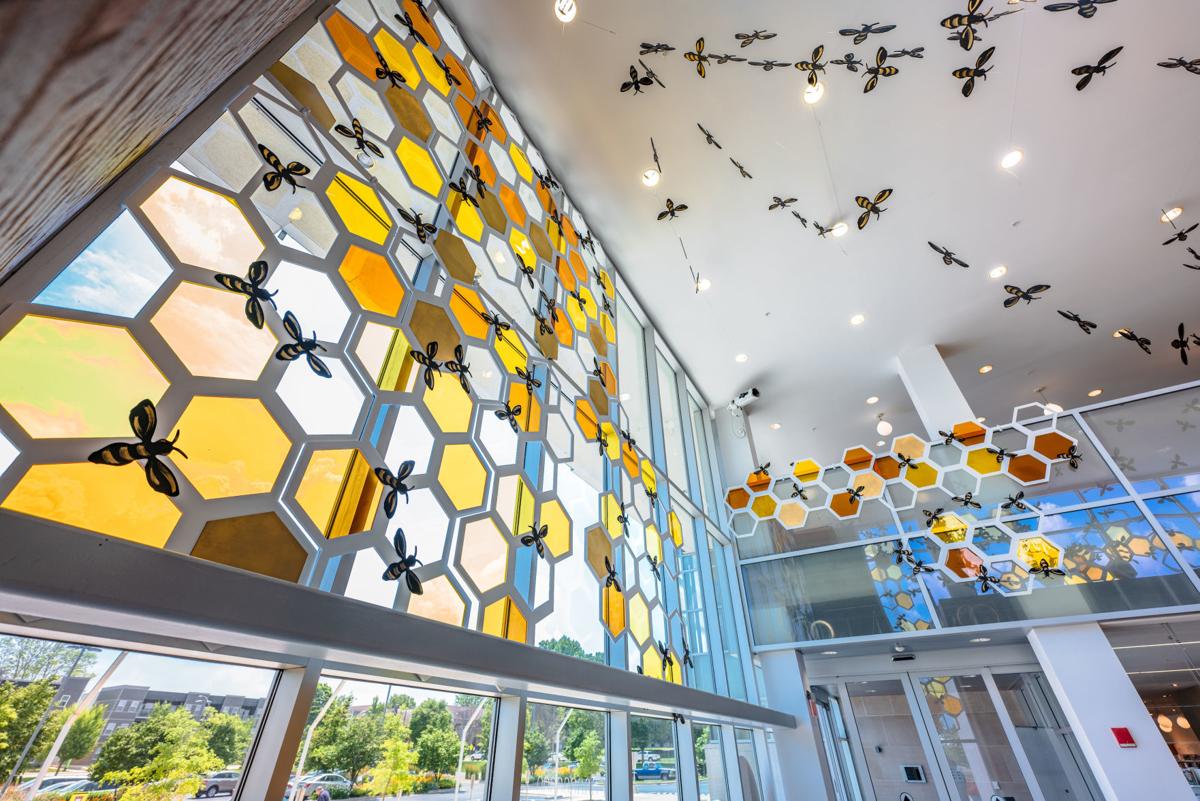 Krannert Center Properties Master Adriane Binky Donley’s art installation in the Champaign Public Library’s atrium, ‘While You Were Away,’ reflects her lifelong appreciation of bees. 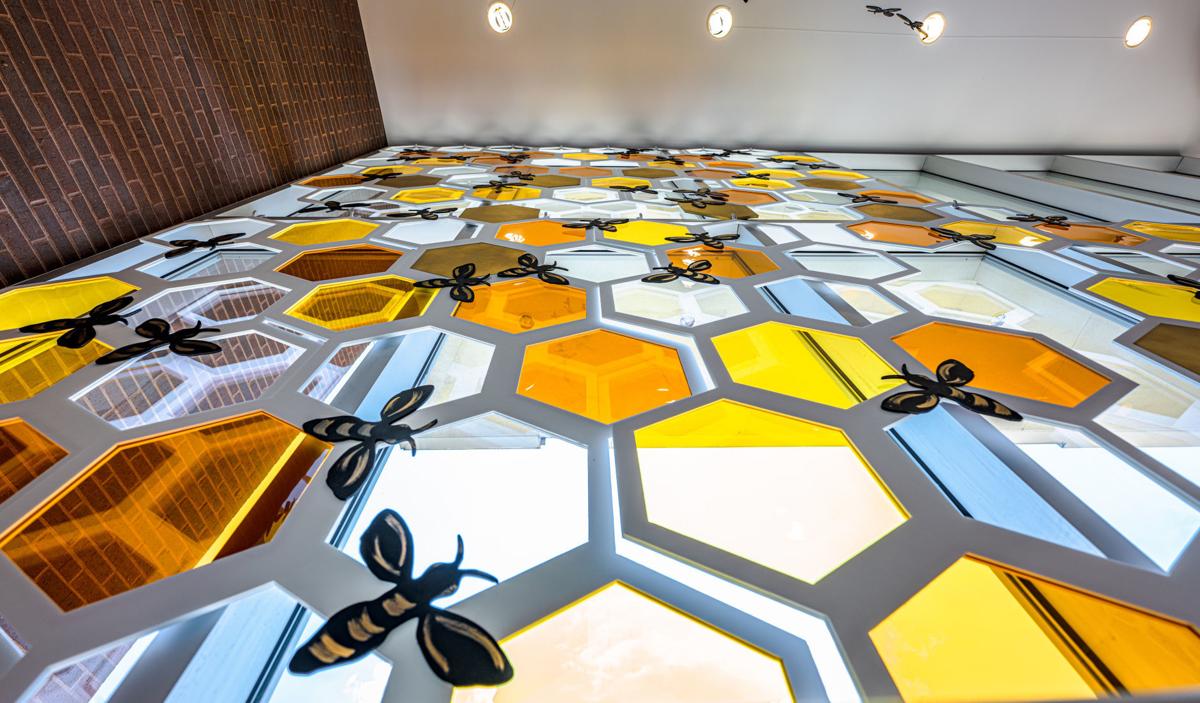 Krannert Center Properties Master Adriane Binky Donley’s art installation in the Champaign Public Library’s atrium, ‘While You Were Away,’ reflects her lifelong appreciation of bees.

CHAMPAIGN — Throughout her life, bees have interested Adriane Binky Donley.

Donley’s father raised bees, and the intricate designs of their honeycombs, the communities they built and the flowers they pollinated made an impact on her.

To this day, the Krannert Center for the Performing Arts’ properties director takes yearly trips with her son to visit bee farms.

“Bees have been represented as something very special or mythical or magical for thousands of years,” she said, “and what they are able to produce, that they take all this nectar and they make this honey, and that they are pollinating all of the flowers, and the hierarchical system within a beehive is so complex and very sophisticated and with a real sense of community.”

For the last several years, Donley has worked with the Champaign Public Library to put on an art exhibit.

When formulating this year’s exhibit, the idea of a beehive’s sense of community came to mind.

The library, after all, is a community in itself.

Then, the exhibit became even more timely.

Donley’s father died in January. In March, that sense of community at the library was temporarily taken away with the closure due to the COVID-19 pandemic.

“I thought all of (a beehive’s attributes) really spoke to all of the positive things in the library,” Donley said.

“I just feel like with everything that happened this year for me and everyone else in the world, it just became an even more poignant thing to put into the library.”

With the library closed, Donley worked a few hours each morning on the project when some of the library’s staff worked.

She affixed giant sheets of foam board to the window to make the outlines of the honeycomb and filled some sections in with yellow and orange lighting gel.

Strung black bees painted with gold stripes on the ceiling and affixed them to the window.

As she worked in an empty, dark library, she decided to name the exhibit, “While You Were Away.”

“When we went into lockdown, one of the things we all missed was being together as a community, seeing people, being out, and I thought, ‘Even when we’re away from these places, nature takes over and life goes on,’” she said.

“I thought, ‘This is a place that’s usually full of people, and (now) it’s such a lonely, sad place.’ I really liked the idea of these bees taking over the lobby while you were gone. It just kind of kept morphing into something more special as time goes on.”

Donley hopes that her project gives library customers a reason to stop, take a breath, and look at something beautiful.

“We don’t have many of those moments, as we get older, where we’re surprised by something, where we can just stand and be in awe of something and just be quiet for a moment and just look,” Donley said.

“It’s a lot of, ‘Go, go, go,’ in our day-to-day, and I try to think of that space where you can just walk into and just take a moment for yourself.”