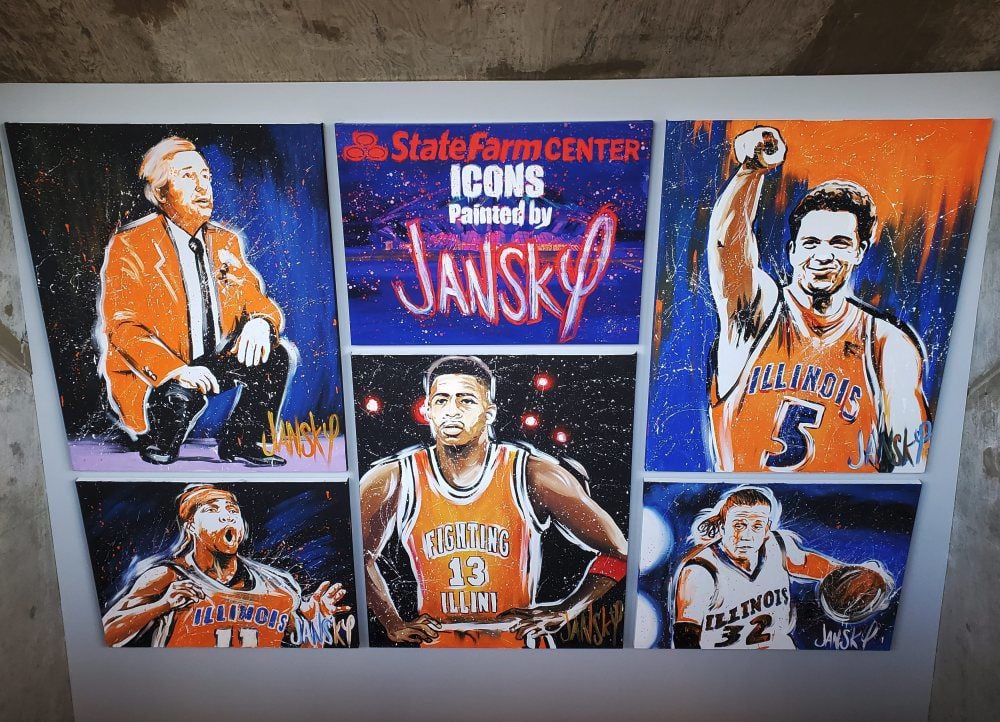 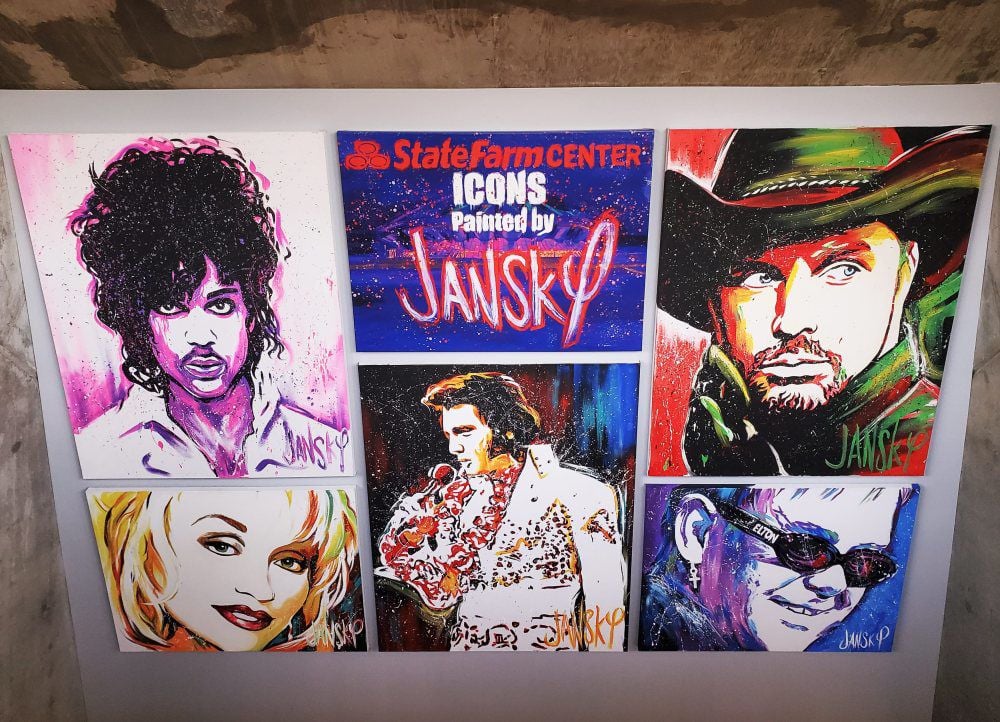 The music panel of Danville artist John Jansky's 'State Farm Center Icons' exhibit, on display at the arena in Champaign.

The music panel of Danville artist John Jansky's 'State Farm Center Icons' exhibit, on display at the arena in Champaign.

CHAMPAIGN — Now on display at the basketball home of the Illini: “State Farm Center Icons,” an art exhibit by Danville’s John Jansky.

Located just inside the main west entrance of the building, the exhibit shows 10 sports and entertainment stars who performed over the years at the arena formerly known as the Assembly Hall.

Said Jansky: “Many of the musicians that have performed at the State Farm Center were the soundtrack to my life and influenced me to want to be an entertainer. It makes sense to display Jansky Art paintings in the very venue that created the memories and emotion that inspired me to become a live art entertainer rather than a traditional art gallery.

“To have my art on display in such an iconic location is beyond what I had ever imagined. I hope that my art adds to the exciting and creative atmosphere of the State Farm Center as well as inspires someone else to live their dreams.”