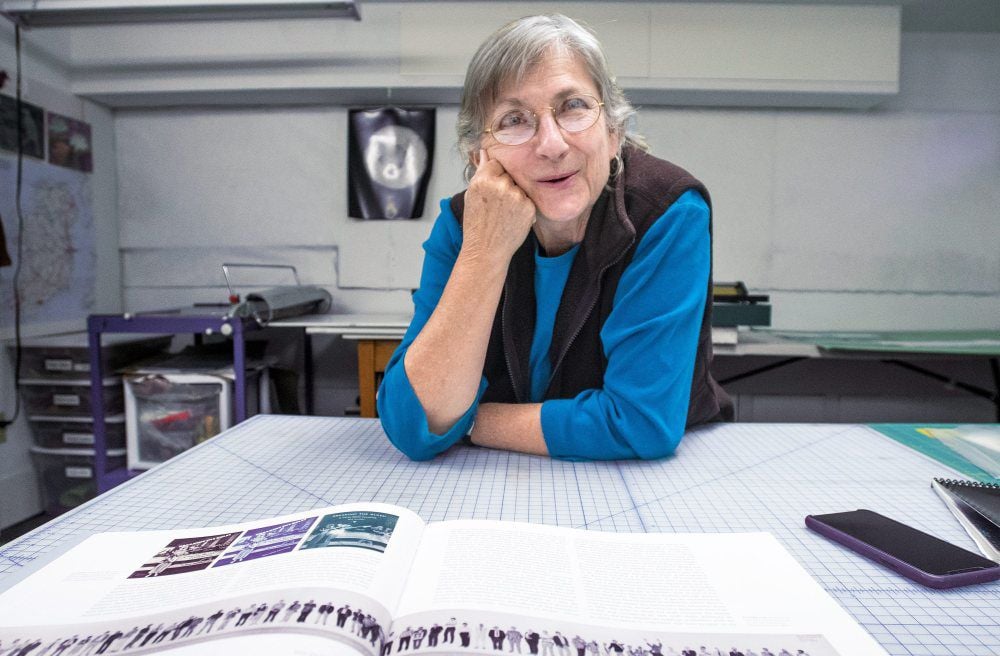 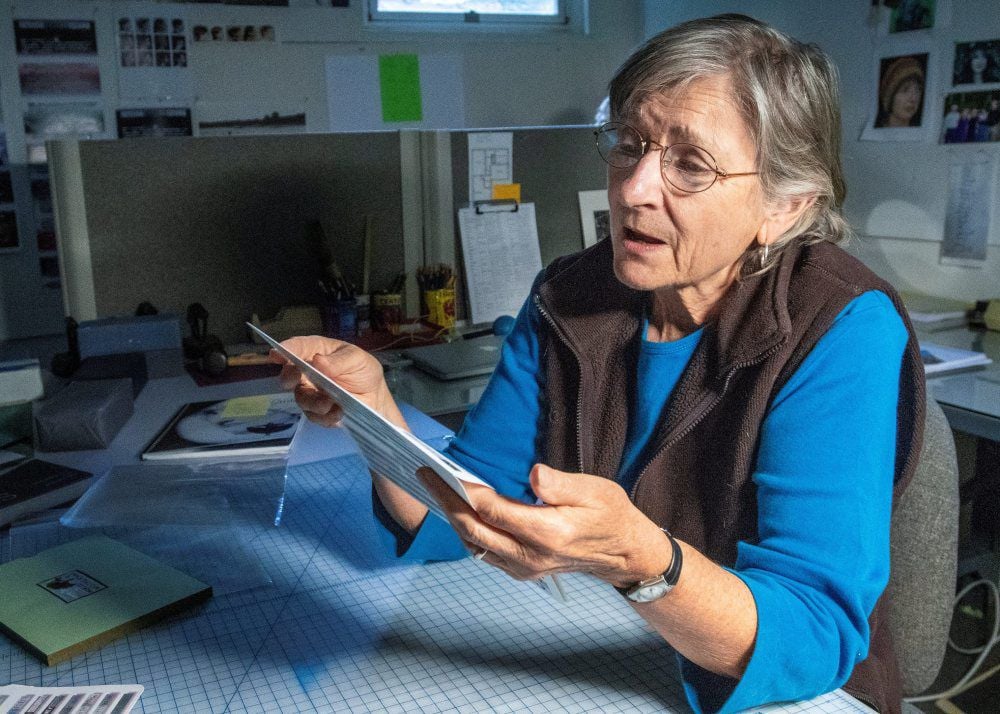 It’s a part of the art photographer’s latest work, “Worlds Motherway,” a poetry book using thousands of photographed names and words from Champaign County’s gravestones to re-tell the stories of Eve, Hester Prynne and Punch and Judy.

It’s an attempt by the longtime experimental photographer and University of Illinois professor emerita to re-feminize the stories of three women whose lives are surrounded by themes of guilt, violence, patriarchy and sexism.

Feminism has always been a central theme in Nettles’ art, along with nature and mythology. But this project is different: There’s the weight of death behind every name she uses.

“There always has to be a reason to be writing with the names of people who have died,” Nettles said.

A pioneer of the kind of time-consuming and repetitive photographic experimentation that’s easy today with a simple Photoshop subscription, Nettles has always pushed the envelope over her 50 years of experience. She’ll be honored with this year’s Lifetime Award at 40 North’s ACE Awards celebration Friday at City Center in Champaign.

Her first exhibit was at New York’s Museum of Modern Art, where her work was featured in Photography into Sculpture. At the time, Nettles said, not many photographers used color because it was so expensive. Her work not only had vivid color, but experimented with new media.

“It jumped out at you,” she said, explaining the sculptural aspect of her MOMA submissions.

Other projects took longer, and didn’t initially achieve the level of success her original works did. Nettles said it took her five years to put together “Mountain Dream Tarot,” a deck of Tarot cards made with photos of her friends and family posing in elaborate costumes.

Nettles finally got worldwide recognition for that project when it made it onto Bruce Springsteen’s 2008 album “Magic,” and could be seen on one of his guitars at his Broadway residency show “Springsteen on Broadway.”

“It’s one of those stories that tells you how incredible the internet is,” Nettles said. “They were looking for something to go on his disc icon, and an Australian person who worked with him said they saw my tarot cards in a magazine. Then I got an email from Sony for permission to use the picture.”

After a two-year tour, Springsteen was presenting his last show in his New Jersey hometown. Nettles thought that might be the perfect time to meet him, and contacted Sony for backstage passes.

“We had a really nice conversation in a locker room and had a photo op that was very nice. He posed with my daughters and others there,” Nettles said. “You know, you make your work and put it out there like notes in a bottle. And you just don’t know where they’ll wash up or who it will influence.”

Nettles is both an artist and publisher, often using her own printing equipment and materials to present her work.

Her studio — a basement getaway at her home overlooking Carle Park — is a three-room maze of cabinets, old photo equipment, past and current projects, and piles of all sorts of textiles, paper and photos.

With works ranging from individual pieces to booklets, strung-together pictures and multi-media projects, Nettles brings forth her dream-like photography into the physical world. But unlike anything that could be done with technology today, Nettles said the physical work of putting together a project is as much a part of artistic creation as the finished product itself.

“It’s all manual,” Nettles said. “Or I guess you would call it analog these days. I wouldn’t enjoy teaching digital today. I retired at the cusp of it.

“For me, art is a meditative process. It’s restorative. It’s healing. Working on something that takes time, working it out, there’s nothing like it.”

Aldo Toledo is a reporter covering local government at The News-Gazette. His email is atoledo@news-gazette.com, and you can follow him on Twitter (@aldot29).