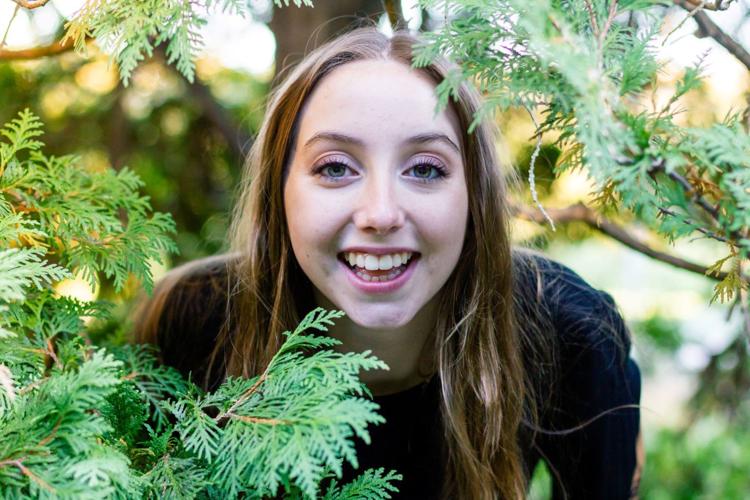 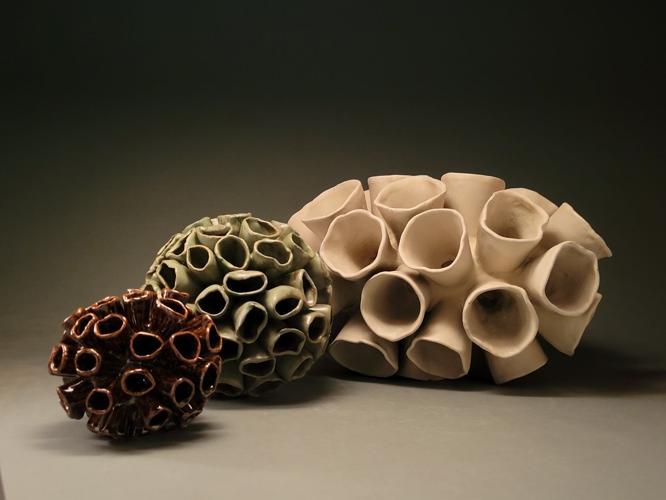 Katy Geurts has a full plate these days.

She works 32 hours each week in The News-Gazette circulation department. She takes classes at Parkland College, where she will complete her degree in the spring. And she spends three to four hours each day on her art.

The latter recently earned the Loda native an award at the Illinois Community College Juried Exhibition, which was hosted by Governors State last month.

Geurts’ ceramic piece “Evolution I” was named Best in Show. Why did she submit that particular piece? “It was mainly the size and the visual interest. It’s just a really abstract form, so I figured it would be received well,” Geurts said.

Besides an honor that will boost her resume, she also picked up a $600 prize.

Each student was allowed to enter up to three pieces of art. All of her entries were admitted for consideration.

“I honestly thought I had a pretty good chance,” Geurts said. “This is my second year doing the show.”

Jori Bassett, a friend and Parkland classmate of Geurts, won a Merit Award for her painting “Treasure Hunter.”

After earning her Parkland degree, Geurts will move to a four-year school in the fall to complete her bachelor of fine arts. She has cut her list to LSU and South Carolina.

“I wanted to go to a university rather than an art-specific school,” Geurts said. “I like a more diverse place to be, with different majors and to be around different people.

“I did choose those schools because they have very good ceramic programs with good professors.”

Ceramics is her favorite art form. Geurts, who turns 21 later this month, also paints and sculpts.

Long term, she would like to be a professional studio artist. Geurts credits her mom, Kim, for sparking her creativity: “She was a really big influence for my art career.”