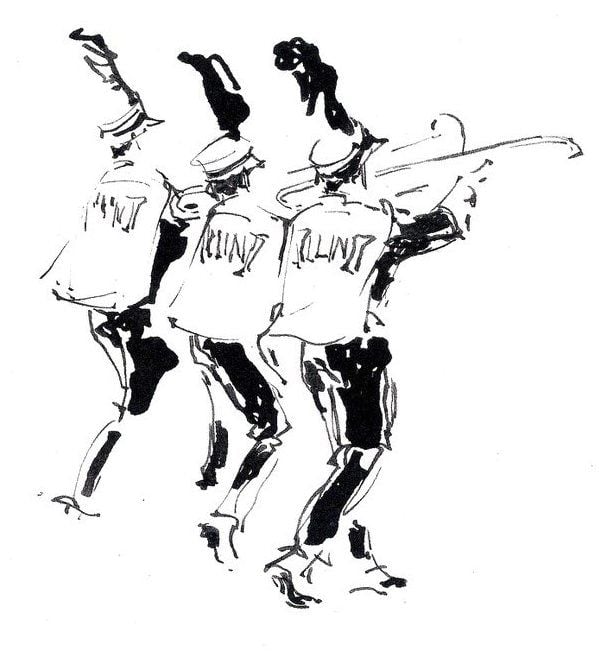 Artist Hua Nian of Urbana has done a series of pen-and-ink drawings depicting the Marching Illini. Her son, Lincoln Taylor, is a member of the band. 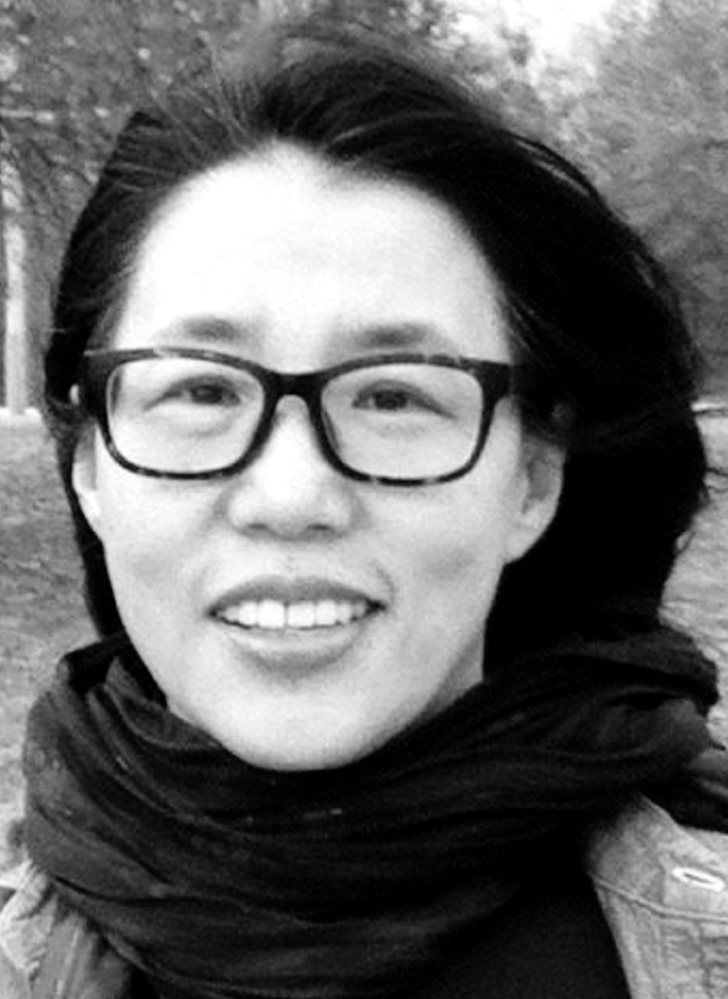 Nian and her husband, Steve Taylor, watched the band’s first performance on a sunny Saturday afternoon. She was “mesmerized by their precision movements, as well as the long cast shadows that tailed them.”

Afterward, director Barry Houser “gave such a heartwarming speech, and the whole marching band shouted in unison on cue in response. I was in tears when they started to sing ‘Hail to the Orange’ in the dark, arms on each other’s shoulders.

“The band’s uplifting spirit, youthful energy, discipline, loyalty, and their commitment to each other impressed me, and I am so proud that my son was among them.”

Nian was hooked. And has the sketches to prove it.

In conjunction with homecoming, Nian is showing her Marching Illini artwork this week at the Harding Band Building.

She has attended many of the band’s performances in recent years. Nian took photos of the Marching Illini, which she turned into drawings (left).

Nian wanted to get the details right.

“To make the images more persuasive, I did have to sneak very close to them after the games when I got a chance, to check how many buttons on their uniform, what is the white thing on their shoes, how the drums attached to the players’ uniforms, and how on earth the black feather plumes attach to their hats,” Nian said. “I also had to draw some instruments just to understand their structures.”

On to my weekend recommendations:

The Buckeyes and Wildcats were originally scheduled to appear on Fox Sports 1. But a rainout in the ALCS forced the switch.

The documentary about legend Judy Garland uses recollections from her third husband and manager, Sid Luft.

“Scheme and Scandal: Inside the College Admissions Crisis,” 7 p.m., CNN

Fareed Zakaria explores the competition at elite schools that led to one of the biggest cheating scandals in U.S. history.