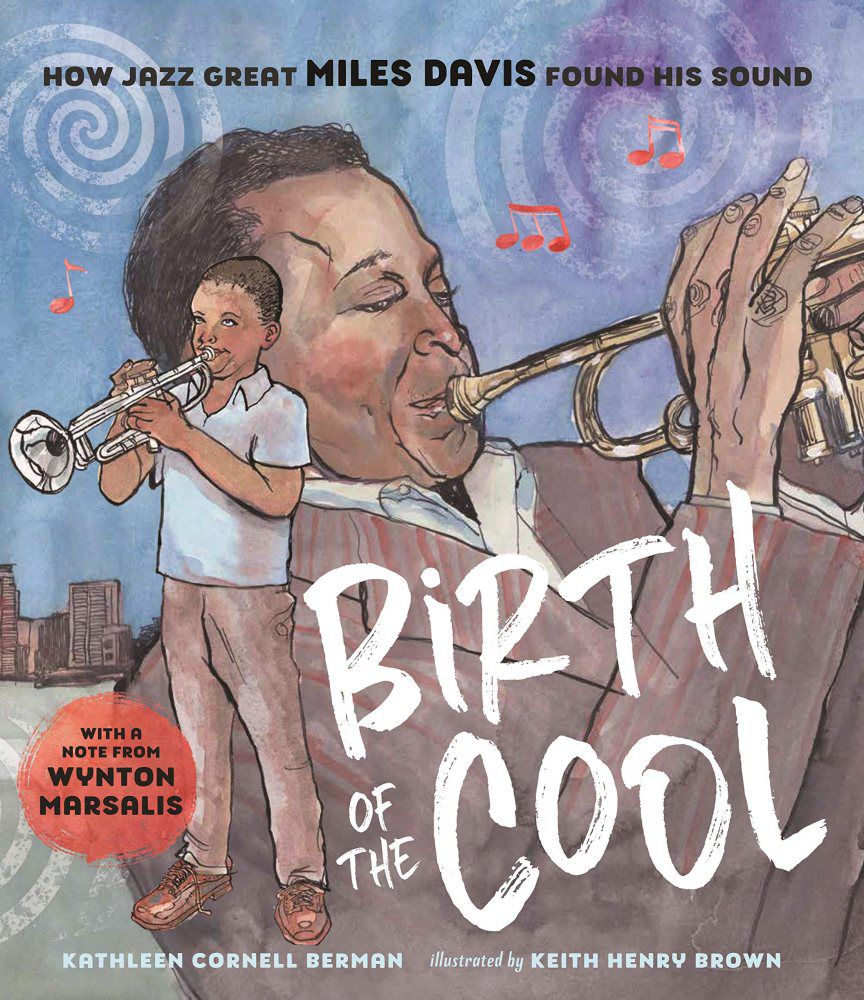 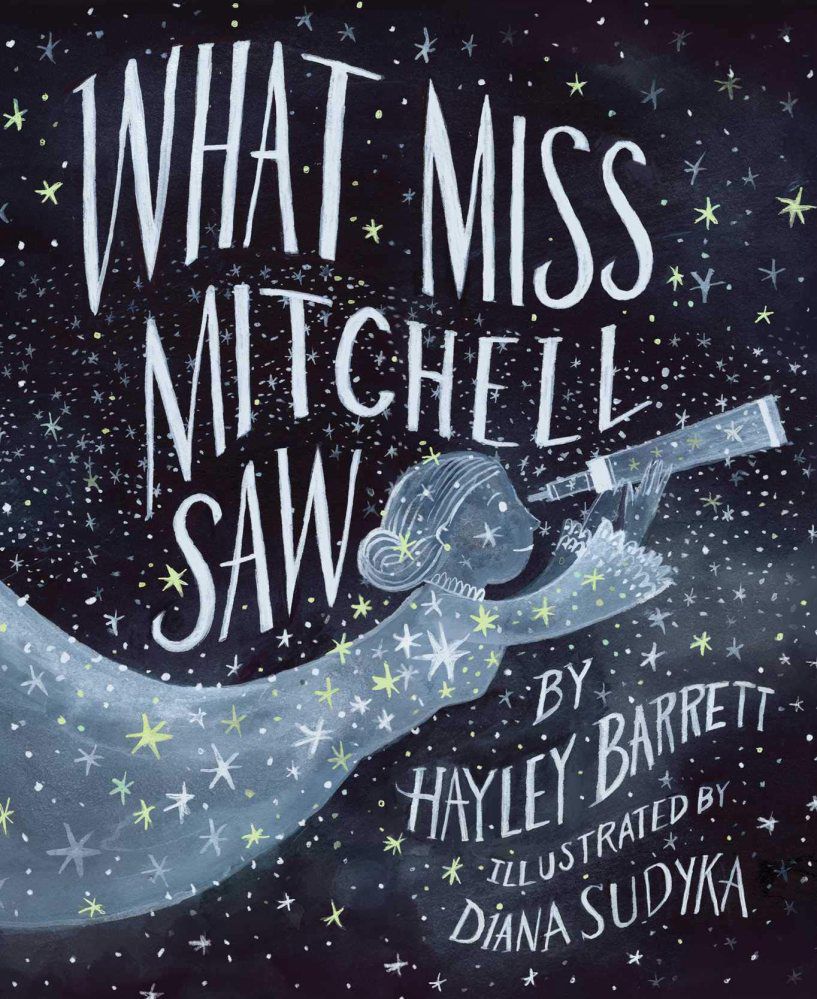 There are many excellent new picture book biographies this year, giving young readers the opportunity to know important people, either well-known figures or little-known heroes.

“What Miss Mitchell Saw” (2019, Beach Lane Books, written by Hayley Barrett, illustrated by Diana Sudyka, ages 5-9) tells the story of a little-known hero, a girl named Maria who is born “in a house tucked away on the fog-wrapped island of Nantucket.”

Her parents whisper her name to her “like a gentle breeze.” As she grows, Maria learns the names of ships and shopkeepers. Her mother sees how trustworthy and steady she is, and sends her to help her father as he observes the night sky. Up to the rooftop they go, where her father teaches Maria to use a telescope and sweep the sky “as thoroughly as she would sweep a room for Mother.”

A brilliant watercolor painting shows their graceful shadows arching across a star-filled sky, along with Father’s words: “Thee must wonder. Thee must watch closely. Then will thee see and know for thyself.”

Maria watches and wonders until she knows the stars, planets and celestial phenomena by name. By her father’s side, Maria helps ship captains calibrate their navigational devices, and when she grows up, she becomes a librarian so that she can continue to study celestial navigation.

Each night, “Maria climbed the steep stairs to her rooftop to sweep the sky.”

And one evening, she sees a “new, nameless patch of light, bright and blurry.  A comet!”

“Thee must tell the world!” her father tells her. The king of Denmark has pledged a gold medal to any astronomer who discovers a new comet with a telescope.

Though others saw it too, Maria’s letter is postmarked first, and after much deliberation, she is sent the medal. It is engraved, “Not in vain do we watch the setting and the rising of the stars.”

“Miss Mitchell saw a comet. The world saw her,” the book concludes.

An endnote gives more information about Maria Mitchell’s life, accomplishments and distinguished career following her sighting of the comet.

Beginning with, “Mornings in East St. Louis, Miles Davis sits as close as he can get to the radio,” we learn about young Miles listening to the swinging sounds of jazz, clapping and swaying.

Later, he watches riverboats “blow pillows of steam while whistling, swishing up the Mississippi River, bringing musicians from New Orleans who play rollicking rhythms in that Louis Armstrong way. The perfect place for a boy who loves music.”

When Miles gets a trumpet for his 13th birthday and begins to play, we read, “Deep breaths, buzzed lips, stuttering, squeaking, sweaty brow, tight face.”

The journey continues as he plays in his high school band, figuring out his own style. When the prizes go to the white kids, anger fuels him to play harder and louder.

“He blows those feelings into something beautiful.”

Miles takes his trumpet everywhere, setting off to New York City to hear the inventors of a new musical movement: Bebop. He’s blown away by the energy of the music. Attending music school, he learns classical music each day and plays with his idols at night!

When he becomes the leader of his own group, “He wails the melody with gripping emotion — his mystical voice hangs like a cloud, leaving space for each listener’s imagination to wander. ... His trumpet is his voice.”

Quotes from Miles Davis appear on each page, and an end note by Winton Marsales finishes this strong biography.

Alice B. McGinty (alicebmcginty.com) is the award-winning author of almost 50 books for children, and runs a summer writing camp for teens called Words on Fire. She just celebrated the release of two books, “The Girl Who Named Pluto: The Story of Venetia Burney” (Schwartz and Wade Books) and “Pancakes to Parathas: Breakfast Around the World” (Little Bee Books).”