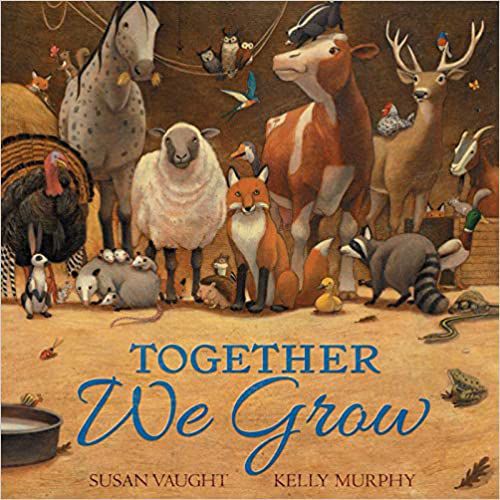 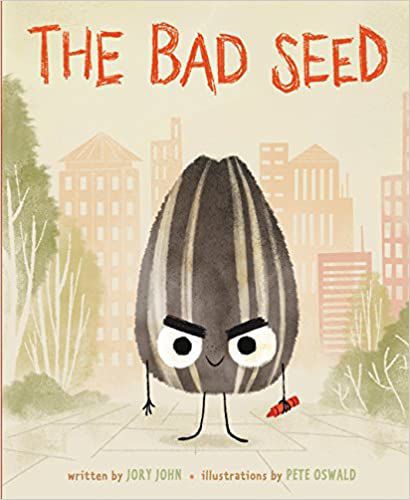 As we struggle through this time of storm and change, here are two picture books about getting through storms with growth, understanding and kindness.

With a stunning watercolor painting of a storm coming and farm animals fleeing toward their barn, “Together We Grow” (2020, Simon and Schuster, written by Susan Vaught, illustrated by Kelly Murphy, ages 3-7) begins.

“Lightning gash! Windy lash! Rain and thunder. Home asunder.” We see a mother fox and her babies running scared from the storm toward the shelter of the barn. But the animals in the barn don’t want the foxes to come in. “Go away! We’re full today!”

“Rain-soaked, lonely,” we read as we see the foxes standing in the rain. Then, seeing the figure of a small duckling standing in the light of the open barn door ... “A hope. If only ...” The next spread, wordless, shows the duckling and mama fox, connecting beak to nose in the rain.

“Drying tears. Calming fears.” The watercolor vignettes on this spread are priceless — duckling and foxes making friends, as the other animals look on through the window of the barn. “Learn and show. Together we grow,” the text says, as the page turn shows the animals coming out of the barn to greet the family. Over the next several spreads we see them interacting as they shelter together from the storm and celebrate their differences, “Shell and scales, love prevails!” Finally, as the storm passes, “There is room, there is room, there is room for us all,” the story ends.

“The Bad Seed” (2017, HarperCollins, written by Jory John, illustrated by Pete Oswald, ages 3-7) begins with a watercolor portrait of a sunflower seed, dark eyebrows drawn into a scowl, telling the readers, “I’m a bad seed.” Turn the page for an intense close-up of his face. “A baaaaaaaaaaad seed.”

This is verified as we see all the other seeds, an arrangement of peanuts, corn and more, with big expressive eyes and stick-figure arms and legs, mumbling about just how bad the seed is.

How bad is he? He never puts things back where they belong, is late to everything, never listens and cuts in line every time. He can’t help it, he says.

Then we learn that he wasn’t always bad. He was born on a simple sunflower, part of a happy family. But then the flower drooped, the seeds fell, and it all became a blur (the illustration shows a large rake overhead and the terrified seeds running). Next there was the bag, and then “a giant!” (a man eating sunflower seeds at a baseball game). But the seed was spared, as he was eaten and then spit out ... THUD ... under the bleachers. When he woke up in the dark, on a wad of gum, bruised and battered, something had changed. “I’d become a bad seed.”

Keeping to himself, he drifted. “I was friend to nobody and bad to everybody.” He didn’t care. “Until recently,” the seed said. He made the decision not to be a bad seed anymore. He was ready to be happy instead. “It’s hard to be good when you’re so used to being bad,” but he took it one day at a time. And though he wasn’t perfect, and still showed up late, he also said thank you and please, and he smiled. “All I can do is keep trying. And keep thinking, maybe I’m not such a bad seed after all,” he said. This story is cleverly told, straightforward and all about real growth and change.

Alice B. McGinty (alicebmcginty.com) is the award-winning author of almost 50 books for children, including the newly-released picture book, ‘The Sea Knows’ (Simon & Schuster). She just launched a new website, NewsFromTheHappySide.com.