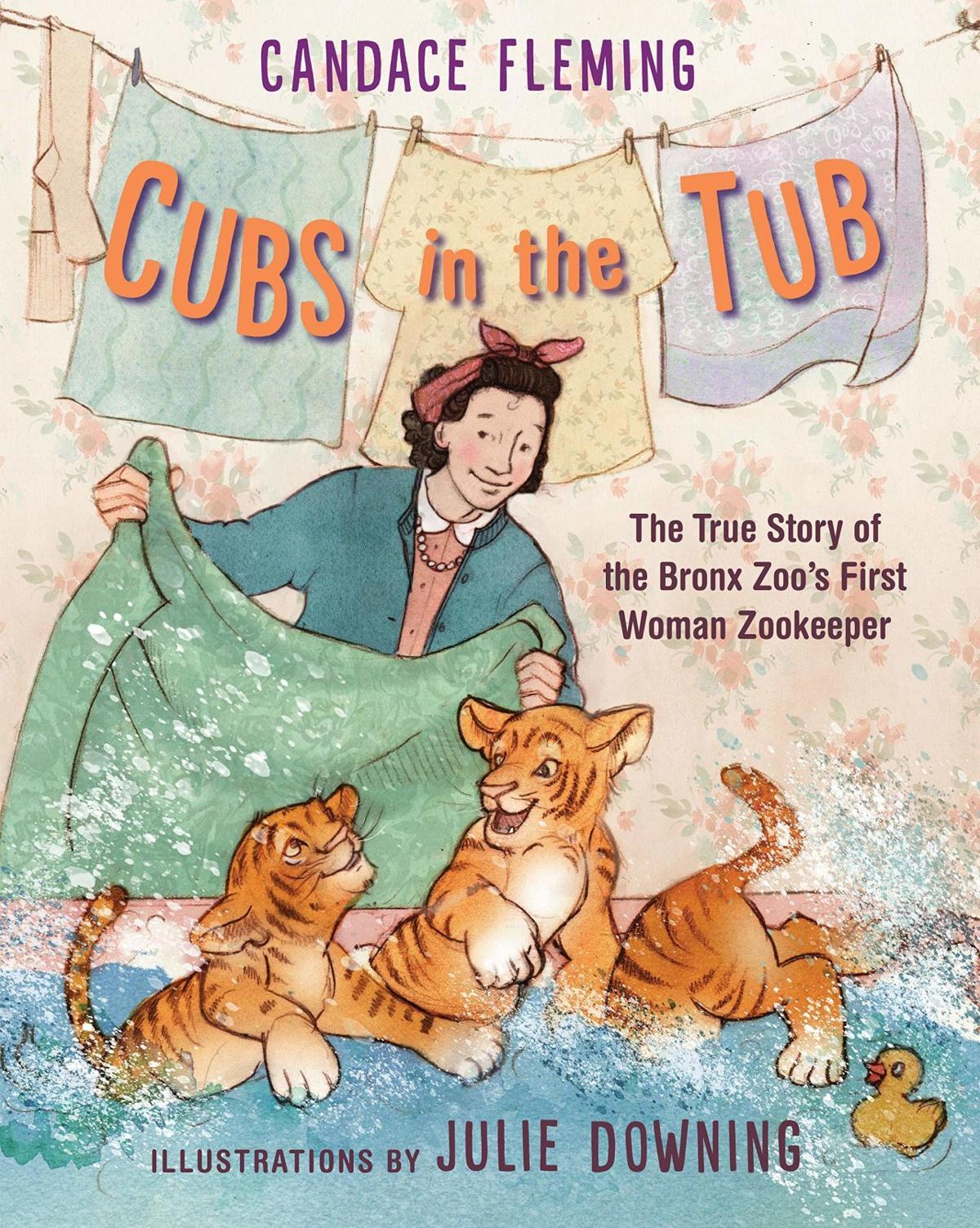 'Cubs in the Tub' 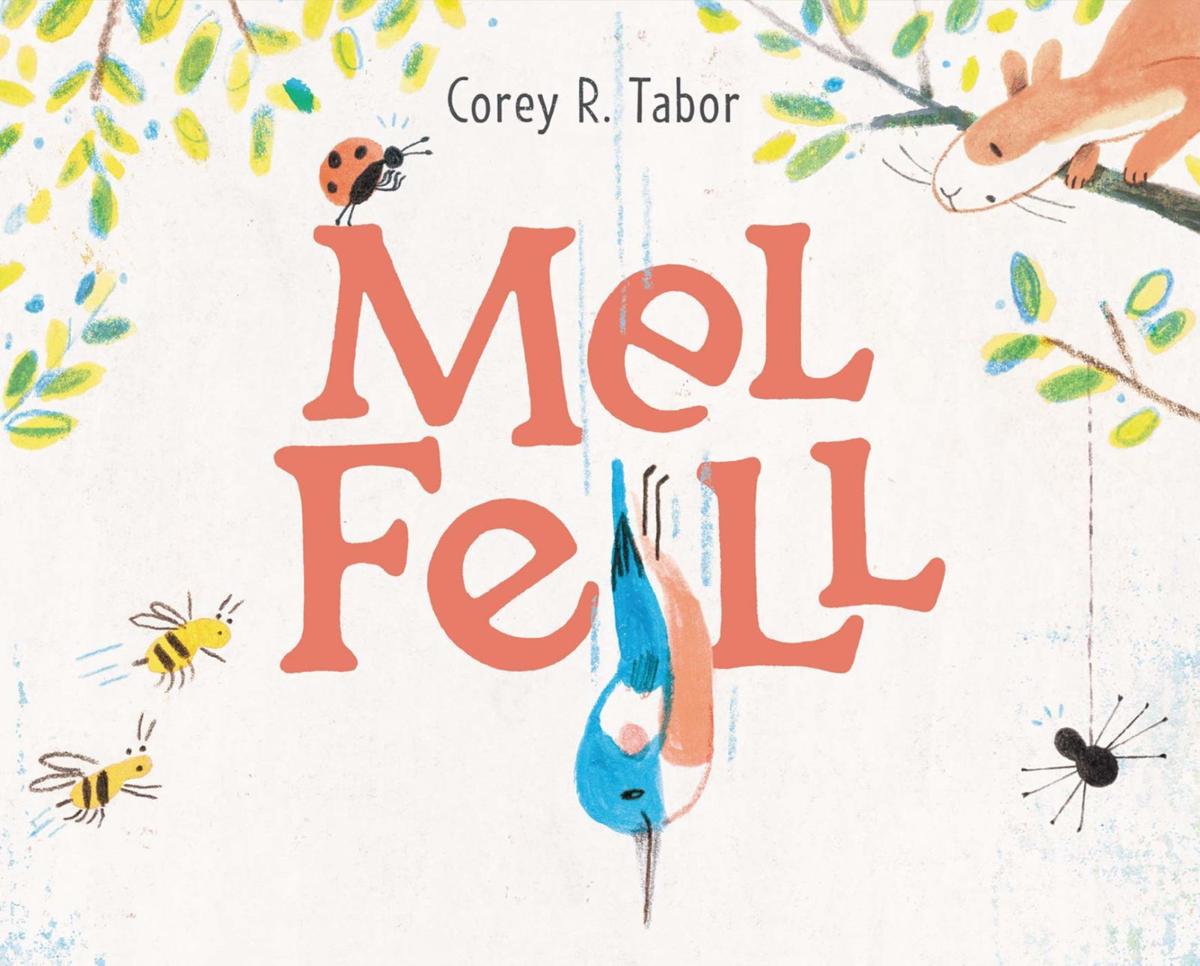 'Cubs in the Tub'

I am honored that my book, “The Water Lady: How Darlene Arviso Helps a Thirsty Navajo Nation,” is included on this list, accompanied by many wonderful books. Here are two other great books on the list:

“Fred and Helen Martini longed for a baby,” we read, as the warm, vignette-style illustrations show Fred going off to his job at the Bronx Zoo while Helen stays home “to dream and plan” for a baby.

“But still, there was no baby … Until,” Fred comes home with a newborn lion cub unable to be cared for by its mother.

“Just do for him what you would do for a human baby,” Fred tells Helen. Using the tub, bottles and crib she’d bought for her own baby, Helen bathes, feeds and cares for the cub.

Scrapbook photos show his first tooth and steps, and we follow his growth. “What joy it was to have a baby in the house.”

However, after two months, officials decide to send him to a zoo in another city.

Helen raises them again, as playful text and illustrations show the cubs’ emerging personalities. “What a joy it was to have three babies in the house.”

But after three months, a car comes to return the cubs to the Bronx Zoo. “Not without me this time,” Helen says.

And she goes with them with blankets, bottles and toys. Nobody notices Helen, so she stays — and begins to dream and plan again, turning an empty store room into a nursery where she and the cubs spend the night.

Finally, the zoo officials catch on.

“My babies need me,” Helen responds.

“So they do,” the officials agree. They offer her a job, and she becomes the first woman zookeeper at the Bronx Zoo.

Right away, we know this book is unique because it opens with the spine on top.

“One day, when Mama was away, Mel decided it was time to learn to fly,” the story begins.

“Yes,” said Mel. “But I won’t let that stop me.” Though her brother points out that it’s a long drop, Mel knows today is the day she’ll fly. The textured mixed media drawings bring to life the small, plucky kingfisher bird and her home high in the tree.

“See you soon,” Mel says, and she jumps, flips, spreads her wings … and falls!

As she passes the squirrels (who were quite fond of her), they can’t catch her. The bees (zzeezill!) barely slow her down. The spider tries to lend a hand (or eight). “But still Mell fell.”

Until … Splash! She plunges into the water! Then, as the reader rotates the book, we see Mel kicking through the water, catching a fat little fish in her beak, leaving the water, and flying!

Mel flies up past the spider (who claps all eight hands), bees (huzzzzah!) and squirrels, who race her to the top, where Mama is waiting. An end note tells more about kingfisher birds.

Alice B. McGinty (alicebmcginty.com) is the award-winning author of almost 50 books for children and is taking registrations for her Words on Fire Writing Camp for Teens this summer at wordsonfirecamp.wordpress.com.