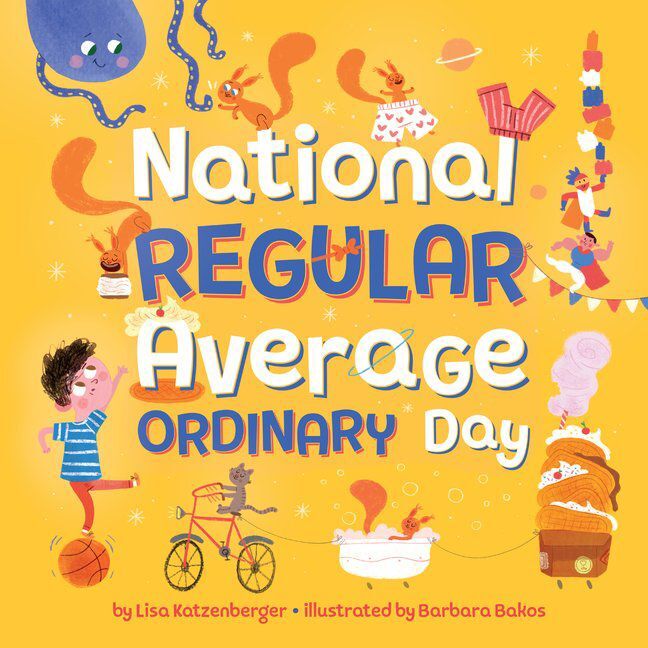 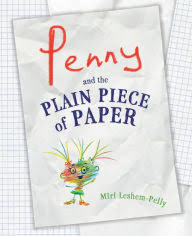 Two new picture tales of turning the ordinary into extraordinary

In “Penny and the Plain Piece of Paper” (2020, Philomel Books, written and illustrated by Miri Leshem-Pelly, ages 3-7), the colorful doodled character of Penny is bored on the plain piece of paper where she lives. So, off she goes!

Her first stop is a newspaper, where she “walked along endless rows of small letters that told interesting stories,” and meets “Mr. Important.”

“Can I pose for a picture too?” Penny asks him. He tells her to stand straight and hold her head high, but Penny has a better idea. The photo of a shocked and rattled Mr. Important seeing Penny upside down on her hands is a treasure, Penny’s colorful figure jumping out in childlike joy against the sepia newsprint.

“All things here must be serious,” Mr. Important says. “That’s the rule of Newspaper.”

Penny doesn’t like that rule, so she moves on … to a map. There she meets Compass and wants to swim in the lake, but she’s not on the legend. “Only things that appear on the legend can be here. That’s the rule of Map,” Compass says. So Penny leaves …

… and jumps onto a piece of graph paper, where she meets Rectangle, who tells the playful Penny that she must fit inside a shape. Squeezing inside a triangle doesn’t work, so she’s off again.

Next, it’s colorful wrapping paper, where two children give her party hats and presents. All seems right until she meets the children again. And again. “We must repeat the same thing over and over,” the children say. “That’s the rule of Wrapping Paper.”

Dizzy, Penny leaves, next visiting a coloring book. But being told by Mama and Baby Bear that she must remove her colors and give herself a black outline, the rule of coloring book, she returns to her original piece of paper.

Now, though, she has another idea to make things better. Sending off paper airplane invitations, she invites all the friends she’s met to her paper. “Let’s make our own rules!” she tells them. And in a beautifully rendered collage illustration, they do.

Miri Leshem-Pelly, a celebrated Israeli author-illustrator, is doing a virtual event at Chicago-area’s The Book Stall on Saturday at 10:30 a.m. CST, where she’ll read the book and teach readers how to draw Penny. To sign up, visit thebookstall.com/event/saturday-storytime-miri-leshem-pelly-penny-and-plain-piece-paper.

“So Peter created a plan to make sure there would always be exciting new ways to have fun. He would find a different holiday to celebrate each day!”

“But one morning, Peter woke up to a disappointing discovery. There was NO HOLIDAY!”

He tried to make up holidays. But “National Ride Your Bike with No Hands Day” only earned three stars, and “National Walking Backward Day” only two.

The pictures will have readers in hysterics! He tries combining holidays (like National Eat What You Want Day and National Dance Day) to more disastrous results.

However, as he sits, bored, in a box waiting for the day to end, he realizes the box can become a race car or a rocket.

His neighbor comes by, and they play “regular, average, ordinary games,” and others join in, until their block is bursting with activity.

Peter realizes he “didn’t need something special to do every single day to stay entertained. An ordinary day could be fun, too. He even gave it a name: National Regular Average Ordinary Day. And that was something to celebrate.”

See the author’s website for a free downloadable activity kit to accompany the book: lisakatzenberger.com/books.html.

Alice B. McGinty (alicebmcginty.com) is the award-winning author of almost 50 books for children and regularly celebrates joy through her website and newsletter, newsfromthehappyside.com.