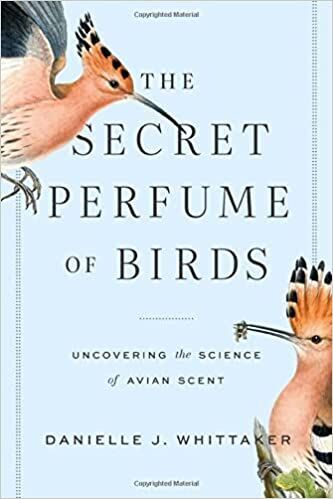 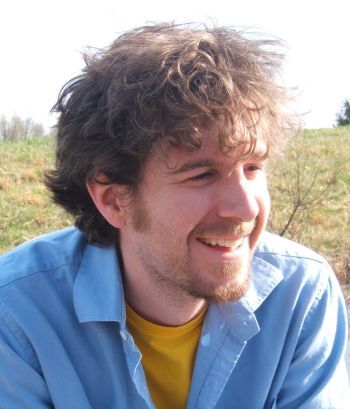 Have you ever been told that it’s OK to return a baby bird to its nest because its mother has no sense of smell and won’t be able to tell the nestling has been handled?

According to Danielle J. Whittaker, you should return nestlings, but not because birds can’t smell.

Her research indicates that they can; they’re just not very concerned about human odors.

It was the title, “The Secret Perfume of Birds: Uncovering the Science of Avian Scent,” that drew me to this book, along with the lovely illustration of hoopoes on the cover, but I was delighted to discover that it’s not only entertaining, but full of information about Whittaker’s research into the avian sense of smell, along with fascinating insights into her career in academic natural sciences.

Preen oil is a substance produced by a gland above their tails, which many birds rub into their feathers with their beaks.

It helps make some birds waterproof and keeps mites away from feathers in other birds.

Whittaker has shown that for some birds, such as juncos, the odor of preen oil plays an important part in their social behavior, impacting the choice of mates, recognition of relatives and signaling of territorial aggression.

When asked why she studies juncos, a very common bird (we see many of them here every winter), Whittaker gives an important reason: access.

Her previous research subject was the Kloss’s gibbon, which lives hundreds of feet overhead in the jungle canopies of Indonesia.

She writes of tracking them throughout the jungle, during which, as soon as they spotted her, they would screech, fling feces and then run away through the treetops.

A small, docile bird that doesn’t mind being caught and banded is much more amenable to study than an elusive primate.

Their being “common” also makes juncos special in another way: Much of what is learned about them can also be applied to other sparrow-like birds.

The book also has little snippets of memoir, sections about what it’s like to apply for jobs at research labs and a fun interlude (which she still connects to science!) on how roller derby changed Whittaker’s life.

This makes “The Secret Perfume of Birds” the perfect read for someone who wants to know what being a scientist might be like.

Whittaker’s career trajectory is unique, but you’ll get a great idea of how a scientist thinks and also of the types of obstacles and considerations that can pop up in a life of science.