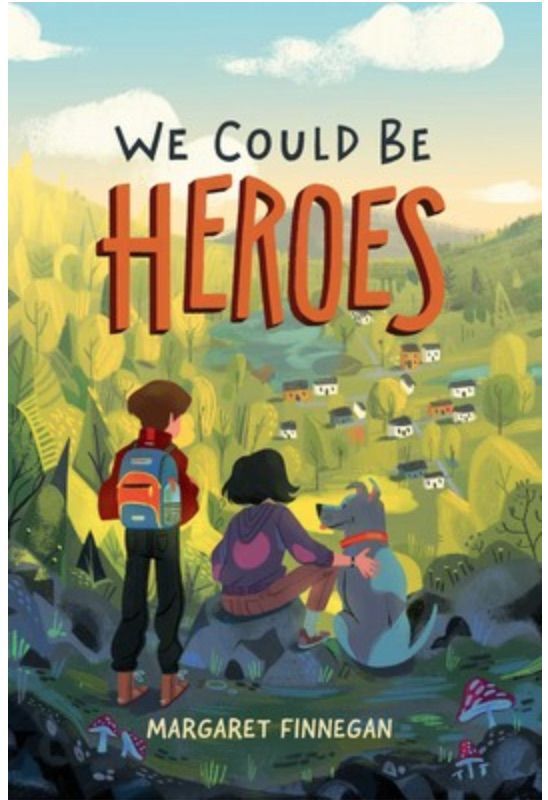 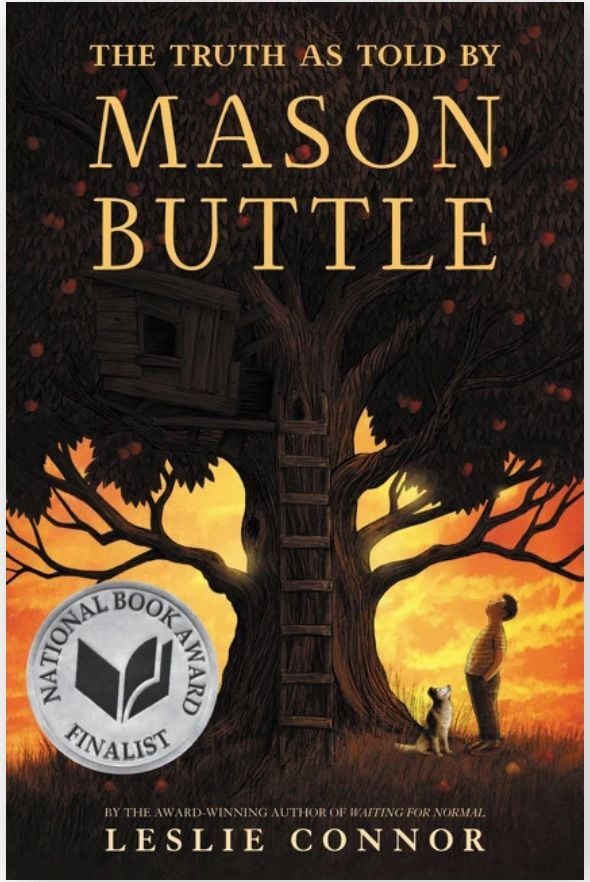 Recently, I’ve read two books that have dogs in their center. I realize dogs are not a new literary device, but these books made me especially appreciate the power of a dog in a child’s life and in a child’s story.

“We Could Be Heroes,” by Margaret Finnegan (Atheneum Books, 2020), features a girl, Maisie, who befriends Hank. Hank came to Maisie’s attention when he got suspended for trying to burn a book in the boys’ bathroom at school. This book, which his teacher, Mrs. Vera, reads from every day, is centered on a boy trying to escape Nazis. It upset Hank so much he had to get rid of it.

Hank loves rocks more than anything. He brings three different rocks to school every day. Maisie’s parents are geologists, so she invites him to her house to see their rock collections.

But Maisie has ulterior motives, which involve her neighbor’s dog, Booler. Maisie thinks the neighbor is neglecting this dog. He keeps Booler tied to a tree in the yard because the dog has seizures, and if he stays in the house he might hurt himself. Maisie tries to enlist Hank to help her take Booler and give him a better life. What ensues is hilarious, marvelous and moving.

In the other book, “The Truth as Told by Mason Buttle,” by Leslie Connor (Katherine Tegen Books, 2018, National Book Award finalist), Mason also loves his neighbor’s dog, Moonie, who “has the best tail that ever grew off the back of any dog.” But Moonie belongs to Mason’s tormentor, Matt Drinker.

Mason is being raised by his grandmother and uncle. They live on the family apple farm, though after his grandfather died and his mother was killed and then they had two bad seasons, his uncle sold off parcels of the land, bit by bit. On each parcel a new subdivision springs up.

Mason’s best friend since first grade, Benny Kilmartin, died the year before this story begins — from an accident. However, readers soon learn that, because the tree house ladder had been tampered with, some people think Mason was responsible.

Trying to solve this mystery is one key thread in the story.

As the story begins, Mason makes a new friend, Calvin Chumsky, who is as tiny and thin as Mason is enormous. When Mason first meets Calvin, he thinks it “looks like someone made him out of paper clips and Scotch tape.” To see them together is one of the most charming friendships I’ve seen portrayed in kids books.

In addition to both books having dogs, many characters in each of these stories are multidimensional. Several have some differences — some medical, some not. In “Heroes,” for example, Hank has autism, and when his feelings get the better of him, he likens himself to a’a. A’a, a phenomenon he read about, is a kind of lava flow where the two layers cool at different rates, so the top is prickly and sharp and the bottom is very dense.

Hank has many coping techniques, but he still struggles. He already has a new baby brother, so when Maisie suggests Hank could take Booler, he thinks:

“Booler was a sad dog, and seeing such a sad dog made Hank sad, but Hank was not a metamorphic rock. It was a very interesting fact that metamorphic rocks withstood high heat and pressure until they turned into a whole new kind of rock, but he could not have pebbles and sand and baby brothers and dogs globbing onto him, changing him, changing his world. His fingers folded around his rocks and his fist began to swirl …”

Mason Buttle has severe dyslexia. He is also very large for his age and has “diaphoresis,” a condition that causes him to sweat so much that he has to change into a second shirt at lunch every day. But he also sees colors for emotions, has a loving family, some supportive teachers and Calvin.

Both these books have marvelous dogs and many marvelous, well-developed characters, with a wide range of differences, some more visible than others. Both “Mason” and “Heroes” have earned a place on my bookshelf, to be revisited again and again.

Deb Aronson is an Urbana-based author whose nonfiction book about famed racehorse Rachel Alexandra is “a girl-power story on four legs.”