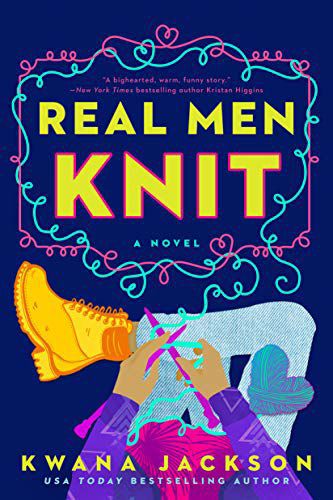 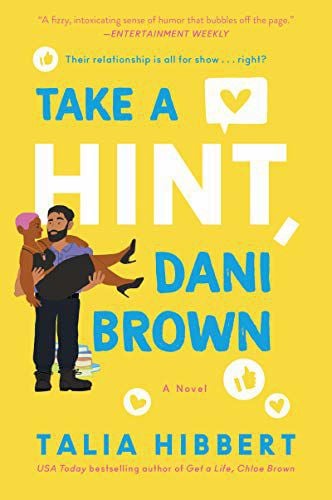 Summer is beach-read season, a time when readers are looking for books to take on vacation.

“The beach,” circa 2020, is more likely to be a kiddie pool in the backyard than an actual beach, but light, entertaining reads can still sweep readers into a different world.

— “Real Men Knit” by Kwana Jackson is the first in a new series about the Strong brothers, four young men who were adopted by Mama Joy, who owned Strong Knits, a Harlem knitting store.

Mama Joy has passed away unexpectedly, and the brothers gather to decide what they’re going to do with the store. The consensus is to sell the store and building, but Jesse Strong wants to take a chance on running it. His brothers are skeptical — while Jesse often has great ideas, he tends to lose interest and forget to follow through — but he convinces them he’s serious.

It helps that long-time employee Kerry Fuller is willing to stick around and help. Kerry has been Mama Joy’s right-hand woman for years, and she knows the business well. If anyone can keep Jesse on the straight and narrow, it’s Kerry.

Kerry is close to landing her dream job, but her love for Mama Joy and the people who find community at Strong Knits convinces her to put her energy into keeping the store successful. The store’s success becomes imperative when the Strong brothers discover that Mama Joy took out a loan that’s about to come due, and if they can’t pay it off, they’ll lose not only the store, but also the building.

They need a splashy reopening to save Strong Knits that will require creative thinking and a close partnership between Jesse and Kerry.

As the two work together, they realize that their feelings aren’t as platonic as they used to be. But will their affection last once they’ve relaunched Strong Knits, and can Jesse stick with both the business and with Kerry?

Jackson’s characters are thoughtfully developed, independent people who are coping with their grief over Mama Joy’s untimely death and with the struggles typical to adults in their late 20s and early 30s: finding a career that brings happiness and stability, maintaining friendships and family relationships and finding love. It’s a feel-good story full of heartwarming moments and genuine laughs — and it may inspire readers to get out their knitting needles and make something beautiful.

— Another feel-good love story worthy of a lazy summer afternoon is “Take a Hint, Dani Brown” by Talia Hibbert, the second in her Brown Sisters series.

Dani is a Ph.D. student and workaholic with a laser-sharp focus on her goals. Zafir is the security guard in her university building. Every morning, Dani brings Zaf coffee, and Zaf gives Dani a protein bar. They laugh with each other and flirt occasionally, but it’s nothing serious.

One afternoon, Dani is trapped in a rickety elevator during an emergency drill, and Zaf helps her escape — and carries her out of the building in his arms. (He’s a former rugby player; they are very strong arms.) The rescue is caught on tape and goes viral, which brings attention to Zaf and his charity, which supports mental health in boys and young men.

Of course, the attention is there because people think the two are in a relationship, so they decide to fake it for a few weeks until the attention dies down. Dani lays out some ground rules: She doesn’t do love, romance or relationships. Zaf reluctantly agrees, even though he’s had a crush on Dani for ages.

And while the physical attraction is powerful, they keep their deal, at least for a while. But eventually, emotions work their way in, and the duo find themselves at a crossroads.

There’s a point where Zaf is talking about his love of romance novels, which he picked up while grieving the tragic deaths of his father and his older brother. Zaf describes them as “book after book of people facing their issues head on, and handling it, and never, ever failing — at least, not for good.” This is an apt description of Hibbert’s novel: two flawed people facing their issues head on, and while they do fail, the failures aren’t forever; they’re bumps on the path toward happiness and fulfillment.

And at a time like this, what could be more enjoyable than spending some time with interesting characters who are fumbling their way to happiness?