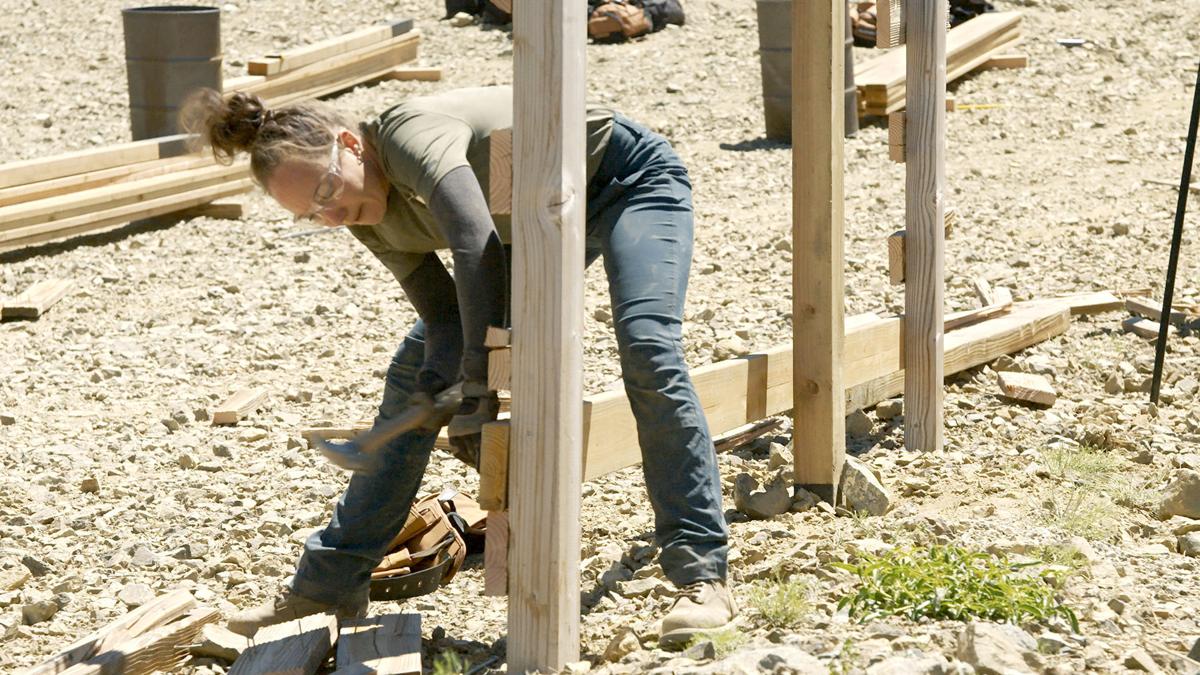 Mansfield’s Kelsy Reynolds repairs a snow fence on Mt. Baldy, the highest peak in Los Angeles, during an individual challenge on a recent episode of CBS’ ‘Tough as Nails.’ 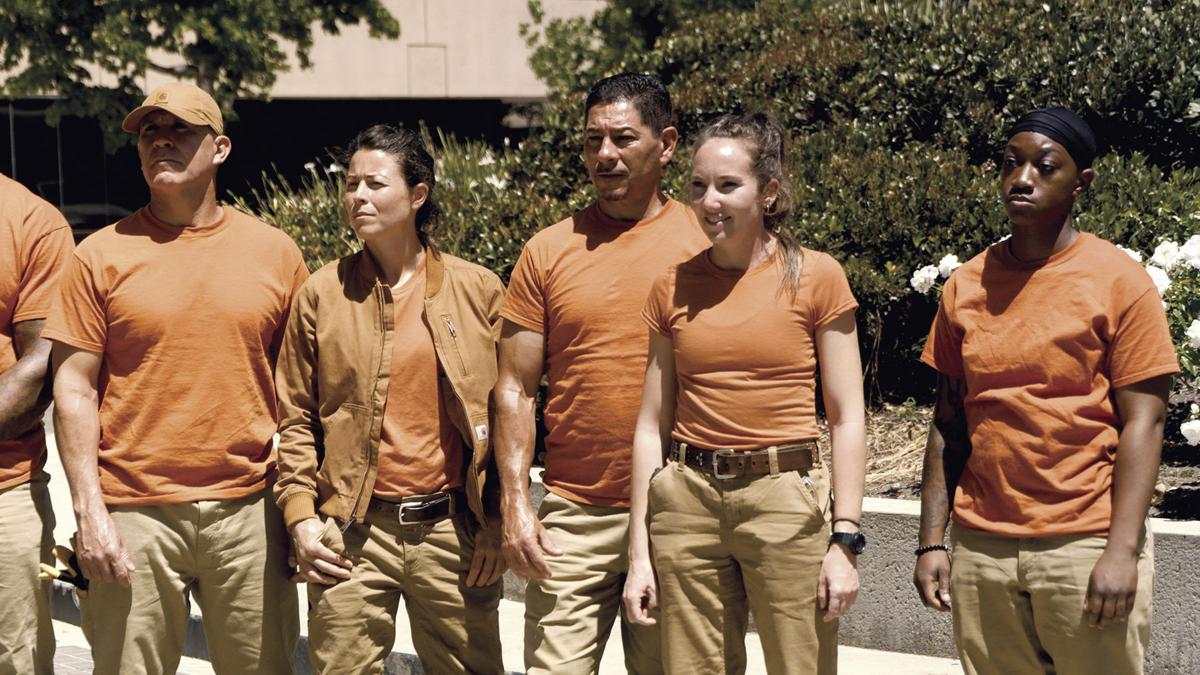 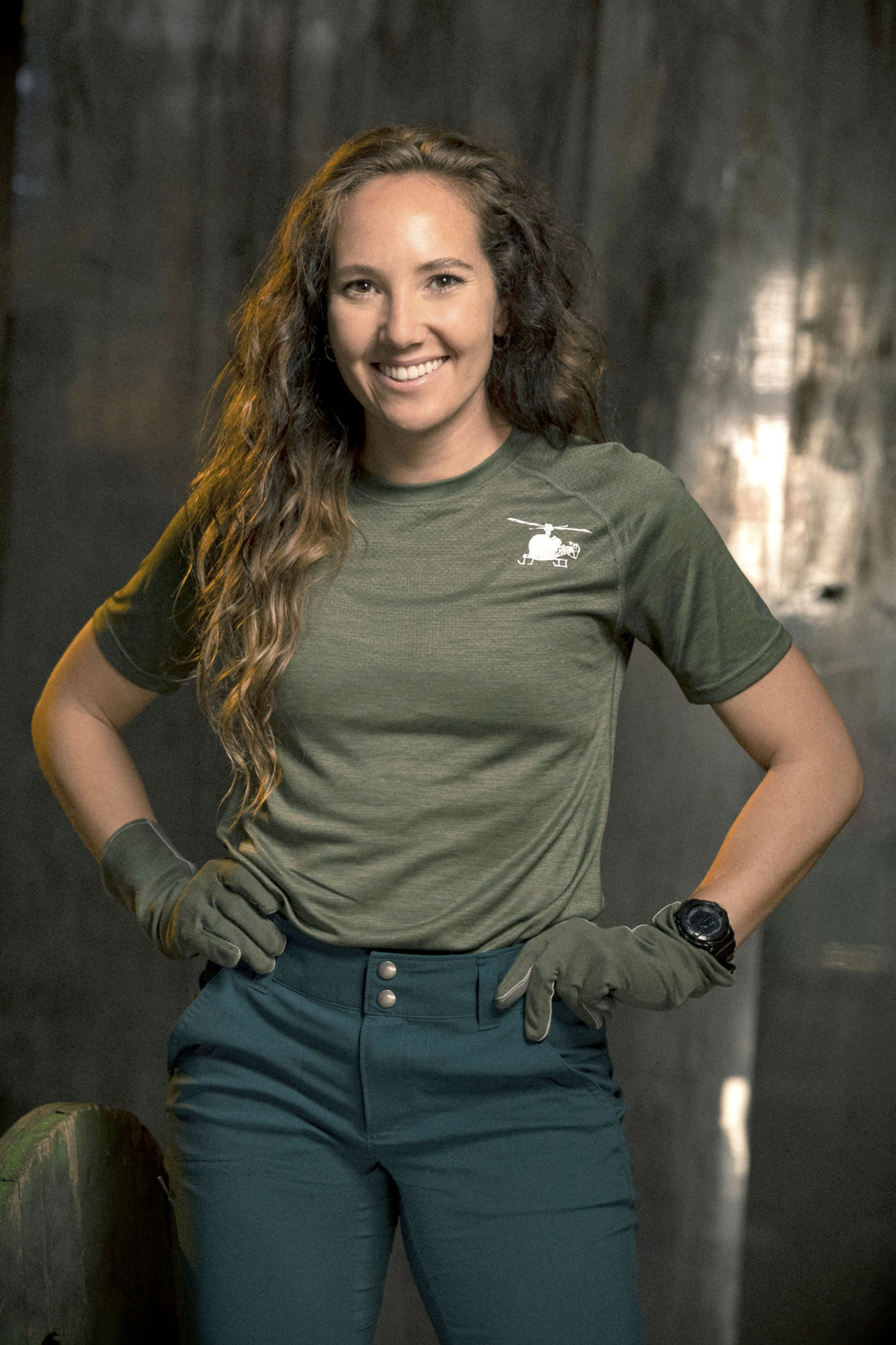 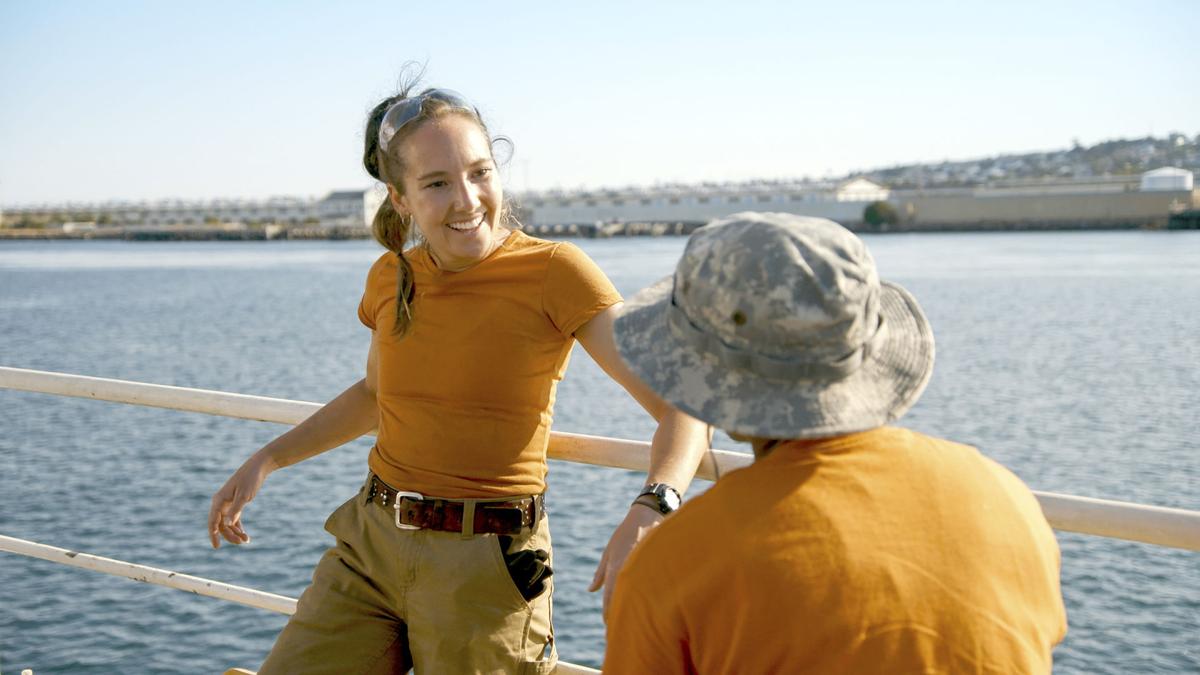 Mansfield’s Kelsy Reynolds repairs a snow fence on Mt. Baldy, the highest peak in Los Angeles, during an individual challenge on a recent episode of CBS’ ‘Tough as Nails.’

Kelsy Reynolds expected some celebrity treatment to come her way due to her appearance on the current season of the CBS reality show, “Tough as Nails.”

But some of it has come as a surprise.

“There’s GIFs out there of me. This is crazy! And there’s more than one,” Reynolds said.

Most of the GIFs — quick animations that typically serve as text message and social media responses — show the Mansfield woman flashing a big smile and cheering for teammates.

She is one of 12 contestants on the show that features people who work with their hands. For Reynolds, it’s as owner and operator of RAS Aviation, where she provides aerial application services for farmers via helicopter.

Reynolds is proud of that aspect of her life. As a rather petite woman in a physically demanding television competition, she thought it was important to show America that not only can she stick with anyone in that physical realm, but in the business world as well.

“I don’t know how many times I’ve been told no — and you will get told no. This life is not easy — and I think if you keep pushing and keep driving, you will succeed.”

Reynolds can’t speak highly enough about contestants and staff on the show, which is currently airing its third season.

“These people are great inside and out. Yes, you’re competing against them, but you don’t really want to beat them. You want to give them everything. But somebody’s gotta win.”

That positive attitude is what the 2009 Blue Ridge High School graduate likes most about the show.

While some shows in the reality genre capitalize on strife and division, “Tough as Nails” is more about unity, friendship and showing off some of America’s vocational craftsmen.

“It is as nice, friendly, genuine, humble as it seems. It really is,” Reynolds said.

Reynolds also feels like host Phil Keoghan’s main goal is to “show all these skills to America.”

Qualifying for the show was a mentally and physically grueling 2.5-month process. It started with two Zoom meetings while Reynolds was still back home. She was then flown to Los Angeles for additional interviews, then required to take on a physical challenge: Do 10 push-up “burpees” every 30 seconds for eight minutes straight without stopping.

“I’d rather work all day than do those eight minutes. It was tough,” she said, noting she enjoys a good physical challenge.

“We normally don’t compete like that every day. And we’re out there competing every day to full max. We want to do the best we can. Pushing your body, you can be extremely bruised, but feel good,” Reynolds said.

One day during the screening process, some of the applicants boarded a bus.

“They already had our phones and laptops taken away; there was no communication back home. They put us in a warehouse, and there was Phil with a megaphone saying ‘congratulations, you are Season 3 contestants.’

“And that’s how it started.”

Not only the competition, but friendships with the other 11 competitors. Taping finished up in early July, but she still keeps in touch with those she met on the show.

One of her favorite moments was describing her hometown — current population 928 — to people in Los Angeles.

“You don’t understand, this town doesn’t have a stoplight,” she said.

“Go to the gas station and they’ll tell you who I am, where I live. They’ll probably just drive you to me! That’s how much they know me,” Reynolds said. “They loved that out in L.A.”

But the celebrity status she has earned in GIFs, CBS promos, YouTube videos and even the high-pitched laugh the show seems to use often in the background, Reynolds is still the same person in the eyes of those in her hometown.

And she wouldn’t have it any other way.

“They don’t treat me any differently, and that’s great. I love it,” said Reynolds.

Reynolds can’t say exactly how the show finished up — “I wish I could tell you,” she chuckled — but she was eliminated (“punched out”) from the individual competition on the episode that aired Nov. 3. She’ll still appear with her six-member team in group competitions for the remainder of the season.

The individual winner will receive $200,000 and a Ford Super Duty truck.

Teams also earn prize money, which is split among their members.