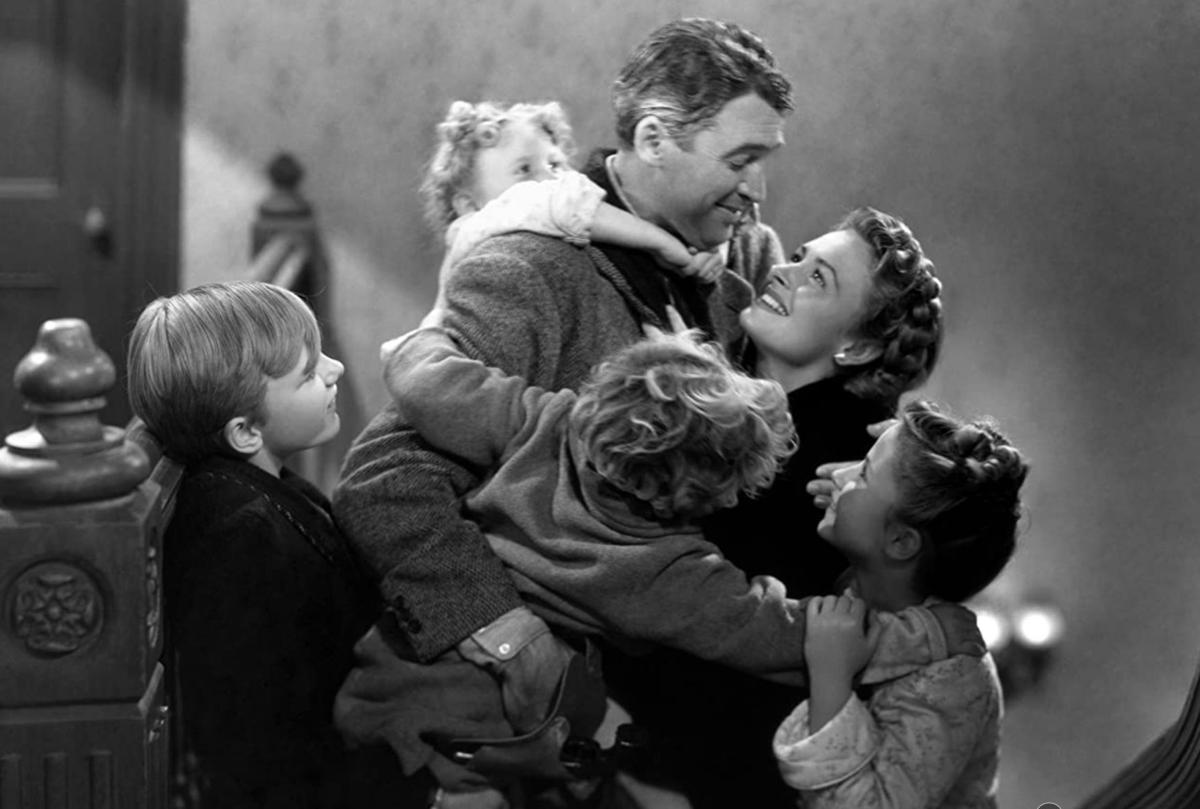 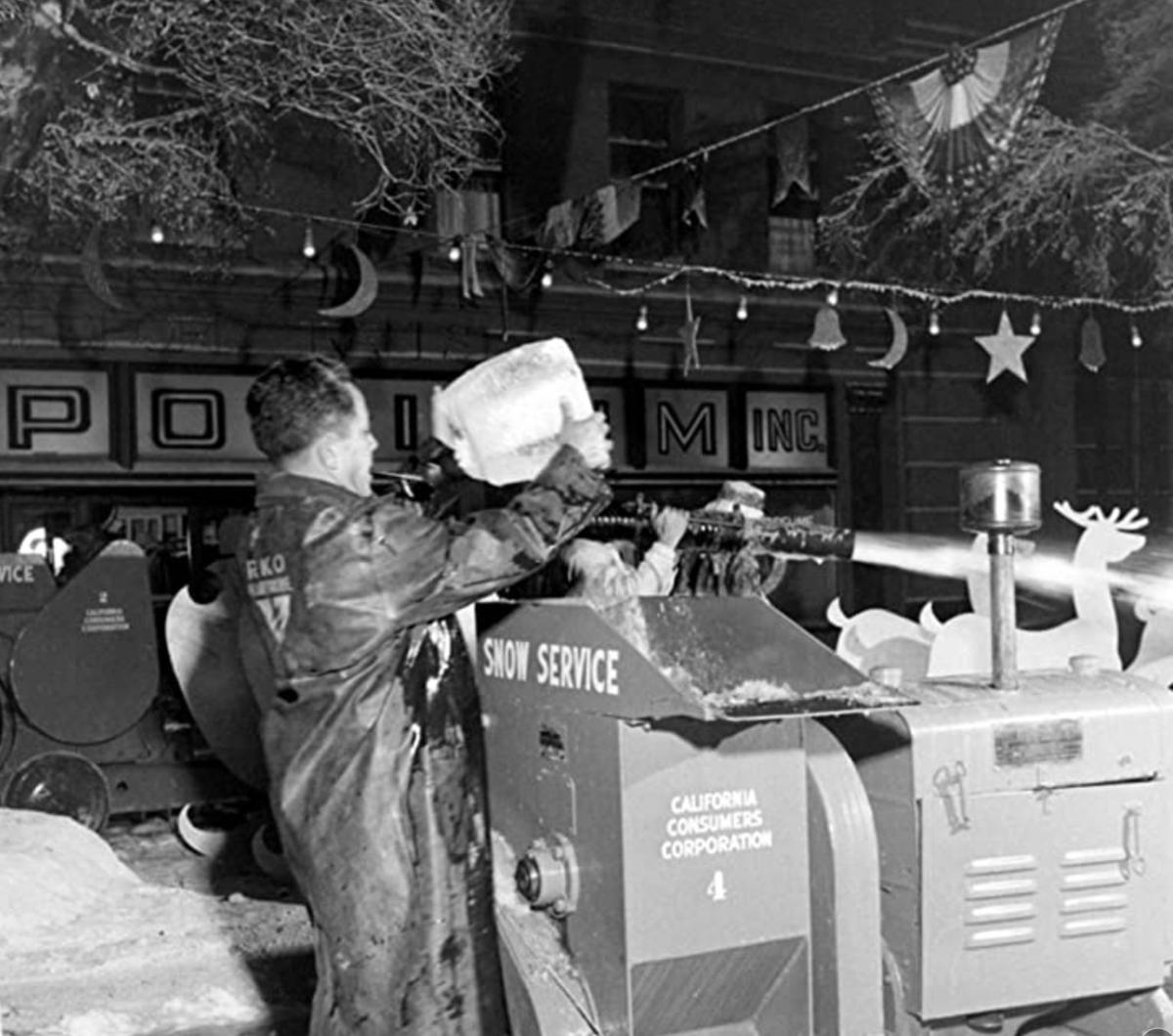 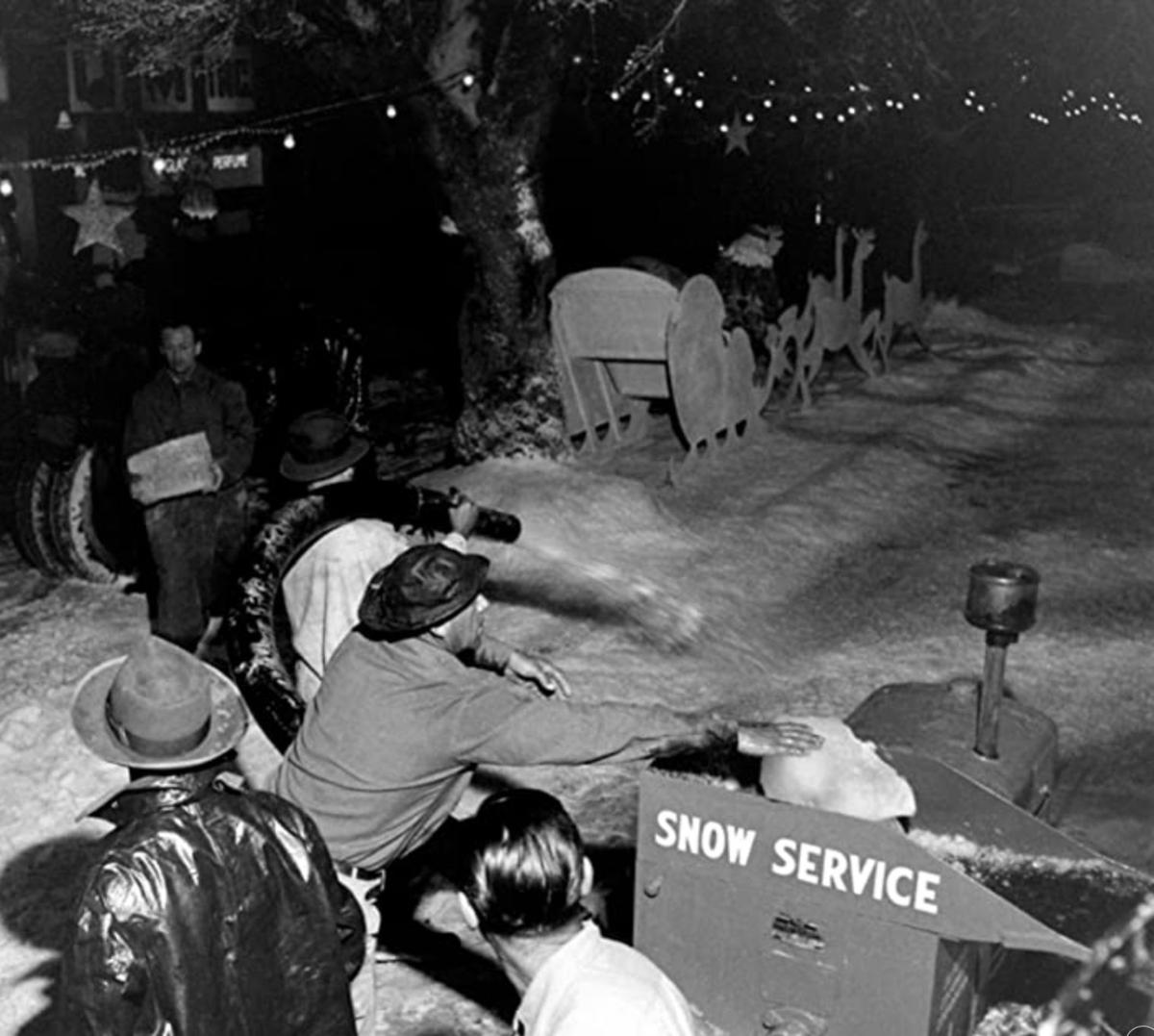 The notion of alternate realities fuels many film and TV productions these days, especially in the Marvel Cinematic Universe. But a 75-year-old Christmas classic actually gives that idea its most sentimental and inspiring treatment.

Frank Capra’s 1946 masterpiece, “It’s A Wonderful Life,” is this month’s entry in The News-Gazette Film Series and will be showing on the big screen at 1 and 7 p.m. Saturday at the Virginia Theatre in downtown Champaign.

George Bailey (James Stewart) has devoted his life to saving his family’s building and loan company, and thus the town of Bedford Falls, from the schemes of heartless banker Mr. Potter (Lionel Barrymore), even though he had always hoped to get away and see the world.

But when an accident allows Potter to get the upper hand and ruin George completely, he contemplates suicide and wishes he had never been born.

Angel-in-training Clarence (Henry Travers) forestalls the former and grants the latter, and George gets to see what Bedford Falls would have been like had he never been born.

In 1946, America was just beginning to recover from the horrors of World War II. The same held true for director-producer Capra, who had spent the war making the “Why We Fight” documentaries, explaining to Americans the issues involved in the war and the aggressive designs of our enemies.

Re-editing captured enemy footage for the series took its toll on the Army major, and he wanted to make the sort of comedy he was noted for before the war.

In 1945, he bought the rights to “The Greatest Gift,” Philip Van Doren Stern’s unpublished short story about a man who gets to see what the world would have been like had he never been born.

The story was literally a Christmas card: When no magazine would publish it, Stern printed 200 copies and sent it out with his Christmas cards. RKO bought it for Cary Grant and commissioned three separate scripts, but none had worked. Capra obtained the rights and all three scripts for what RKO had paid for the story alone.

He brought in husband-and-wife writing team Albert Hackett and Frances Goodrich (who had done some Jeanette MacDonald and Nelson Eddie musicals as well as comic mysteries in the “Thin Man” series). He also took a (heavy) hand in the writing himself, with the result thoroughly his in ideas and tone.

From the outset, Capra had Stewart in mind for the lead. Stewart, also returning from four-and-a-half years in the armed forces, was uncertain about his acting abilities and very much wanted to work with Capra, who had previously directed him in two hits — “You Can’t Take It with You” (1938) and “Mr. Smith Goes to Washington” (1939).

At the time, Stewart had an established reputation for nice-guy roles, but Capra saw a darker, angrier side to him and brought that out in this film. Anthony Mann would later use Stewart’s darker side in Westerns, and Alfred Hitchcock in thrillers, but Capra was really the first to explore this aspect.

Some of the other actors here similarly played against type. Most notably, Lionel Barrymore had spent the last several years playing crusty but lovable old men (including in “You Can’t Take It with You”) when Capra selected him for the role that would become one of cinema’s most despised villains.

Capra did not originally consider “It’s a Wonderful Life” a Christmas movie; it was supposed to go into wide release in January 1947. But a strike at the Technicolor lab held up prints of RKO’s holiday color adventure film, and they slotted Capra’s film into theaters in its place. RKO also advertised it as a full-fledged comedy, and audiences didn’t quite know what to make of the dark fantasy they actually saw, but still seemed to like it.

“It’s a Wonderful Life” wound up among the year’s top-10 box-office films, but RKO still lost money on it because it had cost so much to produce. Bedford Falls, for example, was one huge 4-acre set. The main street that George Bailey runs down several times during the film was three city blocks long, with 75 stores and buildings and 20 real oak trees. For night scenes, Capra used enough electricity to light a city of 5,000.

The snow, both falling and on the ground, required 300 tons of plaster and 3,000 tons of shaved ice. Capra employed the largest crew of special-effects technicians ever assembled. Ironically, the only Academy Award the film won (despite being nominated for best picture, director, actor, sound recording and film editing) was a 1948 technical citation to the RKO special-effects department for “the development of a new method of simulating falling snow on motion-picture sets.”

In 1974, the film slipped out of copyright when the studio neglected to renew it, and TV stations seized upon it as cheap holiday-season programming. Virtually every local channel showed it sometime between Thanksgiving and Christmas in the 1970s and ’80s.

It consequently became a sentimental favorite with a large following. Capra and Stewart both lived long and enjoyed talking about their careers and this film in particular on campuses (Capra) and TV (Stewart). And the American Film Institute ranked “It’s a Wonderful Life” at the top of its list of the 100 Most Inspiring Movies, No. 8 on the list of 100 Greatest Love Stories, and 20th among the 100 Greatest Movies of All Time, with, of course, Mr. Potter coming in sixth among the 50 Worst Villains.