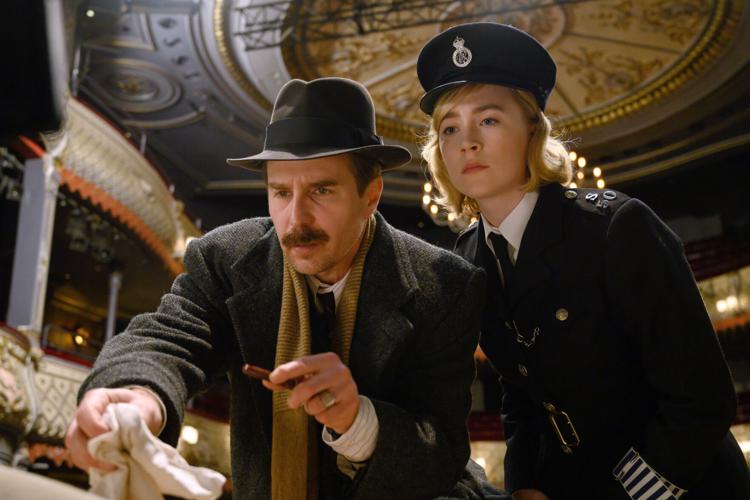 Sam Rockwell, left, stars as Inspector Stoppard and Saoirse Ronan is Constable Stalker in 'See How They Run' (2022). 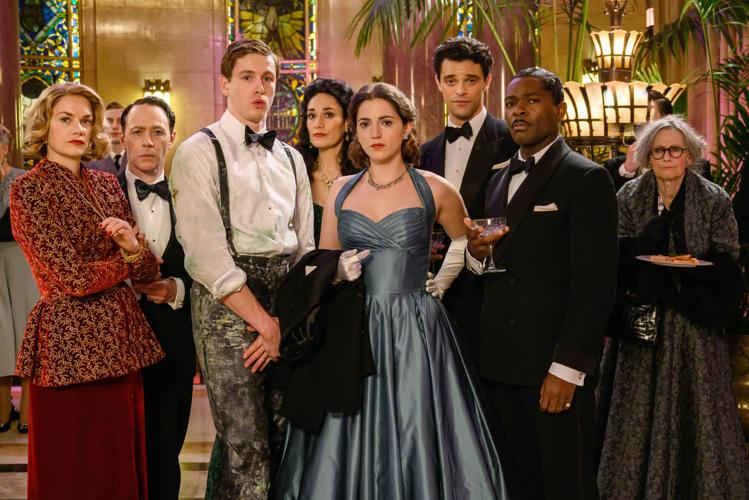 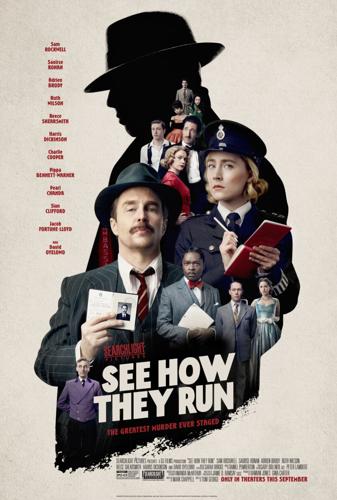 Sam Rockwell, left, stars as Inspector Stoppard and Saoirse Ronan is Constable Stalker in 'See How They Run' (2022).

No, it’s not as complex as it sounds. Rather, it’s an invigorating, tantalizing exercise, the enjoyment of which comes from its willingness to challenge the viewer to keep up and rewarding them with one smart turn after another. Like a snake swallowing its own tail, this delightful meta-mystery simultaneously deconstructs the genre while providing an entertaining example of the same.

Like so many drawing-room mysteries, “Run” features a large cast of prospective suspects, many of whom have their reasons for having killed the victim. This time, that is boorish American film director Leo Kopernick (Adrien Brody), who’s been brought in to direct the movie version of the Agatha Christie play “The Mousetrap.” His obnoxious behavior and radical notions about changing the play have alienated nearly everyone involved in the production.

The screenwriter working on the adaptation, Mervyn Cocker-Norris (David Oyelowo) is livid over the filmmaker’s lack of respect for his work, while lead actor Richard Attenborough (Harris Dickinson) has taken great offense over the director’s flirtation with his wife, Sheila Sim (Pearl Chanda). Meanwhile, Kaepernick has also given the producer of the film adaptation, John Woolf (Reece Shearsmith), reason to hate him, having caught him in a compromising position with his secretary, while theater owner Petula Spencer (Ruth Wilson) has her own reasons for taking radical steps to prevent the film version of the play from being made.

And who’s on the case? Inspector Stoppard (Sam Rockwell), a haunted officer with a troubled past who draws the short straw with this case, and he’s been partnered with Constable Stalker (Saoirse Ronan), an overeager cop anxious to impress, though she has to learn not to jump to conclusions. One of the smartest and most rewarding things about the film is Mark Chappell’s screenplay, which takes the time to fully flesh out this duo, as well as the veteran actors’ performances.

There is far more than meets the eye regarding Stoppard and Stalker, each of them dealing with significant baggage, all of which seems logical and not just conveniently supplied by a lazy writer. Rockwell’s weary detachment and the subtle encouragement he gives Stalker speaks to his struggle of getting through the day while maintaining a bit of hope. Ronan brilliantly counters his barely controlled cynicism with a sense of innocence and optimism that, thanks to her fine work, never comes off as cloying or insincere.

Seeing these two characters in further adventures would be a genuine treat, not simply due to the chemistry between Rockwell and Ronan but also because there are so many possibilities left to explore.

Easter eggs and postmodern allusions abound. The meaning of Stalker’s name is obvious, while the use of Stoppard for the detective trying to unravel the cliched murder-mystery he finds himself in refers to playwright Tom Stoppard, who’s made a career out of writing plays and screenplays (“Rosencrantz and Guildenstern are Dead,” “Shakespeare in Love”) that do the same thing. Attenborough and Sim did star in the original production of “The Mousetrap,” and there are numerous other collisions between fact and fiction throughout that are a joy to discover.

Most of the fun derived from the movie is in how self-aware it is. Chappell has his characters speak about narrative structure, genre conventions and tired plot points throughout, so when they occur, it’s no surprise. However, they are ponied out in a mirthful way, acknowledging to the viewer the tongue-in-cheek tone that’s at play. I found myself smiling throughout thanks to the confidence with which this exercise was pulled off but also in the sense of abandon provided by the cast.

Light, intriguing, and amusing throughout, “See How They Run” is a pleasant surprise that hopefully won’t be lost in this dreadful autumn movie season.