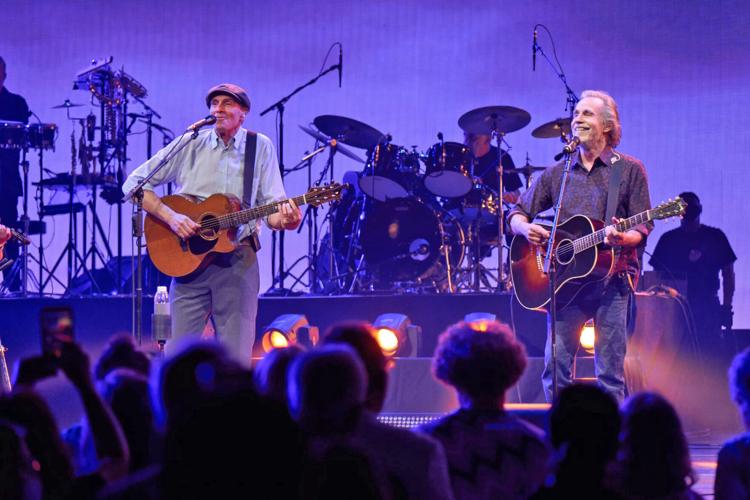 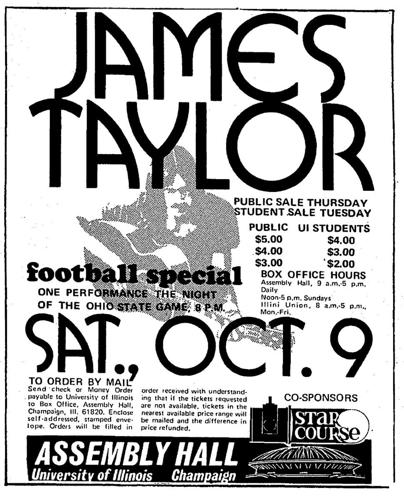 How times have changed: A 1971 ad for James Taylor’s upcoming concert at the Assembly Hall shows ticket prices ranging from $2 to $5. 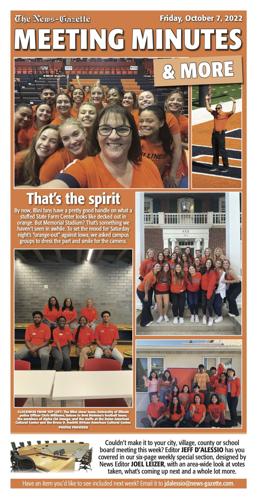 This story appeared in 'Meeting Minutes & More,' a weekly, six-page special section in the print editions of Friday's News-Gazette reported and written by Editor Jeff D'Alessio and designed by News Editor Joel Leizer. Click here to read an electronic version of this week's section. Click here to subscribe to The News-Gazette.

He’s among 15 Rock & Roll Hall of Fame acts to have played the building formerly known as the Assembly Hall three or more times, trailing only various iterations of the Beach Boys and Doobie Brothers, Bob Dylan, Johnny Cash, Yes and Chicago.

Of course, the UI venue was all of four years old the first time JAMES TAYLOR took the stage 51 years ago Sunday, fresh off his first single reaching No. 1 — the Carole King-written “You’ve Got a Friend.”

Countless hits and 100 million-something album sales later, Taylor, now 74, is still taking his show on the road, pairing up with fellow Hall of Famer JACKSON BROWNE, 73, on a recent mini-tour before breaking off on his own this summer.

The septuagenarian singers co-headline Part 13 of our ongoing series digging into the details of entertainers’ tour riders. Having made our way through the big acts to play local venues in 2021-22, we’ve expanded the series beyond C-U, obtaining the Taylor/Browne riders under Idaho Public Records Act following a concert at Boise State University.

— More demands like this, please: “Two copies of each of the following: USA Today and a local newspaper,” listed just below apple juice and fresh Danish pastries, donuts and muffins on Team Taylor’s breakfast must-haves.

— Is there an ear, nose and throat doctor in the house? One need not be in the actual arena, or even on 24-hour stand-by when the tour buses roll in, but venues must provide names and numbers for both a “licensed physician in internal medicine and a licensed otolaryngologist” who can pay a visit on short notice “if needed.”

— The same goes for a masseuse and a chiropractor.

— Venues should plan on making available 14 rooms (four for Taylor and his band, three for Browne and his band, one for the crew, five offices, a COVID-19 testing room) and five sets of furniture (each with a sofa, love seat or chair, coffee table, two end tables and two lamps).

— “If possible,” management adds, “please make sure one of the sofas is 90 (inches) long for James,” who stands 6-foot-3, giving him five inches on Browne.

— Here’s another difference between the two, straight out of the “dressing rooms” chapter of Browne’s rider: “In our efforts to maintain a zero-waste tour (or as close as humanly possible), there are no food requirements in any of our dressing rooms.”

— All Browne requires: six good-sized mugs for hot tea or coffee, one small box or two half-boxes of “quality tissue,” one small bottle of Purell hand sanitizer (“ we understand that this is in plastic,” management notes), plus two bath towels and two hand towels, which must have been washed at least once and be free of lint.

— Browne’s room is to have “NO AIR CONDITIONING! NO BLOWERS.” It must be “neutral in temperature and still. If necessary, we will need to cover all vents that do not have individual controls to stop air movement!!”

— Unlike a few acts whose riders we pored over — here’s looking at you, Luke Bryan — this tour doesn’t go overboard on the adult beverages. Taylor’s side requires three bottles of Beck’s beer and one of red wine for the band and one bottle of white wine for the female singers’ room. The Browne party requests its production office be stocked with two cases of beer in cans (“local or regional IPA”), 12 bottles of a pilsner/lager (“Modelo Especial/Yuengling”) and “two bottles of alcohol TBD day of (show).”

— Here’s a new one: Venues are to supply Browne’s production office with two dozen pairs of crew socks — a dozen gray, a dozen black.

— Someone in Taylor’s touring party has a “serious allergic reaction” to artichokes, which explains the multiple bold-fonted and underlined mentions of “NO ARTICHOKES!” and “NO ARTICHOKE HEARTS!!” in the hospitality section of Taylor’s rider.

— “No one likes soggy fries,” Taylor’s management notes — you can say that again — so “please serve (them) under a heat lamp, not closed chaffer.”

— More need-to-knows for anyone involved in the food prep: Taylor’s tour includes 10 vegetarians; olive oil is preferable to canola/vegetable oil; don’t go too heavy on the seasonings; and “any dish containing nuts, berries or strawberries, pineapple and shellfish must be labeled as such.”

— Also, “our band LOVES salad bars, so feel free to really go for it here!!!”

— An important message from the Taylor tour about dinner: “Ambiance and presentation is often overlooked, but is very important to us. Please present food in an appetizing manner, use fabric covered risers, decoration, etc., for the best experience possible. Please have real plates and real cutlery available in addition to compostable/paper options.”

— A nice touch from Taylor’s team: “Please donate all excess food and stocks not used by the production to a nearby food bank or shelter for those in need!”

This story contains original reporting by News-Gazette staff. If you are not a subscriber, please consider becoming one, because local journalism is only possible with your support. A subscription to The News-Gazette plays a vital role in making this reporting possible. Thank you for your support and helping us continue to connect our community.

Inside Kiss' rider: Face paint on fans OK but no sales of large pieces of fruit that can be hurled on-stage, no security searches of the band/crew

When the band's catering crew chief and a gofer go to the supermarket to shop for the pre-show, the store manager must assign “a designated cashier and packer for one hour” to handle Kiss' order.

A look at COVID-19 vaccination rates for all 90 area ZIP codes, according to state public health data.

After Tobin Herges spoke about his dad, Mayor Deb Feinen lent her support for naming a stretch of Marshall Street in Toby Herges' honor: "I am hopeful that as people pass by the sign and into Tumble Inn that it provides an opportunity to remember Toby and also to keep that memory alive for new generations of people coming into Tumble Inn.”

A first-of-its-kind, $5,000 request from the Black Chamber of Commerce sparked a lengthy debate and discussion among council members, when Grace Wilken moved to double it on the spot and Shirese Hursey argued: "They didn’t ask for $10,000. They asked for 5. And I don’t think it’s our place to just take over."