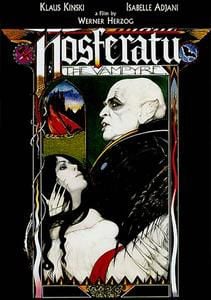 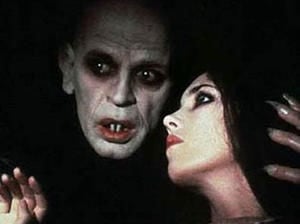 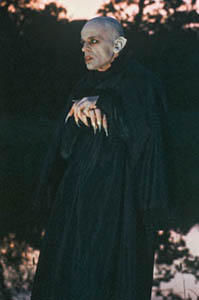 Herzog considered F.W.Murnau’s 1922 Nosferatu to be the greatest of German films and was eager to remake it as a homage, going to so far as wanting to use as many of the same locations used in the original version as possible. As with many best-laid plans, the director ran into problems from the start, as he was not allowed to film in Wismar as he had hoped and relocated to Delft, Netherlands where most of the primary shooting was done. However, some scenes were shot in nearby Schiedam after officials, in a "who-could-blame-them" move denied him permission to let loose 11,000 rats for a scene that was to be filmed in the city. (Many of the opening scenes revolving around Dracula’s home were filmed in Czechoslovakia.) The rodents also proved problematic as Herzog ordered 12,000 white rats to be shipped from Hungary to the Netherlands where he then had them died grey in a process that killed half of them outright. Not surprisingly, behavioral biologist Maarten ‘t Hart, who was hired to supervise the rats quit and leveled charges of animal cruelty towards Herzog.

Despite these difficulties, the director was able to create a wholly distinctive version of the Dracula tale, finding a sense of beauty in the horror and creating sympathy for the doomed count in a way that’s far more poignant than in any version made before or since. This is due in large part to Klaus Kinski who, as Dracula, exudes a sense of weariness and sadness that elicits feelings of pity from the viewer rather than revulsion or horror. Kinski, known for his over-the-top performances and out-of-control behavior on the set (see Herzog’s documentary My Best Fiend for examples as it delves into the contentious relationship they had), is effectively subdued here. At the time, the actor’s third wife was in the process of divorcing him and taking their son with her and it’s been suggested that he channeled the sadness and sense of helplessness his was feeling into the role, as his Dracula is a melancholy sort who longs for death in order to be free of the eternal loneliness he’s been fated to endure.

But it’s the shadows in Nosferatu that haunt us, constantly encroaching on the edges of many scenes, threatening to overtake not only the characters but us as well. We’ve seen what lurks within its folds and while Herzog succeeds in creating a stylistic view of the darkness and all that exists there, it’s the fact that we might not be able to embrace it fully that haunts us. Death permeates the film and as we all know it’s inevitable for all of us, accepting this fact helps defuse some of its inherent fear. It’s not being able to go to this final rest, to be doomed to wander the Earth as a pariah is where the real horror lies. The allure of superhuman abilities or the temptation of perverse sexuality are absent here. Loneliness is what’s to be feared, whether it be in life or after death.