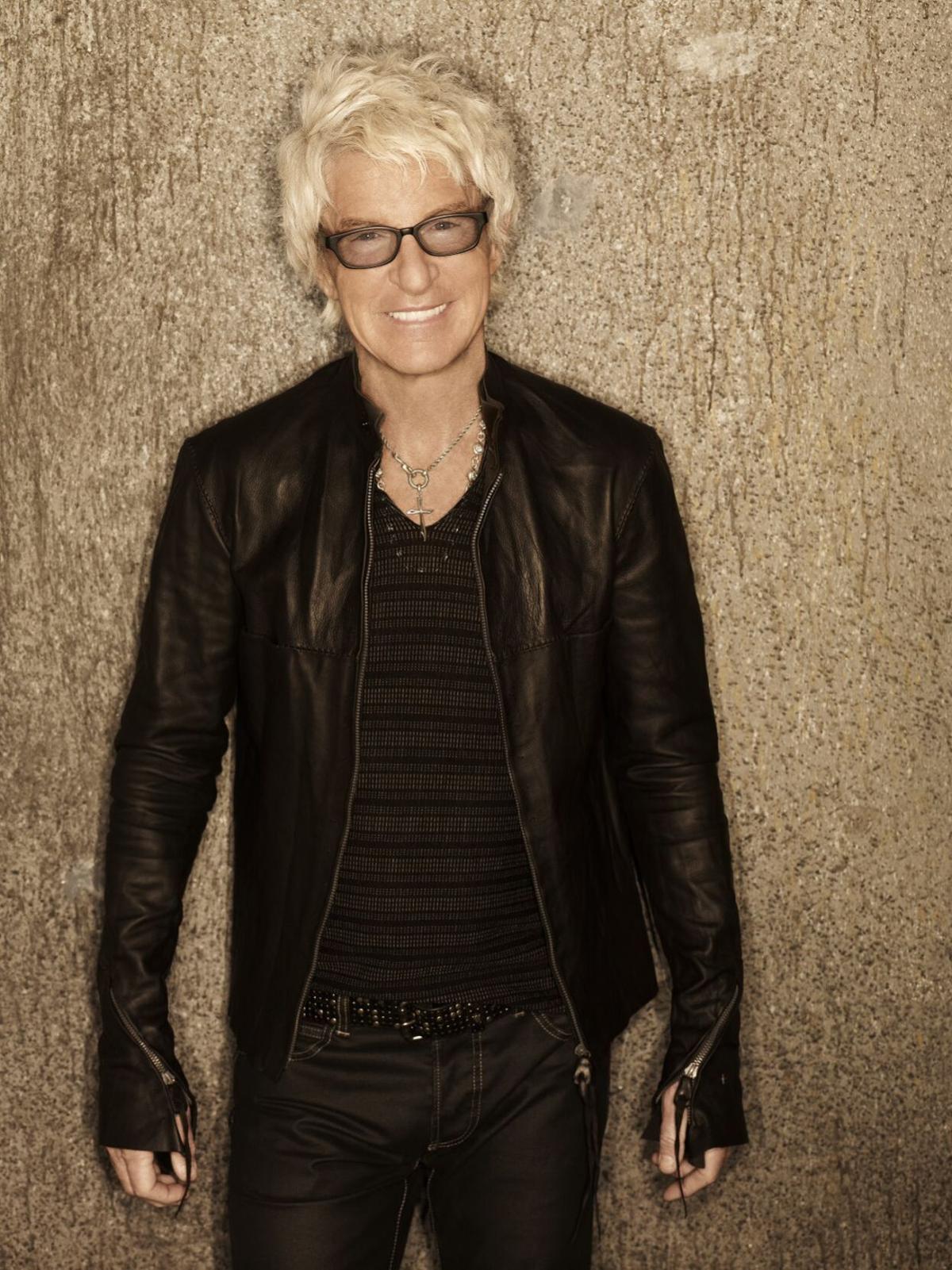 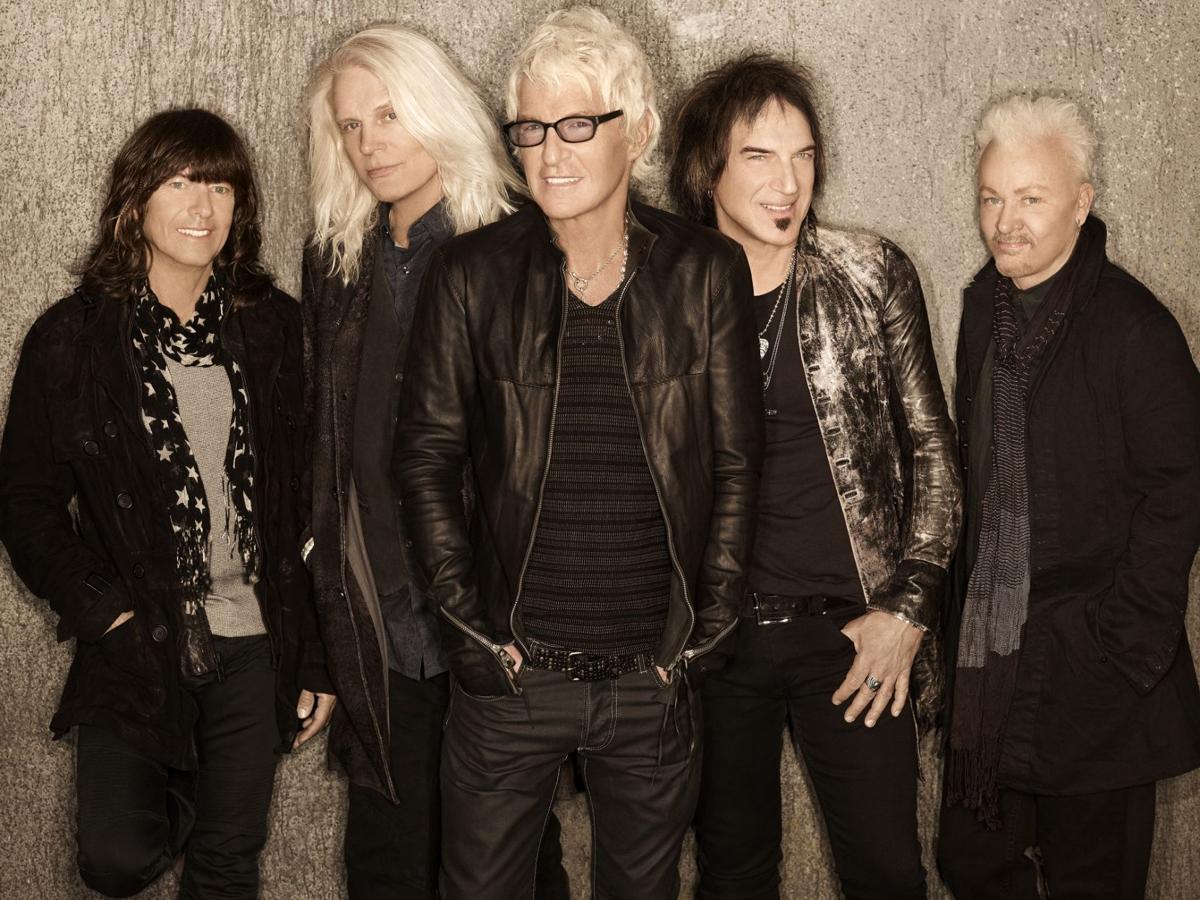 CHAMPAIGN — It’s been almost 50 years since Kevin Cronin came to Champaign from suburban Chicago to play guitar for Gary Richrath, a friend who was in a relatively young rock band.

He got the gig all right — as the new lead singer for REO Speedwagon.

On Saturday, Cronin will be the halftime performer for the University of Illinois’ football game against Iowa at a homecoming celebration unlike any other in UI history.

Cronin joined the group in 1972, first appearing on the band’s second album, REO Two, the cover of which was shot in the iconic Vriner’s Confectionary on Main Street in downtown Champaign.

That same stretch of street would later bear the honorary name REO Speedwagon Way, an accolade no other town has conferred on the band.

Cronin and his bandmates, past and present, claim Champaign as the birthplace of their musical family. And Champaign proudly claims them.

“This is my first gig as halftime entertainment at a football game,” said Cronin, 69, who will be nowhere near the 50-yard line of Memorial Stadium.

His 14-minute, 46-second performance was recorded in a studio that REO has long used in Agoura Hills, Calif., and will stream to Illini fans around the world.

FRIDAY'S A-1: @schenk's visit with @kcreospeedwagon's Kevin Cronin, brought in by @Illinois_Alumni in a clever virtual homecoming move. Plus, 1 of C-U's brightest holiday lights display and the reason for it. pic.twitter.com/9gZXGdKB5X

Without ruining the surprise, expect to hear Cronin on acoustic guitar performing a few of the band’s most memorable hits while reminiscing about “misadventures” in Champaign.

“I was honored when the offer came and immediately said yes,” said Cronin, who, while never a UI student, feels a strong allegiance to the university.

“Our band would not be here if not for Alan (Gratzer) and Neal (Doughty) being roommates,” the lead singer/songwriter/guitarist said of his fellow performers.

“It makes sense that someone from REO would be part of the UI’s homecoming. We are Champaign’s favorite sons. We have spread the good word around the world about Champaign and the UI. We credit the students with being our support system that allowed us to venture out and conquer neighboring college campuses.”

Prior to the pandemic, the group was still touring, performing at smaller venues than those of their heyday, doing about 100 shows per year.

Their last show before COVID-19 put the clamps on live entertainment was Wednesday, March 11, at the Effingham Performance Center. They left there for Minneapolis the next day, arriving just in time for the governor to “pull the plug” on communal gatherings, and “we were on a flight home that night.”

Home for him is Thousand Oaks, Calif.

He and his wife of 28 years, Lisa, have three children together, Holly, 24, and twin sons, Josh and Shane, 21. All three of them have been home during the pandemic, which Cronin said he and his wife love.

“This is the longest vacation I’ve ever had as an adult,” he said.

But he hasn’t been idle.

He’s recorded 26 brief YouTube episodes of “Camp Cronin,” similar to his halftime performance. His daughter, Holly, a recent college graduate, whom Cronin calls “a great singer,” appears on some.

And for four years, he’s been working on a memoir.

“I started it by accident and had no idea what was involved in writing a book. I’m enjoying the process,” he said, uncertain of a publication date.

“I heard that Springsteen spent seven years on his. Every time I think I’m finished, I go back and read through and get more ideas. I think I’m about to finish my eighth rewrite.”

Cronin grew up in Oak Lawn and considers himself a “Midwest boy” who was “brought up with Illinois values,” but he’s lived in the Golden State since 1975.

He took guitar lessons as a child and said the Beatles and the Byrds were among his influences.

He credits his parents with instilling a love of music in him.

“My dad worked in the newspaper industry. My mom was a stay-at-home mom. In St. Linus parish, they put on a big show every year. It was the top-grossing fundraiser there and they were able to pay off the mortgage on the new church. I saw the joy they took in making music and producing that show,” he said.

That musicality continues as his daughter works for an entertainment agency and his sons are now part of an indie band.

“I’m both nervous and supportive,” he said of his sons’ foray into making music for a living. He promised them that if they finished their college degrees in music at mom and dad’s expense, they could be the opening act on a future REO tour.

All three of his children chose the University of Southern California for their higher education.

Cronin said about a decade ago, his sons were with him in Champaign as they took a driving tour of places of note in their father’s journey: the UI Auditorium, the Red Lion bar on Green Street and the Assembly Hall.

A self-described “basketball family,” Cronin said the boys wanted to see where the Illini play. They were in the now-named State Farm Center examining murals on the wall.

“It was mostly athletes’ pictures in the collage but there is Gary Richrath and me, with Dick Butkus,” he said, somewhat surprised.

“After things open up again, we are coming back to Champaign,” he promised.