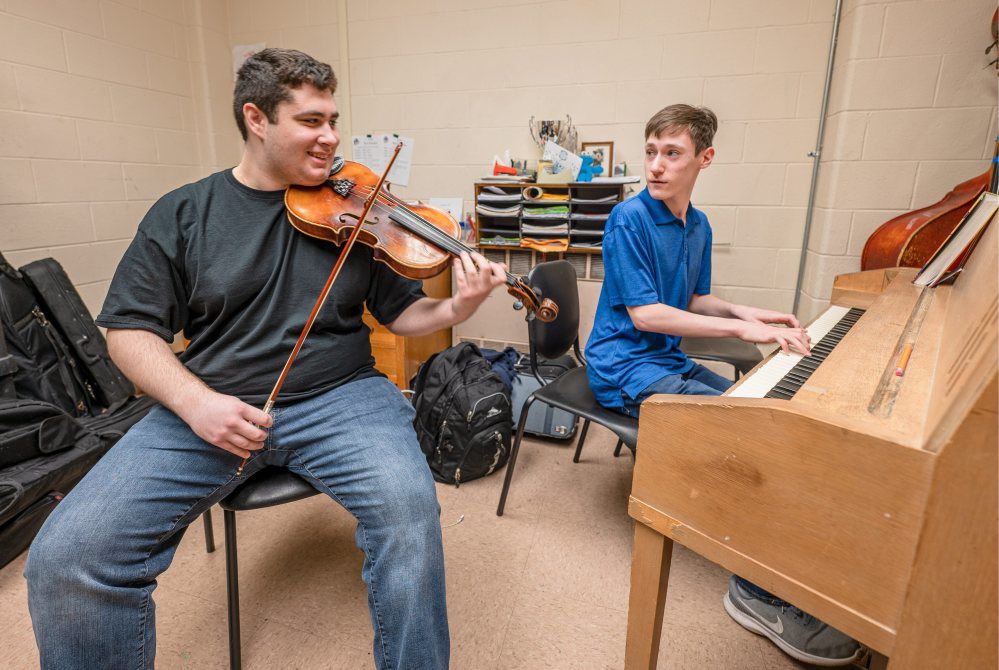 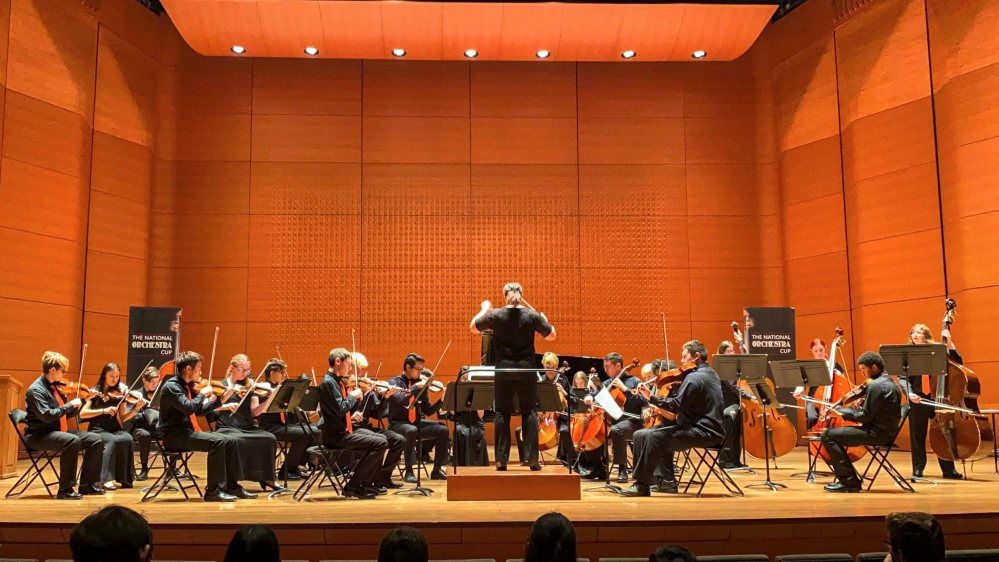 The Urbana High School orchestra plays at the National Orchestra Cup on Saturday, March 7, 2020, at the Lincoln Center in New York, where they won fifth place.

The Urbana High School orchestra plays at the National Orchestra Cup on Saturday, March 7, 2020, at the Lincoln Center in New York, where they won fifth place.

It was an unfamiliar feeling for Urbana sophomore Jacob Hankin as he sat down at the piano on March 7, and it wasn’t just because he was playing a piano solo with the Urbana High School orchestra on the stage of Alice Tully Hall in New York City’s Lincoln Center, hallowed ground for performers.

Normally, Hankin’s performances are recitals, or in other venues wherein he’s playing to a crowd who wants him to succeed.

On this stage, though, he and the rest of the Urbana High School orchestra were being watched closely by judges and other orchestras who might’ve been happy to see a slip-up.

At one point, Hankin did slip up. One hand froze while the other kept playing. He corrected course quickly, though, and the mistake didn’t seem to cost him in the judge’s eyes.

He won the award for the best solo performance at the National Orchestra Cup.

“The piano is the biggest part in that piece,” junior violist Dimitri Glaros said, turning to Hankin. “You’re kind of gluing everything together. But you did a marvelous job with that.”

Urbana won fifth place overall out of 10 schools after finishing third two years ago. They were the smallest orchestra of the 10, director Tamra Gingold said, and also the most diverse.

And the differences went further.

“We have very strong players, but we have kids who, the majority of them, don’t get private lessons,” said Gingold, adding that Urbana High School is highly supportive of her orchestra. “They started in our fifth-grade programs. In comparison to the other schools, most of those kids started in kindergarten. They came from higher-income areas. There’s more support for them.”

That showed in the judges’ critiques. The music interpretation and expression was beautiful, but the finer points still needed attention.

Aside from the unbelievable experience of playing on such a revered stage, that’s one of the reasons the performance was so valuable for her orchestra, which raised funds throughout the year in order to put up the money to go.

Her musicians are used to playing recitals and concerts in front of crowds who come in wanting to applaud. She wants her musicians to desire more.

“To place fifth, I was really happy, the kids were really happy,” Gingold said. “We played really well, but to get to that high level, we’ve got to work more on technique, especially from the students who don’t get any private lessons. So, I feel as a teacher, it’s my job to start working even more on these little things. We need to match more. So I’m going to make sure as a teacher, I work harder on that.”