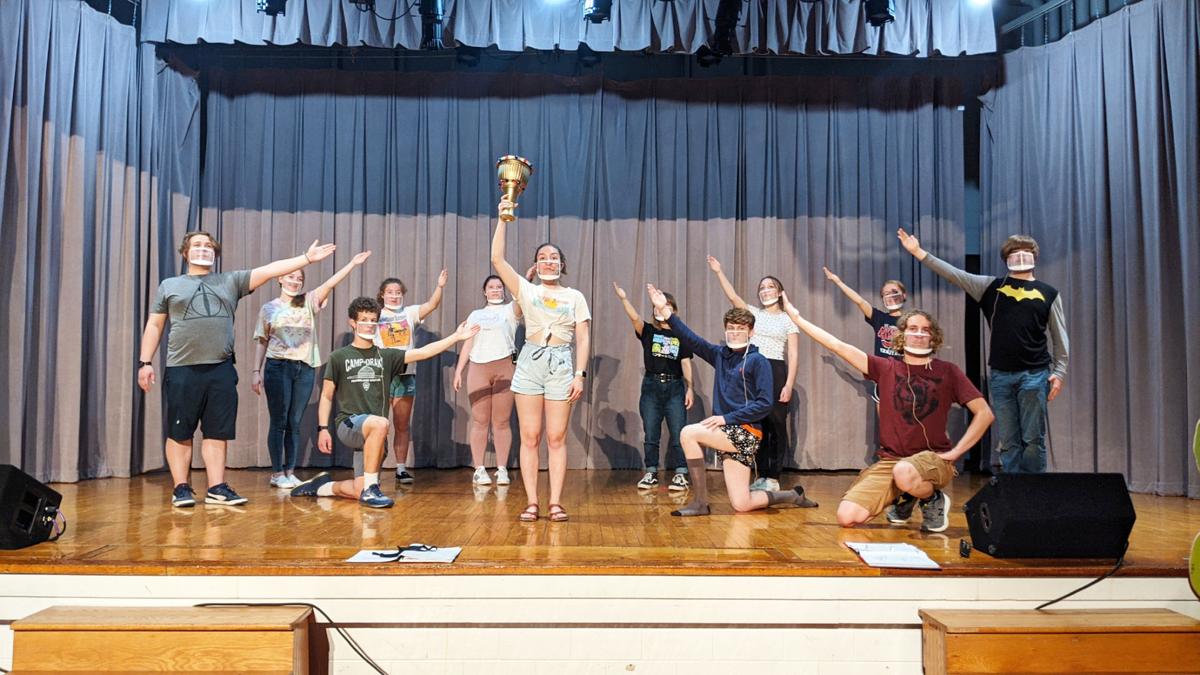 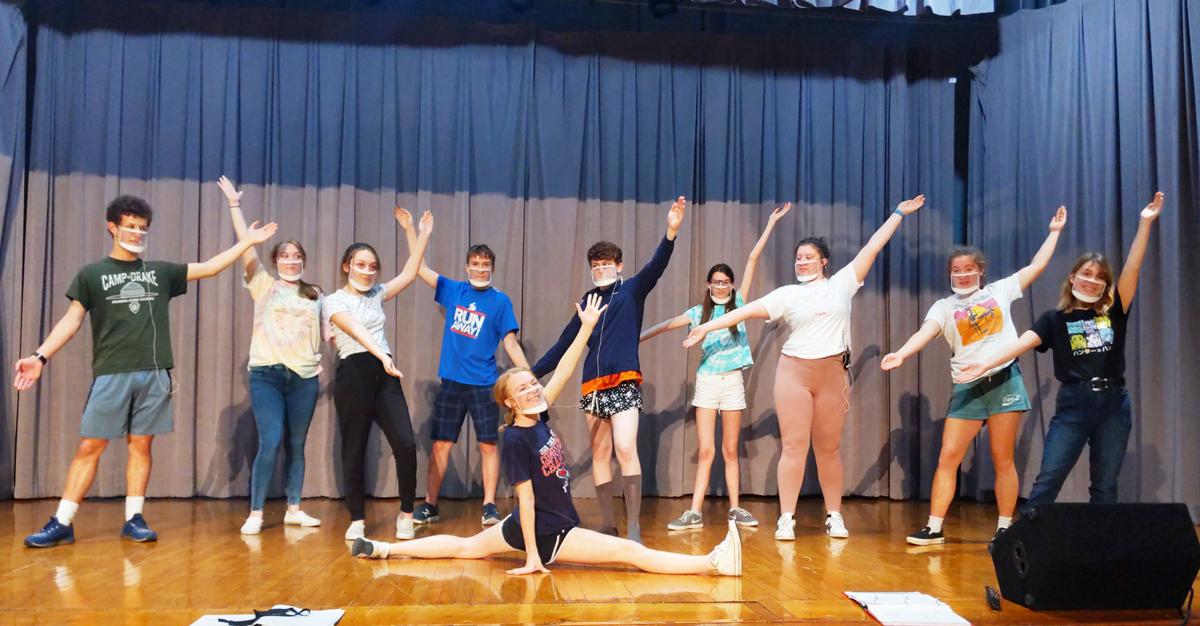 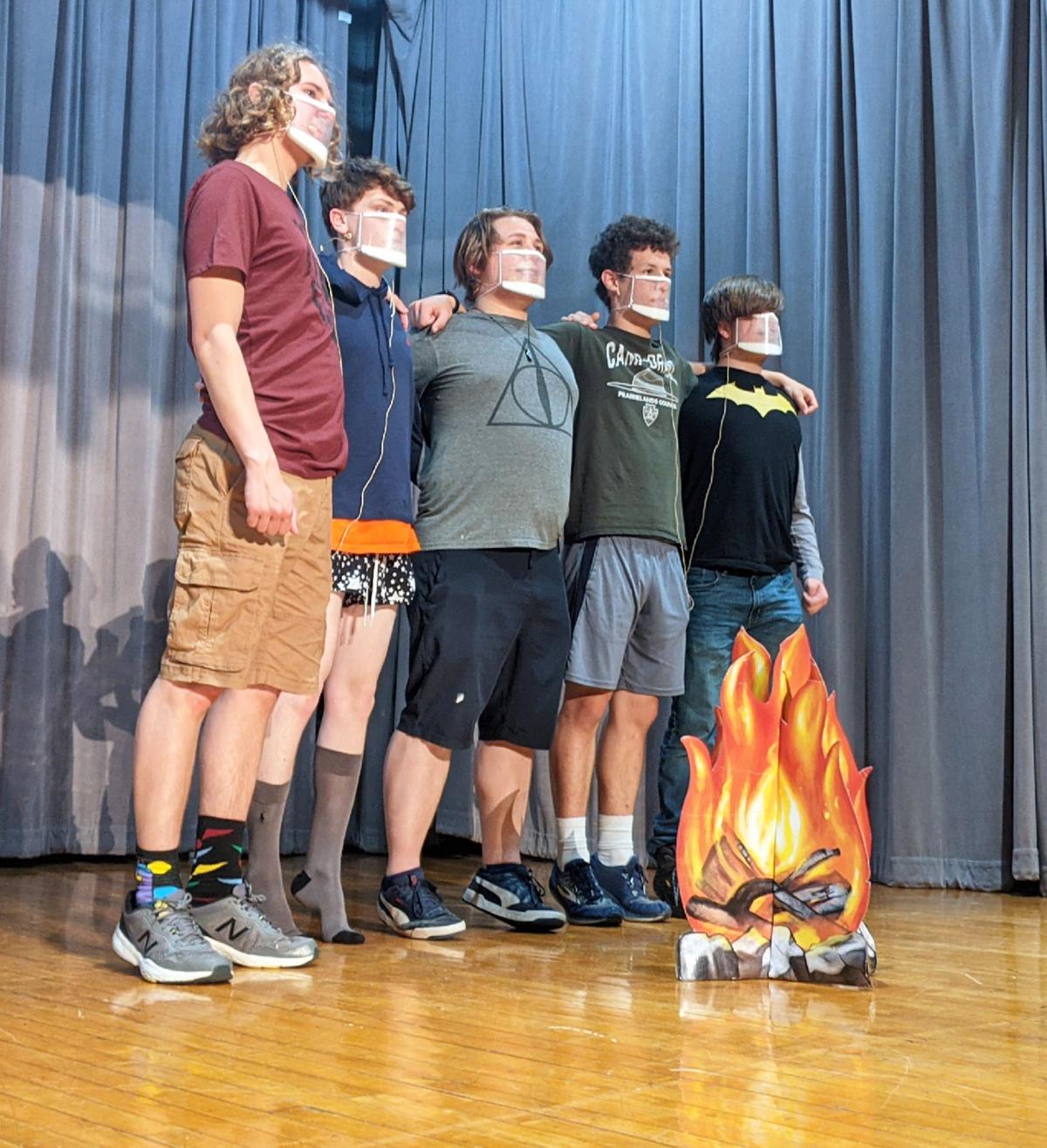 BROADLANDS — From Shakespeare to Monty Python, the cast of Heritage High School’s upcoming production of the musical comedy “Spamalot” is a well-seasoned troupe. And director Justin Lee appreciates what he has to work with.

He said a “fantastic” amount of talent came out to participate in the “Spamalot” production, set to premiere next week.

Many of the actors, Lee noted, have been involved in Creative Dramatic Workshop productions at Homer Opera House, “so they’ve done Shakespeare since they were little.”

“I’m very fortunate to walk into a situation where kids understand the amount of work needed and the focus it takes just to get to the stage,” Lee said. “They’re really hard-working kids, and they amaze me every day.”

Heritage has held in-person classes since August, dismissing for the day at noon. The cast then spends the next three hours in play practice.

The smallest school in Champaign County, Heritage has plenty of musical talent. It was named the Class D IHSA Music Sweepstakes State Champions. Many of those students are part of the cast.

“This is a hilarious show. What I love is that most of them already understood the British style of humor, and they’ve managed to teach everyone else what it’s about,” Lee said.

Every actor plays at least two parts. The play is inspired by the 1975 film “Monty Python and the Holy Grail.” Lee said the play works well because it is done in sections, enabling the players to maintain social distancing.

A jack of all trades as the only music instructor in the school district, Lee is a busy guy. He is in his 15th year teaching and 12th doing shows.