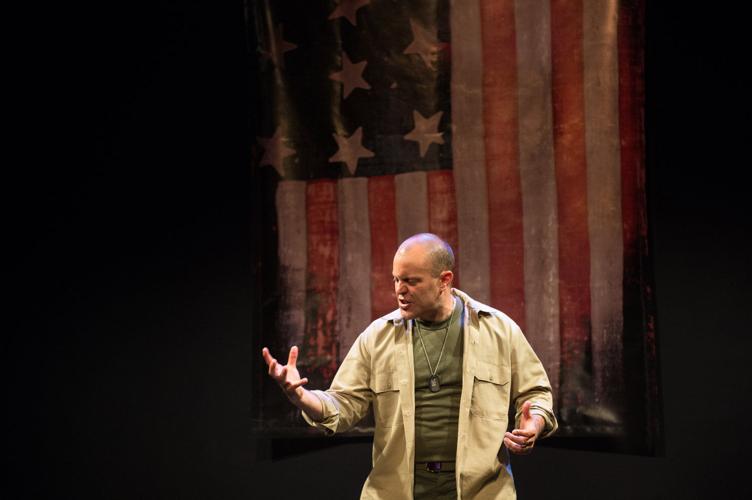 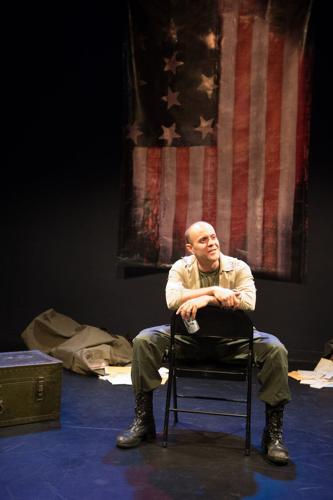 As Memorial Day approaches, the Virginia Theatre has a special one-time performance of “The American Soldier: 1774-2015” planned for May 28.

Veteran actor Douglas Tourel brings his acclaimed one-person show to the stage of the historic venue. Tickets are available at the Virginia box office for $19.50 with a $2.50 processing fee. Active military and veterans are admitted for free.

California native Tourel, who has appeared in a broad range of films and television series, started to write the play in 2008. He talked about it on a recent interview with WDWS personality Ann Rhoton, host of “Standard Time.”

In “The American Soldier,” Tourel plays 14 different characters. The stories came from letters written by the soldiers and their families and covers conflicts from the Revolutionary War to Iraq and Afghanistan.

“I wanted to create something and say thank you to them and their families,” Tourel said. “And also to remind people the country that we live in is because of the many generations of men and women who put on the uniform and fought for our country.”

The play isn’t in chronological order. Tourel doesn’t want the audience to know what is coming next, so he jumps around.

He uses different dialects and plays characters of different ages.

Tourel was inspired by stories of hardships faced by soldiers upon their return to the U.S. In one case, an Iraq War veteran, who served five tours of duty, couldn’t pay his bills.

“I said ‘This is just not fair, and I want people to understand what’s really going on and what war really means,’" Tourel said.

Since he first brought the play to the stage, Tourel has performed it in 34 cities in 23 states.

The reviews have been positive.

“The play is also an uplift of a play,” Tourel said. “It talks about war, and it has the true stories of war. But it also talks about the beauty of the military and the lessons you learn.”

What’s next for Tourel? He has heard from female combat veterans and plans to incorporate their stories in the play.