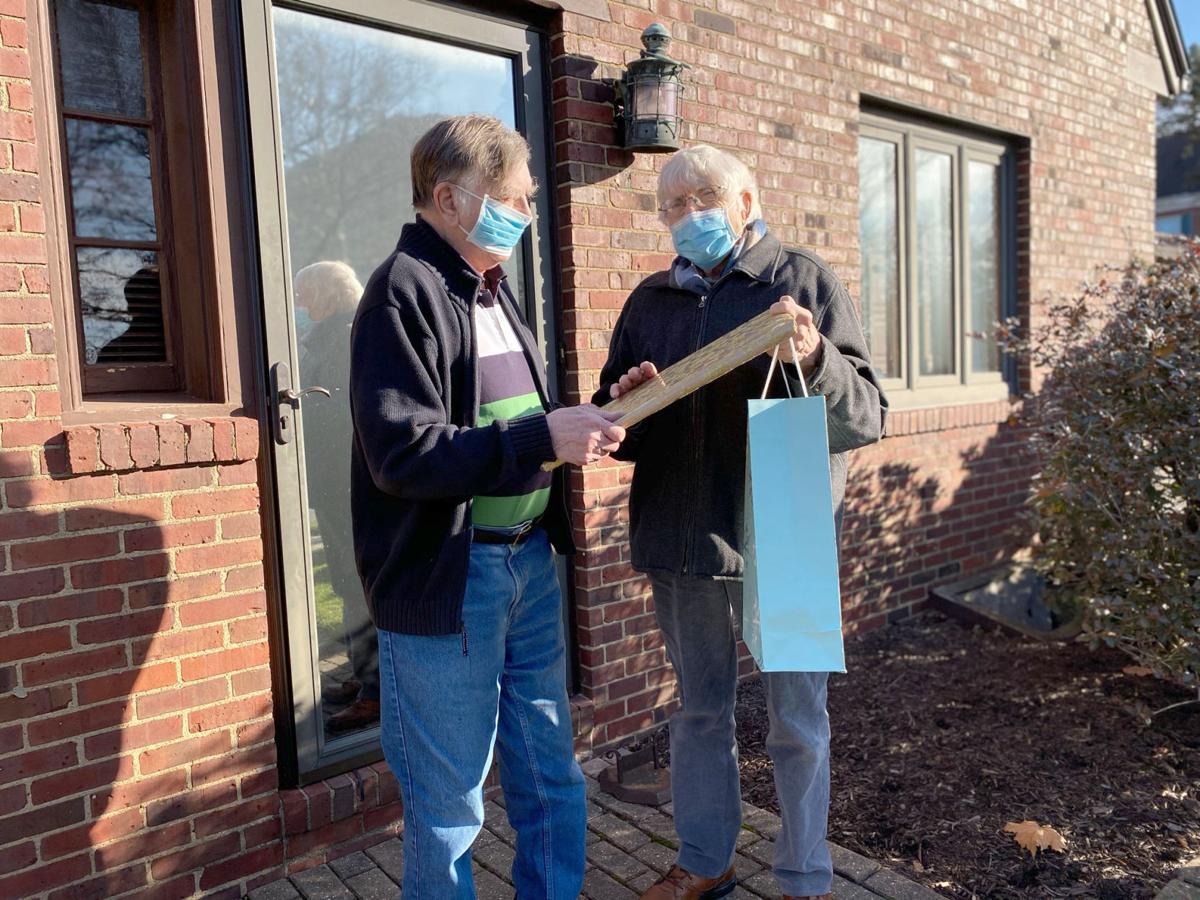 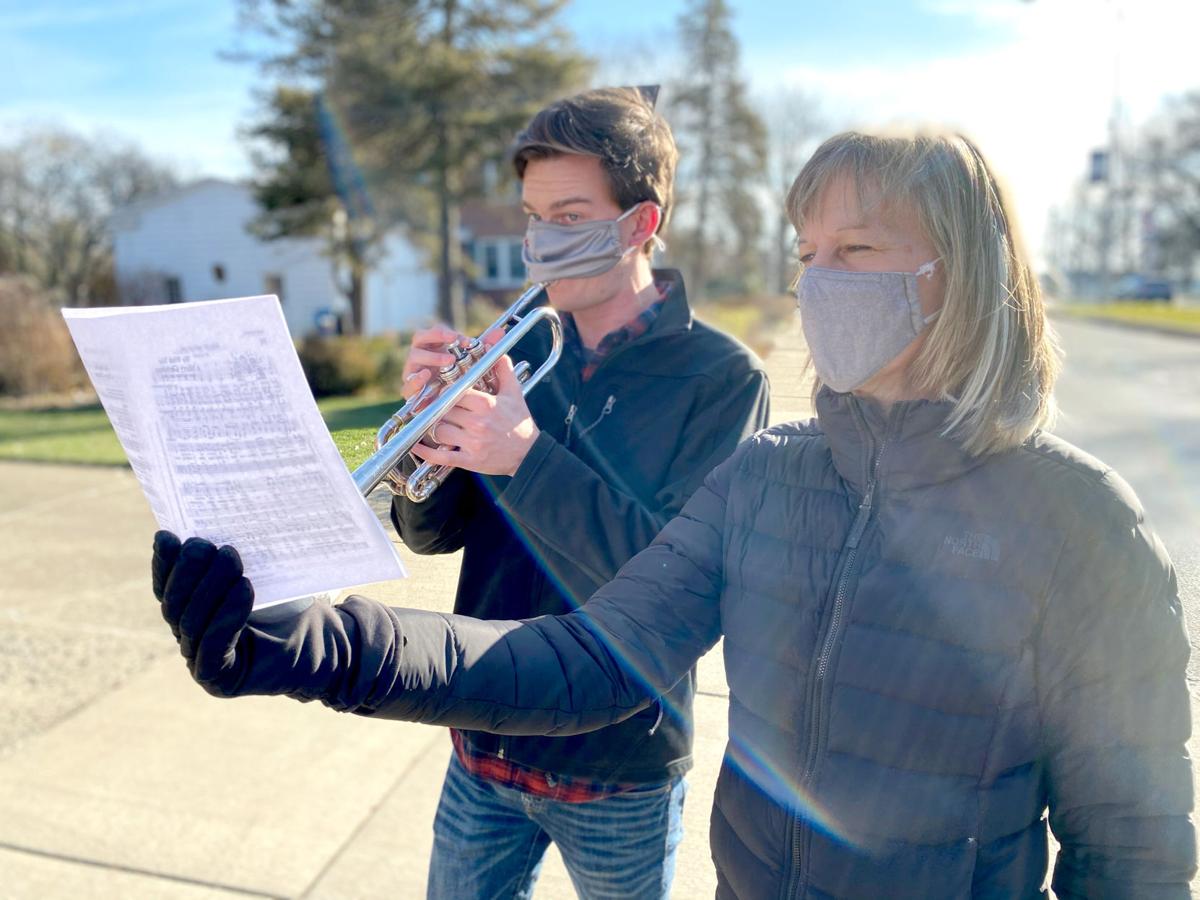 Evan Bossenbroek, with an assist from his mother, Roxann, plays during Sunday’s singalong at John Wustman’s house in Urbana. 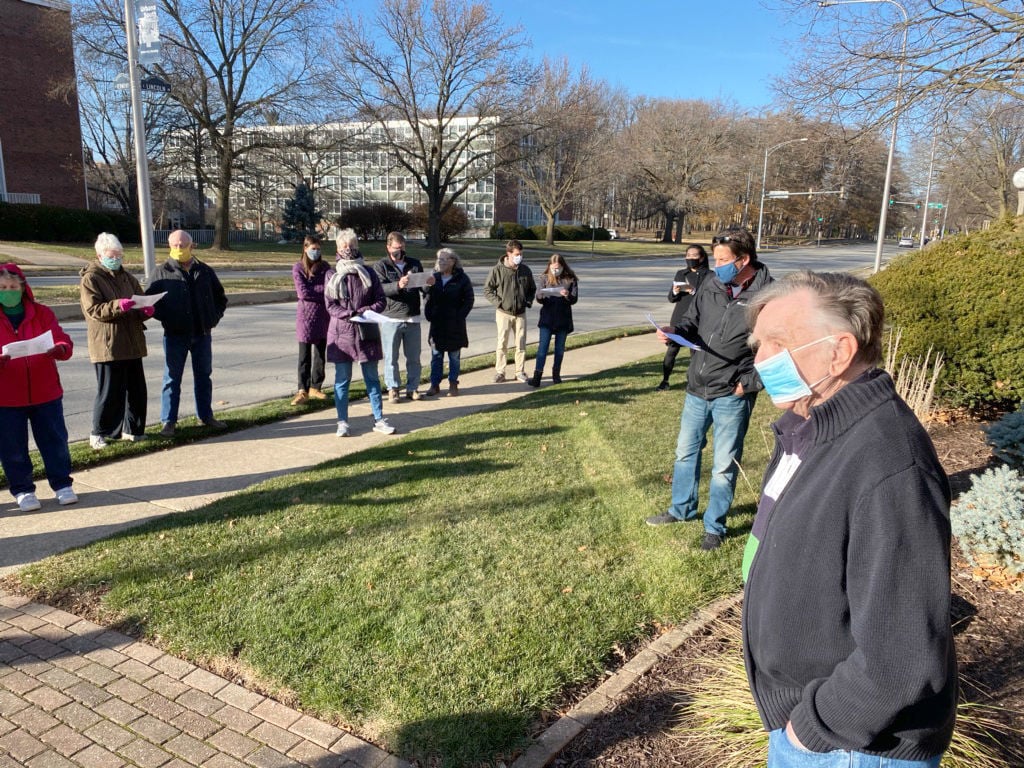 Evan Bossenbroek, with an assist from his mother, Roxann, plays during Sunday’s singalong at John Wustman’s house in Urbana.

A classical musician in a class of his own, John Wustman was on the receiving end of a sweet-sounding surprise Sunday.

On the cusp of turning 90, the renowned accompanist stood outside his front door on South Lincoln Avenue in Urbana as fellow masked members of Hessel Park Christian Reformed Church belted out Christmas carols and “Happy Birthday.”

“It’s like the whole church is here,” said Wustman, whose birthday falls on Christmas.

Wustman, a professor emeritus at the UI, is a big deal who has played alongside major artists, among them Luciano Pavarotti. But at church, he’s a regular Joe who volunteers whenever and wherever needed.

Pastor Tim Bossenbroek led the enthusiastic group — which included Wustman’s former student, Nathan Gunn, and his family — in song in what has become old hat for many of the church’s regulars. Throughout the pandemic, Hessel Park parishioners have connected through drive-by birthday and graduation ceremonies and — when the weather cooperated — outdoor services.

“Always, there was a joyful ‘giving of the gifts’ of presence, laughter, song, sharing,” Hessel Park’s Diane Wardrop said. “Those would be the gifts we gave and received today, too.”

“I was overwhelmed,” Wustman said, “quite taken by it all.”