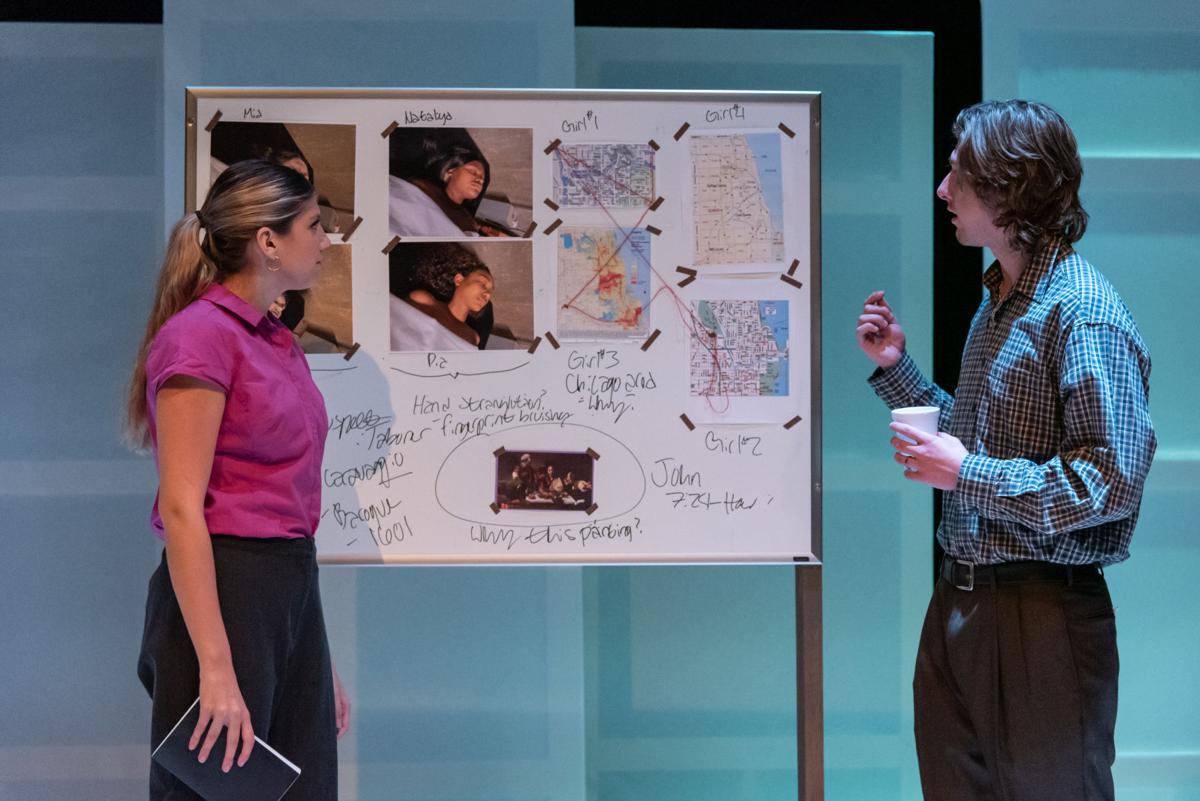 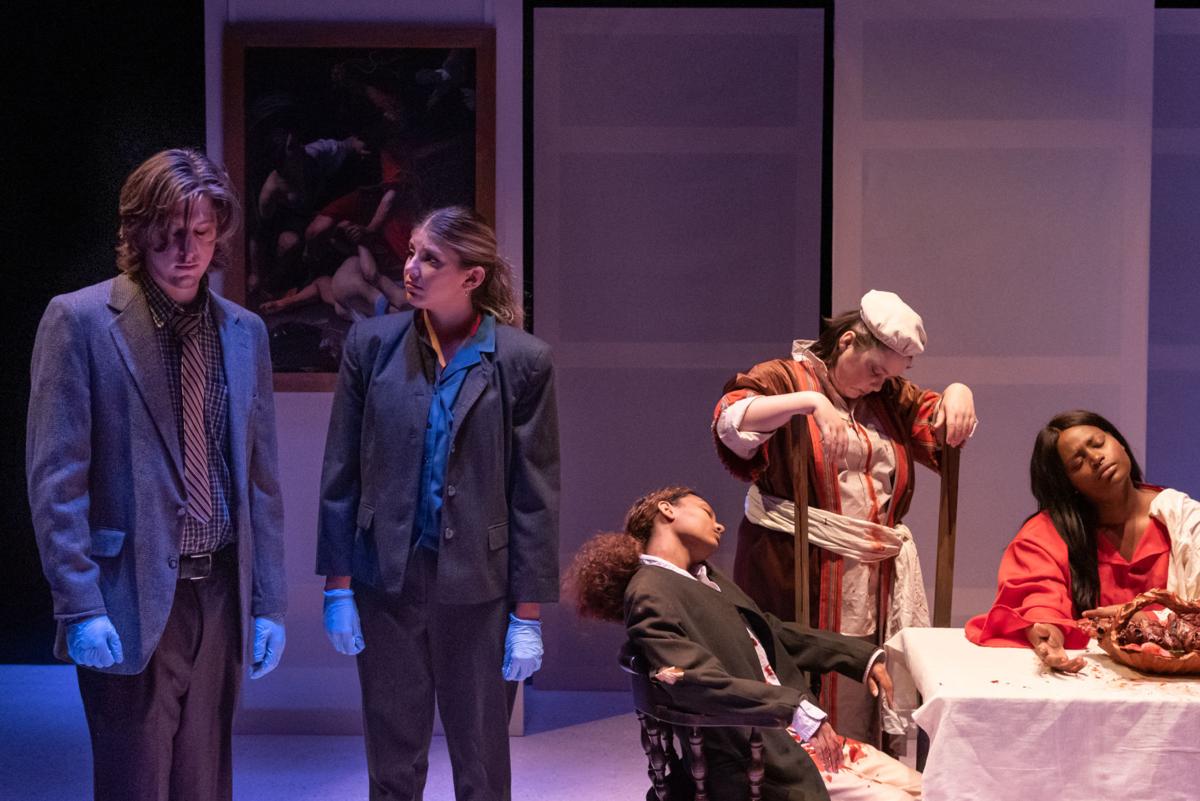 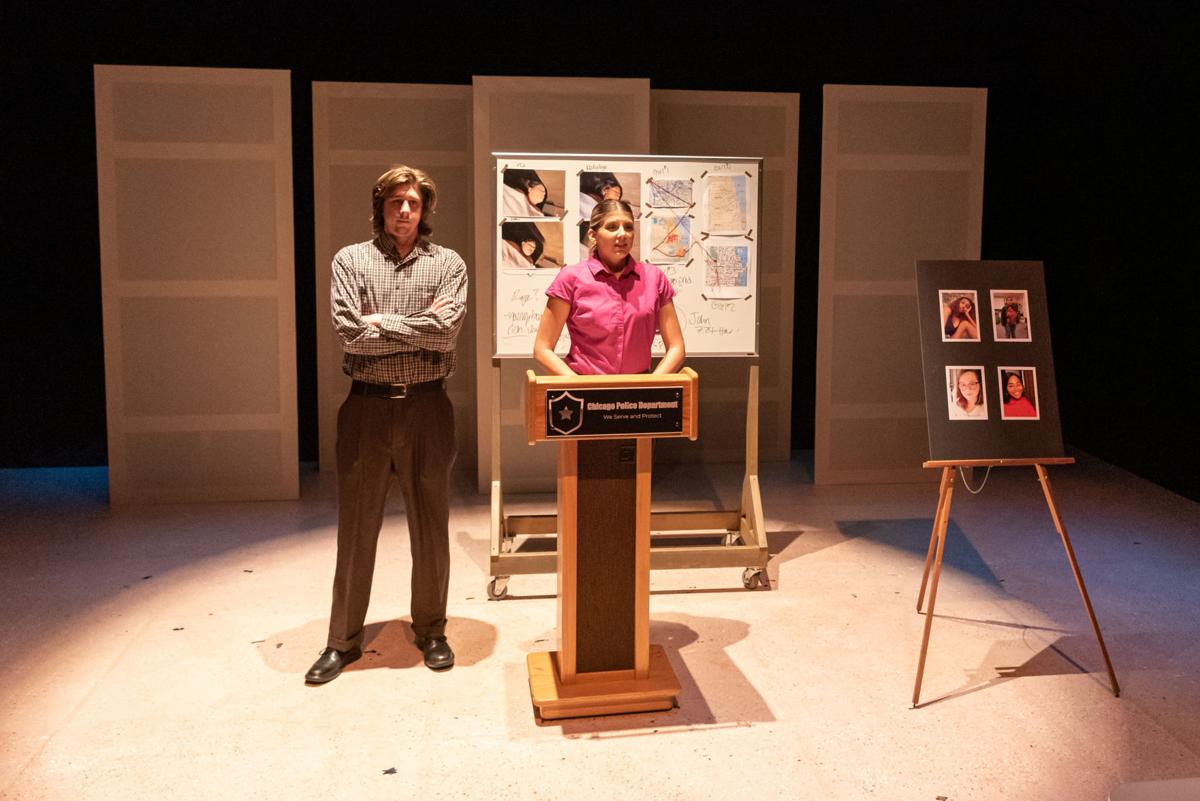 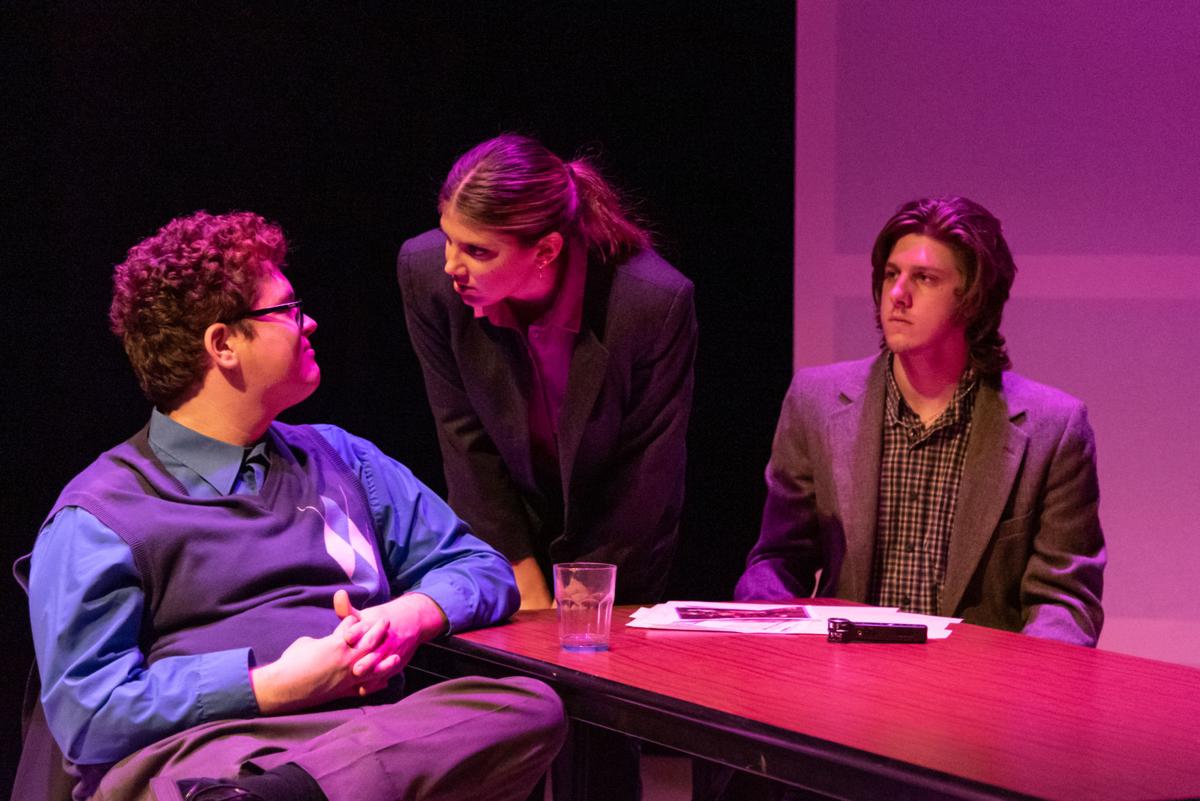 Crim, a second-year student and theater major, draws on his penchant for the horror genre to create a compelling portrait of a serial killer at the center of a crime spree that has the local authorities stumped.

Spencer Hazen plays Detective Aaron Platt, a hardened cop who has sacrificed his personal life in his pursuit of justice. Joining him in the squad room is Madelyn Henson, in the role of Detective Rachel Tines, a newbie with a bit of a chip on her shoulder.

The two work together to solve the riddle before them; four homicides, the female victims displayed in a disturbing artistic tableau with religious overtones.

What is the killer trying to say? Why these women?

After months of investigating, they think they have the suspect in their sights. Will they stop him before he kills again?

This production showcases the quality training students receive within the theater program at Parkland College.

While this production’s pacing lagged a bit as the actor’s navigated some awkward moments, Playwright Crim shows impressive potential as a voice to look forward to.

Tricia Stiller has been actively involved in the Bloomington Normal theater community since 1986.

Cost: Free. Donations Accepted. All performances are sold out.