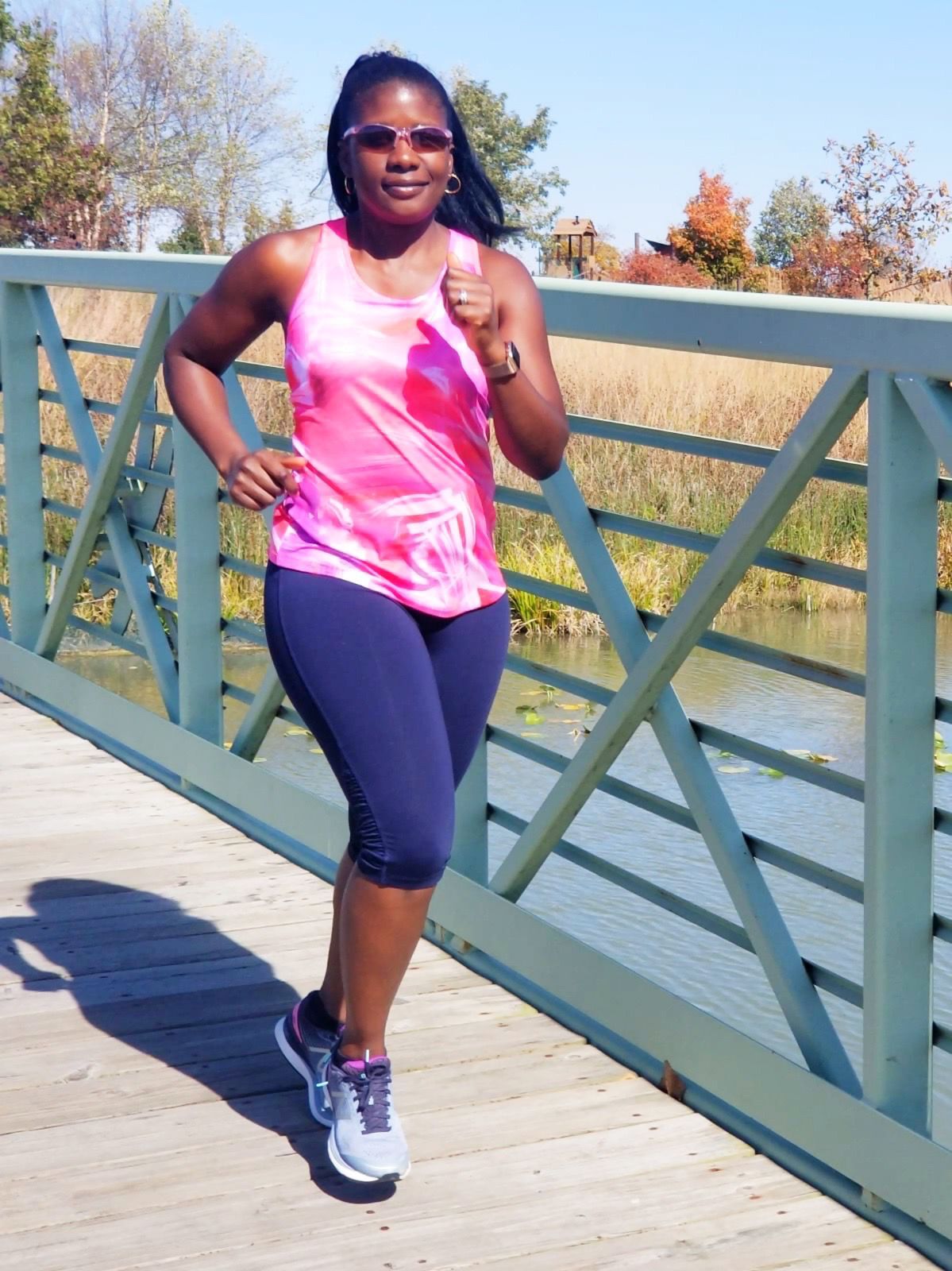 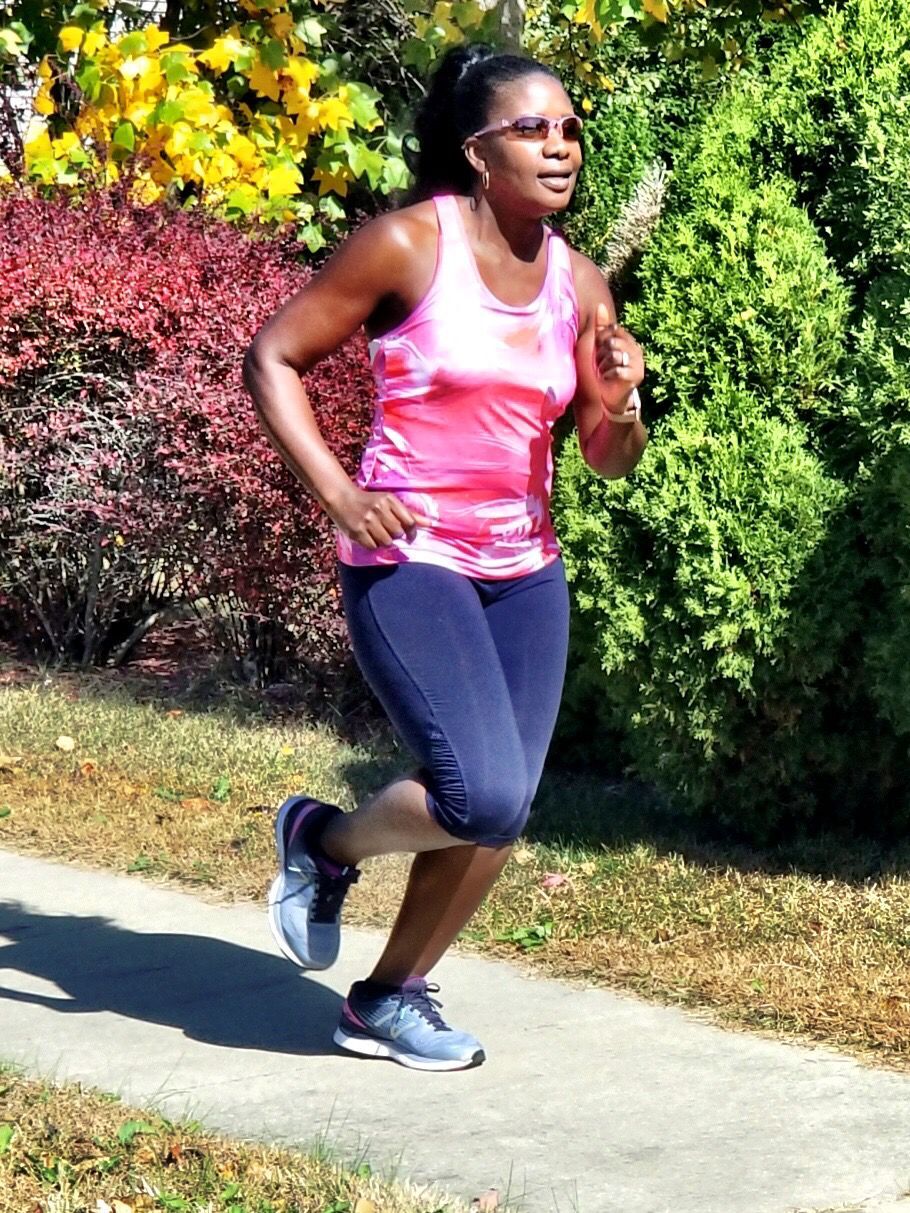 Lina Mongwa took the distressing events of this year and addressed them in a positive way through running.

The Champaign resident ran 401 miles in 100 days to raise money for DREAAM (Driven to Reach Excellence and Academic Achievement for Males), a local nonprofit organization that supports the achievement of Black boys and young men. She began running in mid-June and finished the 401 miles in late September. Mongwa will run a half-marathon Saturday to finish her effort to raise awareness and seek donations for the organization.

She was inspired to do the run by the events she was hearing and seeing this summer — the disproportionate effect of COVID-19 on minorities, the violence against Black men and the racial-justice protests.

“I just have to do something. I can’t keep reading and seeing all this bad stuff and not doing anything about it,” Mongwa said.

At the same time, fitness is important to her. She runs, swims and plays tennis, and she has run several half-marathons and a marathon. She felt it was particularly important to pay attention to her health now.

“With COVID and the risks and the fact that it’s affecting African American and minority populations, and we have a lot of pre-existing conditions in the African American community, I wanted to do my part to be healthy,” Mongwa said.

She also wanted a goal to keep her motivated to exercise. She heard a speaker at George Floyd’s funeral mention that it has been 401 years since the first African slaves arrived here, and she wondered if she could run 401 miles.

She chose to run the miles over a period of 100 days. She ran most days, usually covering 4 miles but sometimes running up to 10. While running, Mongwa often listened to audio books to help her learn about the history of racism in the U.S.

“Not having grown up in this country — I grew up in Cameroon, West Africa — I didn’t see any of this tension. I really wanted to understand,” she said.

Her husband, Mbu, sometimes ran with her, and one day they ran a half-marathon together — his first.

Mongwa tried to set a good example for her three daughters. They also will run this weekend — 15-year-old Xenia and 13-year-old Gabby will run a 10K and 9-year-old Alexis will run a 5K.

“I set out to help myself and the organization, but I can see the ways it has helped my family,” Mongwa said.

In Africa, the expression “it takes a village” is put into practice, she said.

“I am one of six children, and my parents always taught us that when the older children finish school, they help the parents support the younger ones to make sure they go through college too. That’s what we did in my family,” she said, adding that communities and churches support students who are away at college, and those young people come back and do the same for others.

“I feel this is an extension of that. I’m making sure my girls see that just because we’re able to go to school doesn’t mean everybody is able to. How are we giving back to help others?” she said.

Several friends will be running with her this weekend for at least part of the distance. Mongwa has raised $3,000 so far in donations for the DREAAM organization, with commitments for more.

“What this has taught me is that sometimes we make a goal and it seems so impossible. But you go out and take it a day at a time, a step at a time, and you can get it done and see how much we as humans can stretch ourselves to do even more,” Mongwa said.