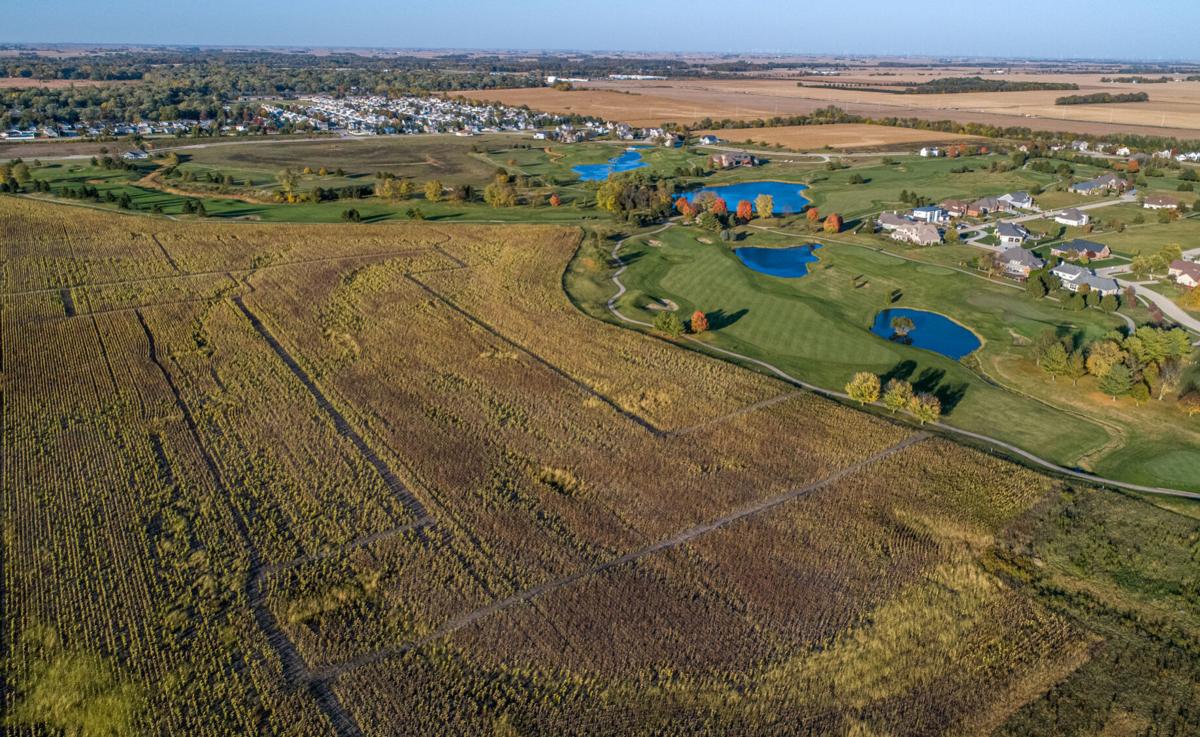 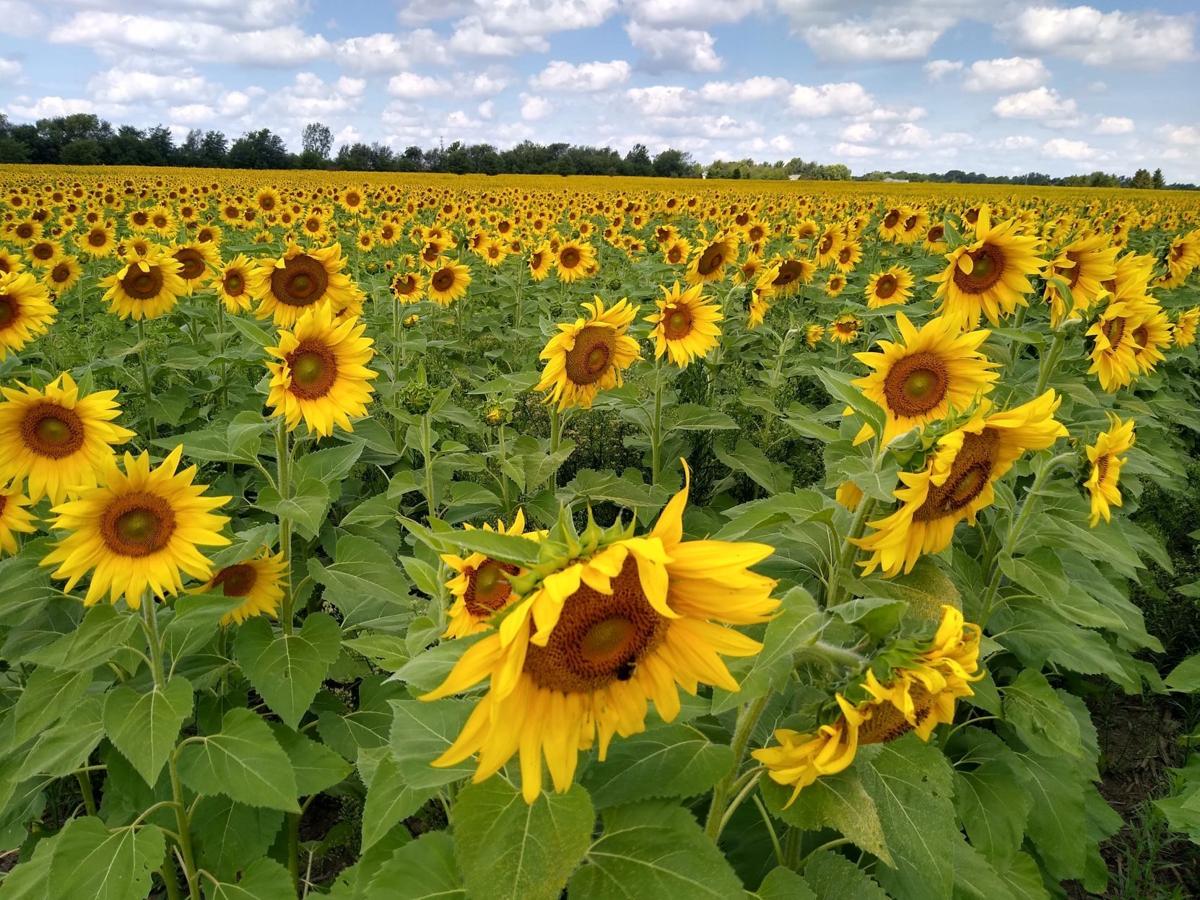 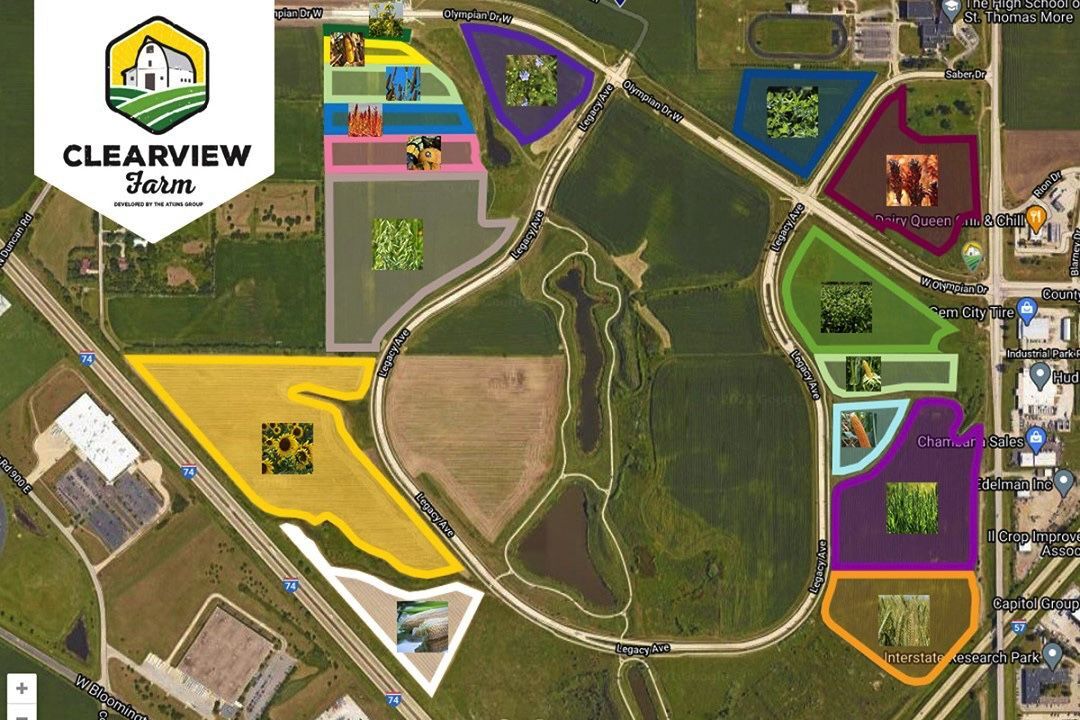 A map of Clearview Farm in northwest Champaign.

A map of Clearview Farm in northwest Champaign.

CHAMPAIGN — The Atkins Group is planning another field of sunflowers — this year in Champaign, along with 17 other crops.

It’s part of a 140-acre development tucked north of where Interstates 57 and 74 intersect that The Atkins Group is now calling Clearview Farm.

“It’s something that we started planning really right after the sunflowers last early fall,” Vice President of Farms Jim Goss said. “It’s an idea to bring a different scale of that sort of beauty to the landscape, but also bring some education opportunities in regenerative agriculture.”

Last year, The Atkins Group planted 34 acres of sunflowers at the Stone Creek subdivision in southeast Urbana, which became something of a social media sensation when they all bloomed.

In addition to a sunflower field about the same size as last year’s, the new Clearview Farm will grow flax, buckwheat, red clover, alfalfa, triticale and several other crops not commonly seen around here.

Each plot will be accompanied by an educational sign with facts about the crop being grown at that location.

“We think it’s going to be an opportunity for people to visit eight, nine months a year and see something in bloom or harvest stage,” Goss said.

The Atkins Group has long owned the land, and Goss said it could still be developed, “but we thought this was an opportunity to do something good for the community.”

The Atkins Group has lined up sponsorships from Farm Credit Illinois, Hickory Point Bank, the Champaign County Farm Bureau and the farm bureau’s foundation, and Parkland College will farm the land, Goss said.

“Faculty and students planted wheat and triticale at the farm last fall and will be planting the remaining crops this spring,” Parkland spokeswoman Stephanie Stuart said. “They will be utilizing our high technology planter to plant the Clearview Farm logo in the sunflower field.”

The wheat and triticale have emerged this spring from dormancy, Goss said, and depending on the weather, more plants could be in the ground next week.

“Over the next 30 days, you’re going to start to see things emerging in different fields, and we expect to have everything planted certainly by the end of May,” Goss said.