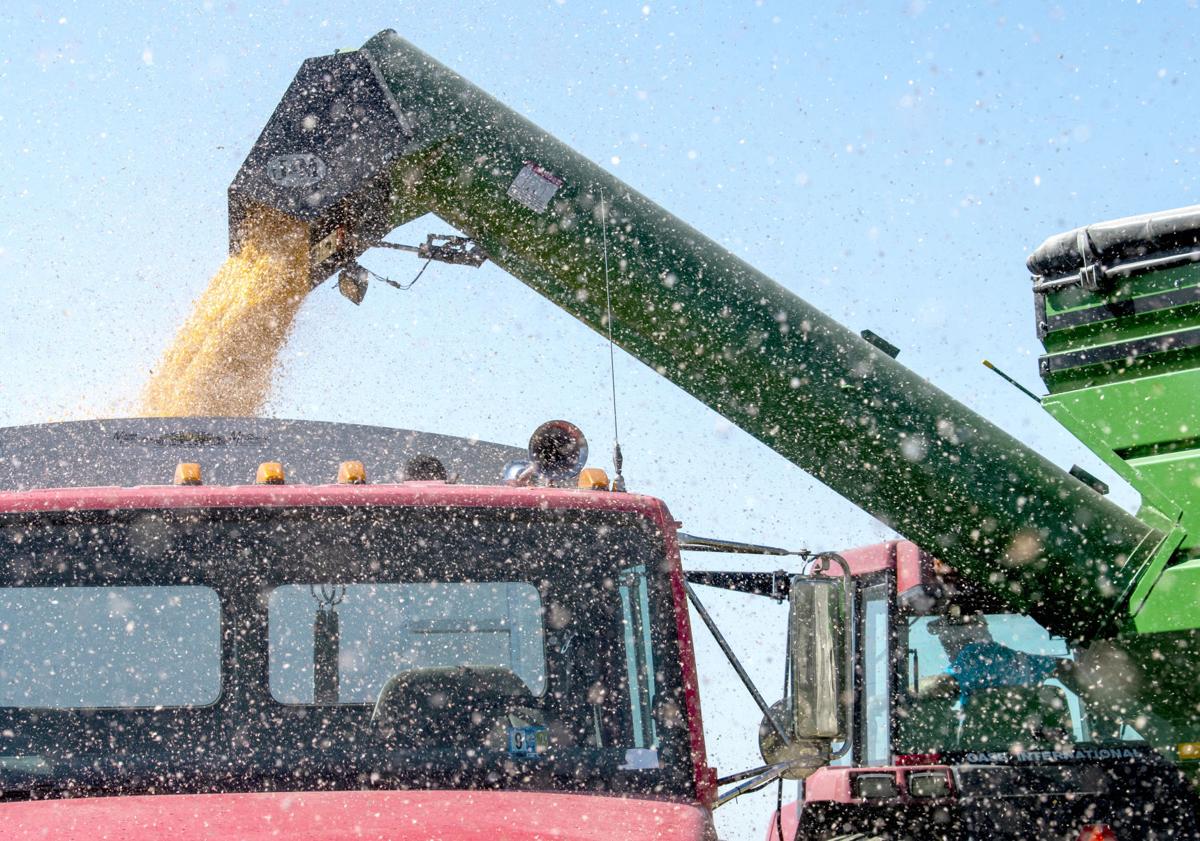 Len Schmidt watches from the grain cart Monday as he fills up the truck with corn as chaff flies in the wind west of Thomasboro. Schmidt, who is not a farmer, was helping out his friend, Joe Irle. 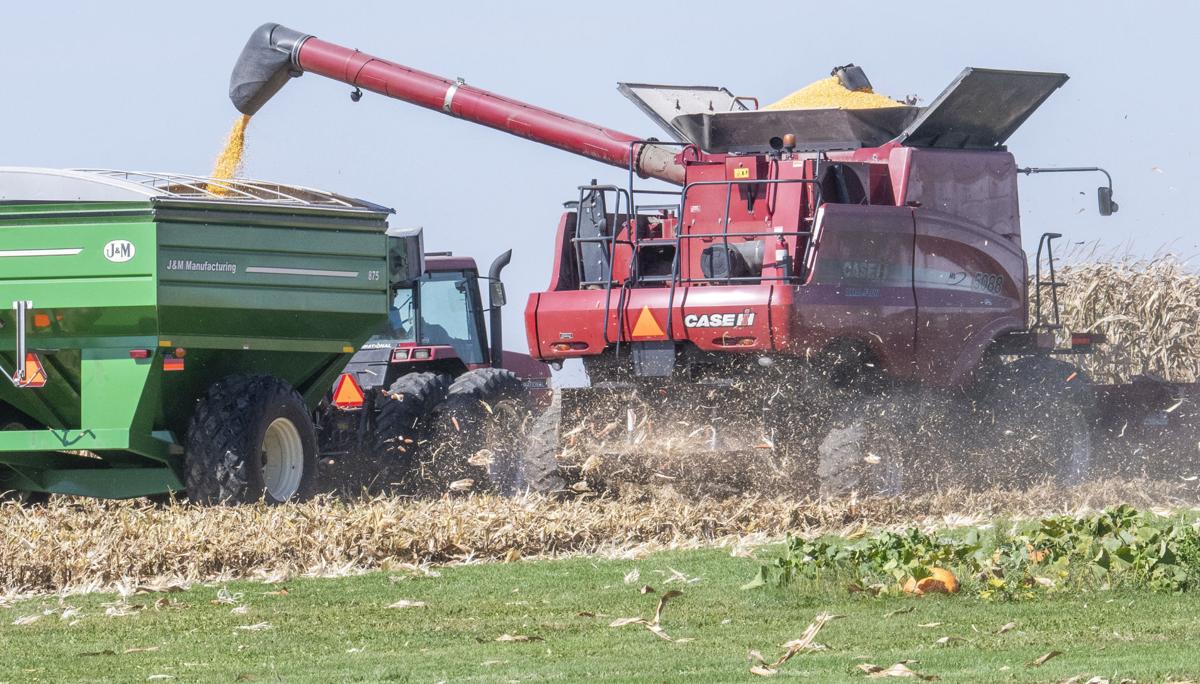 Len Schmidt watches from the grain cart Monday as he fills up the truck with corn as chaff flies in the wind west of Thomasboro. Schmidt, who is not a farmer, was helping out his friend, Joe Irle.

Area farmers are well into the harvest of 2021 in what has been described as a good growing season.

Recent dry weather has prompted farmers to kick in the after-burners. USDA figures indicate corn harvest is farther along than usual.

Numbers released this week show 21 percent of the Illinois corn crop harvested as of Sunday compared to 12 percent last year and a five-year average of 18 percent. Fifty-one percent of the corn is reported as good, and 21 percent excellent statewide.

Ten percent of soybean harvest in Illinois has been finished, the same amount as 2020, slightly below the five-year average of 11 percent. Fifty-two percent of the soybean crop condition is good, and 20 percent excellent.

Jake Lieb, who farms with his family in rural Monticello, said he started combining soybeans Saturday.

“We’re probably 15 to 20 percent done with beans,” Lieb said from the cab of his combine. “We have very little corn done, maybe 5 to 10 percent. We’re going to focus on beans probably until we get them done and take advantage of this good weather this week.”

But they can get too dry. A shrink factor is in play if they get below 13 percent moisture level.

He said he might switch to bringing in corn if the soybean moisture levels get too low.

Lieb said they had a little too much rain in June, and some low-lying areas got water damage. Otherwise, the growing season was “favorable for the most part.”

Lieb, who said he and his brother, Josh, put in 12- to 14-hour days during harvest, encouraged farmers to be careful and urged drivers to take it easy around farm equipment.

Rick Nelson, who farms with his family in rural Paxton, Loda and Buckley, said the corn yield is “decent, but not a record.”

“It’s pretty dry, between 15 and 19 percent on late-planted April corn. The ideal target moisture is between 18 and 20. That’s the sweet spot,” Nelson said. “As you get dryer corn, you get more shelling loss in the field.”

Nelson said about a third of his corn was planted by late April, but they didn’t get back in to plant until late May.

He said the corn yield is coming in about 206 bushels an acre.

Nelson is noticing more tar spot fungus on the leaves of corn plants — a problem that has worked its way down from northern Illinois.

As a result of the fungus, the corn plants shut down prematurely and dry quicker.

“Instead of getting the max yield in the first week or two in September, it shut down earlier than that. Once we got to Labor Day, it started to show up as more of a factor.”

The Nelsons are putting in about 14-hour days during harvest.

Dave Waters, who farms with his family in Stanton Township, Champaign County, called it “a strange year.”

“The corn is drier than the beans. We usually do beans first,” Waters said, noting corn moisture levels are 17-18 percent.

He estimated they had 120 acres of beans and 160 acres of corn done.

Waters said the corn is drier than normal because “it’s been so darn warm and dry. The winds are going. It’s just the weather. It took the moisture out of it.”

He said yields are good, and “we’re satisfied.”

Lin Warfel of rural Tolono is retired but has kept in touch with the farmers on his ground. He said it’s been extremely dry.

“A guy over by Bloomington lost his combine to a fire,” Warfel said. “You always have to be very careful. Most farmers carry one or two fire extinguishers. Sometimes guys put a pump or a tank on a cart to help with a fire. But between the fuel and oil and plastic on the modern combines,” fires just take off.

Warfel said yields “are all over the place.”

Warfel said he drove to Marion on Sunday and to Champaign on Monday and estimated fields are 30 percent harvested.