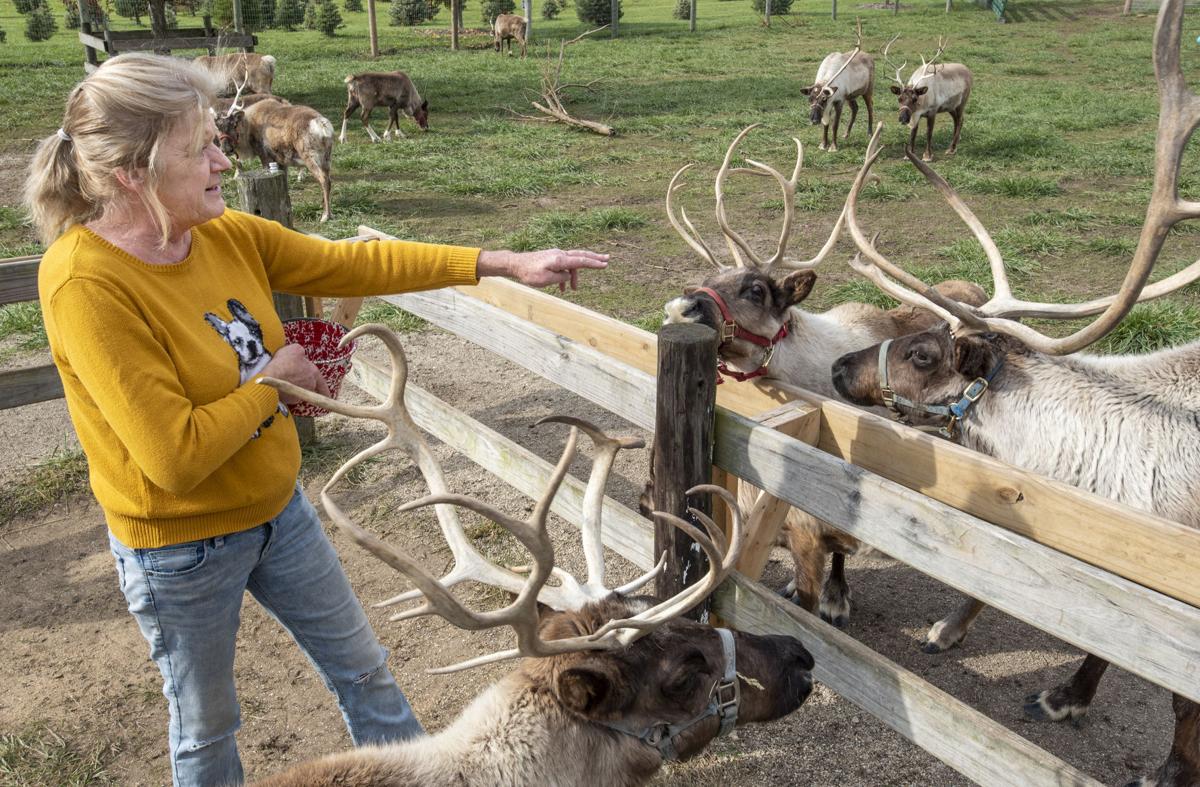 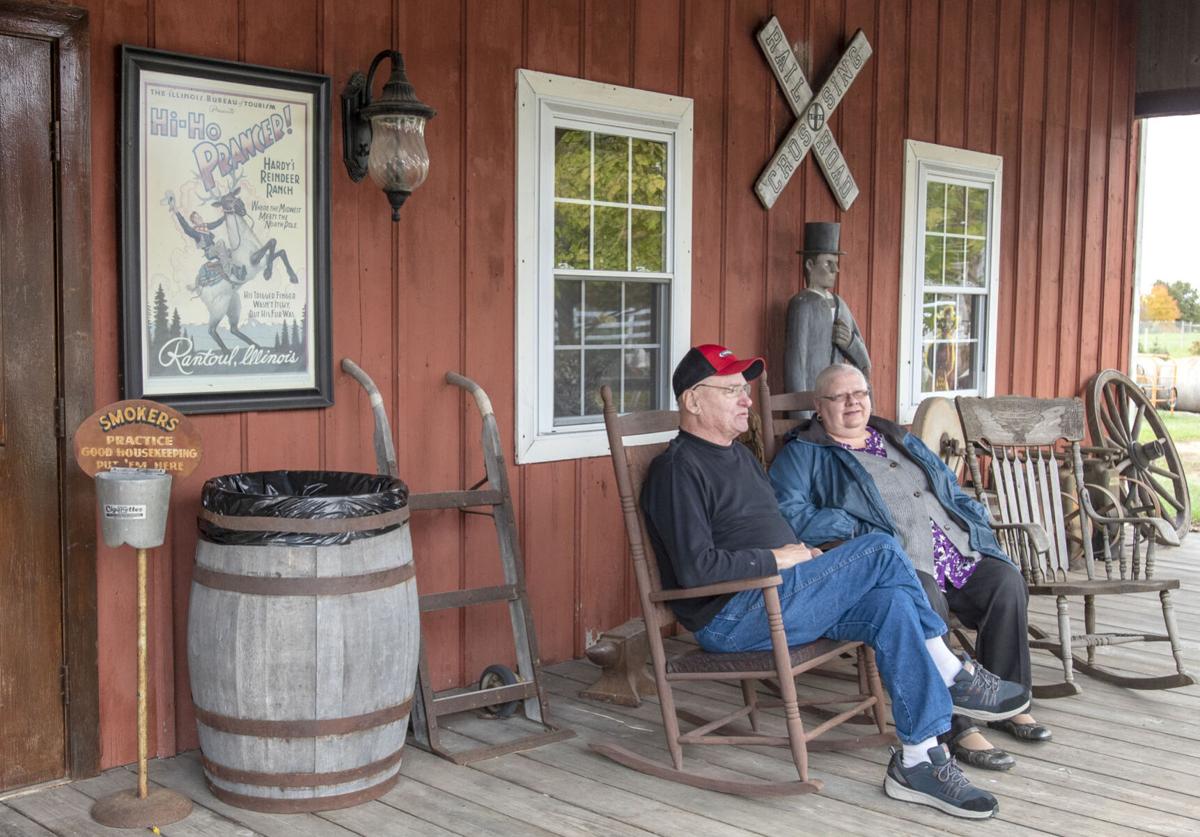 Will Ramsey, Normal, and Janet Townsend, Bloomington, take a break in rockers on the porch at Hardy's Reindeer Ranch in Rural Rantoul on Wednesday, Nov. 3, 2021.2021. 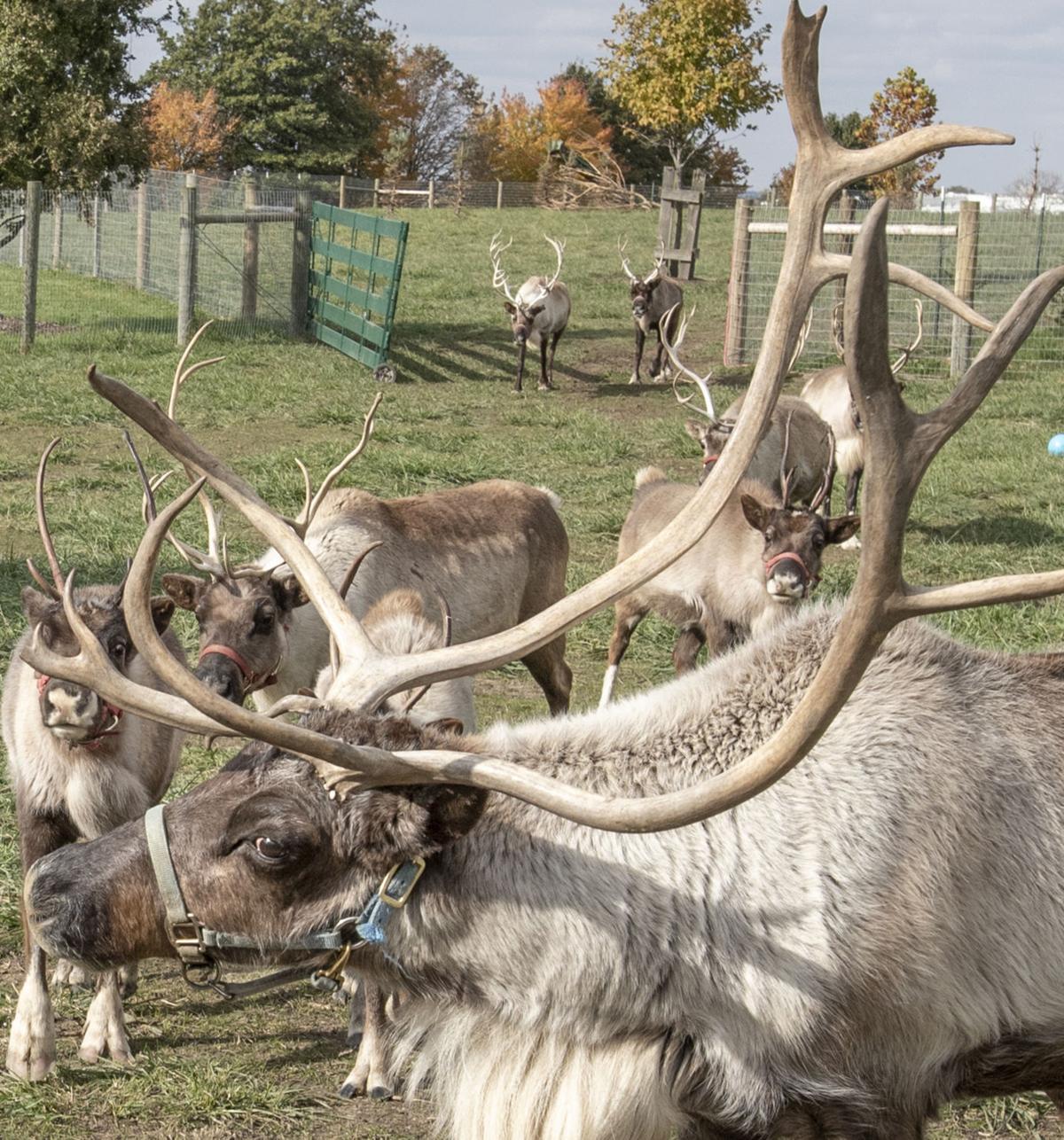 The reindeer come in from pasture at Hardy’s Reindeer Ranch in Rural Rantoul on Wednesday, Nov. 3, 2021.2021. 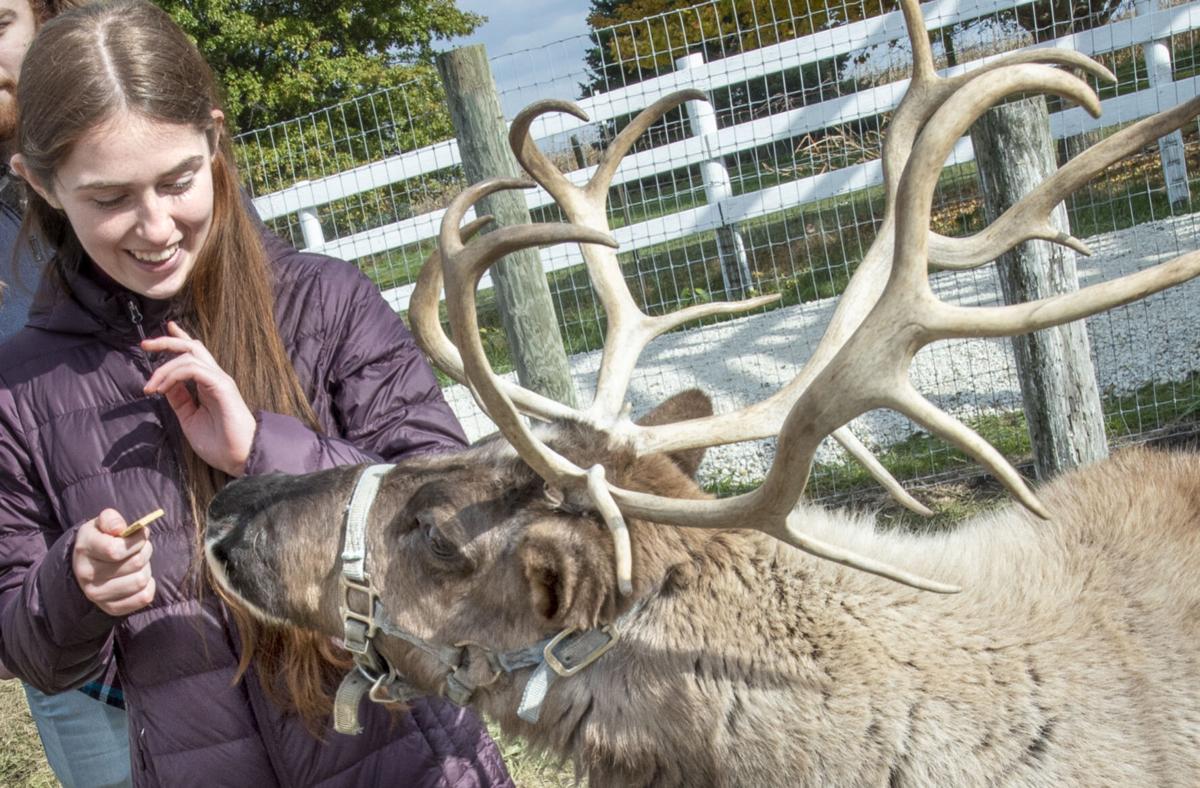 UI student Therese Egner, C., reacts as she feeds a graham racker to a reindeer at Hardy’s Reindeer Ranch in Rural Rantoul on Wednesday, Nov. 3, 2021.2021. 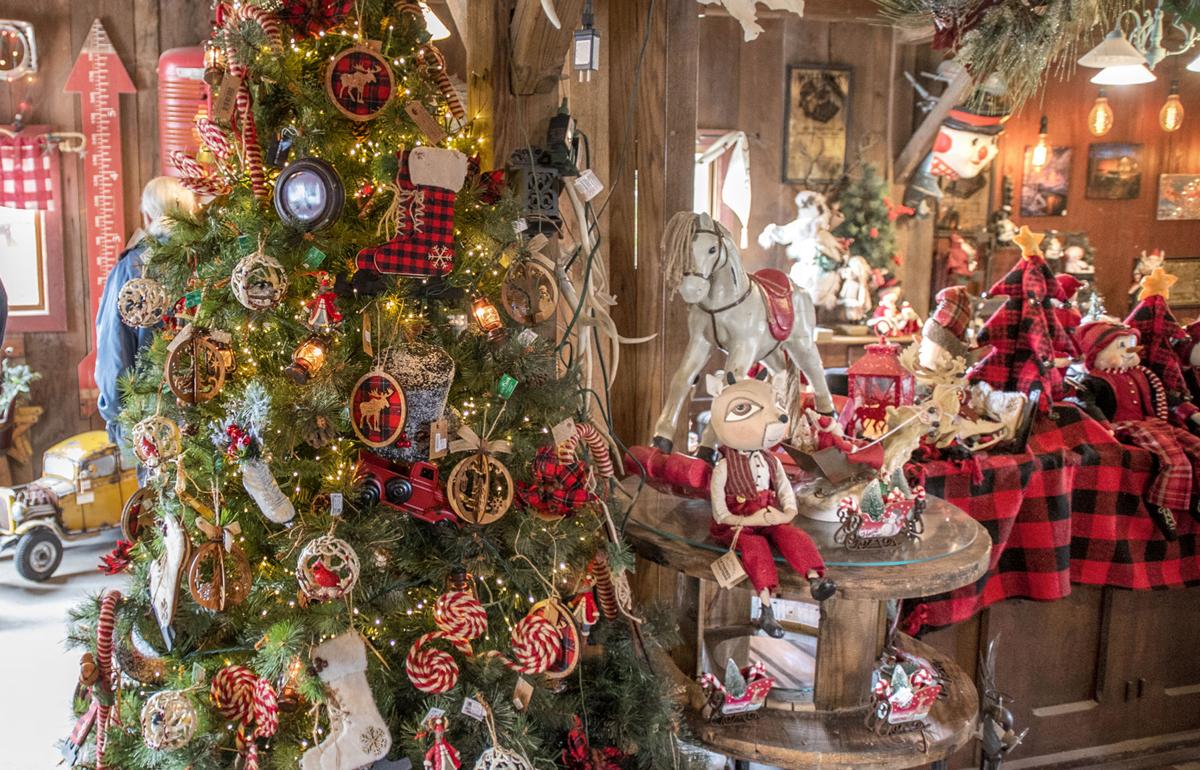 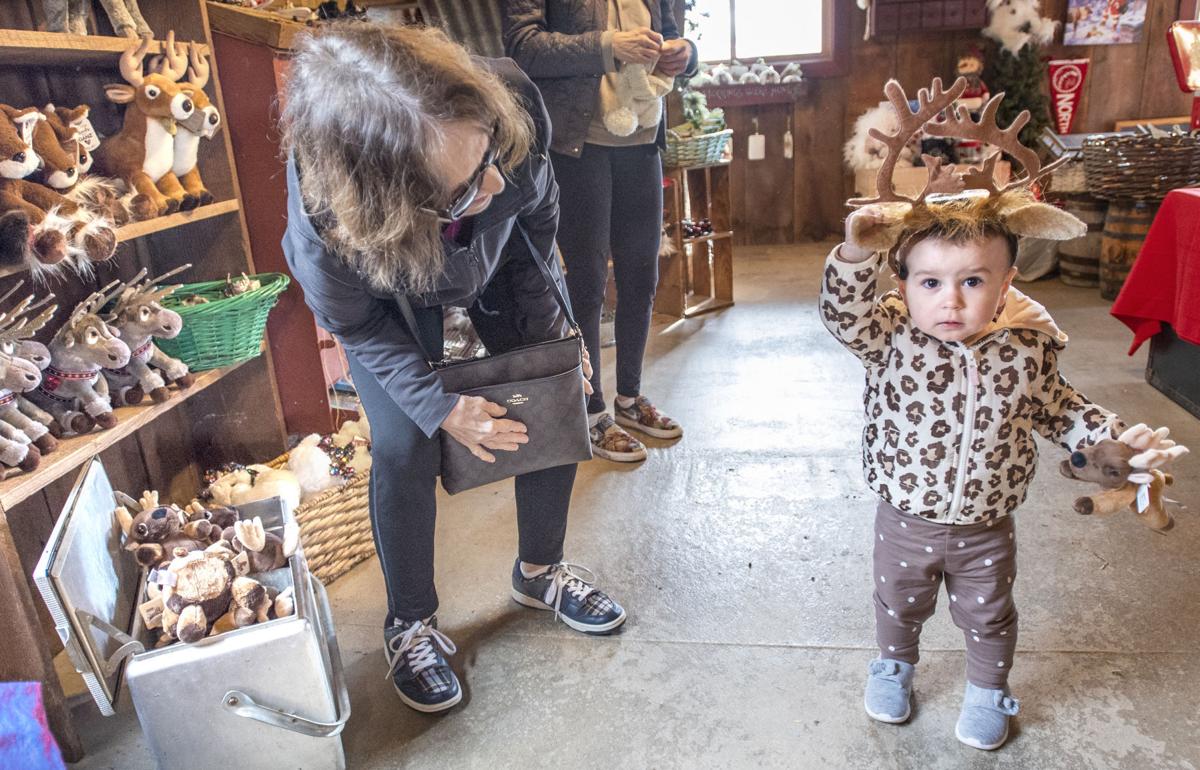 Will Ramsey, Normal, and Janet Townsend, Bloomington, take a break in rockers on the porch at Hardy's Reindeer Ranch in Rural Rantoul on Wednesday, Nov. 3, 2021.2021.

The reindeer come in from pasture at Hardy’s Reindeer Ranch in Rural Rantoul on Wednesday, Nov. 3, 2021.2021.

UI student Therese Egner, C., reacts as she feeds a graham racker to a reindeer at Hardy’s Reindeer Ranch in Rural Rantoul on Wednesday, Nov. 3, 2021.2021.

RANTOUL — Nothing stays the same on a reindeer ranch, says Mark Hardy.

“That’s unusual,” Hardy said. “We haven’t had babies for a long time. We had one last year and none the year before. They are quite an attraction and about half as big as their mothers right now.”

But they may not be the most popular for very long. One of the older reindeer, Jingles, is set to become a television star.

In February, she spent a day in Oregon, Ill., on the set of a made-for-television movie, “Lacy’s Christmas Do-Over.”

The airdate and network information for the movie have not been announced, but the movie is expected to air during this holiday season. Hardy even received a credit in the film as a “reindeer handler.” It took about two hours to film the scene, but Jingles handled her role perfectly, he said.

“We’re excited about watching the movie,” he added.

Hardy’s Reindeer Ranch a unique tour destination in Central Illinois during the fall and winter. Visitors can meet the herd of authentic Alaskan reindeer and get pictures taken with them. opened in 1995 when Mark and his wife, Julie, purchased two reindeer to help sell Christmas trees on their farm. Two years later, the Hardys went to Alaska and purchased 13 additional reindeer. They were put in special crates and shipped in 747 airplanes.

The reindeer have names like Klondike, Flurry and Mistletoe.

The ranch has been an attraction ever since. Occasionally, the Hardys take the reindeer off the ranch for special events.

In addition to the reindeer, the ranch features five acres of Christmas trees, a barn gift shop, a paint-ball gallery, hay rides, cookouts by reservations and rebuilt and restored 100-year-old barns. The 10-acre corn maze is considered one of the best in Illinois.

Since most of the activities are outdoors, the ranch did all right last year, despite the coronavirus pandemic.

“Last year was our biggest fall and Christmas season ever,” Mark Hardy said. “We ran 13,000 people through the maze. This year, I don’t know what to expect, but we can already tell that the groups are coming back, which is good. We have seen a lot of reservations from church groups, the university and many others. So, we are expecting a very solid year.”

But there is one caution, he adds. There will be a reduction in the number of Christmas trees for sale.

“There is a severe Christmas tree shortage,” he added. “I will have a certain number of trees on our property to cut, but that isn’t going to be enough.”

The ranch offers Michigan Fraser firs and a variety of other firs and pines.

“But this year, I am only allowed half as many trees out of Michigan,” he said.

The shortage isn’t due to the pandemic or the supply-chain issues.

“This has been years in the making. It has everything to do with economics. Back in 2006, 2007 and 2008, when there was a recession, a lot of growers in Michigan and Wisconsin sold out, reduced their planting, or didn’t plant at all. The cycle of a tree is 10 to 15 years, and so now, we have an issue that is terrible.”

“I will only have a one- or two-week supply, and then I will be out,” he said, “so we are encouraging people to scout early because they won’t last long.”