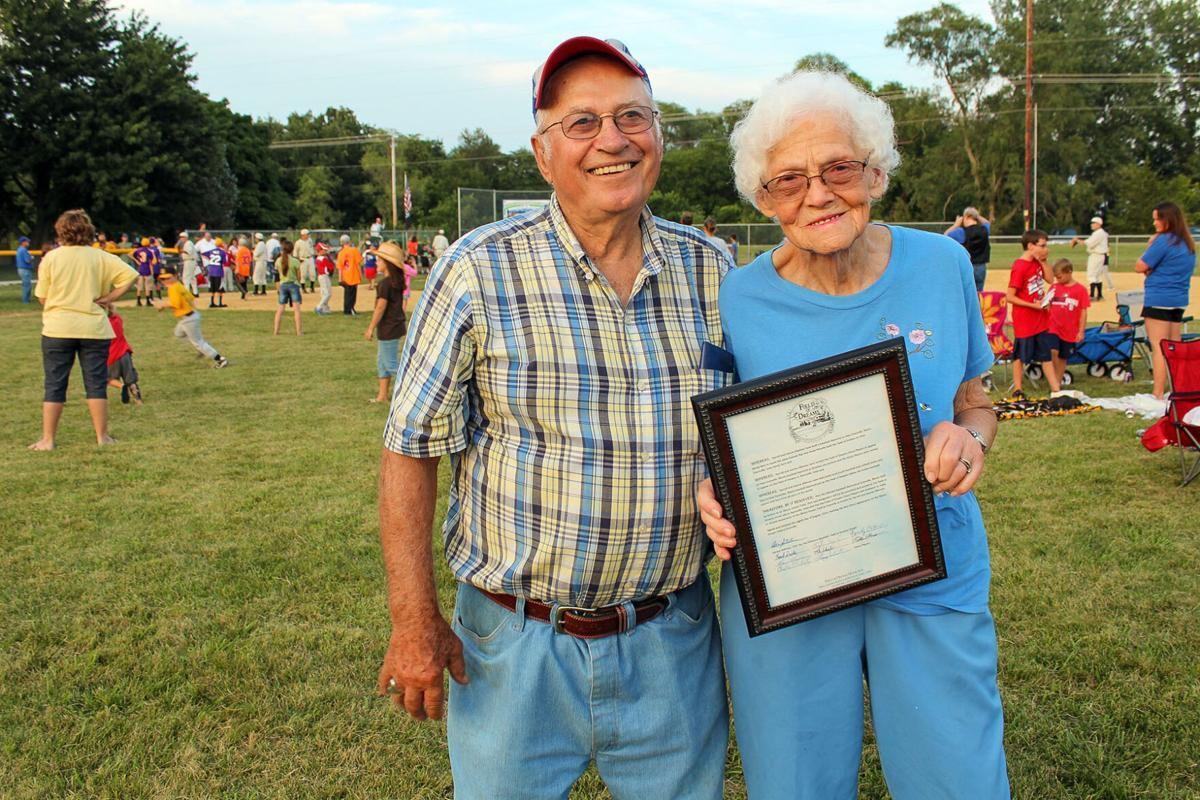 The late Darrell and Jeanne Alleman pose on the baseball field they built on their farm near Granville with a proclamation from the official ‘Field of Dreams’ site in Dyersville, Iowa, acknowledging it as an Illinois Dream Field. 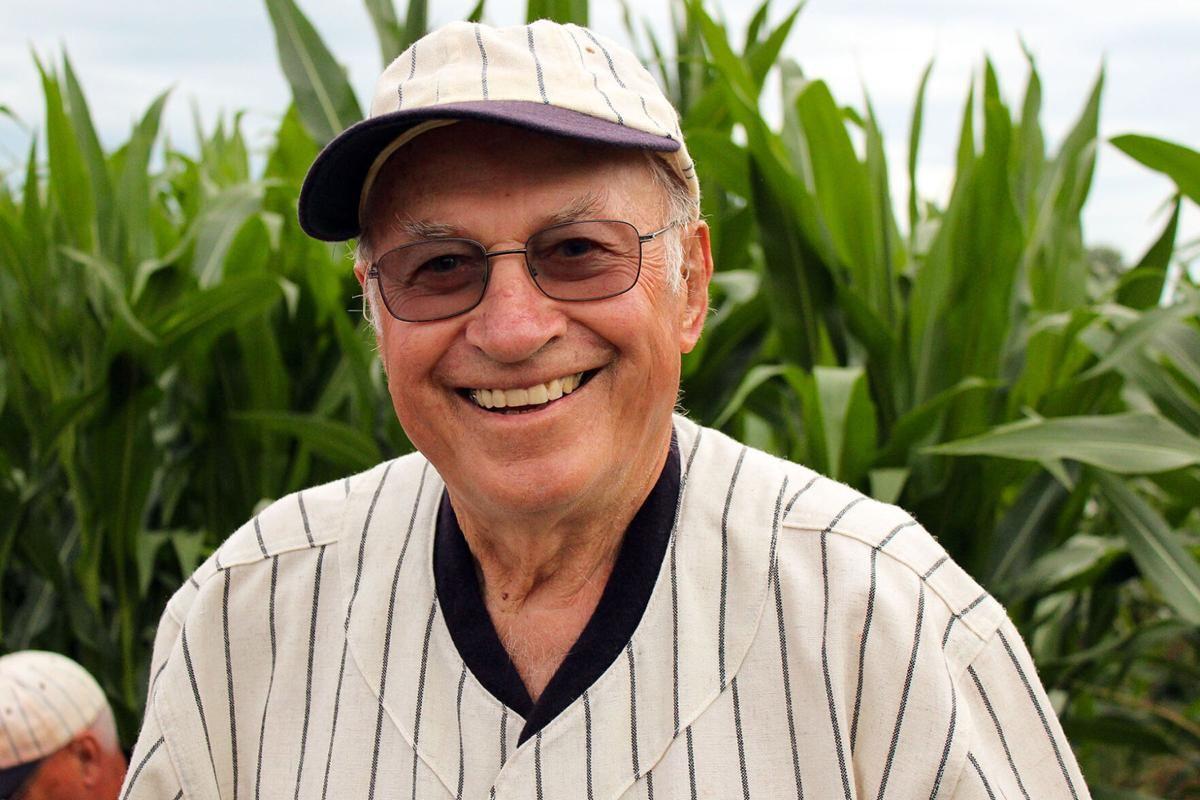 Darrell Alleman poses in the uniform of a ghost player, as inspired by the 'Field of Dreams' movie. It was given to him by actors from the movie in 2015, who honored him as an honorary ghost player.

The late Darrell and Jeanne Alleman pose on the baseball field they built on their farm near Granville with a proclamation from the official ‘Field of Dreams’ site in Dyersville, Iowa, acknowledging it as an Illinois Dream Field.

Darrell Alleman poses in the uniform of a ghost player, as inspired by the 'Field of Dreams' movie. It was given to him by actors from the movie in 2015, who honored him as an honorary ghost player.

GRANVILLE — The iconic Field of Dreams, a farm turned into a baseball field for the 1989 classic film, remains a major tourist destination in Dyersville, Iowa.

And the site returned to the national spotlight when the Chicago White Sox and New York Yankees played a game in August at an 8,000-seat facility adjacent to the original field used in the movie.

It will be back in the spotlight Aug. 12, when the Chicago Cubs and Cincinnati Reds are scheduled to play there.

But did you know there’s an Illinois Dream Field, recognized by the official “Field of Dreams” movie site, located about 175 miles southeast of Dyersville near the Putnam County community of Granville, just a stone’s throw from Interstate 80 along the Illinois River?

The inspiration for that field is all about a farmer’s passion for baseball and support of community events he passed down to his family that eventually led to the construction of the Illinois Dream Field.

The Illinois site hosted fundraising events from 2014-17 that featured actors who appeared as “ghost players” in the movie, an adaptation of W.P. Kinsella’s 1982 novel “Shoeless Joe.”

The real-life version of the field in Illinois was a dream come true for Darrell Alleman, who shared his love for baseball with his high school sweetheart, Jeanne. The two married, operated a crop and livestock farm and raised a family in nearby Magnolia.

“It all started when he was young,” said daughter Deb Kimme. “He always loved the game of baseball but didn’t have a lot of opportunities to play growing up on the farm.”

He also served in many roles in support of Putnam County High School baseball, where his sons, Scott and Kim, starred and each played on state tournament teams.

“He was very involved in all aspects,” Scott said.

“Our community really benefited from dad’s love of baseball and his organizational skills,” Deb said. “He always thought bigger. If you could have one game, then you could have 10 games.”

Over the years, Darrell collected equipment and parts of facilities used at baseball fields, including an old concession stand and foul poles from the high school field.

“When Dad was Little League president, they got a new backstop, so the old backstop came to our house and was stored behind a barn because he always wanted to build his own field,” Deb said.

Deb, Scott, Kim and their sister, Jan Chance, then gave their dad an official set of bases as a gift.

And when Darrell and Jeanne moved to their Granville farm, the dream finally became reality — construction on the field began in 2009.

“He just had an idea in his head and it just grew,” Scott said of his father. “He just made it happen.”

The Allemans built the field close to their home so they could sit on the porch and watch games. The first game was held there on Father’s Day 2010.

But there was more to the story through a twist of fate during one of the Allemans’ visits to the original site in Iowa.

“They were just sitting there on the bleachers and struck up a conversation with Frank Dardis. He was one of the original ghost players,” Deb said. “They struck up an instant friendship and bond over baseball.”

Upon returning to the farm, Alleman was inspired to host his own game. He planted corn and invited Dardis to visit.

“He thought one ghost player was going to come, but to Mom and Dad’s surprise, Frank showed up with seven other ghost players,” Deb said. “They would go around and do events and fundraisers.”

The Allemans, through Granville Rotary, went on to host communitywide baseball fundraising events, complete with a showing of the film.

“They presented dad with a uniform in 2015 and he became an honorary ghost player,” Deb said. “That was the first time he ever got to wear a baseball uniform. He was very proud of that.”

This story was distributed through a cooperative