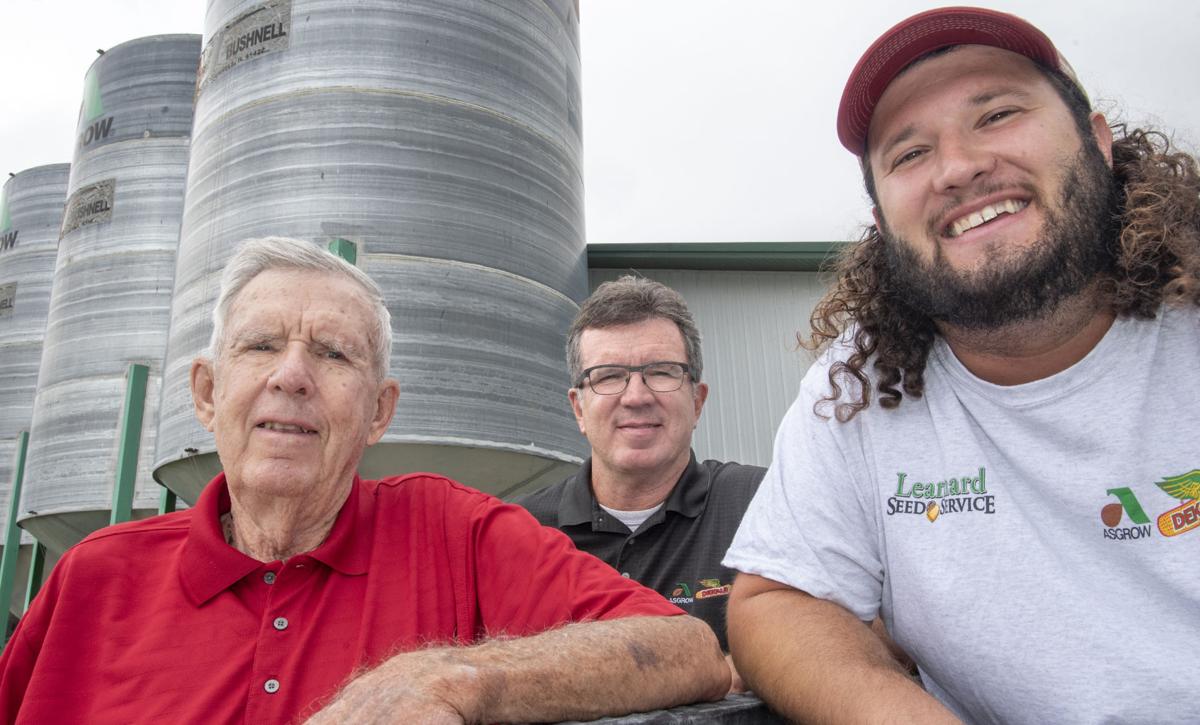 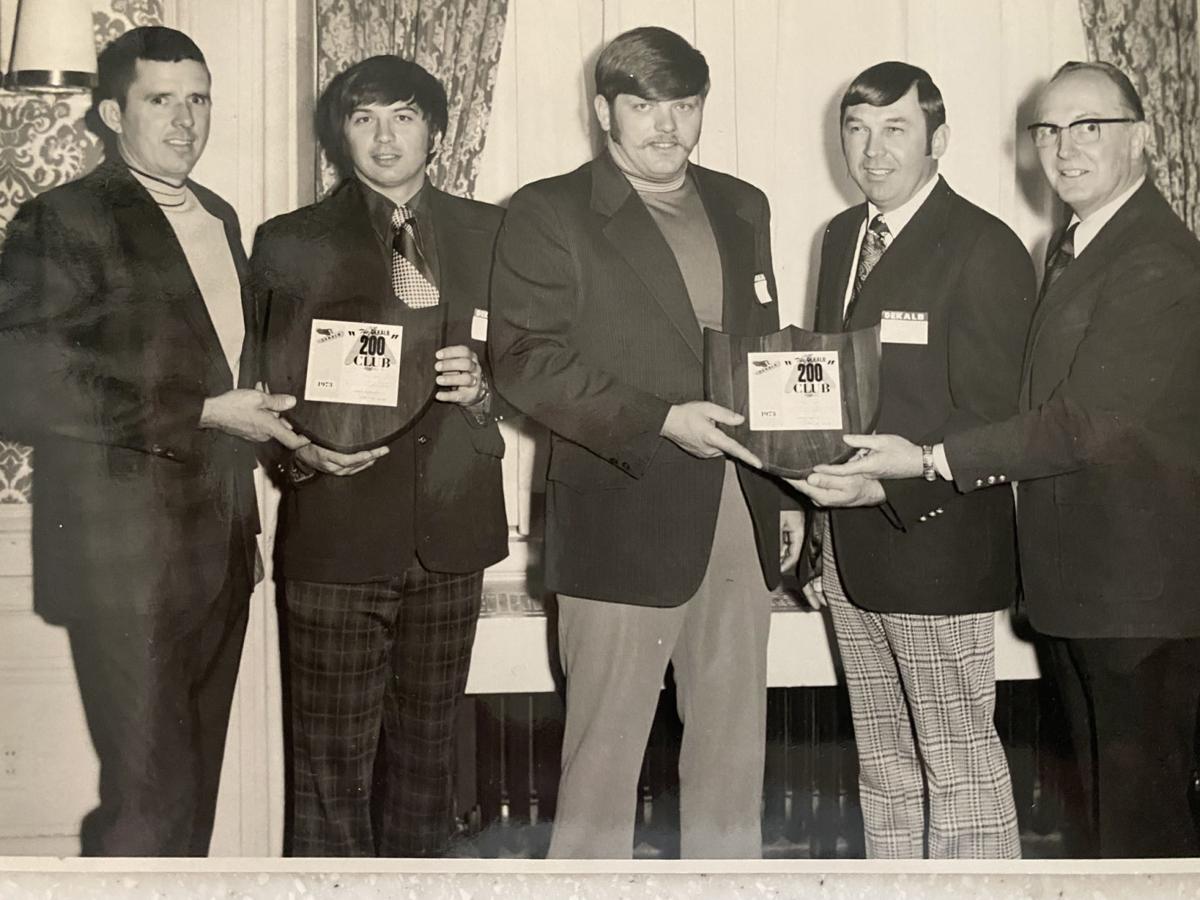 Ben Learnard, left, was recognized in 1972 as one of the farmers who achieved a yield of 200 bushels per acre in a company yield contest. He is the second in the Learnard family to run the family business selling corn and soybean seeds. 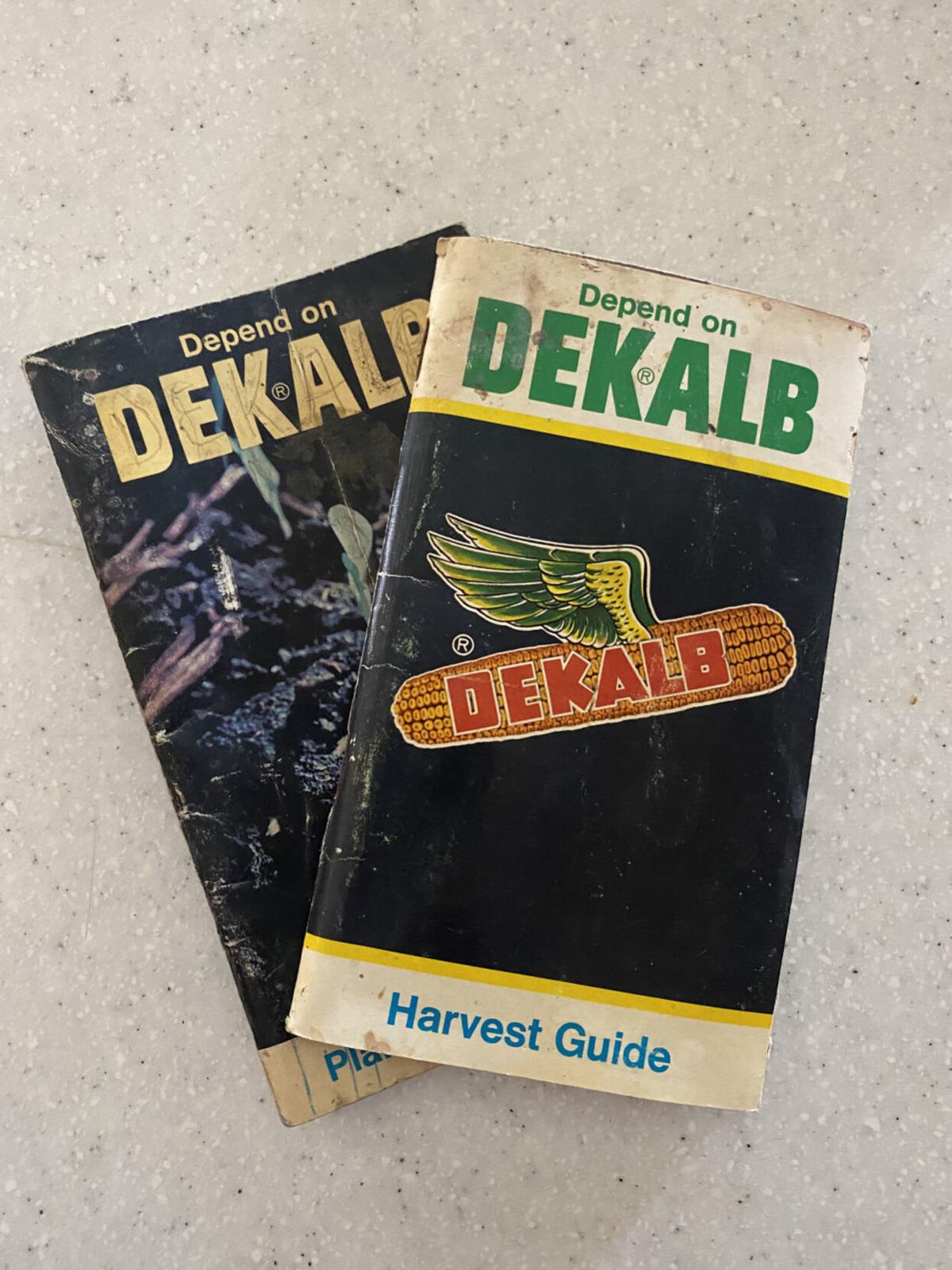 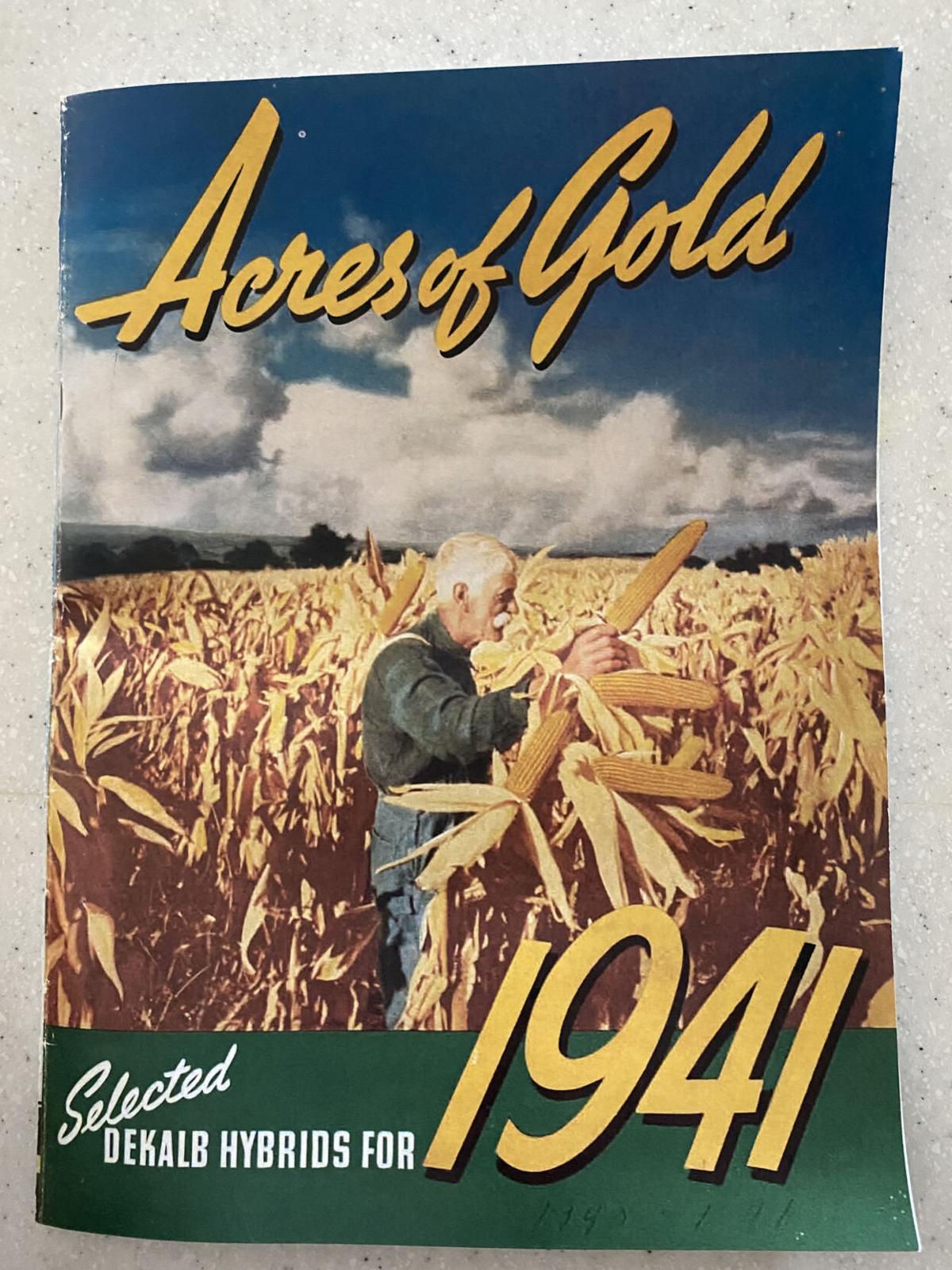 Ben Learnard, left, was recognized in 1972 as one of the farmers who achieved a yield of 200 bushels per acre in a company yield contest. He is the second in the Learnard family to run the family business selling corn and soybean seeds.

RURAL CATLIN — In the early part of last century, it wasn’t unusual for a seed salesman to also be a farmer. Full-time seed sales people are now the norm, but there are still some farmers who also sell seeds.

Case in point, Greg Learnard — the third generation of his family to be in the business. Catlin’s Learnard Seed Services has been around since the Great Depression.

The late Elmer Learnard, Greg’s grandfather, started the business in 1936. His son and Greg’s father, Ben, carried on the tradition.

Back in the day, according to Ben, seed corn sold for about $17 a bushel.

It is now sold by units, which go by weight.

But there’s more than just seed in the kernels. The seed also has inputs of insecticides and environmentally friendly herbicides engineered into the corn.

Ben Learnard said the job was harder on the back then, too, “because 60-pound bags were delivered in 2-ton trucks and were unloaded by hand, incoming and outgoing.”

Greg, who is a retailer for Bayer, sells DeKalb corn and Asgrow soybeans.

“Bayer is big in crop protection,” he said. “They sell a lot of herbicides and fungicides. I think it was natural to get into the seed side of it as well.”

When Elmer Learnard got into the business in 1936, DeKalb had just started using farmer dealers. Lyle Trisler helped connect him with DeKalb. Ironically, Trisler started his own seed company a few years later.

Greg is one of the top three farmer dealers in Illinois in terms of volume and sales.

“Farmer dealers are getting to be a rare breed,” he said. “As farms have gotten bigger, they don’t have the time.”

He works two full-time jobs with farming and seed sales. But it works for him because the peak seasons complement each other.

“When I started in ’92, it was a fun little thing to make extra money in the wintertime,” Learnard said. “Now it’s kind of developed into a full-time business, so I have a pretty busy day usually. The two seasons don’t overlap too much. When everybody gets done with harvest, I’m done as well and can put a seed order together.”

“It ends up in a bag somewhere to plant next year,” he said.

There are premiums to working for the company, but there’s extra work involved as well, such as making sure all of the trucks and combines are cleaned out for purity purposes.

Much of the corn he and his sons grow is sold commercially to Bunge in Danville.

Former customer Doug Miller of rural Indianola, now retired, said his family goes back many years with the Learnards. Grandfathers, fathers and now sons all know one another.

“Our grandparents did work together on co-op boards, and my dad bought seed corn from his dad,” said Miller, who also bought seed from the family. “I’ve been farming since ’71, when we were buying DeKalb. We’ve been friends for several generations.”

He said he is happy with Greg Learnard as a salesman.

“It wasn’t just about sales with Greg,” he said. “He was always trying to be on the cutting edge of technology. Greg’s always been good and has gone with me to several seminars.”

When Miller retired, he rented some of his farm ground to Learnard and his sons.

Both Greg and Ben Learnard say the human element is big in the business, noting sales calls and visits with friends, neighbors and customers are perks of the job.

Ben said in days gone by, the companies would provide merit points, which the salesmen could redeem for items.

“When we married, my mom gave us her collected merits, and we were supplied many household items” from them, he said.

That system was discontinued, and the merits now go to the customers.

Historically, we had a dairy until the ‘50s, hogs until the ‘60s and cattle until the ‘70s. We are currently a grain operation — one-third corn, one-third soybeans and one-third CRP/pollinator habitat.

My family has farmed this sesquicentennial farm since 1834 that was acquired through the Land Act of 1820. Samuel Gill of Bath County, Ky., rode horseback to Palestine Ill., to make the purchase, Pam Sigler said.

The Waters family started farming in Section 7 Stanton Township in 1869. Built a house and farmstead.

After 35 years of teaching elementary school, I retired in 2012. In 2018, Morris and I decided to quit farming most of our ground so that we could focus on our apples and the brewery construction.

Farm Family of the Week | Coulter operation goes back to 1890s

Our paternal great-grandfather, Joseph Taylor, moved to Champaign County in 1861 from Kentucky. In 1883 he purchased the tract of land which we continue to use as our center of operation, according to Craig Anderson, the older of the two Anderson brothers who farm in rural Mansfield.

Our family has been farming in Oakwood Township since the mid-late 1800s.

Farm Family of the Week | Variety is the spice of farming

'One day you will be a machine operator; the next day you might have to be an accountant; then something might break and you have to be a mechanic.'

Farm Family of the Week | DeAths continue the tradition

'My wife, Laura, and I both grew up on farms. I would say we have both been farming since we were old enough to play in dirt,' said B.J. DeAth, who farms near Indianola in Vermilion County.

A 36-row planter, which spans 90 feet, is not uncommon these days. Doug Schroeder said he timed how long it would take to plant an 80-acre field. From start to finish: two hours. That would be unheard of just a few years ago.

Farm Family of the Week | Sustainability, conservation important for Gallaghers

Harvest and spring calving are two of our favorites

Farm Family of the Week | Stewarts started their operation from scratch

“He pushed us and gave us advice and was our biggest cheerleader. There were several times when it go hard. He said, ‘Hey, just keep going and it’s going to pay off one of these days,’” Katie Stewart said of her grandfather.

John Watkins said his hands are still scarred from coming in contact with barbed wire as he mowed fence lines with a Bachtold weed mower.

Farm Family of the Week | It's nonstop this time of year

On Tuesdays and continuing through harvest season, The News-Gazette’s Dave Hinton will spotl…