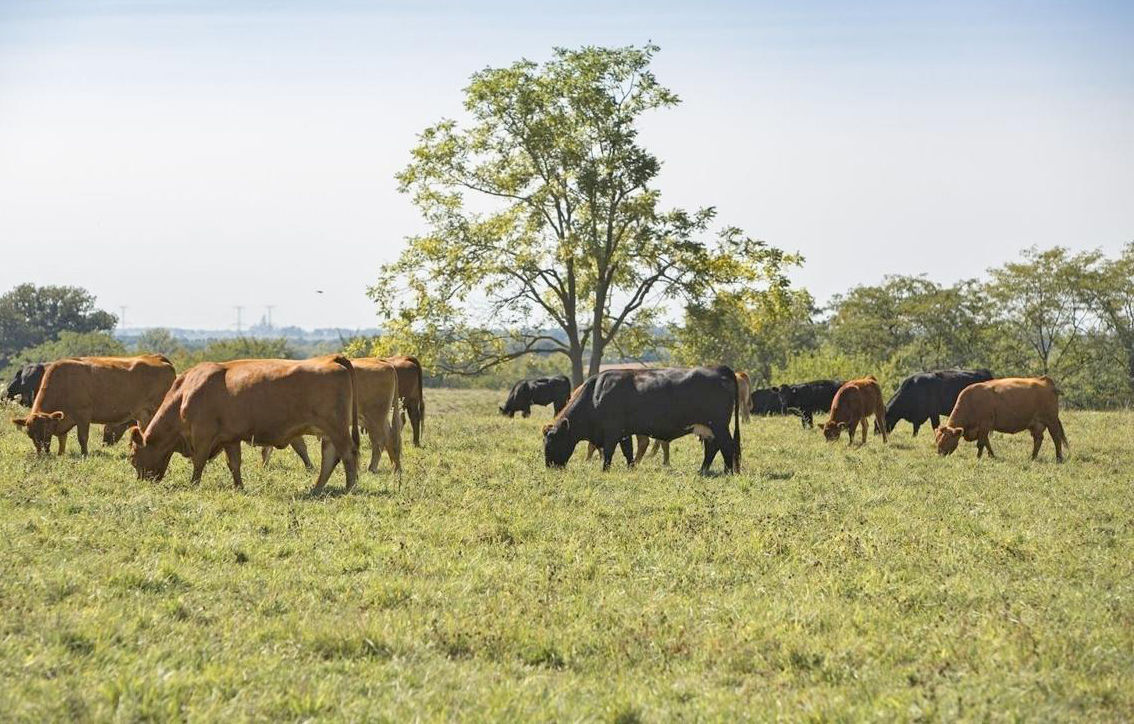 Cattle graze on a hill in Illinois. 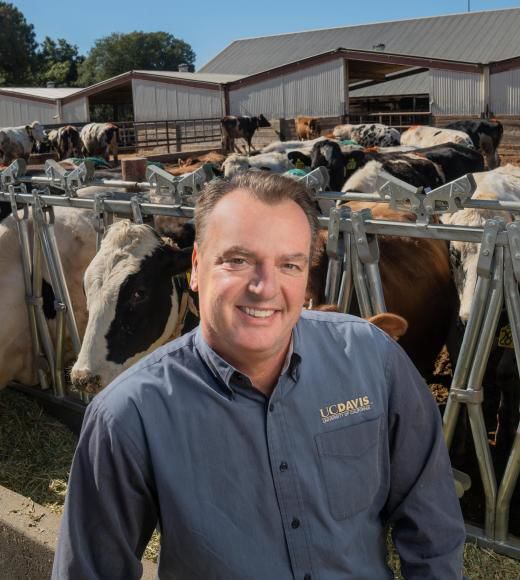 'I’m not saying methane isn’t a problem,' Professor Frank Mitloehner says. 'But, it has an atmospheric removal process you need to be aware of.'

Cattle graze on a hill in Illinois.

'I’m not saying methane isn’t a problem,' Professor Frank Mitloehner says. 'But, it has an atmospheric removal process you need to be aware of.'

Animal agriculture and meat consumption aren’t near the threat to climate change and greenhouse-gas emissions as often portrayed.

In fact, the highly publicized and often-criticized gas emitted by animal ag — methane — possesses qualities that could help lead the way to climate neutrality, according to Frank Mitloehner, professor and air-quality specialist in the department of animal sciences at the University of California, Davis.

“I think there are some issues around climate change not accurately portrayed,” Mitloehner said. “Many feel methane is the Achilles’ heel of animal ag. We’re about to change the narrative.”

A key point to the professor’s analysis centers on atmospheric removal of methane through a chemical reaction called oxidation.

While roughly 560 teragrams (trillion grams) of methane enter the atmosphere annually, the majority, 550 teragrams, are removed via natural processes.

Meanwhile, methane has a relatively short lifespan (10 years) compared to 110 years for nitrous oxide and 1,000 years for carbon dioxide. All three greenhouse gases store solar heat when in the atmosphere.

“Methane is different than other greenhouse gases,” Mitloehner said. “It’s not only produced, but it’s naturally destroyed. This is a fact that’s often ignored.

“I’m not saying methane isn’t a problem,” he continued. “But, it has an atmospheric removal process you need to be aware of.”

Methane is known as a flow gas due to the fact it’s destroyed in the atmosphere at the same rate of emission. Carbon dioxide, by comparison, is a stock gas, meaning every time a fossil fuel is burned, it remains in the atmosphere for a long period of time.

The professor also noted methane is produced through the atmosphere and via photosynthesis of plants. So, when livestock consume plants, do they technically emit new additional carbon into the atmosphere?

“They’re not producing new carbon,” Mitloehner said. “It’s recycled carbon (from plants) that was in the atmosphere in the form of CO2 (carbon dioxide).

“All the climate agreements want to keep warming from increasing,” he noted. “If an industry keeps warming constant, it would satisfy the Paris Climate Accord. In fact, we’re doing that today" in animal ag.

Looking ahead, methane can actually help counter the effect of other greenhouse gases.

“We should work on techniques and technologies to further reduce methane,” Mitloehner said. “It will lessen the effect of other gases and help lead to climate neutrality.”

California implemented aggressive emissions-reduction strategies on farms and reduced greehouse-gas emissions by 2.2 million tons in the dairy sector since 2015, according to the air-quality specialist.

The hog industry continues on a similar path of success as it doubled pork production in the U.S. in the past 50 years while using 76 percent less land, 25 percent less water and 7 percent less energy, according to Jen Sorenson, president of the National Pork Producers Council.

“U.S. pork producers have a great story to tell,” she said. “And we’re not done. We support incentives to further reduce emissions.”

The pork industry lowered its carbon footprint by 7.7 percent in recent decades and, as of 2019, accounted for just 0.4 percent of total greenhouse-gas emissions.

This story was distributed through a cooperative project between Illinois Farm Bureau and the Illinois Press Association.