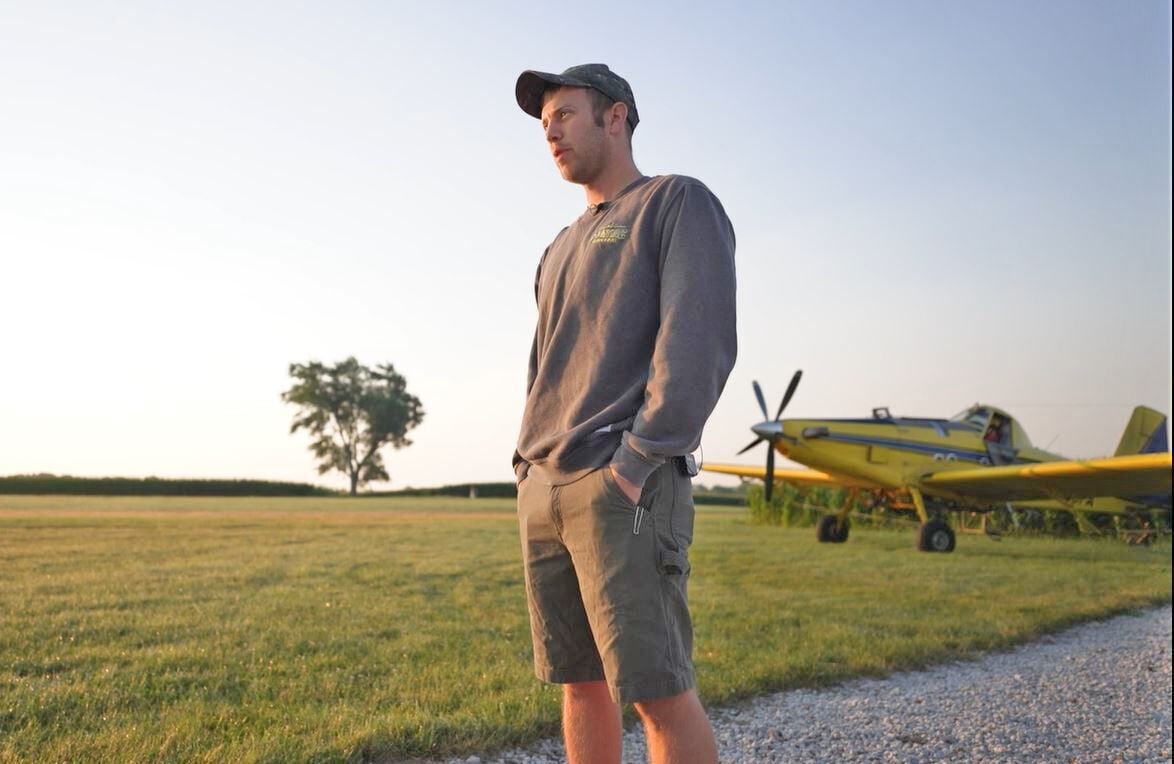 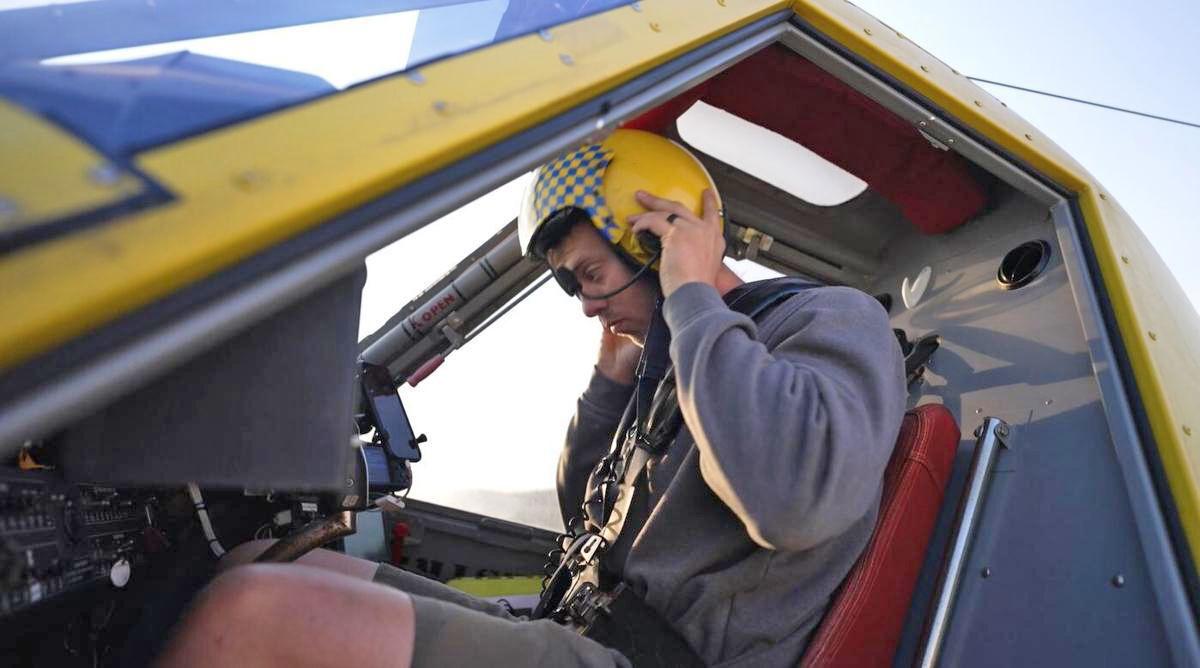 Pontiac Flying Service has 14 pilots who fly Air Tractors for aerial applications. The planes can hold up to 800 gallons of liquid. Together, the pilots can cover up to 30,000 acres in a day.

Pontiac Flying Service has 14 pilots who fly Air Tractors for aerial applications. The planes can hold up to 800 gallons of liquid. Together, the pilots can cover up to 30,000 acres in a day.

PONTIAC — Kris Petersen grew up at the airport.

His parents, Scott and Sarah Petersen, started Pontiac Flying Service in 1997, and their young son was often in tow at the Livingston County facility.

“I was at the airport every day, riding my bike, playing with airplane toys, and I started helping on the loading pad, washing windows, scrubbing wings, as soon as I could reach up there to do it,” Petersen said.

Today, the University of Illinois graduate is an aerial application pilot and personnel manager for the family business, which has expanded with a second facility in the Cooksville area and services near Champaign.

While in school, Petersen studied crop sciences and agribusiness — education he believes is essential to his success.

Earning his wings may have been a lifelong dream, but Petersen remembers a time his body wasn’t on the same wavelength.

“I had a big problem with air sickness and motion sickness,” he said. “Eventually, I got that worked out of my system when I got a little older.”

Petersen’s father earned his pilot’s license in 1980 and has been an integral part of his son’s journey, serving as instructor and mentor.

Few agricultural flight schools exist in the country, and Petersen estimates a national pool of about 1,500 ag pilots.

But the industry has come a long way.

“Definitely that’s been a stigma with the aerial application business for a lot of years — the crazy crop-duster cowboy-type flying under power lines, buzzing people, just out there having a good time,” Petersen said. “The industry has done a good job getting that image out of people’s heads.

“The (National Agricultural Aviation Association) works very hard to present our industry as professional across the nation and world.”

Petersen said the rules are firm with his operation: No crazy flying.

That’s not to say Petersen doesn’t like the adrenaline of being in the sky.

“The freedom of the flying is great; you can go anywhere you want,” he said. “I enjoy the ag part, to make good applications, and we get to be precise with the GPS equipment we have.”

The increase in fungicide jobs this season is not unique to Pontiac Flying Service.

Strong demand for fungicides due to disease pressure, insect pressure and positive return on investment have all contributed to fungicide applications nearly doubling from past years, said Jeff Bunting, crop protection division director at Growmark.

“There’s a broad spectrum of diseases being controlled from gray leaf spot, Southern rust, etcetera,” Bunting said. “Tar spot is showing up in some areas, too.”

“I am hearing that some aerial applicators are turning away business because they just can’t get to them or won’t have the window to make the application in time,” he said.

“Also, with the increase in demand we are getting a lot of questions about what’s going on, why are planes flying and what are they applying? This is about how we work together with the public and the importance around IPM (integrated pest management) principles and the need for the application.”

The Pontiac Flying Service crew was certainly busy in Cooksville the first week of August, with a handful of staff arriving just as the sun peeked over the horizon on a Wednesday morning.

Standing in front of one of the five Air Tractors, Petersen said the planes carry 500 to 800 gallons of liquid, which equates to an hour-and-a-half of spraying before a pilot needs to land and reload.

As his plane was being filled and prepped, Petersen slipped away to grab his lunch box. It would be a long day, but he hoped to wrap up their fungicide applications by the weekend.

This story was distributed through a cooperative project between Illinois Farm Bureau and the Illinois Press Association. For more food and farming news, visit FarmWeekNow.com.