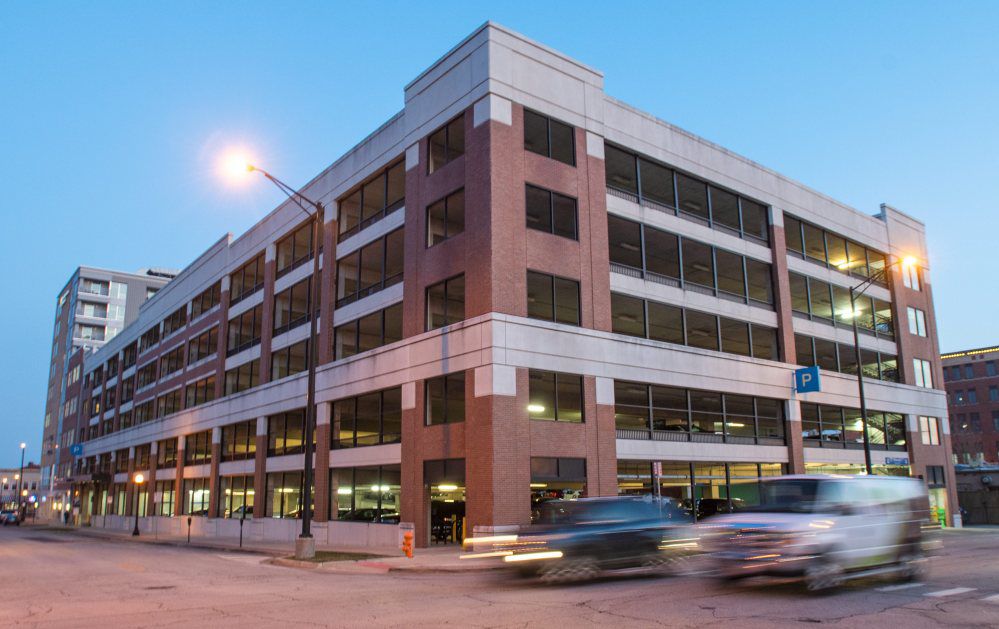 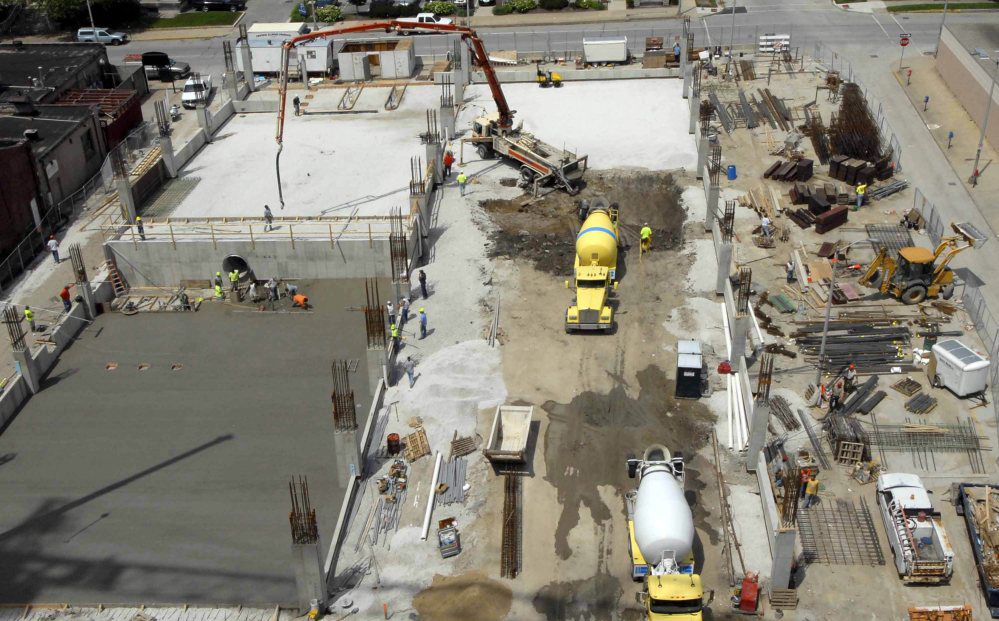 Construction on the Hill Street Parking Deck is shown in June 2008 from the ninth floor of the adjacent M2 on Neil building in downtown Champaign.

Construction on the Hill Street Parking Deck is shown in June 2008 from the ninth floor of the adjacent M2 on Neil building in downtown Champaign.

CHAMPAIGN — Now 10 years old, the Hill Street Parking Deck makes a consistent operating profit for the city, which won’t pay off the bonds it sold to build the garage until 2027.

For the first two fiscal years after it opened in March 2009, the parking garage lost money during the height of the recession. For the first few years after that, it made a profit of less than a $100,000 a year.

“I think it took some time for people to be comfortable using,” said Dave Jones, the CEO of One Main Development, the developer behind the M2 building that was built about the same time as the garage behind it.

Since 2016, it’s made an operating profit of more than $100,000 a year, with a little more than half of the revenue coming from hourly parking fees and the rest from permits.

But the city is also currently paying more than $1.5 million a year on the loans it took out to pay for the parking deck.

At the end of this fiscal year, the city will still have more than $5 million to go.

For the Virginia Theatre, which doesn’t own any lots, the parking deck has been “a great resource,” director Steven Bentz said.

The Virginia Theatre directs visitors to park at nearby meters or the parking deck, which is a block-and-a-half away and takes debit cards.

While the Virginia is surrounded by parking lots, they’re privately-owned, so the Hill Street parking deck is often the best option for attendees.

“It would be great if we had a lot, but that’s not something that was in the cards for the theatre since it’s inception,” Bentz said. “The Hill Street deck is a good option. It’s rarely totally full.”

“Officially, we love it,” he said. “It helps encourage people to come downtown because parking downtown is not always easy.”

Scott McIntosh, the general manager of Big Grove Tavern at the corner of Neil and Main streets, said he wishes “more people knew about the deck.”

Jones said there was a learning curve for the community, who he said “have a strip-mall mentality” and want to park right in front of a business.

But the city’s planners said that’s not realistic in an urban center.

“In an urban environment, it’s not a situation where you can pull up in front of a business and walk right in,” said Lacey Rains Lowe, a senior planner with the city. “Parking is generally a shared system that serves the individual businesses. Rarely do businesses, in a city-type environment, have their own surface parking available to customers.”

Before the deck was built, it was a city-owned parking lot with the Piano People building on the corner that the city bought for $600,000.

“To get 600 parking spaces there not only helped facilitate getting M2 built and the new demand it would generate, it left additional capacity,” Blakeman said. “It’s worked out exactly how we envisioned.”

It freed up the city-owned lot across the block at the corner of Neil and Hill streets, which was sold last year for $275,000 to become the Mariott Aloft hotel.

That’s scheduled to open by the end of 2020, and it will rent 100 spaces at the top of the parking deck.

The city sets aside about 250 spaces for permit parking, and the 100 spaces for the hotel will come from that pool of spaces.“There are more than 100 spaces that are not leased,” a city staff report said. “Therefore, providing the agreement for the 100 parking spaces does not reduce the current number of parking spaces available to the public for hourly parking.”