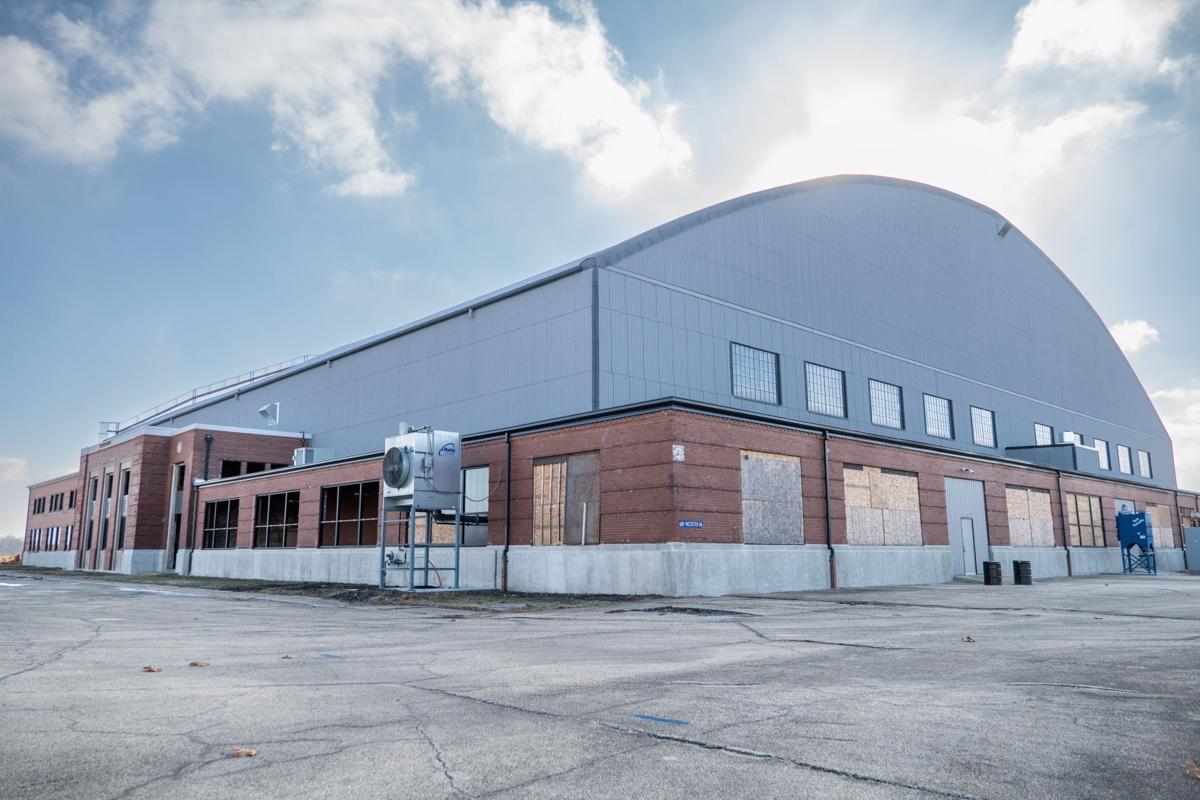 The hangars on the former Chanute Air Force Base are being repurposed for other uses.

The hangars at the former Chanute Air Force Base in Rantoul are being repurposed. 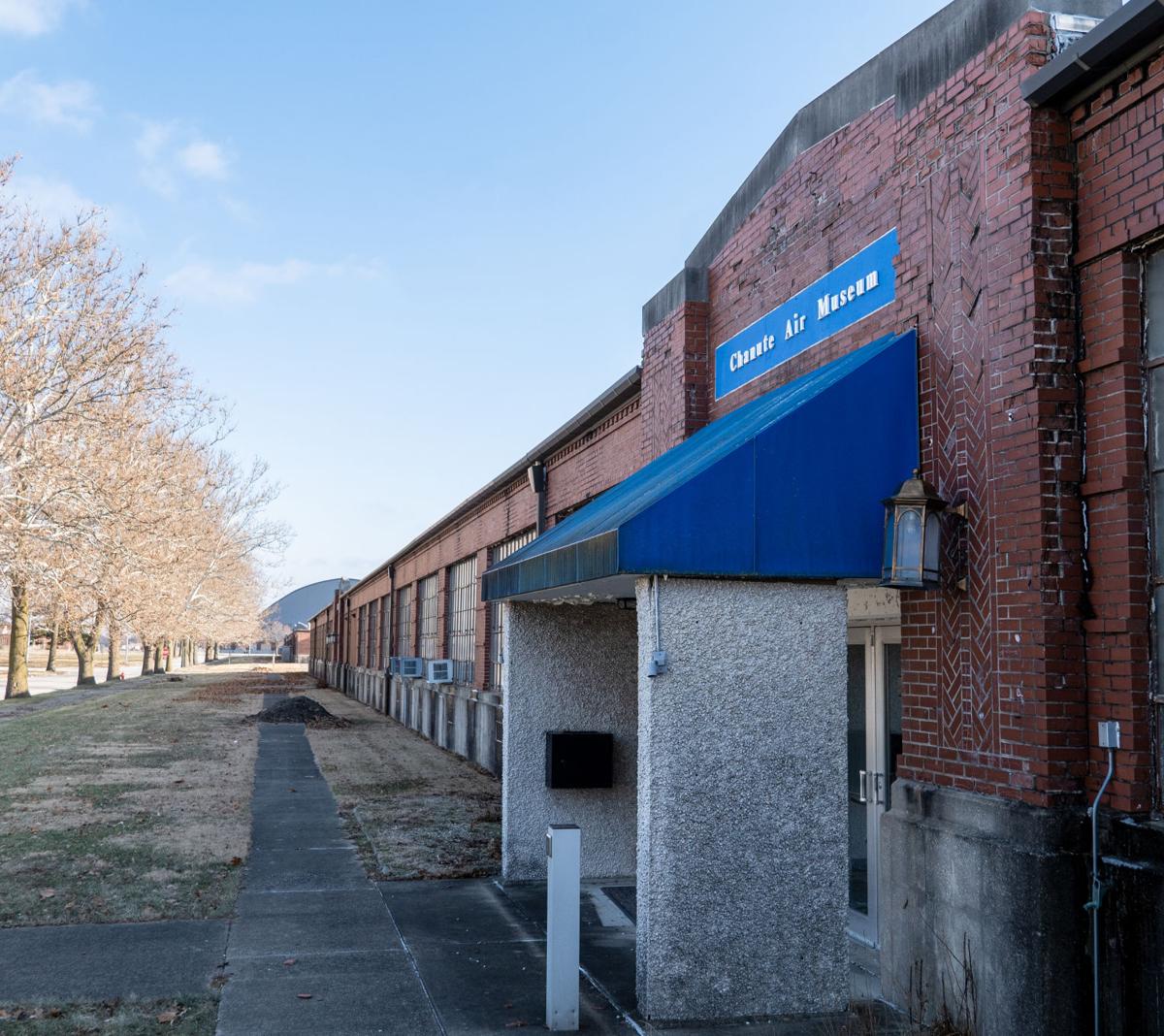 The Chanute Air Museum now occupies some of the space in one of the hangars of the former Chanute Air Force base. 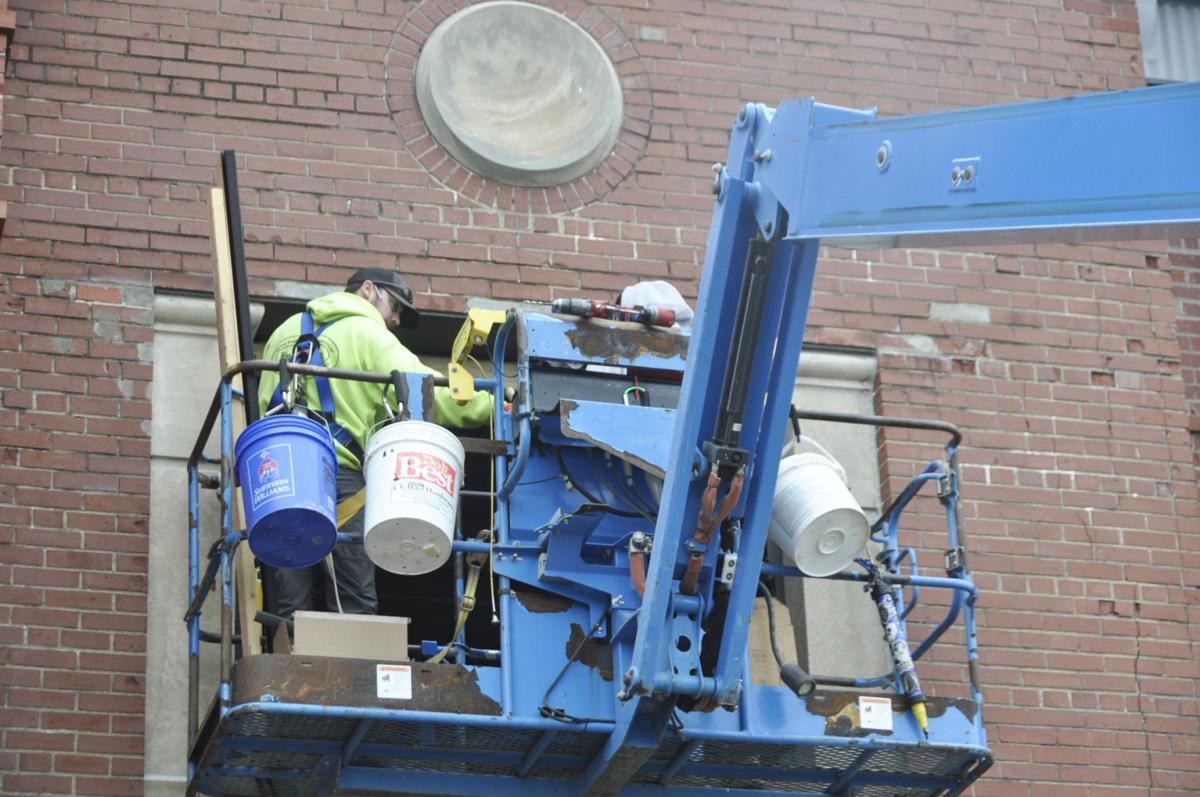 Bacon & Van Buskirk Glass Co. workers install a window on the south side of Hangar 2 on the former grounds of Chanute Air Force Base in Rantoul recently.

The hangars on the former Chanute Air Force Base are being repurposed for other uses.

The hangars at the former Chanute Air Force Base in Rantoul are being repurposed.

The Chanute Air Museum now occupies some of the space in one of the hangars of the former Chanute Air Force base.

Bacon & Van Buskirk Glass Co. workers install a window on the south side of Hangar 2 on the former grounds of Chanute Air Force Base in Rantoul recently.

RANTOUL — For nearly 30 years since the closure of the former Chanute Air Force Base in Rantoul, its four hangars, which once housed many of its aircraft operations, have been used only on a hit-or-miss basis.

One housed the Chanute Air Museum, Rantoul Theatre Group and a Korean War museum. Another was used for a manufacturing site. A third was used sporadically for farm shows.

Perhaps for the first time since those heady Air Force days, all four of the hangars will soon be pressed into full-time use.

Hangars 1, 2 and 3 have already been gobbled up — one for a hemp-growing operation, another for a motocross track, the third for a pipe manufacturer.

The only one still unfilled is Hangar 4, also known as Grissom Hall, named after Gus Grissom, one of the three astronauts who died during the Apollo 1 launch test in 1967.

Rantoul Village Administrator Scott Eisenhauer said three individuals/companies have expressed interest, and the village should know by the end of the week how serious they are.

That’s the deadline for submitting proposals.

Eisenhauer offered some theories as to why interest in the hangars has spiked recently.

“I think there are people or companies that have recognized the great value in having a structure with a great deal of open space and height that allows them to put into place businesses or activities that wouldn’t fit in most buildings,” he said. “When we talk about the motocross, for example, or even Maverick Pipe because of the requirements of what they’re doing ... there are very few already-constructed properties that have those same types of characteristics.”

Eisenhauer said due to the increased cost of construction, companies are searching for “something already in place, particularly buildings as sound and solid as those built by the military, (which) becomes a more cost-effective option.”

Work is moving ahead on Hangar 2, which will be used by Maverick Pipe for a manufacturing site.

Dave Jones, president of Champaign-based One Main Construction, the general contractor for the project, said the hangar “was in pretty rough shape” before the resurrection began.

“I think everybody would agree the exterior of Hangar 2 looks better than it ever has,” he said.

Maverick Pipe officials weren’t available to talk about how big the production operation will be.

“But it is economic growth,” Eisenhauer said. “Plus the size of the hangar allows them expansion opportunity as they grow their business here.”

The hangar was used sporadically over the years. The I&I Gas Engine and Antique Tractor Club put it to use every other year as home base for the Half Century of Progress farm show, and a sports car club used it periodically for rallies.

Jones said the hangar was built well, and a lesser building might not have stood the test of time. He wondered how difficult it must have been to build the hangar toward the middle of the last century.

“It is a structurally solid building,” Jones said. “It has triple brick exterior walls. It has like a 12-inch wall base full of rebar structure. It has steel I-beams.

“I’m just amazed thinking about trying to build that in 1940. That’s before you have all these cranes. You probably had to build a full wooden scaffolding structure to put in the hot rivets and all that.”

Jones said the roofing material is two 2-by-6 layers on a 45-degree angle.

Jones said he has been told construction of the building was started in 1939 and finished two years later — built about the same time as the nearby mammoth White Hall.

White Hall was torn down several years ago. Jones estimates Hangar 2 is in better shape than White Hall at its end “by about 10 percent.”

Trees grew in one section of the Hangar 2 roof. Other areas had collapsed.

At one point, about 2 inches of ice covered the second floor, which Jones said looked like “a weird little ice rink” in the midst of moss that was growing there.

All of the low roof area has been replaced, and new gutters and downspouts have been installed.

“The hangar roof has essentially been rescued and coated to prevent any leaks and penetrations,” Jones said.

Crews are nearly finished replacing all of the mechanical units to heat and cool the building. Jones said he hopes new windows will be installed by the end of January. Much of the interior construction remains to be done.

The second floor of the hangar was used for office space and training. At one time, the building held the air-traffic control tower. A prep room was located near the tower with access to the roof for the air traffic controllers.

An old bathroom sits near there, about 100 feet in the air.

The hangar is part of a historic district, and Jones said the state historic preservation office had to be consulted for approval.

Windows will be historic in nature — Jones saying “we’ve done the extra effort for that.”

Terrazzo flooring was discovered in one section, which was beneath a layer of tile. On top of the tile was a layer of water-logged shag carpeting.

The second floor would be available for expansion.

Jones hopes the building can be ready for Maverick Pipe by the middle of the year.