Chris Uhlarik, president of Champaign’s Petry-Kuhne Construction, at his office in Champaign. 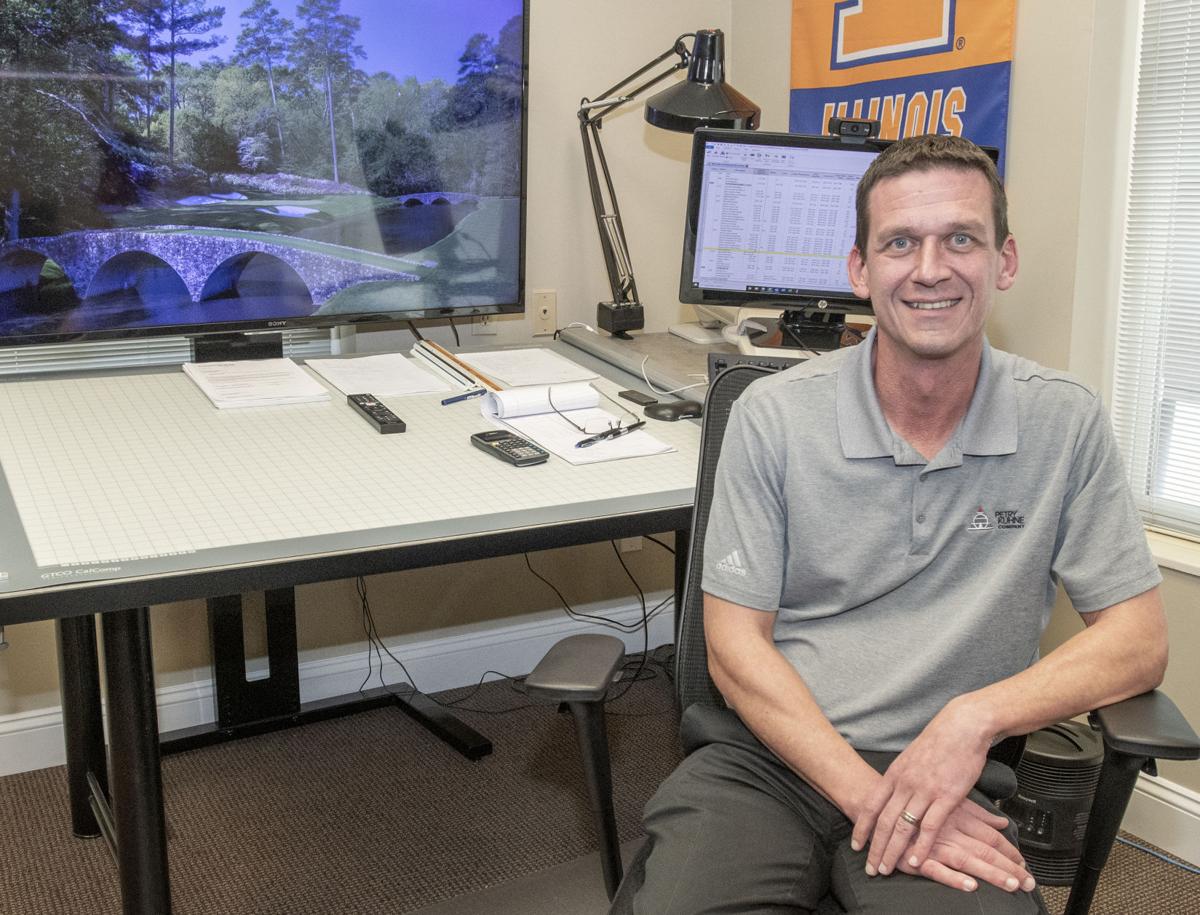 The most beneficial college course CHRIS UHLARIK (UI Class of ’95) took during his time on campus? The one that convinced him it was time to rethink his chosen field.

“Architectural Design, University of Illinois School of Architecture,” he says. “After three years of design classes, I realized I’m not good at designing, so I went into construction.”

Good call. He landed his first job in the industry shortly after graduation day — as an estimator at Champaign’s Petry-Kuhne Co. — and never left, rising to vice president in 2010 and president, chief estimator and co-owner four years later.

If you get out much, there’s a good chance you’ve seen some of the construction firm’s work — the new playground at Hessel Park, the gym and parish center at St. Matthew’s, the expansion of Monticello’s Kirby Medical Center and projects all over Carle Urbana and Uhlarik’s alma mater.

The avid golfer took time to answer questions from Editor Jeff D’Alessio in the 108th installment of our weekly speed read spotlighting leaders of organizations big and small.

When it comes to my philosophy on meetings ... I’m not sure if this is considered a philosophy, but after a year-and-a-half of Zoom meetings, I really appreciate how much more productive in-person meetings can be.

It’s much easier to build a relationship with someone face to face than over a computer screen.

The last luxury in which I indulged was ... my club car golf cart. It has lithium batteries, bluetooth speakers and the most comfortable seats you’ve ever sat on.

The hardest thing about being a leader is ... handling conflict.

My single favorite moment of all-time in this job happens … every time we win a bid. I’m very competitive and I still get a rush from winning a bid — just like the first one I estimated 26 years ago.

I’m frugal in that … I don’t buy things just to have them. I’d rather wait and buy what I want rather than settle on lesser quality.

The biggest business risk I ever took was ... buying Petry-Kuhne with my two partners, Ann Deedrich and Nick Walder. At the time, we were just starting to fully recover from the 2008 recession that hit the construction economy hard for about five years.

I can’t live without ... golf. It’s how I relax. No matter if I’m playing good or bad, I’m not thinking about work or what I need to get done at home.

As far as my exercise routine goes … if you count golf, as much as I can. Otherwise, none.

The worst job I ever had was ... a summer job packing cups at a manufacturing facility when I was 19. We worked 12-hour shifts and I was working the night shift and it was 105 degrees in the plant.

On a 1-to-10 scale, the impact of the pandemic has been a ... 7. It started out with jobs shutting down or being delayed and some employees working from home.

Now, escalating material costs are affecting construction budgets, and delivery delays are stretching schedules. In my career, there has never been a more volatile time in the construction industry than now.