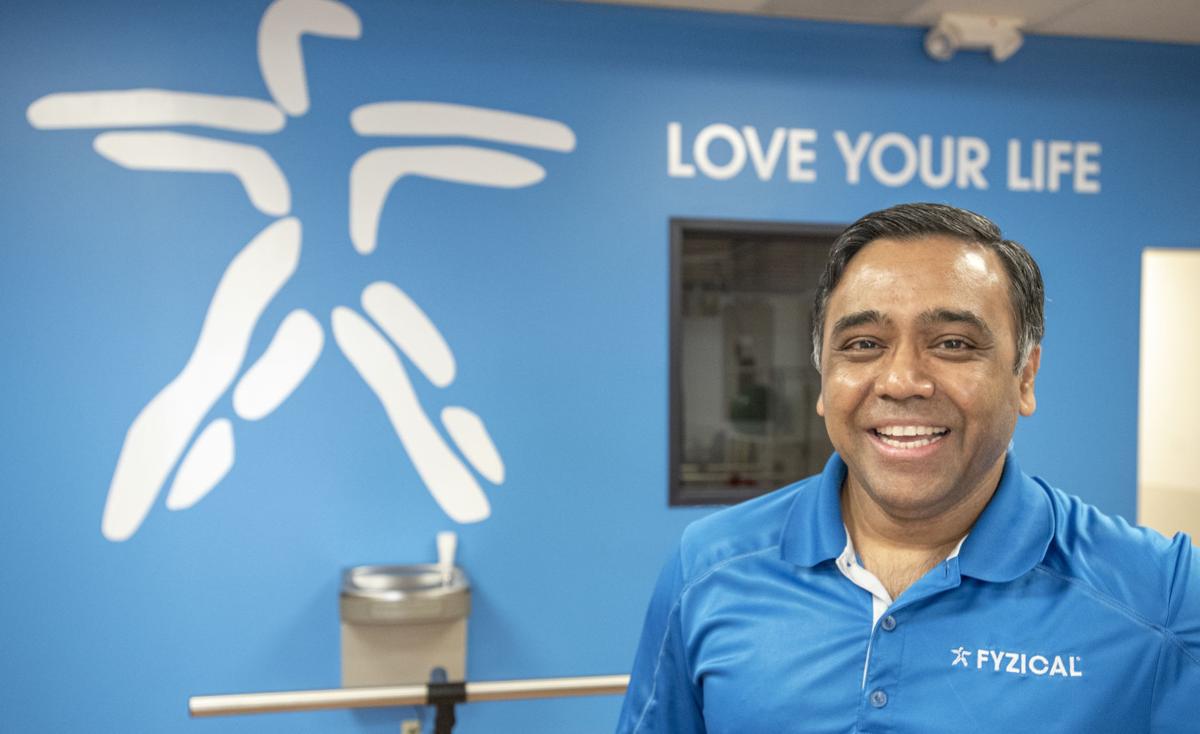 An Indian immigrant working at the time as a traveling physical therapist for Carle, KISHOR ‘KRIS’ THOPE had only been in the U.S. for a matter of months when it hit him.

“I must admit,” he says, “I fell in love with C-U immediately because of the energy and vibe.”

As for Dad, who worked for Carle and Provena before relocating to southern Illinois in 1997 and moving back seven years later, he’s now an in-demand physical therapist and successful small- business owner.

Thope founded Savoy Therapy in 2011 with the mission to “help aging adults live independently without aches and pains and without the fear of falling.” He’s also the owner of the west Champaign franchise of Fyzical Therapy and Balance Centers.

The sports fanatic from the ancient Indian city of Madurai (pop. 1.1 million) took time out to answer a few questions from Editor Jeff D’Alessio in the 78th installment of our weekly speed read spotlighting leaders of organizations big and small.

I’m frugal in that ... I always wait a day before I buy anything.

The last luxury in which I indulged was ... I really don’t know. Maybe it’s time to indulge.

My philosophy on meetings is ... I like to keep them to an hour. Anything beyond an hour leads to distraction and essentially leads to useless ideas bounced around for the sake of discussion.

The hardest thing about being a leader is ... carrying the sense of responsibility for your staff and their family, and balancing between customer and staff needs.

The worst job I ever had was ... my first job. I was 23, at a privately owned clinic right after getting out of physical therapy school. I learned who I shouldn’t become.

My single favorite moments in this job come when ... I see smiles on the faces of my customers and staff members.

I can’t live without my ... book on personal development.

My business role models are ... Dr. David Fletcher locally and Dan Kennedy nationally. Both focus on taking care of your customers and building great teams.

My one unbreakable workplace rule is ... not following up.

The biggest business risk I ever took was ... deciding to start my own practice.

The most beneficial college class I took was ... my anatomy class in physical therapy school at Christian Medical College in Vellore, India. Human anatomy is fascinating.

When it comes to my exercise routine ... I’m very active — six to seven times a week, at least 30 minutes a day.

On a 1-to-10 scale, the impact of the pandemic has been a ... 4. We managed to stay open and even added staff toward the end of last year.