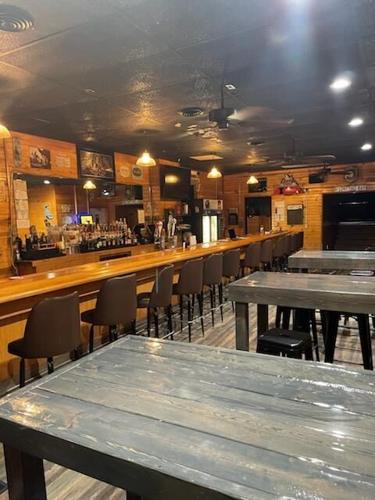 A view inside the new Danvilles Main Street Bar & Grill. 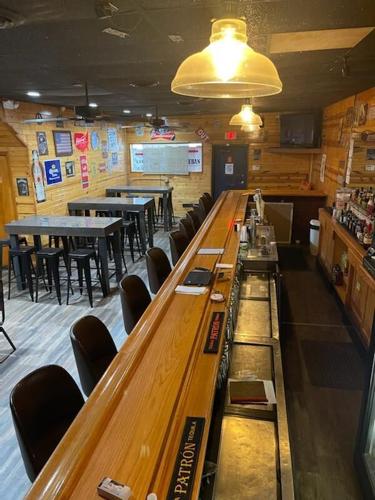 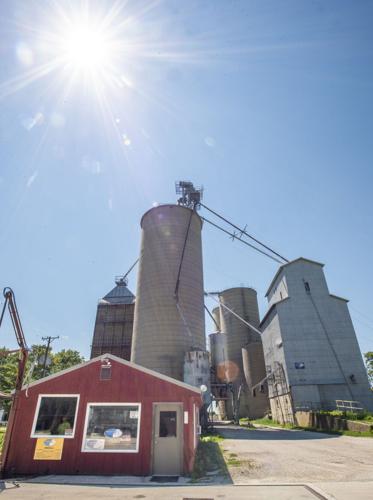 The grain elevator in Bondville will be auctioned Aug. 2 by it’s owner, Premier Cooperative. 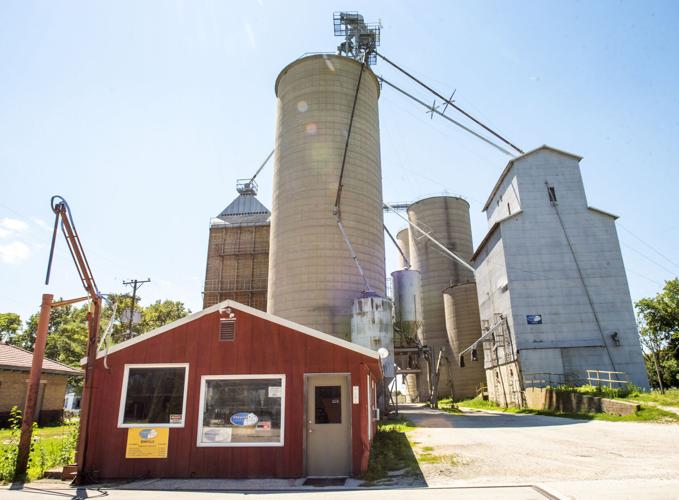 The grain elevator in Bondville will be auctioned Aug. 2 by it’s owner, Premier Cooperative. Shown on Wednesday, July 20, 2022.

A view inside the new Danvilles Main Street Bar & Grill.

The grain elevator in Bondville will be auctioned Aug. 2 by it’s owner, Premier Cooperative.

The grain elevator in Bondville will be auctioned Aug. 2 by it’s owner, Premier Cooperative. Shown on Wednesday, July 20, 2022.

Hancock said he’s serving typical bar food, such as burgers, fries, a few appetizers, plus Butch’s pizza and sandwiches such as turkey club, BLT and chicken salad. There are also a chef’s salad and side salad on the menu.

Inside, the kitchen has been remodeled, coolers have been updated, and a few custom tables have been built for the bar, he said.

Hancock planned a soft opening this past Friday.

Champaign-based Premier Cooperative plans to auction off two of its 25 grain elevators, those in Bondville and Fisher, on Aug. 2.

Farming operations have gotten larger and more mobile, and the Bondville and Fisher locations weren’t built to handle semi-trailer trucks, he said.

“Like a lot of things in small towns, they, unfortunately, lose their customer base and viability,” Hughes said.

An Illinois farmer-owned cooperative, Premier was formed in 2009 from the consolidation of Fisher Farmers Grain & Coal Co. and Grand Prairie Coop.

Manager Mary Manzella Racz said the closing is to to give all family members involved with the restaurant a chance to attend a family wedding in Chicago — plus a few days after to rest and unwind.

The new FedEx distribution center under construction on the east side of Danville is set to open in October, and hiring is underway, the company said.

Vermilion Advantage CEO Tim Dudley is looking forward to the impact this new employer in the community is going to have.

“These kinds of projects and investments in our town will bring people here,” he said.

Local manufacturers are going to be able to use FedEx to get their products out of the community faster, he said, and the jobs will hopefully draw more people to the Danville area.

FedEx Ground spokesman David Westrick said the site was chosen because of its ease of access to major highways, proximity to customers’ distribution centers and a strong local community workforce for recruiting employees.

The company plans to also contract for package pickup and delivery services with service provider businesses that hire locally for driver, helper, manager and other positions, he said.

“FedEx Ground has entered into a lease agreement on a new, 217,000-square-foot distribution center located on Borgen Drive in Danville that is expected to be operational in October,” Westrick said.

“The new facility will employ a mix of full- and part-time team members, and recruiting is underway for jobs at the new facility. Anyone interested can visit fedexgroundjobs.com and search ‘Danville’ to find information on all the available positions including job summary, essential functions and qualifications,” he said.

“In addition to competitive wages and a flexible schedule, FedEx Ground offers benefits including medical, dental, vision, paid time off, and parental leave, as well as tuition reimbursement after a minimum threshold of service,” Westrick said.

Champaign County home sales declined 15.9 percent in June, compared to the previous June, according to the local Realtors organization.

But homes sold faster. The average number of days on the market for homes sold last month was 19 days, compared to 32 days in June 2021 the Champaign County Association of Realtors.

Year-to-date home sales are also down by 8.78 percent, compared to the same months of last year, the group said.

The median reflects that half the sales were for more and half were for less.

As of July 19, there were 901 properties on the market in the Champaign County area, compared to 848 the previous month.

“Both the median and average home sale prices in the Champaign County area rose by double-digits in June as competition for homes on the market continues,” said association President Stefanie Pratt.

“We should see the rate of appreciation of home sale prices begin to slow by the end of summer as the peak buying season of summer comes to a close and as the housing supply slowly starts improving.”

Meanwhile, first-time buyers are facing an affordability crunch due to higher inflation and higher mortgage rates, she said.

The average 30-year fixed-rate mortgage rate for the week ending July 14 was 5.51 percent, compared to a year ago when it was 2.88 percent, according to Freddie Mac.

Farm Family of the Week | The Huisingas of Cisco and DeLand

'Working with three generations for a common goal is very rewarding.'

Farm Family of the Week: Krukewitts treasure the time together

My great-grandfather immigrated from Germany in 1854 and after marrying and starting a family moved to the Homer area in 1892 with his family to farm 160 rented acres.

Farm Family of the Week | The Chandlers of Buckley

It is something that the whole family can get involved with. The farming way of life is a family lifestyle like no other. Meals in the fields, kids riding or helping on the farm leading to learning, cooperation (among family and community) are big parts of the lifestyle that are rewarding.

Project would include a second-story enclosed walkway betweenThe Venue CU events center and the new four-story building with apartments, retail space and some Airbnb-like accommodations

The new Conrad’s Grill under construction on campus is set to open in the second half of August.

More in Sunday's "It's Your Business" column.