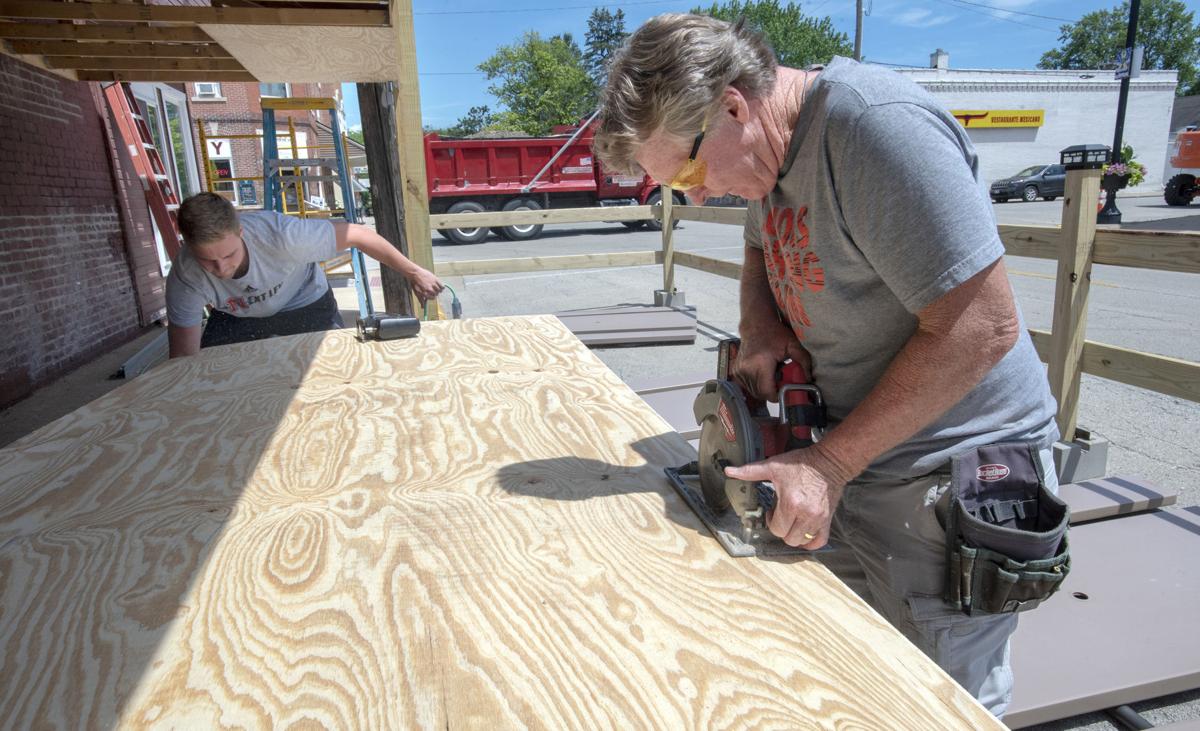 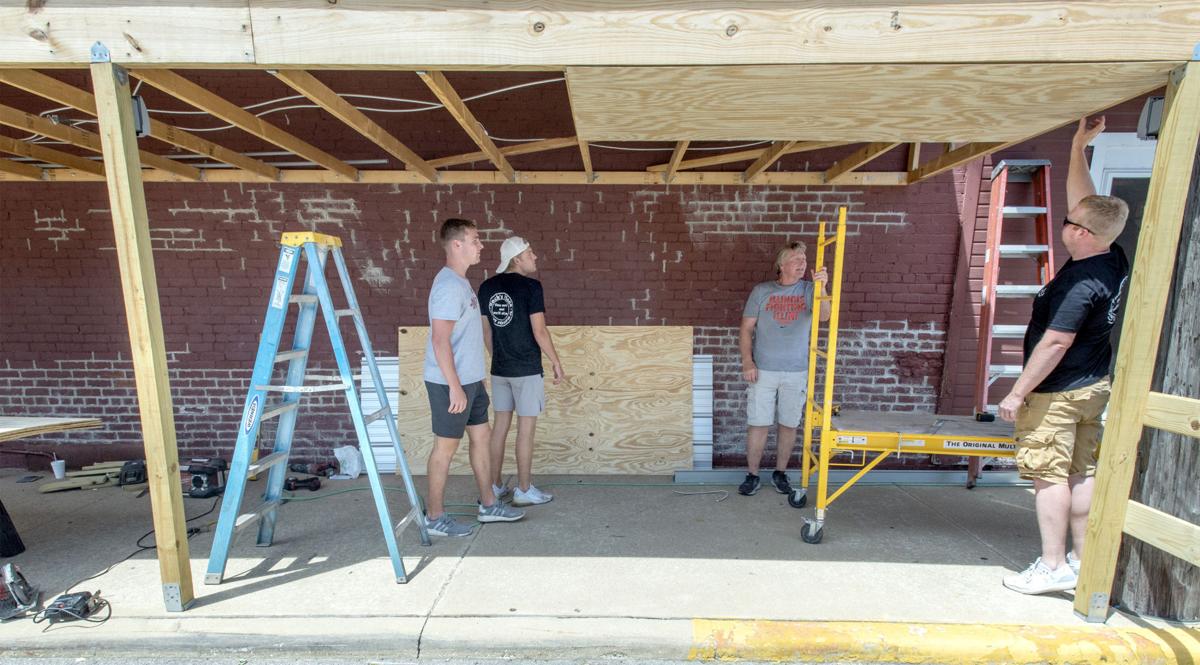 Owner Roche Cain, second from right, and sons from right, Jason, Payton and Austin work on the outdoor seating area they are constructing at Rochs in St. Joseph on Tuesday, June 22, 2021.

Owner Roche Cain, second from right, and sons from right, Jason, Payton and Austin work on the outdoor seating area they are constructing at Rochs in St. Joseph on Tuesday, June 22, 2021.

Restaurant questions? Drop them into Tom's Mailbag by clicking here

Roche Cain knows his customers enjoy sitting outdoors, so he’s in the process of accommodating that with more outdoor seating.

Owner of Roch’s Place at 101 N. Main St., St. Joseph, Cain said he’s gotten permission from the village to cover the sidewalk along one side of his corner building and will also be using two parking spaces to boost outdoor seating to about a dozen tables, each of which can seat six.

The cover over the sidewalk will be a permanent structure, and a fence going up to expand the seating area will be temporary, Cain said.

The outdoor seating area was under construction this past week, and Cain said he hoped to have it ready for today.

He is also in the process of adding live music for Sunday afternoons, he said.

Business is good, he said, but he could use more help.

“We barely made it through COVID,” he said.

Cain largely retained his employees during the state shutdown, partly by not laying people off other than for a week, he said.

But he could use more help in the kitchen, he said, and “we’ve been on a roller coaster with our bartenders.”

He discontinued curbside service at the end of the week because his staff doesn’t have time to run out front with orders, he said.

Ned Hill will replace Brad Solberg, who has been interim president and will begin his new role Aug. 2.

Hill is coming to OSF Sacred Heart from Mesa View Regional Hospital, Mesquite, Nev., where he is CEO.

Before that, Hill was president and CEO of Northern Hospital of Surry County in Mount Airy, N.C.

He holds a bachelor’s degree in behavioral science and health and a master’s degree in public administration from the University of Utah.

Hill said he is excited to lead Sacred Heart.

“It is my experience that to be a truly great organization and to offer excellence in care, leaders must spend time and attention developing and supporting a culture of caring and empathy,” he said “It is evident that the leaders at OSF Sacred Heart have done just that. I feel blessed to be joining this team and look forward to the future.”