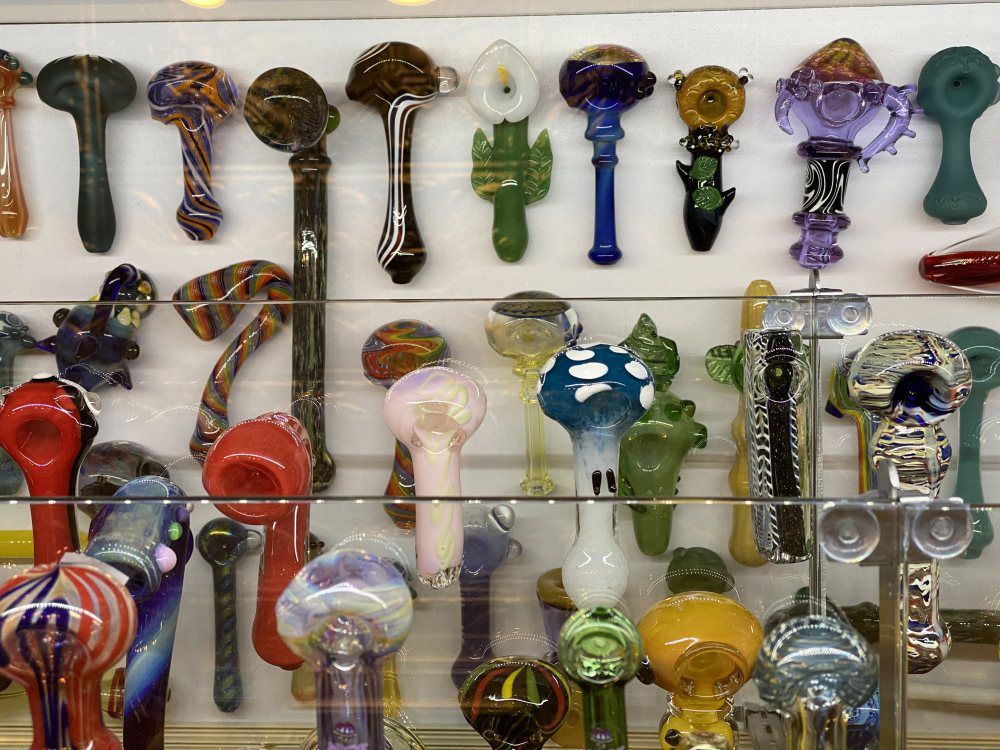 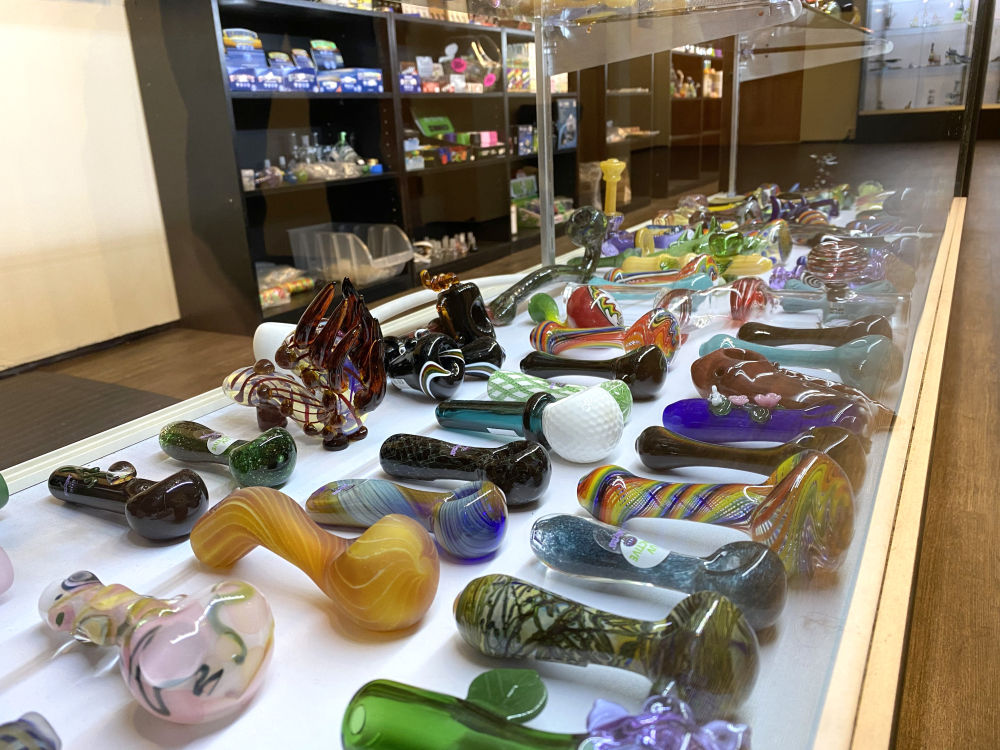 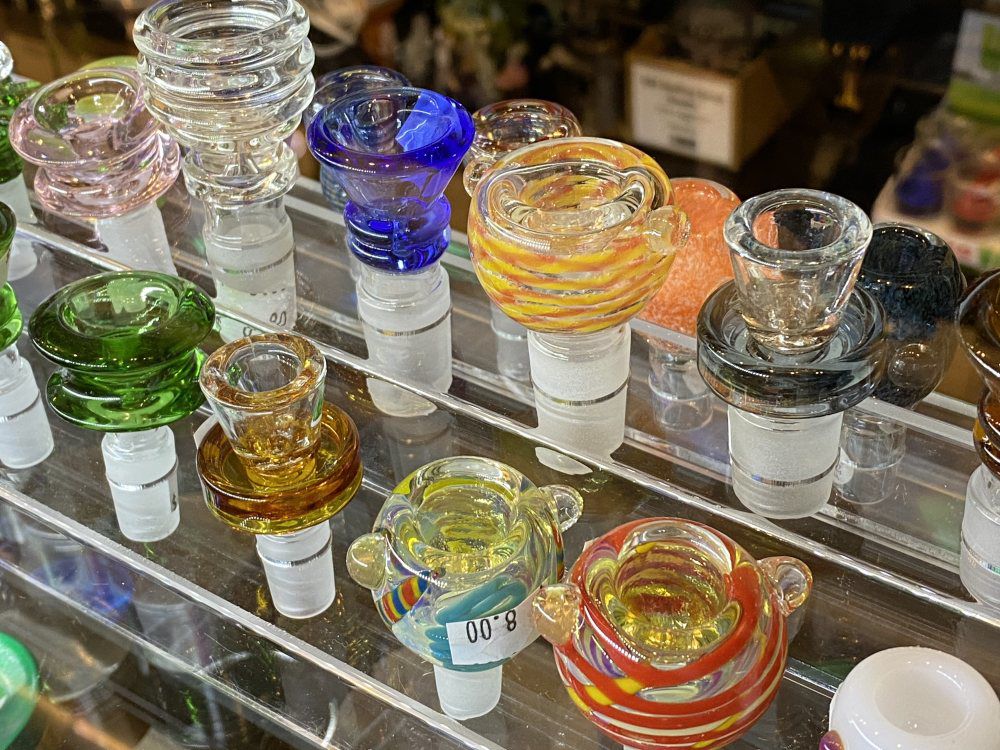 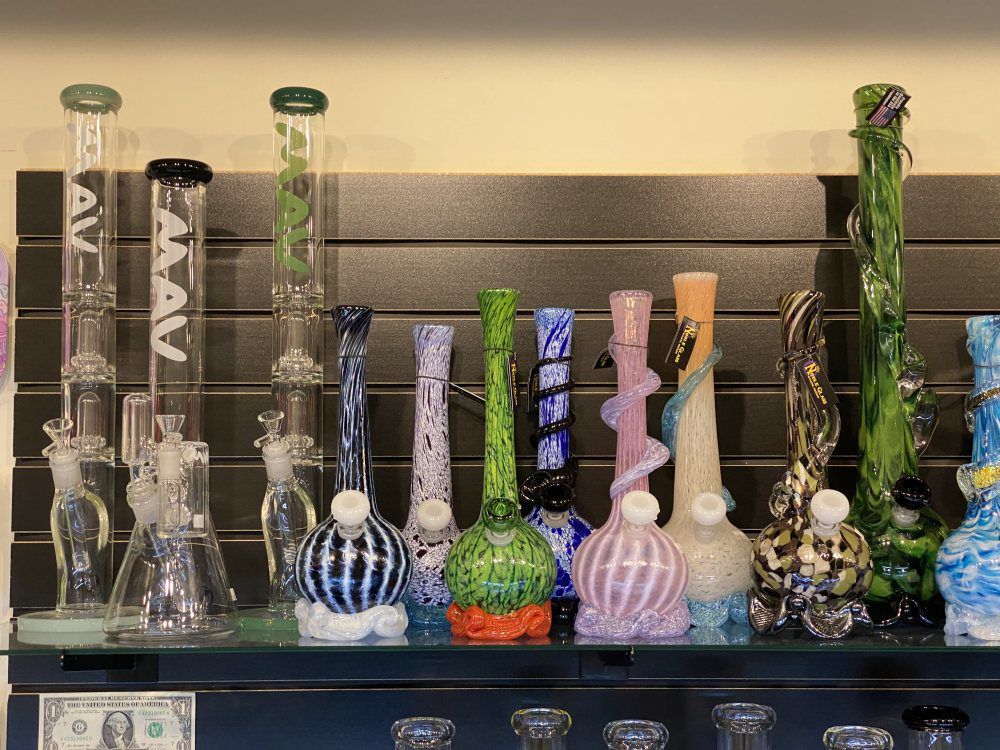 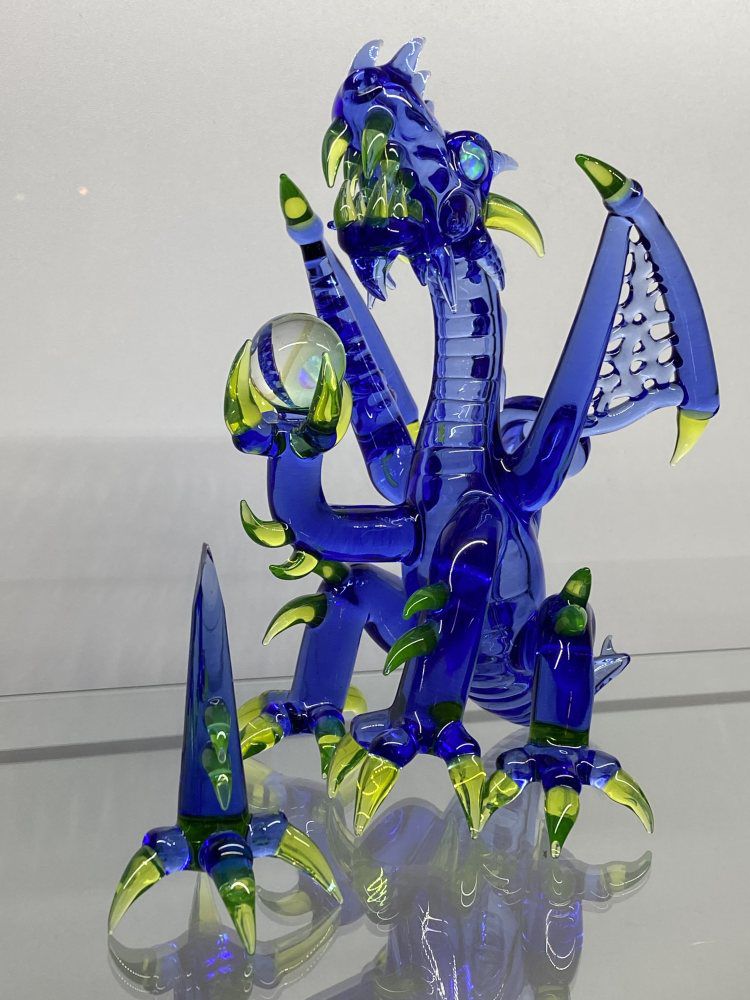 CHAMPAIGN — On Jan. 1, not only will recreational marijuana be legal, but the paraphernalia to use it will be, too.

And Jeremy Sample will be able to start calling the “water pipes” he sells at his new shop “bongs.”

Planning to indulge in a little soon-to-be-legal weed during your free time? It may behoove those who are employed to check out their employers’ policies on that.

“I’ve actually run shops out of Oregon for the last eight years. Oregon’s kind of a mecca for glassblowing,” said Sample, a Champaign native. “Our main goal is to try to bring a little bit of legitimacy to the industry. ... Our goal is to bring something a little bit higher quality and show that it’s not just a bunch of dirty potheads.”

His old shop in Oregon had customers ranging from 21 to 92 years old and from homeless to an ex-aeronautical engineer.

The products — a variety of dry pipes and water pipes — are created by glassblowers from Oregon, Washington, California, Arizona, California and some local blowers.

“A lot of the import-glass, things of that nature, contain a lot of different impurities,” said Sample, who credits marijuana with helping him get off opiates.

And he treats the products like art, displaying some in a special case.

“Everybody in this case, I know on a personal level. I’ve been to their kids’ birthdays. I know where the money goes,” Sample said. “For me, it’s an art collection. I literally collect my pieces as an art. I actually don’t use them.”

Recreational marijuana users will be able to get equipment to use cannabis at a variety of local stores.

Traditional tobacco shops like Jon’s Pipe Shop won’t be selling marijuana equipment, but some other smoke and vape shops will.

Vapors Plus, at 405 N. Broadway Ave., U, will be selling water pipes, hand pipes, bubblers and other equipment.

“Basically any tool or accessories you will need come January 1st, 2020, we will have it,” the company said in a Facebook message. “Starting the 1st of the year, you will receive a 10% off with the receipt from either the local dispensaries.”

It’s conveniently located just across the street from NuMed in Urbana, which will also sell equipment.

“We sell some different stuff in there,” Principal Officer Keith McGinnis said.

The other local dispensary, the newly renamed Sunnyside shop in Champaign, is focusing on marijuana products, such as joints, edibles, concentrates, tinctures and vape cartridges — not the equipment to use cannabis, such as pipes, bubblers and grinders.

“We do not currently carry any of those kinds of items,” said Jason Erkes, spokesman for Cresco Labs, the parent company of Sunnyside.

'Everyone is in an ecstatic mood'