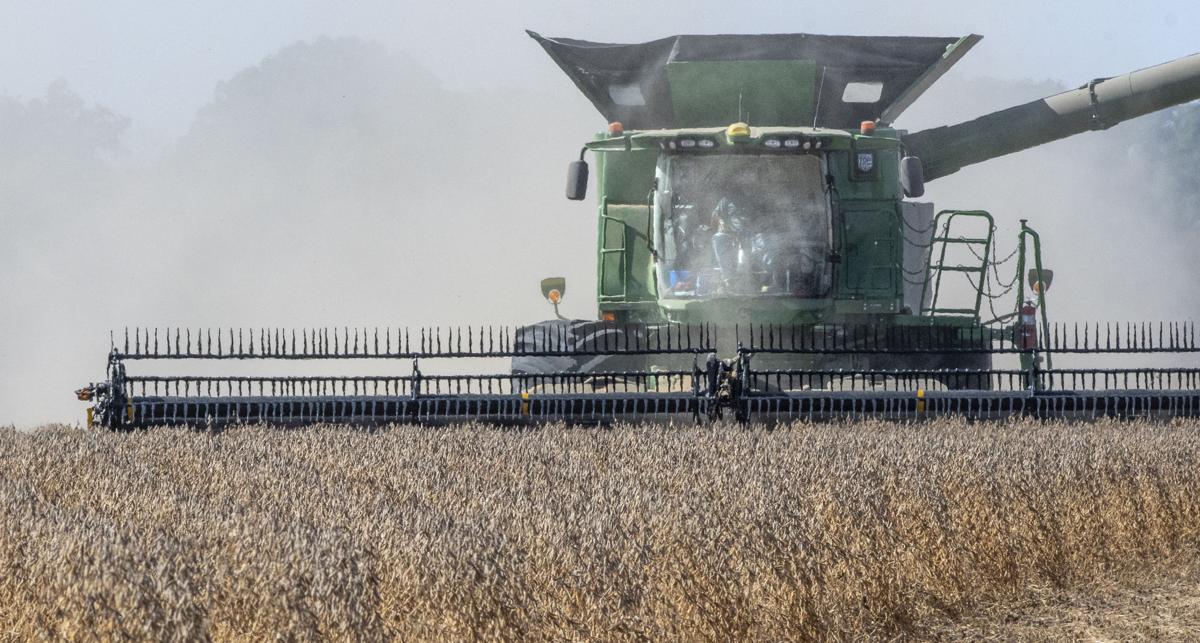 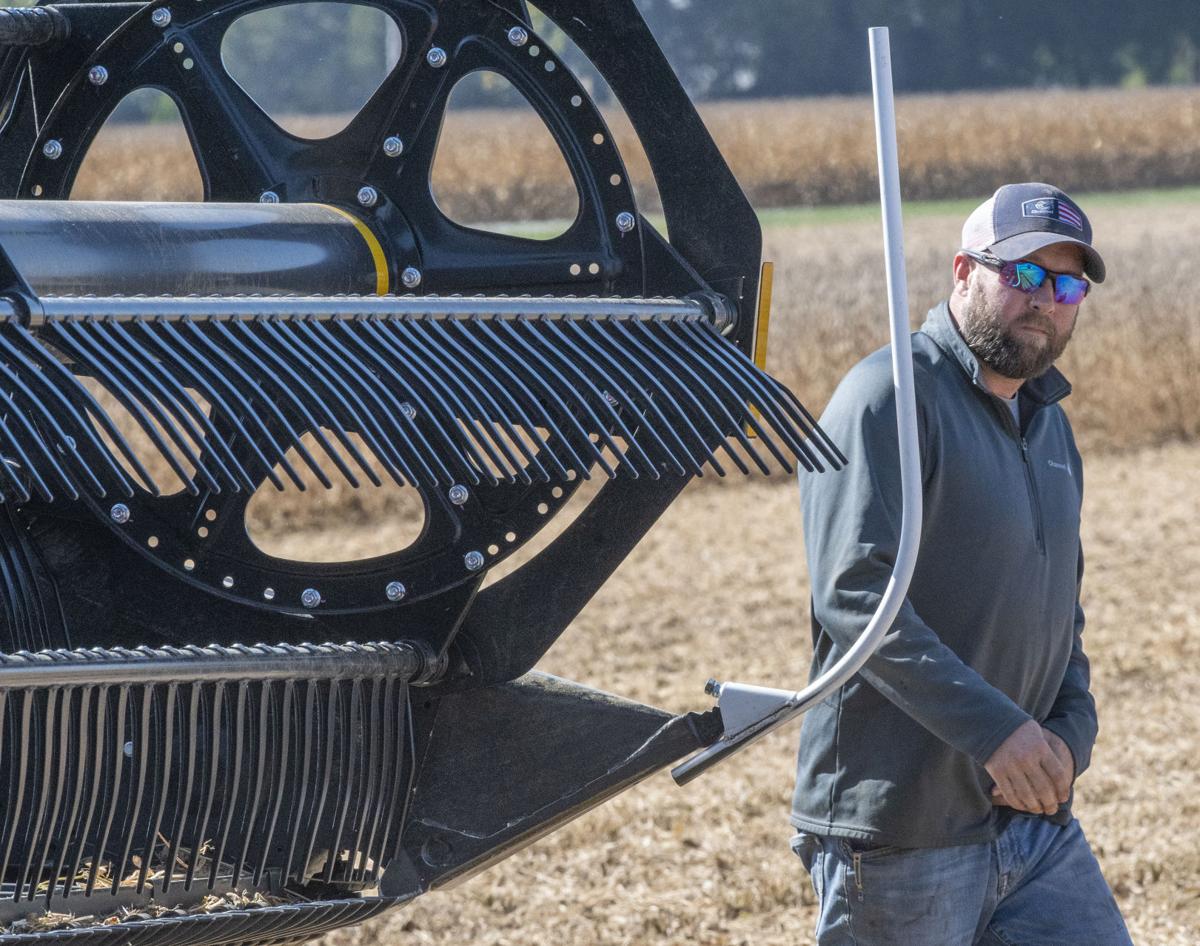 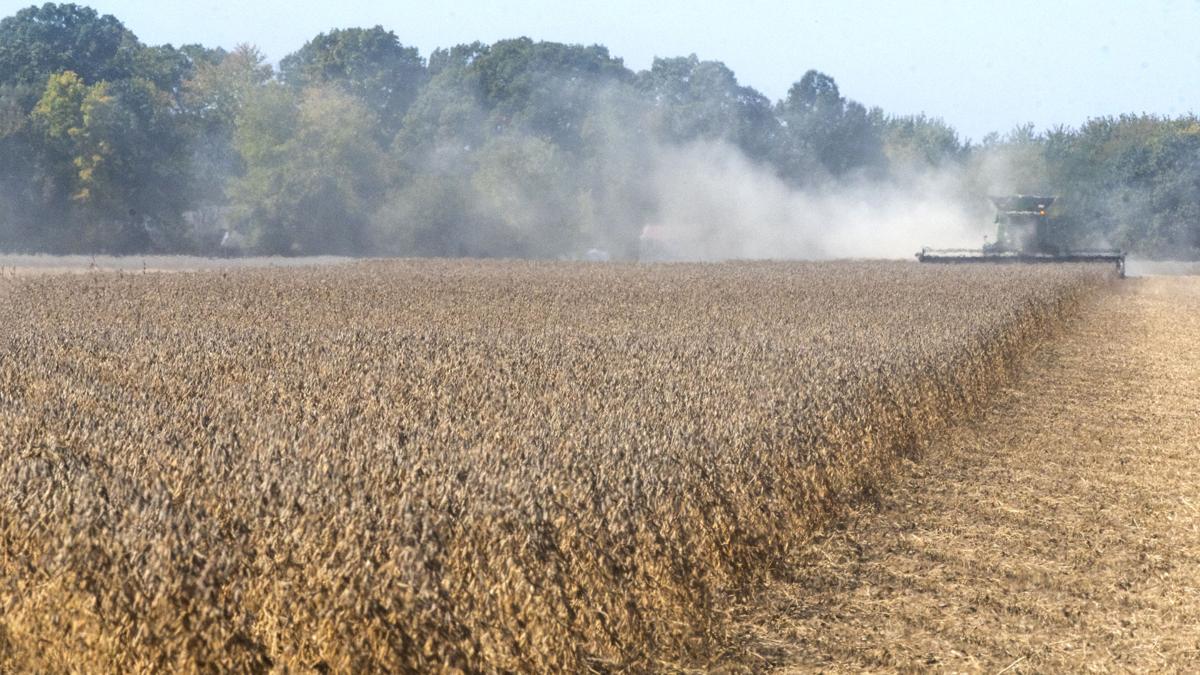 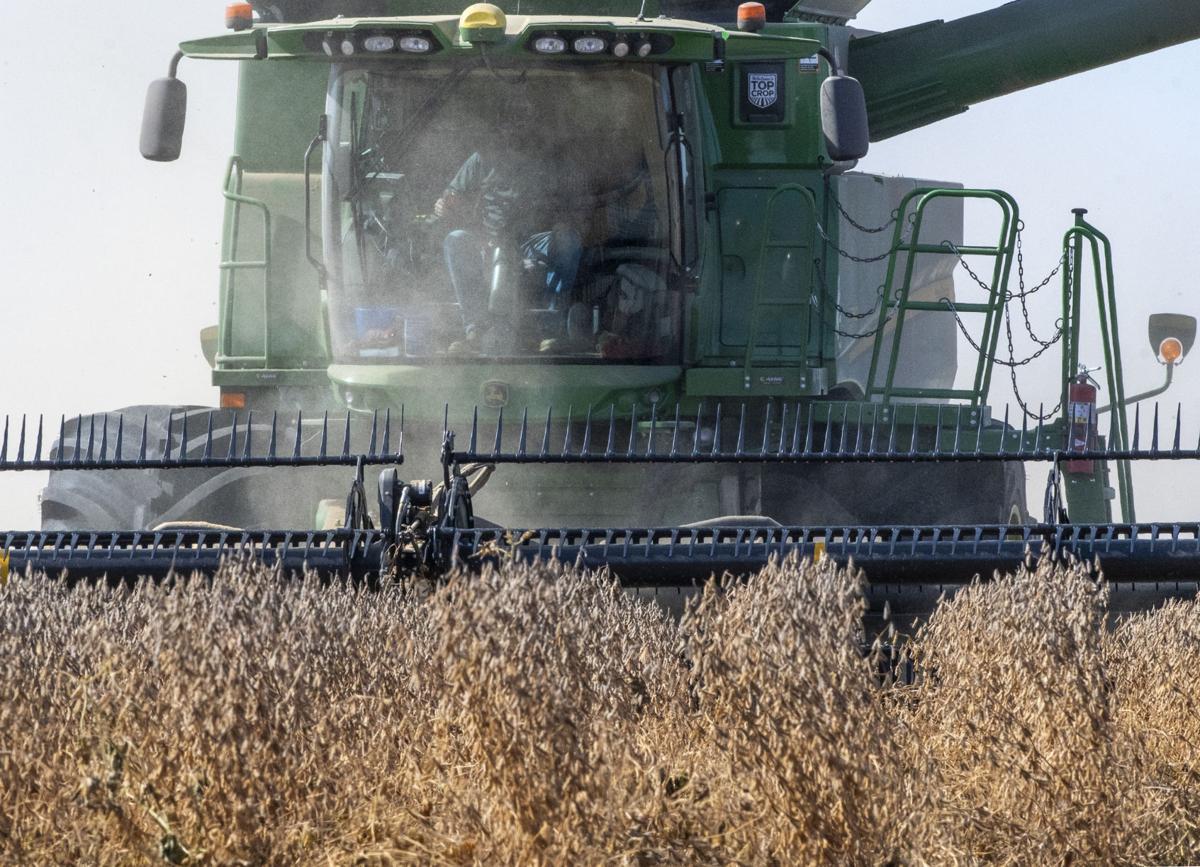 VILLA GROVE — With warm, dry weather and rising crop prices, local farmers are feeling more optimistic than they have in a while.

“We’re full steam ahead with this weather being so nice. Can’t complain,” said Steve Hettinger, who farms near Philo.

While the planting season was late for some farmers due to spring rains, and hail and wind damaged some fields, they’ve been pleased with the yields they’ve seen.

“Beans range anywhere from 72 to 85” bushels an acre, Hettinger said, “It depends on planting dates. We had a lot of good April 20 beans, and later beans, like the end of May, they’re a little lower.”

He said some of his earlier planted corn in a good field hit 240 bushels an acre.

“We have been very pleasantly surprised with the yield on both crops,” he said. “We can attribute some of that to the improvements in genetics and some timely rains in July. And we also planted soybeans a little earlier than ever before, and we are seeing that extended growing season.”

Mark Pflugmacher, who farms in north Champaign, said that while yields are looking pretty good in his fields, “we could’ve used rain in August, where they dropped some yield.”

Soybeans “really put on the yields late” compared to corn, so “the beans are a little smaller this year and maybe didn’t develop the bean in some of the pods,” he said. “We could’ve used that mid-to-late August rain.”

Pflugmacher said his fields avoided the hail storms that passed through this summer.

“We were half away from a really bad hail storm,” he said. “That’s the way it works: You’re either in it or you’re not, so I got pretty fortunate.”

He said there was some wind damage that “elbowed some corn” that mostly straightened back up.

John Reifsteck, who farms in southwest Champaign, said some of his fields had some water and hail damage, but overall, “things have gone pretty well.”

And while COVID-19 hurt crop prices earlier this summer, the disease hasn’t affected farmers as much as in other industries.

“It means my truck drivers can’t get a free cup of coffee at the elevator,” Hettinger said. But “it hasn’t changed our efficiency. It’s just in the back of our minds.”

“We’re kind of by ourselves out here,” Pflugmacher said. “We’re usually socially distanced anyway. It doesn’t affect us too much.”

Crop prices, too, are starting to head in the right direction for farmers.

“We’ve had a pretty good uptick here in prices, which has kind of been due to weather in other countries, and China started to buy some corn and soybeans,” Pflugmacher said. “So that’s good. It was a pleasant surprise. We weren’t expecting to have this kind of price during harvest.”

“The markets have been negative for quite a while,” Reifsteck said. “We’re not where we would like to be, especially with corn, but it’s certainly better than a few months ago.”

While this year’s crop is looking good and the dry weather helps harvest move along quickly, Hettinger said he’s already thinking about next year’s crop.

“The soil does need a rain. We need the ground stocked back up for spring,” he said.