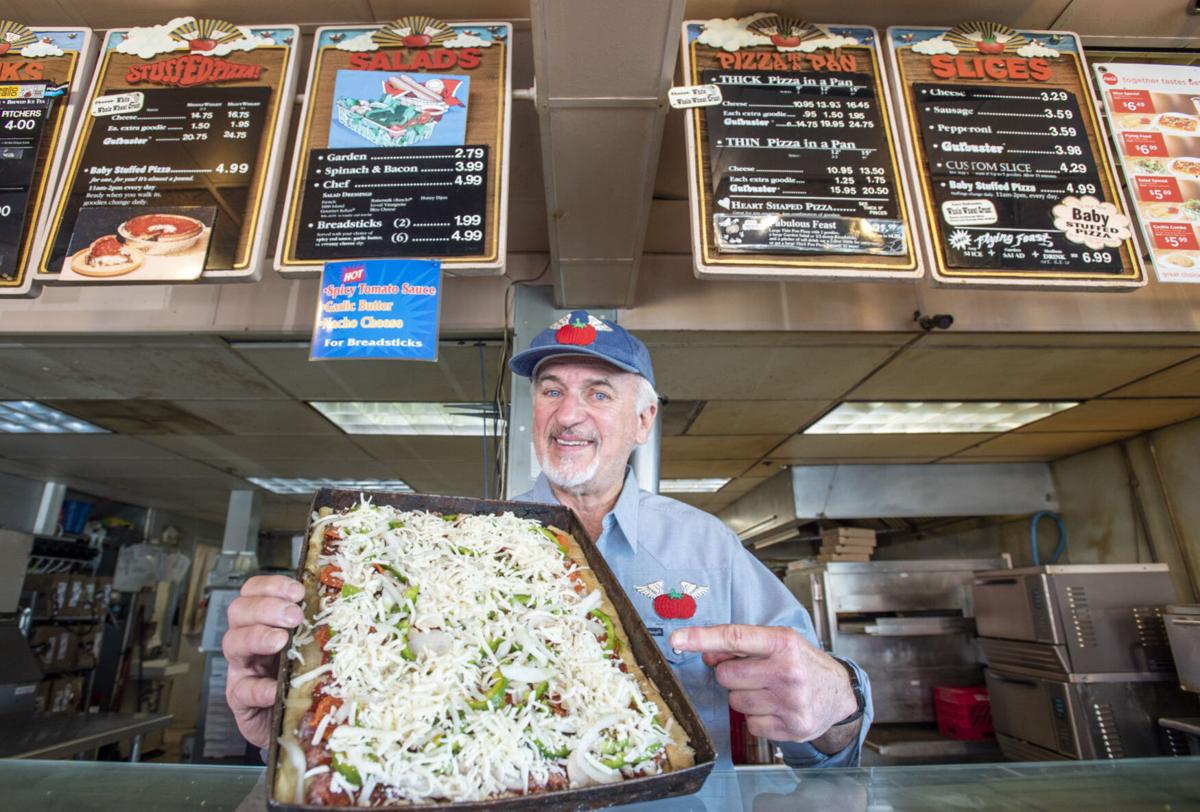 Co-owner Ralph Senn shows off one of Garcia’s pizzas ahead of the chain’s 50th anniversary, which happened Saturday. 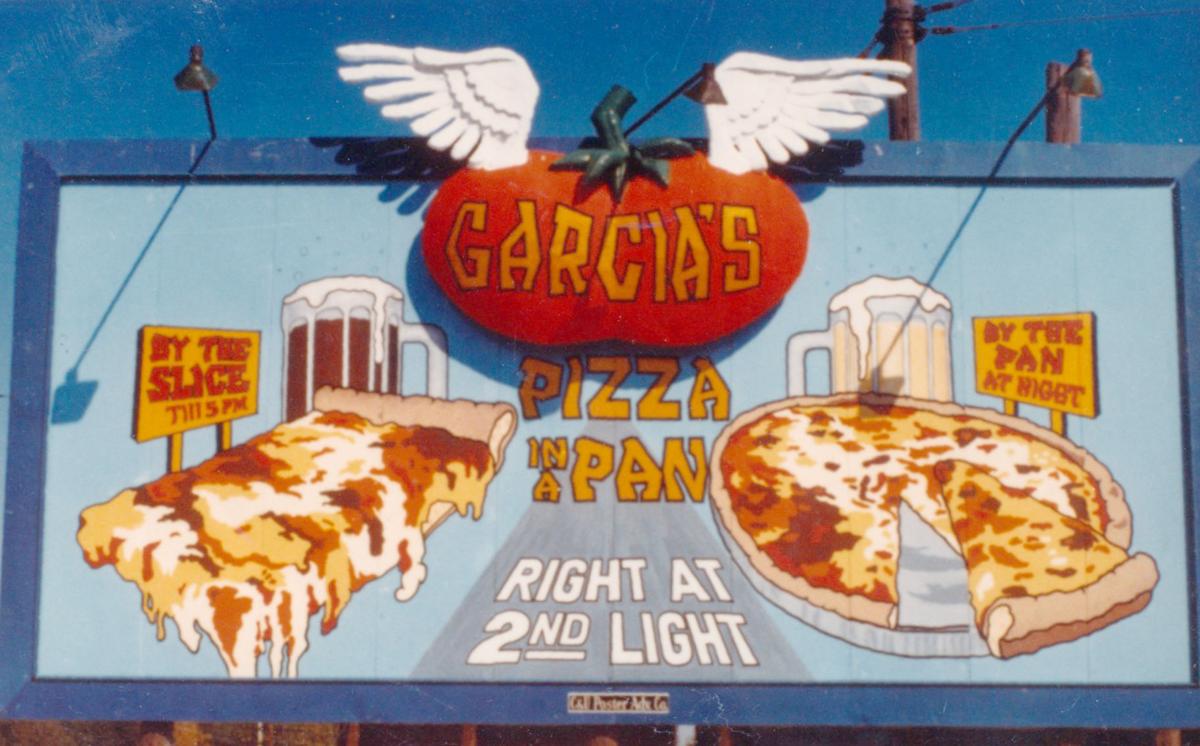 A billboard for Garcia’s from around 1978. 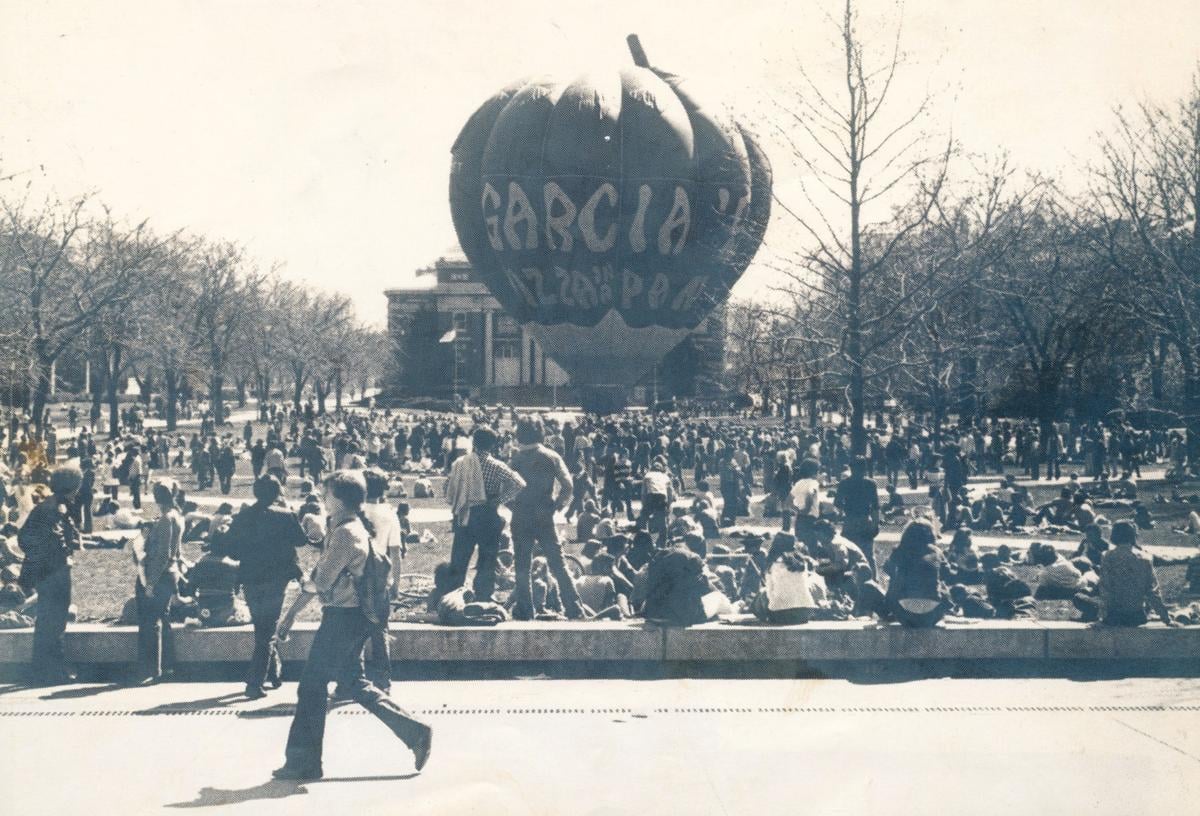 The Garcia’s hot-air balloon lands on the main quad around Homecoming at the University of Illinois in 1976. 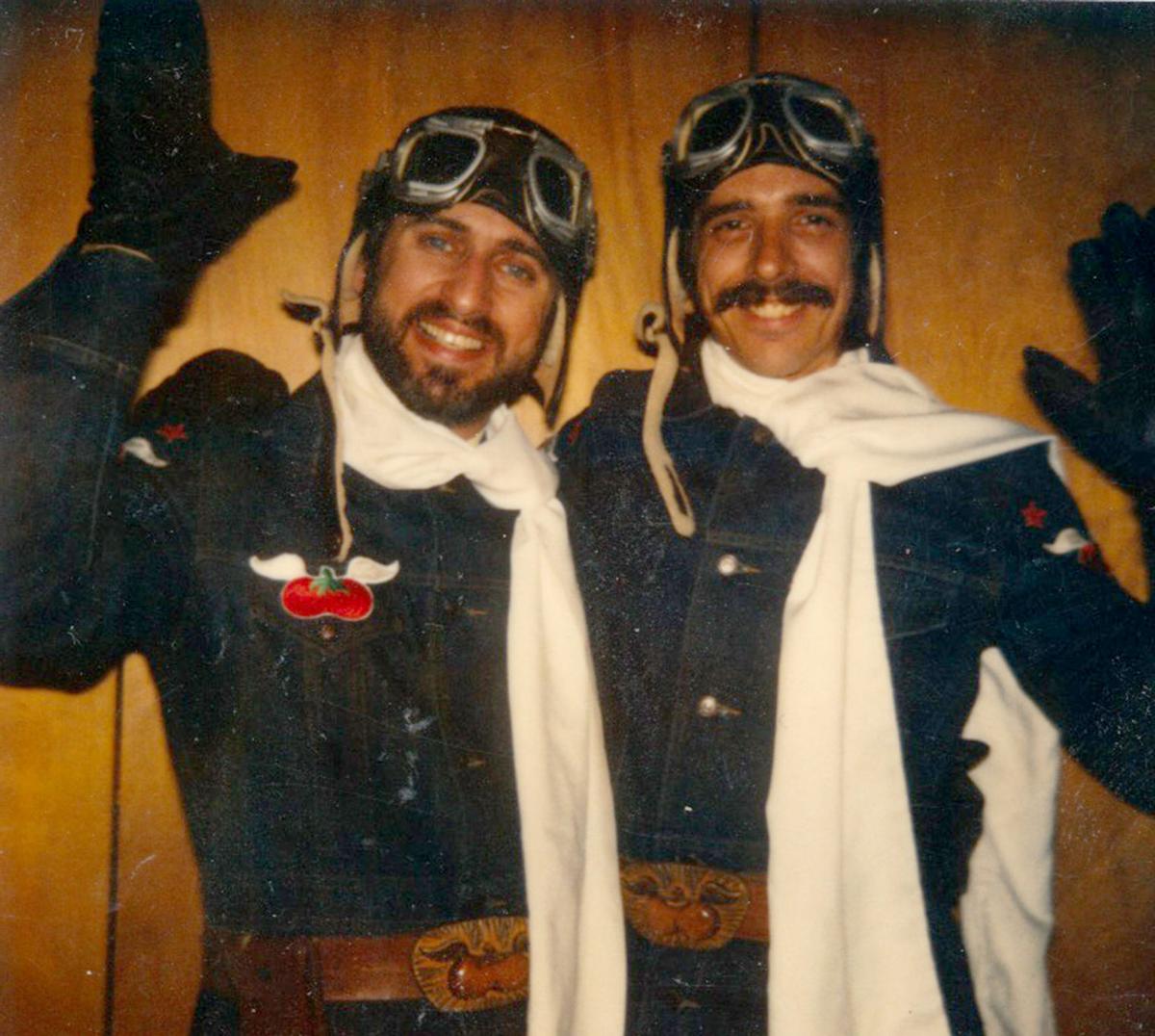 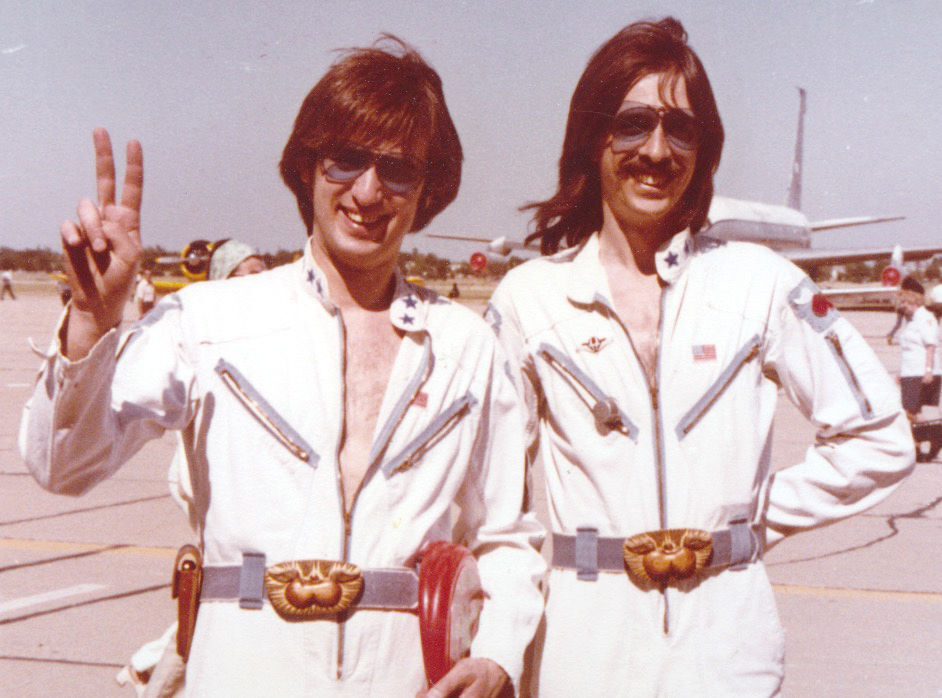 To celebrate, Garcia’s staff wore outfits from 1971 and gave away memorabilia Saturday.

“We didn’t think we’d make it to 50 years, but if it’s working, keep going,” said Ralph Senn, who owns Garcia’s with Joe Ream.

After opening April 17, 1971, it eventually grew to 18 stores in Illinois, Indiana, Ohio and Texas.

While it’s now down to its location on Mattis Avenue in Champaign and a licensed store in Decatur, Senn and Ream said they survived COVID-19 and don’t sound like they plan to retire anytime soon.

“We so much appreciate the fact that people keep coming back to us for the product and the memories and the camaraderie that — you don’t get tired of that kind of thing. That keeps you going,” Senn said.

Senn and Ream met while they were both students at the University of Illinois when Senn recruited Ream to join a rock ‘n’ roll band called The Regiment.

“We needed a bass player, and we stole Joe,” Senn said on WDWS 1400 AM. “We needed him at Chances R for a Wednesday night performance.”

After they graduated and the band broke up in 1969, Ream said they wanted to open a recording studio but first needed the money to do so.

“We love music, and we love music production, and we thought, ‘How can we do that? That takes money that we don’t have,’ and that kind of led to an idea of pizza,” Ream said.

Ream and Senn were from the Chicago area, where Uno’s and Due’s pizza were popular.

“Fraternities, we’d heard that they’d send pledges up to Chicago to bring back an Uno’s pizza, and we thought, ‘Well, there’s a market,’” Ream said.

“We didn’t know anything about the product,” Senn said, so they searched for the suppliers of Uno’s and Due’s.

“We’re digging through the dumpsters looking for the brands of the different ingredients that they use,” Senn said. Eventually, “one of their employees taught us the whole thing.”

They were able to find a “little back-corner hole” near Sixth and Green streets in Campustown with seating for seven, Senn said, “and we were able to start the restaurant not really knowing what we were doing.”

The store originally opened at 5 p.m., Senn said, because they thought that’s when people ate pizza.

But after a trip to New York City where he saw people eating pizza by the slice during the day, he decided to do the same with Garcia’s.

“It had the wonderful advantage of: You didn’t have to buy a whole pizza, you didn’t have to bring a bunch of people with you to share it, it was cheaper, and you could have it quick at lunchtime,” Senn said. “And that really was part of our original success.”

That willingness to adapt has been a key part of their success throughout the 50 years, he said.

Senn recalled a woman in line at a drive-thru that he suggested coming into the restaurant because it would be quicker.

She declined, saying it would be a hassle to get her child out of the car, park and cross the parking lot in the dark.

“I saw a real shift. It wasn’t a matter of how quick you can serve,” Senn said. “We then adapted to that.”

With people now able to look at their phones while they wait in their car and COVID-19 restrictions, that bet paid off this past year, Senn said.

Another innovation they were quick to adapt were new ovens that sped up the cooking time.

“There were three generations of ovens,” Senn said. “The first one is the regular old bake oven like you have at home, except it was huge, and it took 20 minutes to cook a pizza, maybe 15.”

Then in 1980, convection ovens were introduced, he said.

“Instead of still air … moving air, like desert wind, and you were able to cook a pizza in six minutes instead of 10,” Senn said.

And then in 1995, “this company called TurboChef came out with the TurboChef oven, and it was a combination of the blowing air ... combined with microwave, so we’d cook the meat from the inside out while the turbo hot air was cooking the cheese from the outside in. Next thing you know, you can cook a pizza in two minutes and cook a slice of pizza in one minute.”

That made the drive-thrus even more efficient and reduced waste because the pizzas could be made when ordered, Senn said.

“That’s technology that changed our business and made pizza by the slice available instantly, basically,” Senn said.

He also attributed their success to their marketing skills.

The duo is known as the Flying Tomato Brothers for their iconic red hot air balloon.

“When we flew it over the first time over the football game at the University of Illinois, it broke the sales records at all of our stores in town and in Rantoul,” Senn said.

While they were able to grow to 18 stores in the 1990s, Senn said they didn’t have the right skill set to grow it further and were fine with pulling back.

“It got too big to manage for us,” he said. “We were better off at marketing and creating the product. ... I’m not ashamed to say that I wasn’t that good at running stores in Illinois, Indiana, Ohio and Texas, but we had fun.”

He said some of the stores were on 10- or 20-year leases, “and in most cases, the lease would just run out.”

Now, Senn said Garcia’s is “surviving,” especially during COVID-19 when people had to go through drive-thrus, pick orders up or have them delivered.

“We’re now in that future where people don’t go out,” Senn said.

“The question is, how will the business be five years from now,” Senn said. “Can we adapt to the changes? And I think that’s what we’ve done. ... We survived because we were experts for 50 years in bringing it to you.”