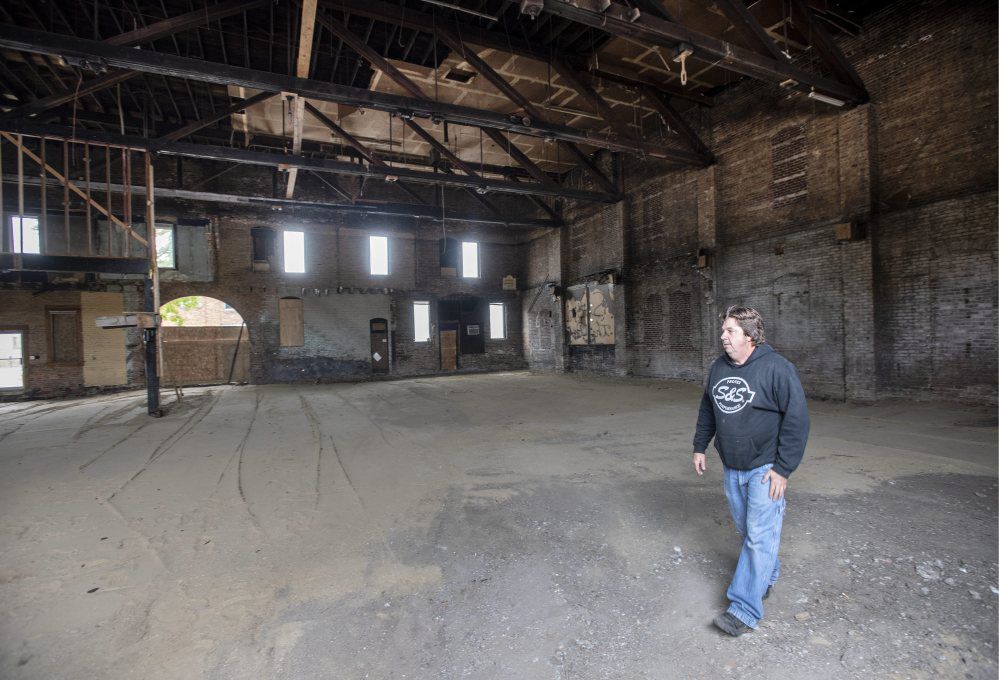 Kevin Hart walks through the gutted building that once housed Chester Street Bar on Thursday, Oct. 24, 2019, in downtown Champaign. Work is underway to transform it into a brewery and distillery. 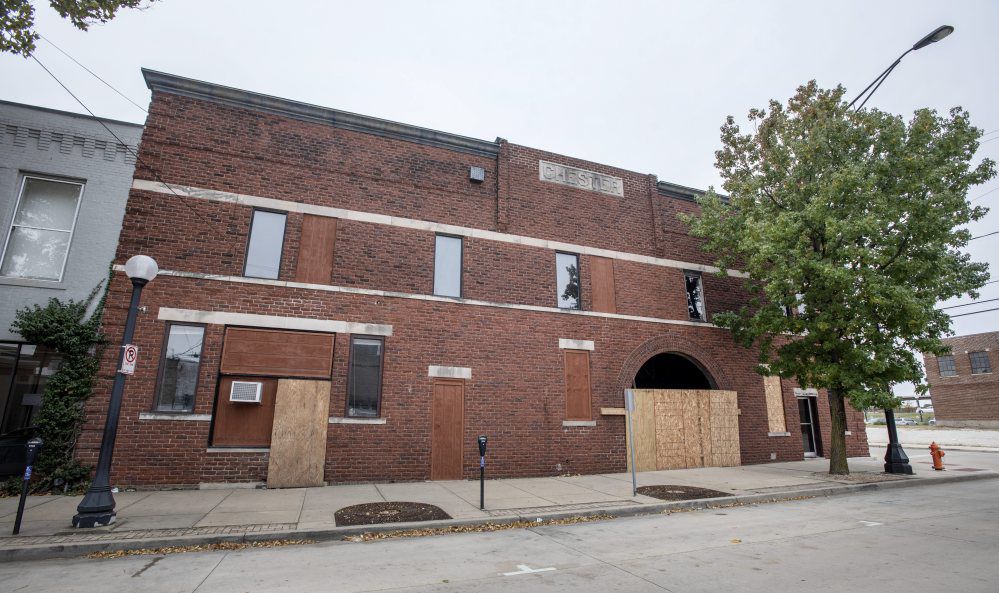 The outside of the former Chester Street Bar is shown Thursday, Oct. 24, 2019, at Chester and Water streets in downtown Champaign.

Kevin Hart walks through the gutted building that once housed Chester Street Bar on Thursday, Oct. 24, 2019, in downtown Champaign. Work is underway to transform it into a brewery and distillery.

The outside of the former Chester Street Bar is shown Thursday, Oct. 24, 2019, at Chester and Water streets in downtown Champaign.

CHAMPAIGN — The former Chester Street Bar is now but a shell of its former self.

After a fire in October 2017, Scott Cochrane, who had bought the bar that summer, shelved plans to quickly renovate and reopen it.

It was instead gutted, with only the brick walls and wooden trusses remaining.

But Cochrane said construction should begin soon to add a new metal roof supported by a steel structure.

“They’re putting a new steel infrastructure in,” Cochrane said. “All I have left are the walls. That’s all that’s left. The floor is gone. Everything else is gone. It’s a very expensive project. But again, I’m trying to save a little piece of history.”

While it won’t be the gay bar Chester Street was known for, Cochrane said he’ll note the location’s history.

Before it was Chester Street, the bar was called Chances R and was a popular live-music venue, Cochrane said.

“They used to have REO Speedwagon play there,” Cochrane said. “Tons of bands used to play there.”

In its place, Cochrane is planning to build a brewery and distillery.

“It’s got a taproom on the second floor with an elevator to it, and then the first floor is all brewery,” he said.

His oldest son, David, will own the brewery and distillery along with former Illini football player and Champaign native Nick Levanti.

“We have another gentleman, Tommy Nicely, who’s a brewer, and he’s an extremely talented brewer,” Cochrane said. “He’s made some well-known beers in the state and the country.”

A new brewery, distillery and restaurant, along with 10 upscale apartments, are all part of bar owner Scott Cochrane's plans for his project at Chester and Water streets just east of downtown Champaign.

The brewery will be the first of three buildings Cochrane is renovating in Midtown, along with the Bush building at 64 E. Chester St. and the Avenue building at 65 E. University Ave.

Cochrane is hoping to have the apartments on the second floor of the Avenue building open by next fall.

For these renovation projects, the city of Champaign plans to give him $300,000 in redevelopment grants once the work is completed.

Last month, the city council approved an extension for those grants, giving Cochrane until the end of 2020 to complete the project.

Cochrane used to own Campustown bars The Clybourne and Firehaus, which closed to make way for a high-rise at Sixth and Green streets.

He owns Red Lion and Kam’s, which also just closed to make way for an apartment/office/retail complex on the 600 block of East Daniel Street and is moving to First and Green streets to be joined by new bars named Stan’s Gridiron and Second Chance.

And Cochrane owns the Office II on Country Fair Drive, which he’s planning to redo.

“It’s going to be called the West End Tavern,” he said.

He also owns Tin Roof in Urbana, “which is going to be a pizza place, which we’re working on that right now.”

With a mix of old and new in his portfolio, Cochrane said he embraces change.

“I love old stuff. I’m an architectural junkie,” he said. “The distillery building that I built is designed to look old: big, huge, limestone arches. It was designed to look like it’s 100 years old. I also like modern.”

He noted that “especially on Sixth Street, it’s an improvement, because all the houses that were there, that were mine, were crappy old houses.”

“I get the nostalgia of it,” he said, but “I think it’s just inevitable.”