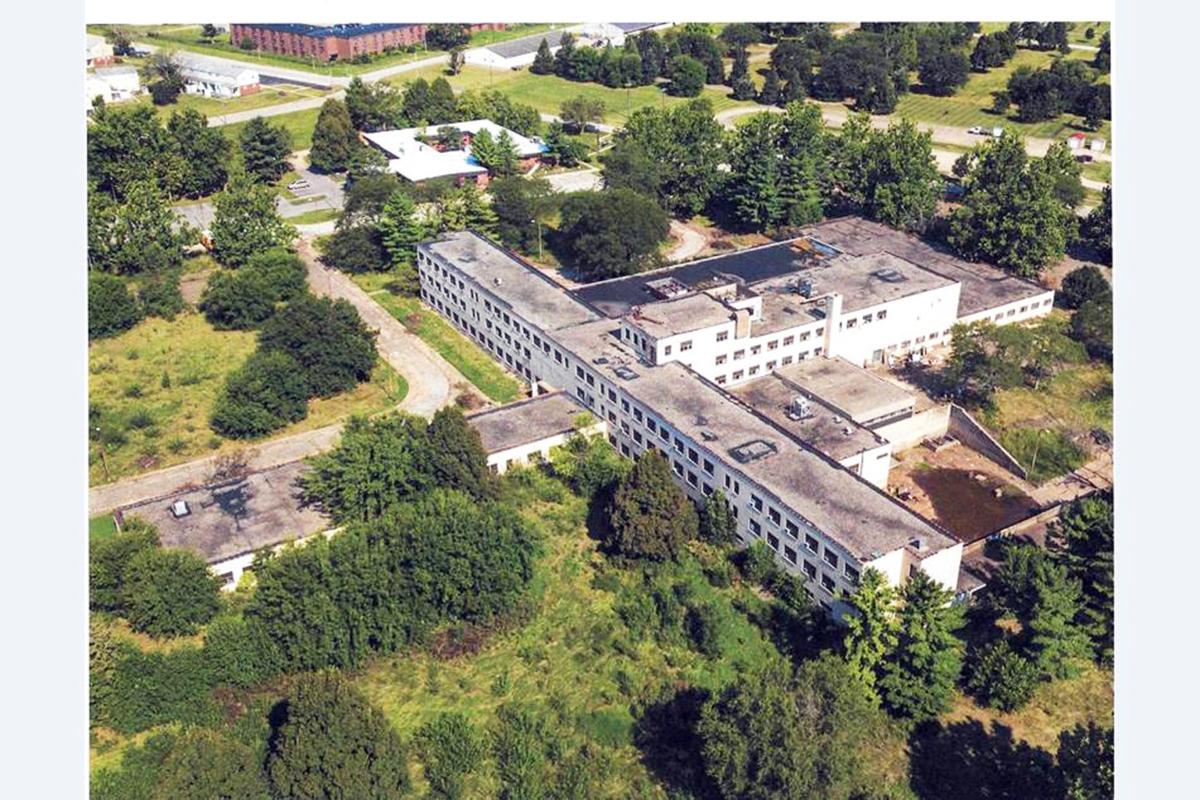 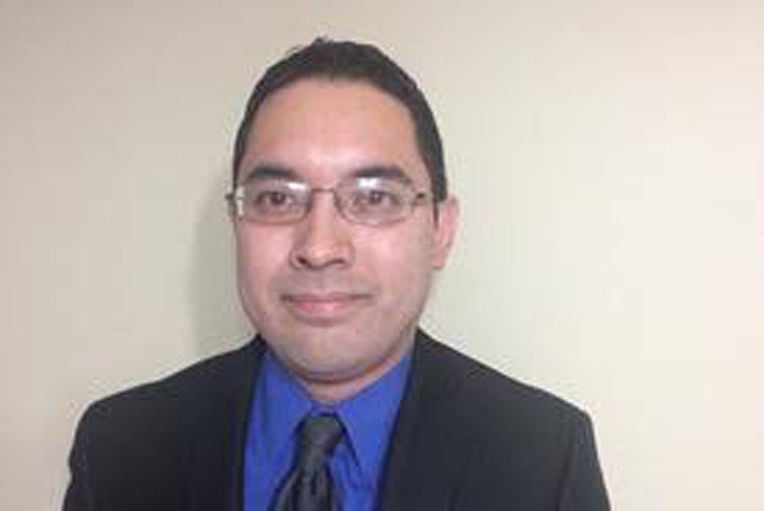 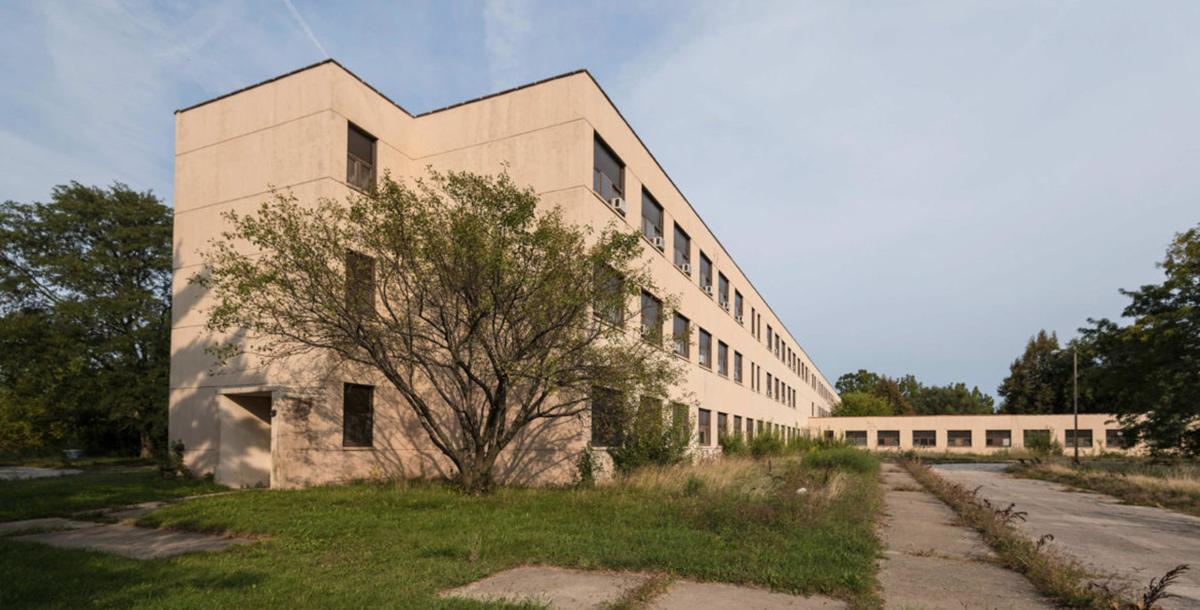 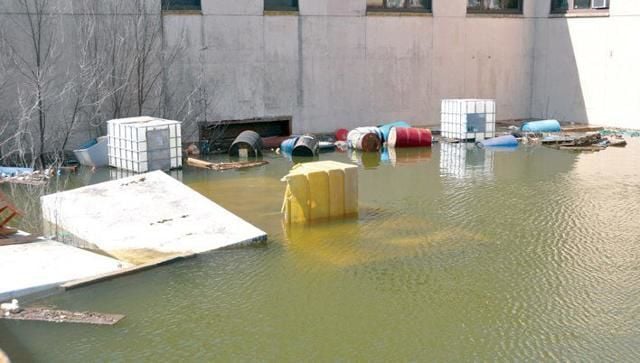 Flooding was a problem at the former Chanute Air Force Base hospital. The issue was rectified in 2018.

Flooding was a problem at the former Chanute Air Force Base hospital. The issue was rectified in 2018.

Dr. Aaron Alaniz, who operates After Hours Psychiatry in that city, bought the property for $125,000.

It was the latest tax sale of the hospital building, constructed in 1956 and located at 100 E. Nightingale Court, just off South Century Boulevard. The Air Force base closed in 1993.

Alaniz did not return phone calls asking about his plans for the property, which includes a 171,000-square-foot building. In total, the property encompasses more than 21 acres.

Eric Christensen, a Venice, Fla.-based real-estate agent who does business as Bold 217 Investments, was the previous owner but let the property go via tax sale. Christensen said he had hoped to find a partner to contribute cash to renovate the property with a goal of leasing it out.

“I was not successful in doing that,” said Christensen, a former Gibson City-area resident.

He said the condition of the former hospital and surrounding property is “pretty bad.”

“The frame is solid,” he said. “You put a new roof on the place and some new windows, it’s solid. I kind of liked the warehouse space.

“I like the plain, bulk, flat concrete warehouse kind of storage space. There are several parts of that building that lend itself to that usage.”

Christensen said the property is unique, and he could see a number of potential uses for the site.

“My basic underlying goal was to stabilize the property and keep it from deteriorating further, but I wasn’t prepared to spend a lot of money,” he said. “I hope somebody takes the time and energy to do that.”

Christensen said he believes the property is worth more than the $125,000 sale price Alaniz paid for it.

“When you talk about the space and acreage there, when you project rental of square footage of land and making it productive as ... living space and warehouse spaces,” the property is valuable, he said.

Rantoul Village Administrator Scott Eisenhauer said the former hospital was “a significant headache” prior to being purchased by Christensen, who paid to fix the problem of standing water there in spring 2018.

“Mr. Christensen installed pumps, they redid some tile and got the water pumped out of the area and flowing in the proper directions,” Eisenhauer said.

Since then, the village has had few problems with the property, Eisenhauer said, adding that the building is checked periodically to make sure it is secure.

It has had a string of owners over the years, all of whom have acquired it via tax sale.

From 2001 to 2017, Unique Storage Inc., whose president was Tim Mathews, owned the former hospital. It was used primarily to house migrant workers. At one time, as many of 450 of the workers had lived there. While it was being used for housing, the hospital had been cited for health violations by the Illinois Department of Public Health.

Among the violations, according to a story by Midwest Center for Investigative Reporting, were improper ventilation, broken smoke detectors and missing light bulbs. Other problems cited by workers were leaking roofs, flickering lights, inaccessibility to laundry facilities, broken telephone lines, plumbing issues and failure to replace soiled mattresses.

Herman Fogal, a Rantoul real-estate agent who had the property listed for sale for Christensen, said at one time, a Wisconsin-based company had intended to buy the former hospital to use it for a child rehabilitation center but was barred from doing so by the state of Illinois.

At one time considered one of the best hospitals in the Air Force, the three-story Chanute hospital was equipped with 215 beds. It contained three elevators and a partial wet pipe sprinkler system. New windows were installed just eight years prior to the base’s closure.