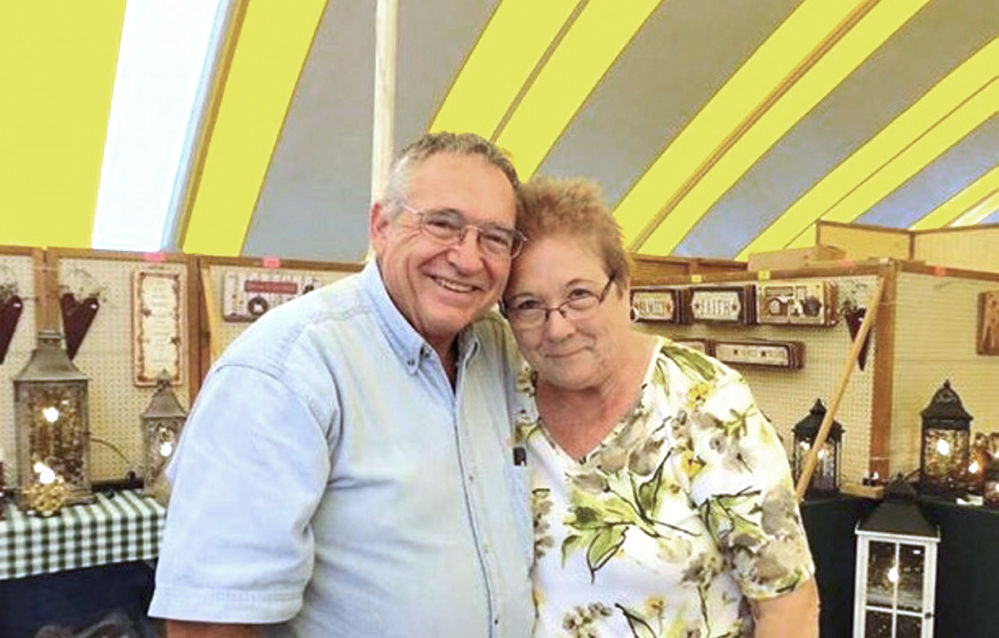 Walt and Kathy Wright of Villa Grove are shown in their craft booth.

The craft booth of Walt and Kathy Wrights is shown at the 2018 Gifford State Bank Christmas Show. 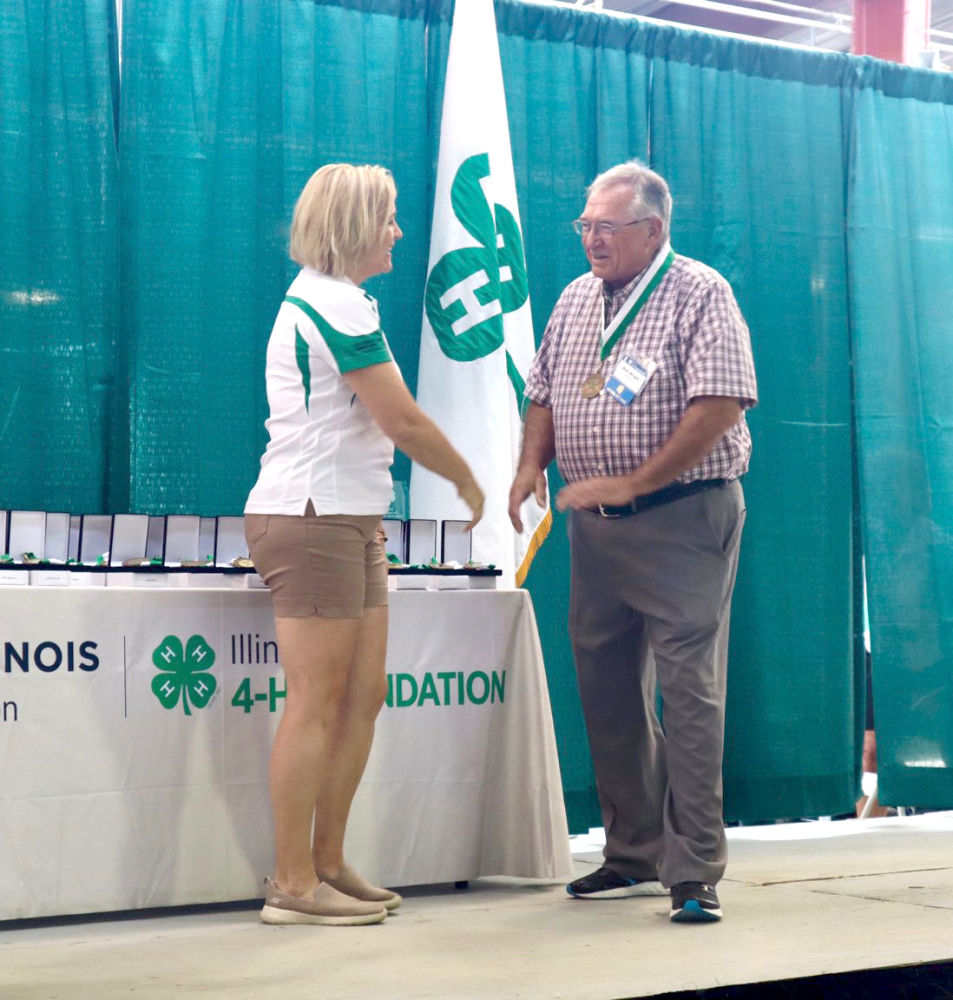 Walt Wright of Villa Grove is honored at the Illinois 4-H Hall of Fame induction ceremony in August 2019 in Springfield.

Walt and Kathy Wright of Villa Grove are shown in their craft booth.

The craft booth of Walt and Kathy Wrights is shown at the 2018 Gifford State Bank Christmas Show.

Walt Wright of Villa Grove is honored at the Illinois 4-H Hall of Fame induction ceremony in August 2019 in Springfield.

VILLA GROVE — It takes a lot of energy for Walt and Kathy Wright to set up their 30-by-20-foot booth full of handcrafted metal lanterns.

“It takes us two days to set the booth up,” Kathy Wright said.

In Evansville, they’ll sell their wares for two days, and “then it takes us the better part of a day to tear it down.”

At 72 years old and after 25 years in business, they’re starting to slow down.

“He loves doing it. He personally doesn’t want to give it up,” Kathy Wright said. “I feel I haven’t been as much of a help.”

And Walt Wright said he relies on her.

“Can you tell she’s my bookkeeper?” he said after she sang his praises and described his work for nearly 20 minutes. “She’s my total business manager. We’ve been married 52 years, and I just rely on her.”

In the past, they would travel to as many as 30 shows a year in Missouri, Indiana, Illinois and Kentucky.

Now they do three big shows a year.

“This is hard work,” Kathy Wright said. “We’re trying to work our way out of it.”

About 10 years before he retired as a sixth-grade teacher in Villa Grove, Walt Wright started Wrightway selling wooden paper dolls.

“Then for the next 10 years, he used wooden spool bobbins and made them into candleholders,” Kathy Wright said. “Then he started electrifying them,” putting electric candles into them.

“And the last 10 years has been the lanterns and the household decor, which he has turned into lighted things,” Kathy Wright said.

“I guess I’m the type of person that likes to have something to do,” Walt Wright said.

That’s a bit of an understatement.

Not only was he a teacher at Villa Grove schools, he coached basketball there, was the director of student assistance and was in charge of the drug and alcohol abuse prevention program.

“He also wrote a crisis-management plan that’s been adopted and adapted by many other schools in and out of the state,” said Kathy Wright, who was the high school secretary there.

On top of this, he was active in 4-H as a club leader teaching countywide woodworking workshops.

“He was in 4-H as a child. His mother was a 4-H leader,” Kathy Wright said. “Then as soon as his daughter turned 8 years old, he got involved.”

For his decades of service, he was inducted last month into the Illinois 4-H Hall of Fame.

“I was overwhelmed,” Walt Wright said of when he was notified he was going to be inducted. “I heard her tell you that I cried, and I did. ... I just love working with kids. I still do.”

“This has just been his life,” Kathy Wright said. “His parents were very active ... and he turned around and did the same for his kids and so many other kids.”