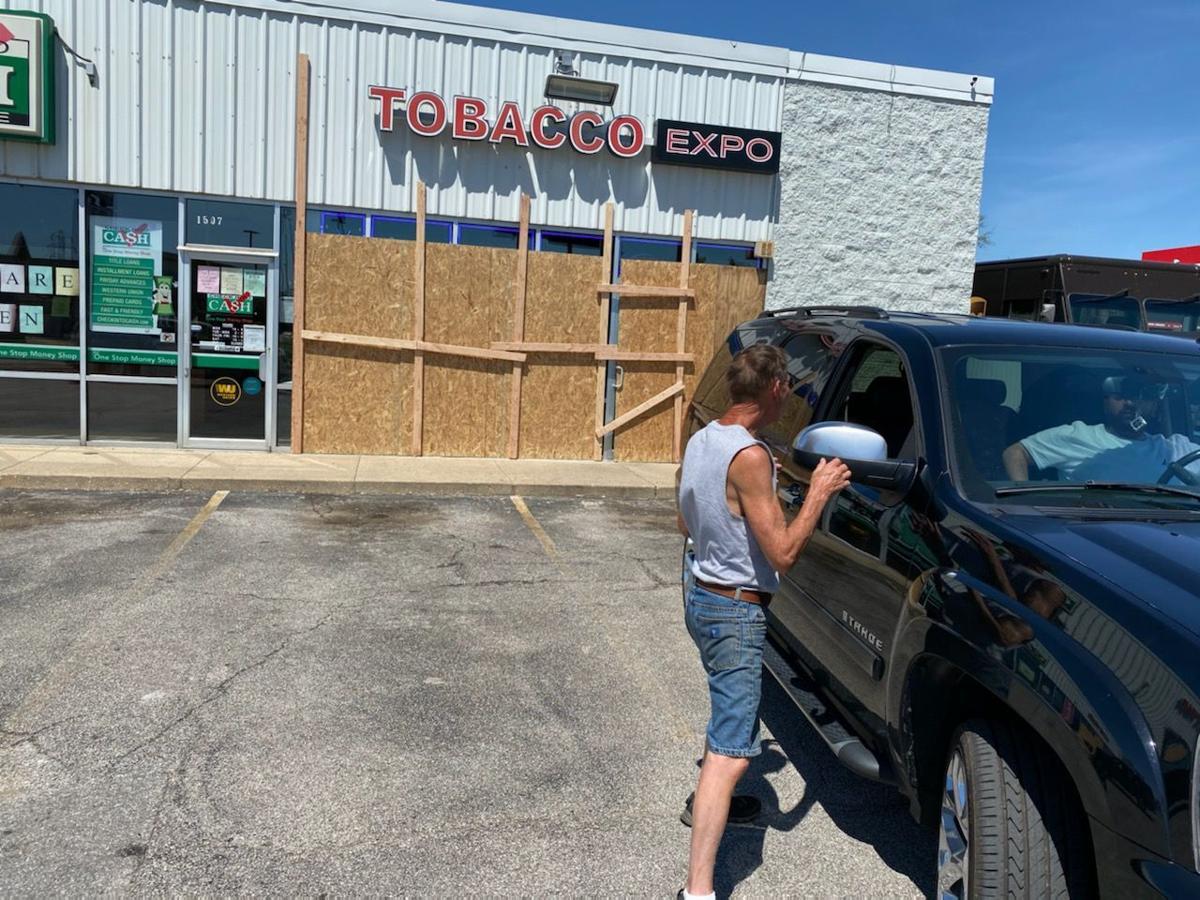 Outside a boarded-up Tobacco Expo, a customer talks to manager Heath Mohammad. 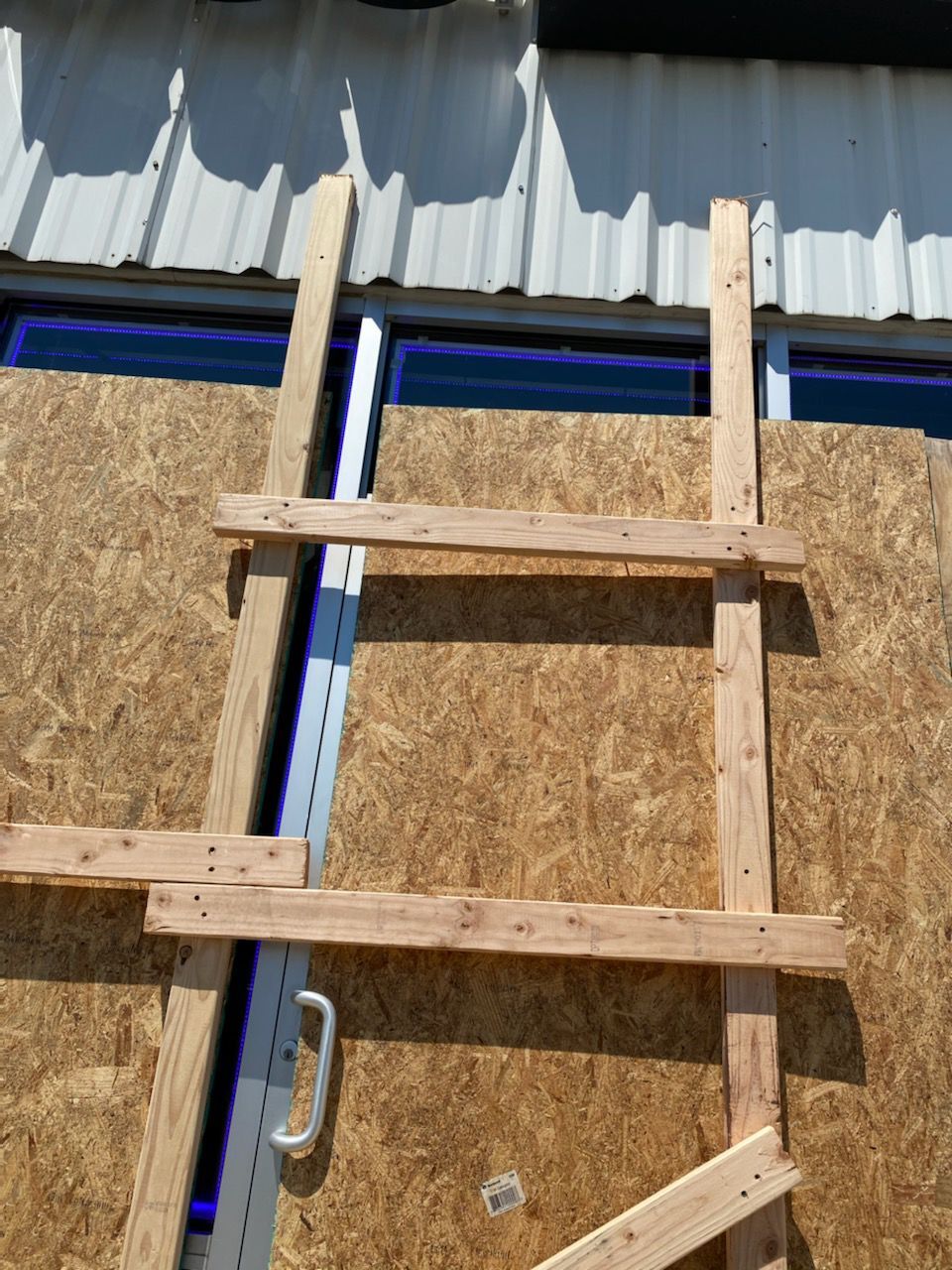 The front entrance to Tobacco Expo was boarded up on Tuesday morning.

Outside a boarded-up Tobacco Expo, a customer talks to manager Heath Mohammad.

The front entrance to Tobacco Expo was boarded up on Tuesday morning.

Customers pulling into the parking lot of Tobacco Expo on Tuesday morning were met by manager Heath Mohammad, who was seated behind the wheel of his parked Tahoe.

“Sorry, come back around noon,” he told each one of them.

The store’s late opening was due to a boarded-up entrance that prevented even Mohammad or his two full-time employees from gaining access to the shop. Wooden boards would need to be removed to allow the front door to swing open.

The 10-year-old family-owned business on North Prospect had been spared from the looting that decimated strip-mall neighbor Active Wear, but Mohammad still hired help to protect the front windows and door.

A Rantoul native (Class of ‘06) and Champaign resident, Mohammad knows our community well. Perhaps that’s why — as hard as this week’s been on business, as angry as he had every right to be, as shaken as he was Sunday night when he remained at work until 1 a.m. in case anyone returned with bad intentions — he retained a hopeful outlook.

“Honestly, this only makes us stronger,” he said. “We’re God-fearing people, thankful for every day. Everything happens for a reason.”