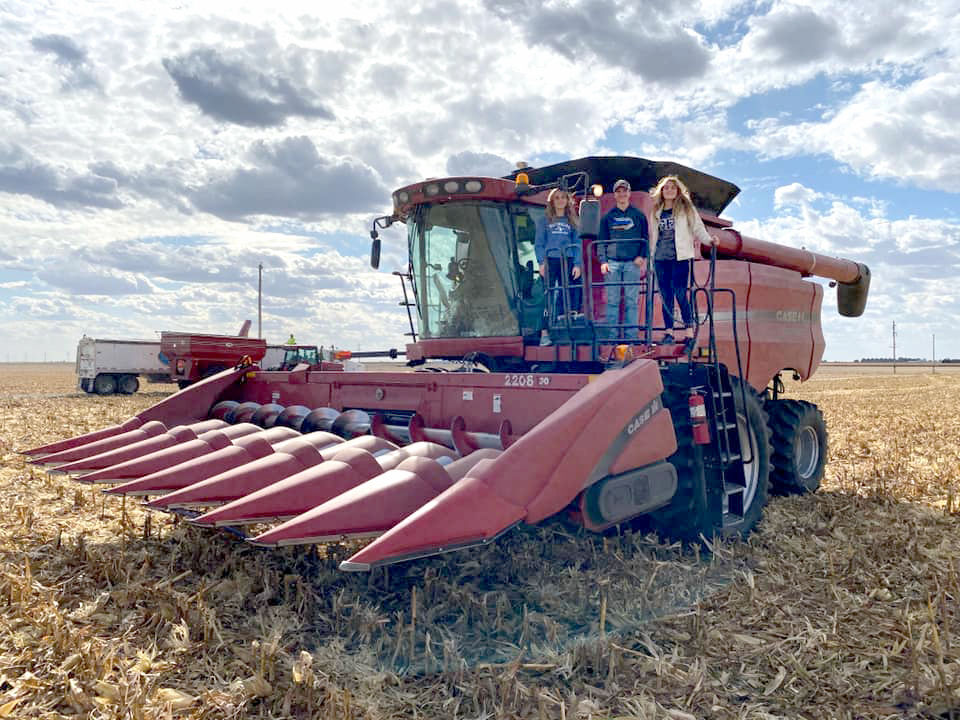 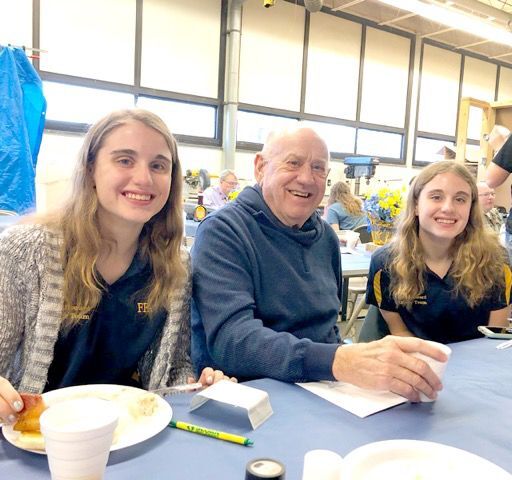 VILLA GROVE — Denny Reifsteck was an FFA member, as was his son.

Today, his granddaughters are enjoying their role in Future Farmers of America.

As a way to give back, Reifsteck over the last three years has donated the use of 3 acres of his farmland, where he allows the Villa Grove chapter to grow crops.

While sophomore Will Jones, the chapter’s farm operations manager, drove the combine to bring in the crops, sisters Alexa and Lydia Howard drove the grain cart that dumped the corn into a semi that took the crop to an area grain elevator.

“He just really wanted to do something for the kids,” said Marci Howard, Reifsteck’s daughter and Alexa and Lydia’s mother. “He knows how important the program is for the community and the kids. He wanted to help out.”

“He has 15 brothers and sisters. They didn’t have a lot” growing up, she added. “He’s worked to get what he has. He feels like he needs to give back.”

The 3-acre plot is marked off as part of a field Reifsteck farms.

Marci Howard said when it is time to work on the plot, Reifsteck will contact the chapter — generally Will Jones — and they will head out to the field.

“They usually get donations of the seed” and chemicals, Howard said.

Chapter adviser Callie Parr said the chapter also grows and harvests a half-acre of sweet corn on the school grounds.

As a sophomore, Jones has his share of responsibility with the crops. He is the contact man to make sure personnel can come out and spray the corn in the 3-acre field, and when it comes time to harvest the sweetcorn by hand, to round up volunteers to handpick the crop.

“We get around 100 dozen ears” of sweetcorn, he said. “We pick about three times, about a week apart.”

Getting everyone rounded up to be at one place at one time can be a challenge, he said.

Parr said the Villa Grove community supports the local FFA chapter. But for 30 years the chapter did not exist. When Parr came to teach at Villa Grove, she resurrected it in 2015.

“The farmers in the Villa Grove area have been absolutely the best to work with,” Parr said. “They’ve bent over backwards ... to let the kids get the experience.”

Parr said allowing the chapter to reap the benefits of the farm plots has been a “tremendous” financial success.

Chapter members have been able to attend state and national FFA conventions, attend conferences and workshops as well as compete in contests.

The members also do a great deal of community work.

This year the chapter is building large planter boxes for the city that will be installed by the end of the month.

The chapter will also prepare Thanksgiving food baskets for the needy.

One thing Parr did when she came to Villa Grove is to change the titles of the chapter officers.

“When I started the program we started out with the traditional offices, and what we were finding is those titles and the job descriptions weren’t really covering what we need to get done,” she said.

“We abandoned the old office titles and created titles more aligned with what the (ag) industry does.”