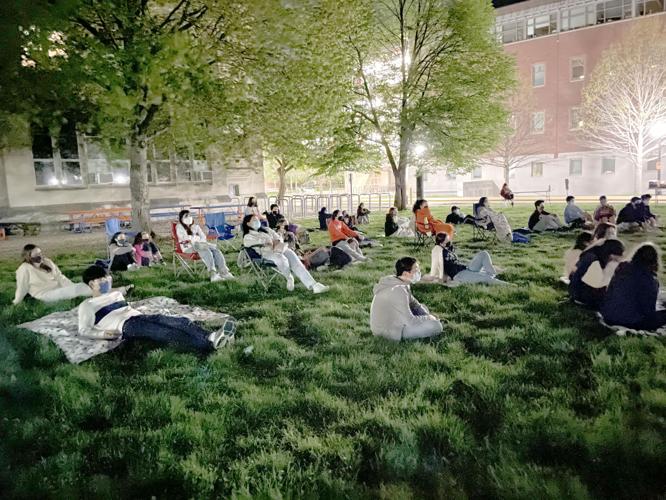 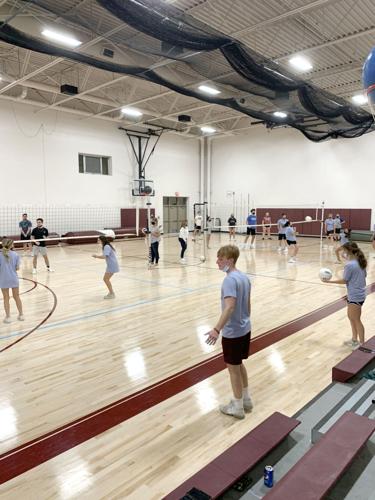 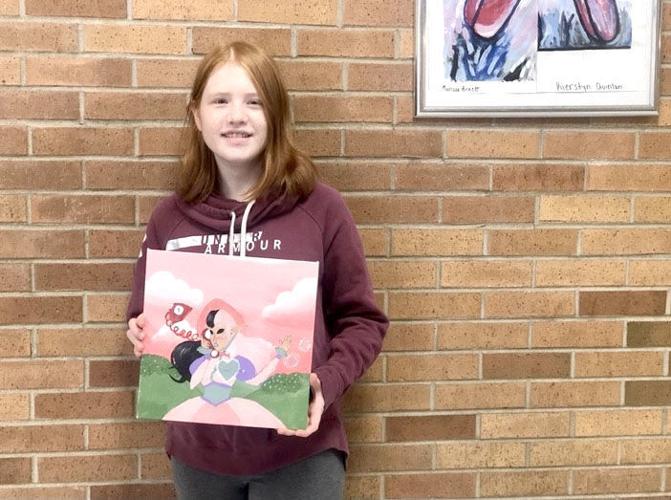 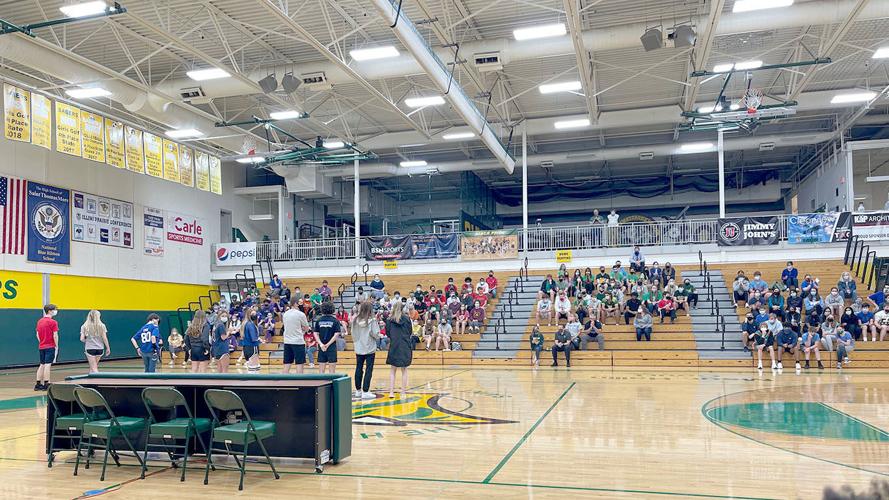 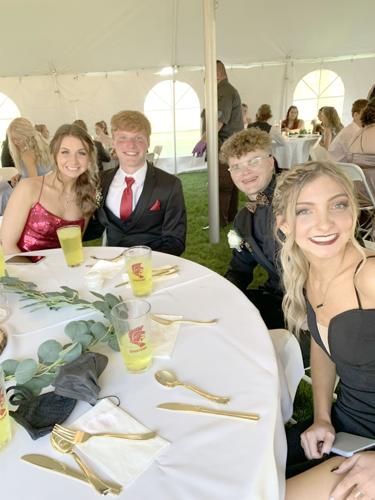 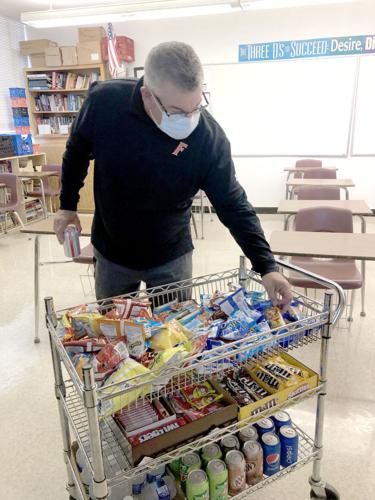 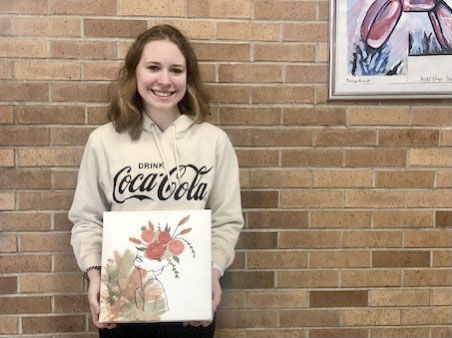 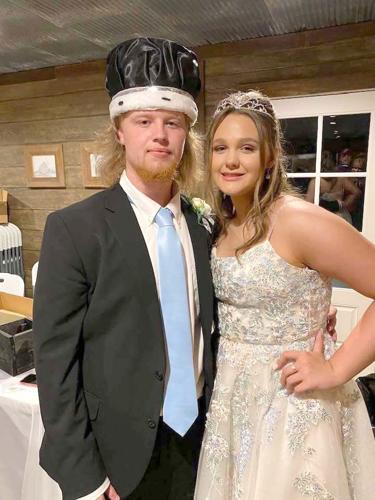 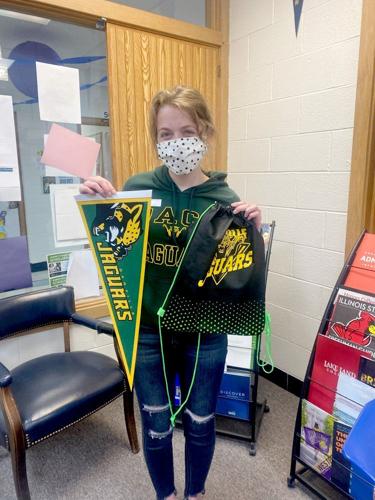 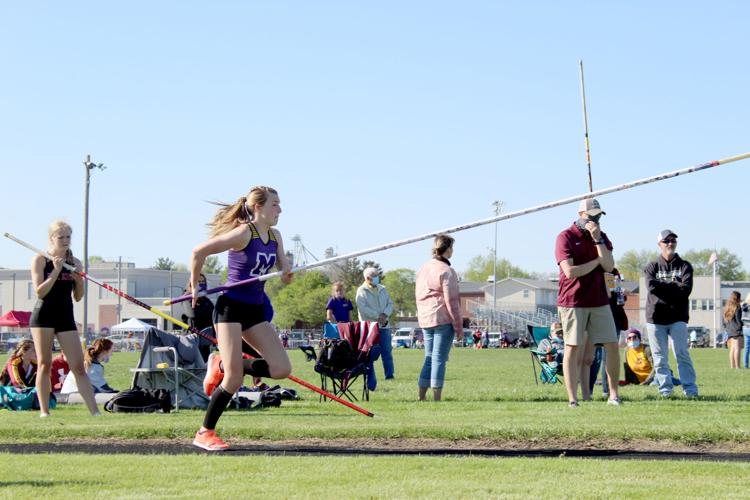 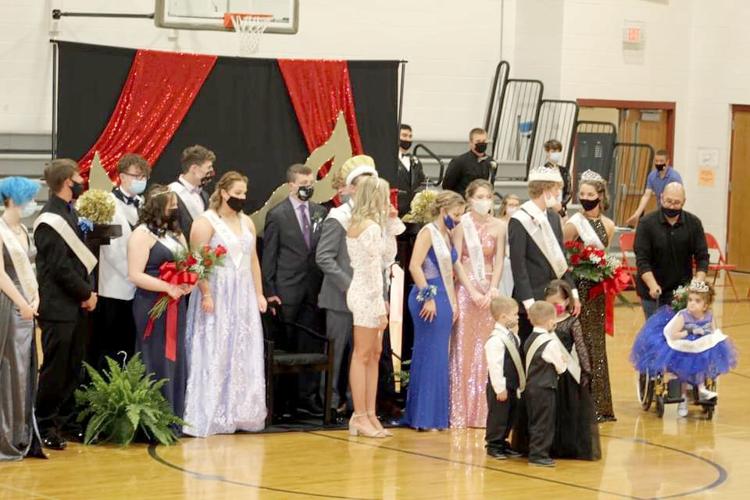 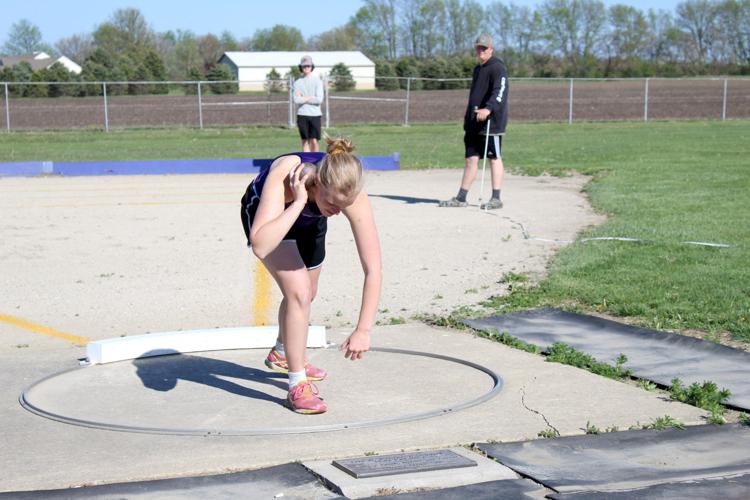 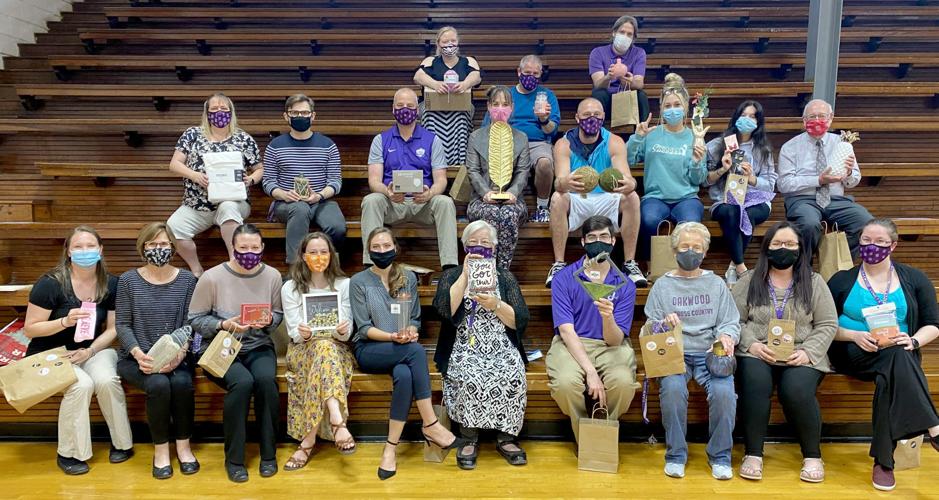 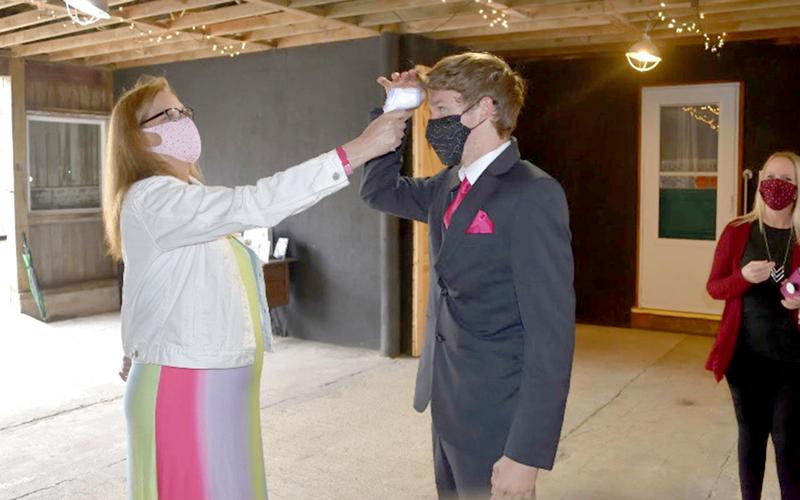 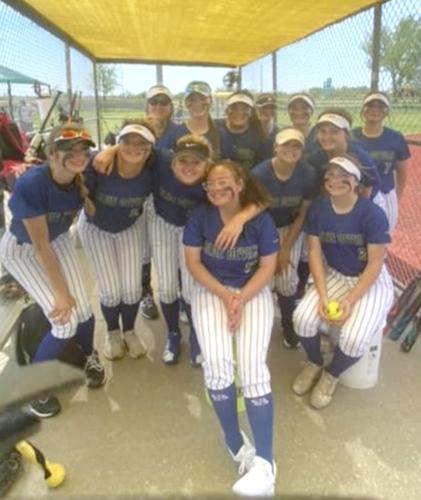 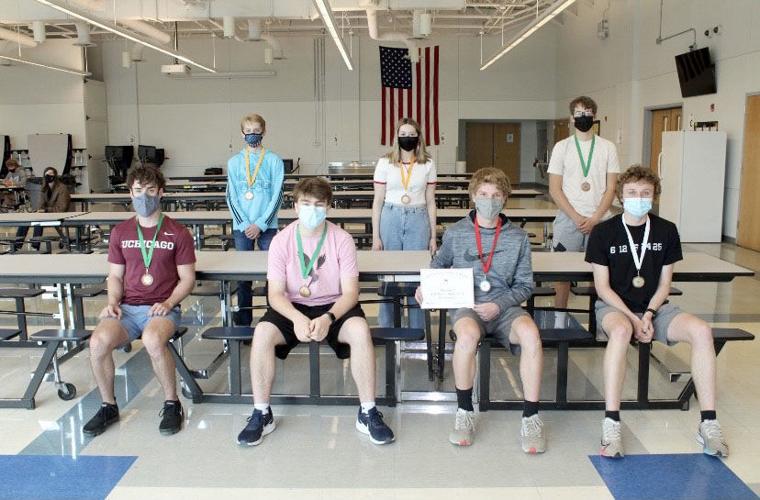 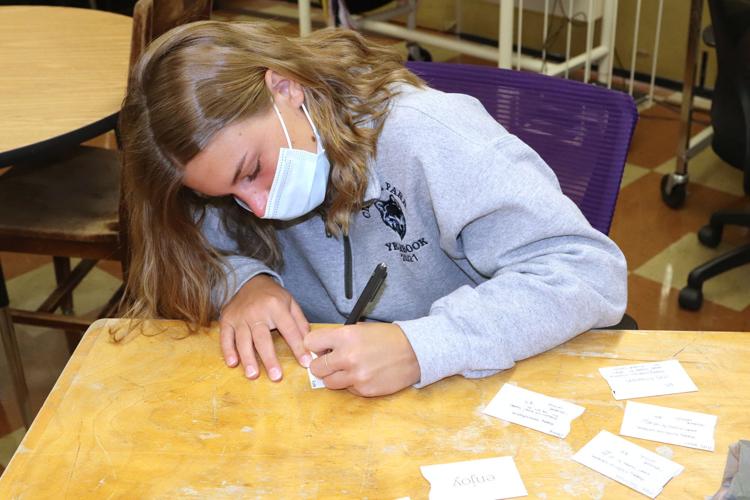 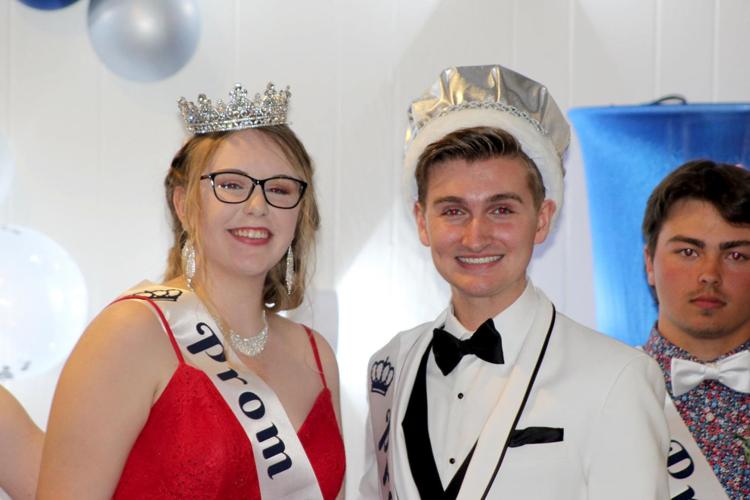 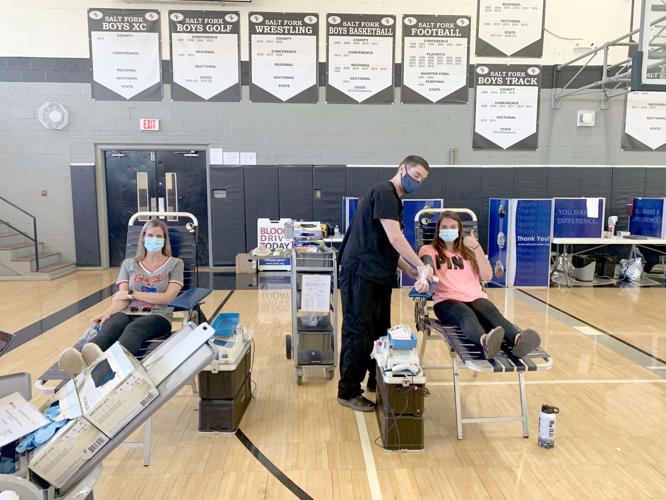 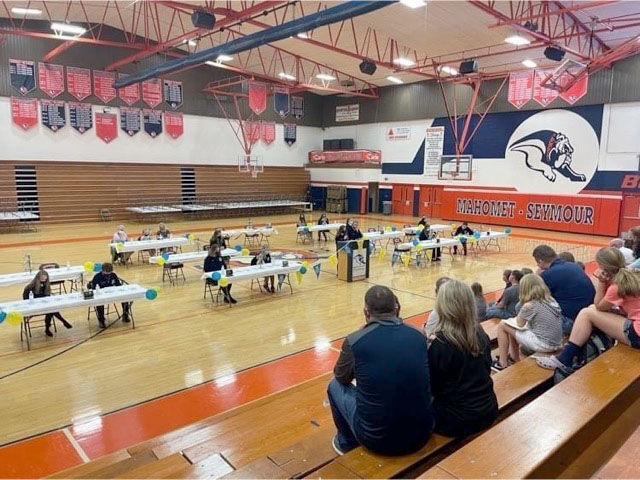 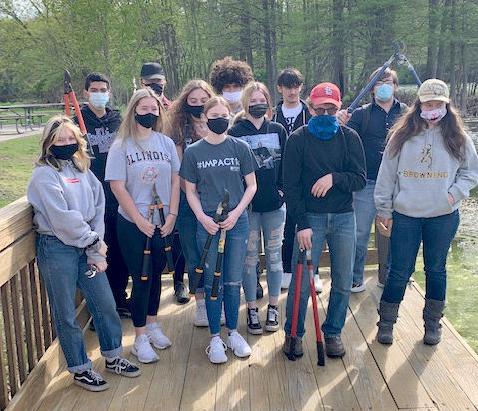 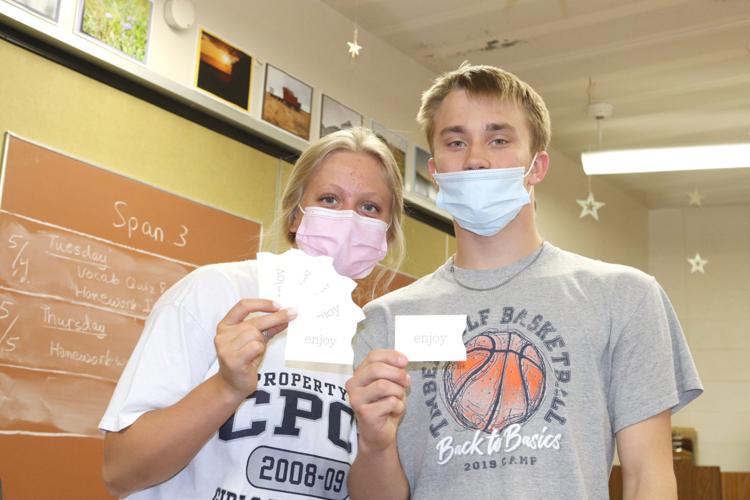 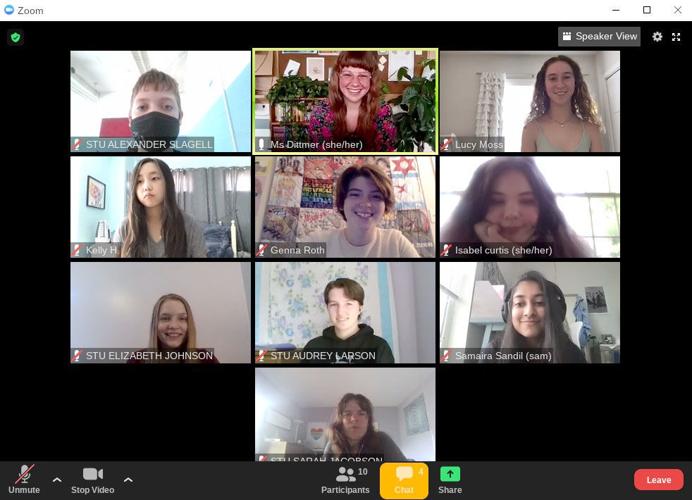 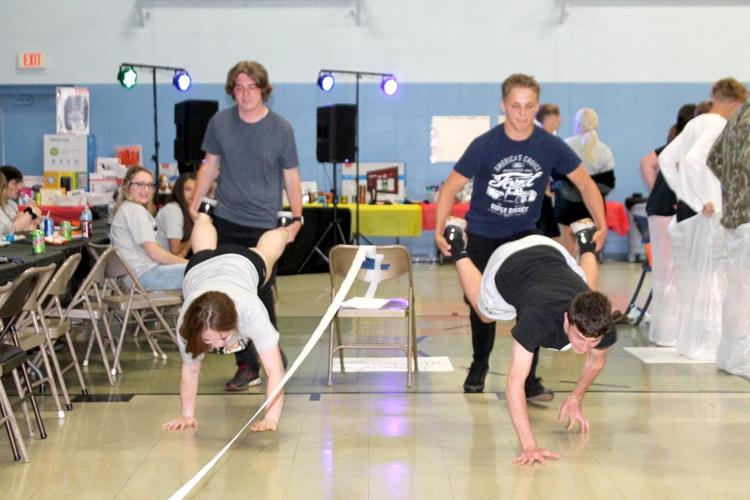 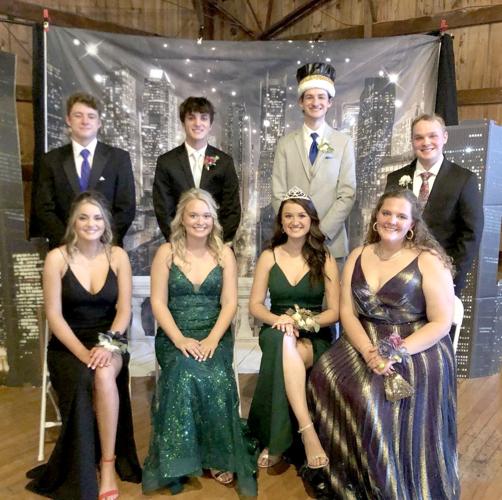 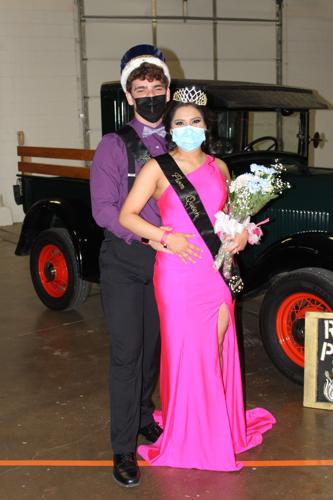 Welcome to Year 5 of High School Confidential, an award-winning project made possible by aspiring student journalists from every corner of our circulation area. Each Friday through May 14, they’ll tell us what’s happening in their hallways at news-gazette.com.

Jessee Quick signed to attend Greenville University to further his education and continue playing basketball. Quick remains involved in clubs and activities at the high school.

With graduation approaching, seniors had the opportunity to visit Danville Area Community College with school counselor Mendy Stephens. Students were able to choose their courses, tour the campus and even win prizes during trivia. Pictured: Haley Hill with her DACC gear.

The Champaign Central Chronicle, the school’s student-run newspaper, stopped publishing last spring due to the pandemic. This semester, thanks to a group of hardworking student journalists, Editor in Chief Lucy Moss said, The Chronicle came back to life, reporting on events, athletics, outstanding seniors and student reflections during the pandemic. Visit champaigncentralchronicle.com to read more from the staff, including Managing Editor Audrey Larson.

A group of science students participated in “Earth Day in the Parks,” cleaning up animal habitats, clearing debris and picking up trash at Kickapoo State Recreation Area.

Prom went on despite COVID-19 robbing many of the students’ opportunities this school year. The night was filled with fun, dancing and awesome fair food. Seniors Ryan Cheatham and Anna Sanders were crowned king and queen. Pictured: Junior Konner Pearman getting his temperature checked by chaperone Shawn White before entering the venue.

Chris Catron and Lindsey Paredes were crowned king and queen at the school’s junior and senior prom.

Prom week was a success for seniors as they captured the Spirit Stick in a weeklong competition against the rest of the high school as well as seventh- and eighth-graders. Seniors and sophomores, both boys and girls, won powderpuff against juniors and freshmen. On prom night, seniors and juniors enjoyed a dance-themed Masquerade Ball at the school. The prom court, left to right: Felicity Tuan, Cade Hettmansberger, Katie Bryant, Nathan Kereri, Feven Eisenmenger, Josh Li and Anna Black. Not pictured: Brandan Baltierra.

Wayne Meyer last week became the winningest coach in the school's baseball history, registering win No. 397 in a 15-3 romp of Decatur Lutheran. Said senior Parker Hogue: “It felt great. At the beginning of the game most of us had no idea that it was such an important game. We went out there and had a lot of fun together, played as a team and put together a huge win for the team and an even bigger win for Coach. Everyone stepped up and we pulled out a big win. It was awesome to be a part of such a huge game and to play for such a legendary coach.”

The district office made up white elephant gift bags for Teacher Appreciation Day, staff members enjoying both opening and trading gifts. It was a week of treats: doughnuts on Monday, lunch on Thursday and ice cream on Friday.

The math team was second at regionals and 11th at state, with Keagan Busboom placing fourth at state. Pictured, back row: Ephraim Johnson, Jordan Casteel and Mason Uden; front row: Adam Marchakitus, Hayden Schall, Busboom and Liam McMullin. Also, the April and May artists of the month were announced. Sydney Marshall won with her original painted album cover, and Maisy Johnson won with her use of embroidery floss.

Due to COVID-19 regulations, last Saturday’s prom was open only to seniors. The school served dinner in a tent on the front lawn of the school with a theme of “A Night Under the Stars” (pictured, left to right: Taylor Campbell with her date Brady Buss, and Xander Rieches with his date Haven Atwood.) Staff volunteered to help decorate the tent and serve food. Prom court followed dinner as Bella Getty and Brady Buss were crowned king and queen. Post prom was 8 to 11 p.m. inside the school, a carnival-themed event with games and activities for students (pictured: a late-night volleyball tournament).

School captains Rhea Pinto and Noah Eyman put together a field day. Beforehand, every senior was recognized for their accomplishments in front of students and staff. They were announced by next year's school captains, Molly Hergenrother and Abby Deptula.

The school’s combined Spring Initiative/Habitat for Humanity club held a movie night on the Uni quad last Saturday, screening the romantic comedy “10 Things I Hate About You” for crowd of 40 students. As an admissions fee, attendees were asked to either donate to Spring Initiative or bring a household object to donate to the local Habitat ReStore. Social distancing and mask regulations were enforced by faculty supervisors Benjamin Leff and Rachael Brewer.

Congratulations to prom king Landon Frazier and queen Makenzie Kantout — and to everyone who made post-prom such a fun occasion.