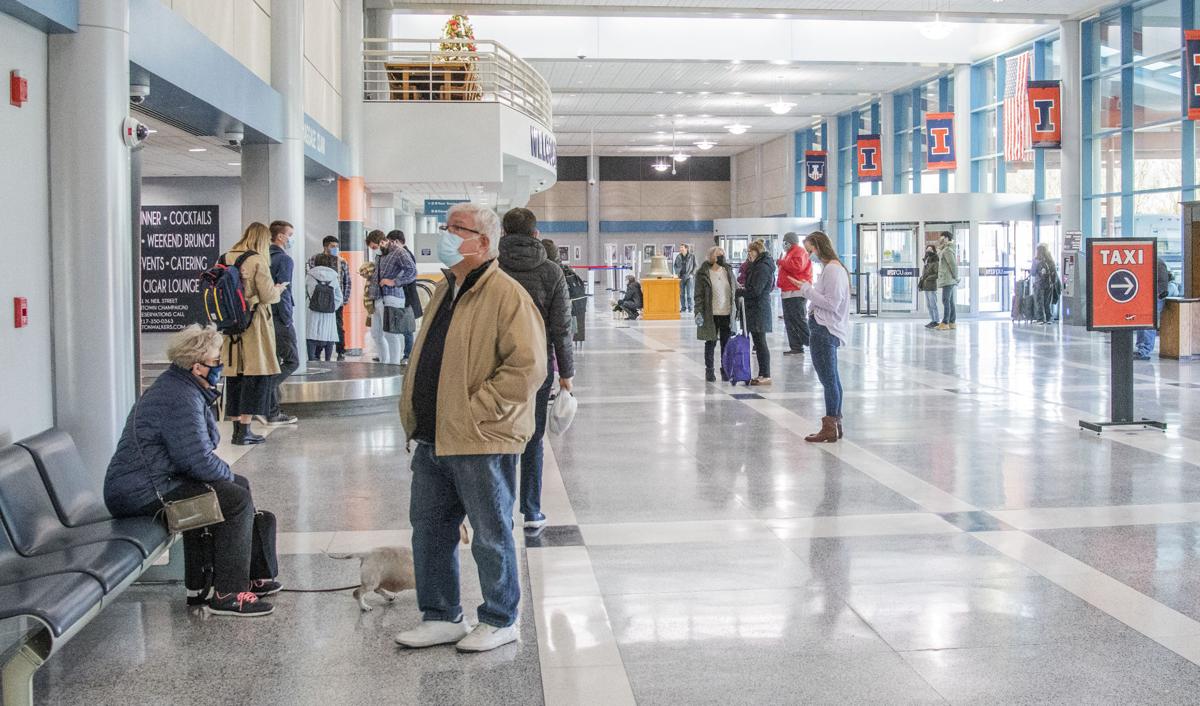 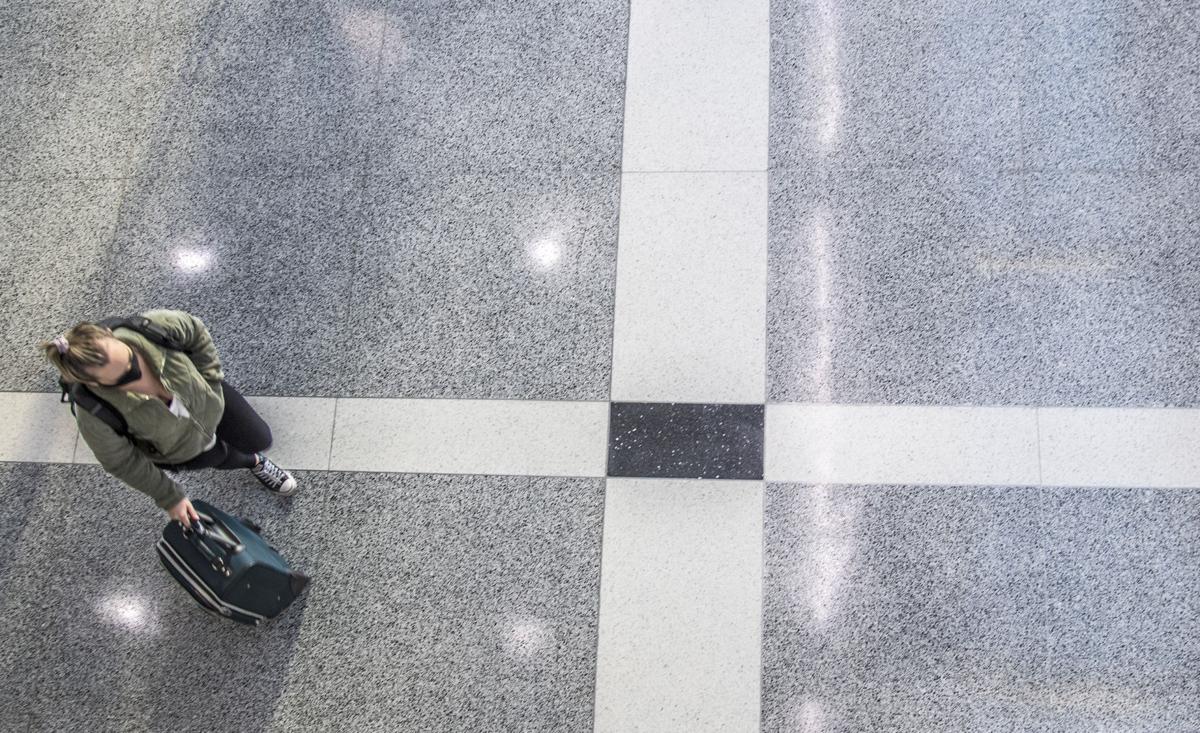 A woman heads to the escalators for an outbound flight Monday at Willard Airport in Savoy, where travel numbers are down about 60 percent this holiday season.

A woman heads to the escalators for an outbound flight Monday at Willard Airport in Savoy, where travel numbers are down about 60 percent this holiday season.

SAVOY — Planes flying out of Willard Airport have been fairly full this holiday season, but there’s not nearly as many flights as there were a year ago.

Load factor is a measure of how full the flights are and takes into account the distance they travel.

The load factor has improved during the holidays, up from around 40-50 percent earlier in the year, Bannon said.

Earlier this year, Willard temporarily dropped flights to Chicago, though that service has since returned.

“We’re very happy to have kept all the markets we currently serve,” Bannon said.

Willard received $1.83 million from the federal CARES Act in the spring, and $1.75 billion was included in the latest COVID-19 relief package for commercial airports, Bannon said.

“We don’t know how much is going to be allocated toward Willard Airport yet, but we look forward to seeing that,” he said.

While the airport hasn’t had to lay anyone off, Bannon said, “We’re financially healthy, but we do need to see a recovery to be self-sustainable again.”

Last weekend, more than a million passengers traveled each day through American airports, according to the TSA, down from more than 2 million a day a year ago.

Nationwide, air travel is expected to drop 60 percent compared to last year during the holidays, according to AAA.

About 34 million fewer Americans are expected to travel for the holidays, down from 118.9 million last year to 84.5 million this year.

“We’re not terribly busy,” Amtrak spokesman Marc Magliari said. “It’s certainly unlike Christmas and the December holidays a year ago.”

Already, Thanksgiving ridership was well below normal, he said, so Christmas travel on Amtrak isn’t expected to pick up that much either.

Amtrak is running fewer trains through Champaign-Urbana than a year ago, and each train is capped at 50 percent capacity for coach seating.

Ridership “was trending upward toward July, and then has fallen back down,” Magliari said. “Right now, we’re at about 20 percent of normal.”

Amtrak received about $1 billion in the latest COVID-19 relief bill, which CEO Bill Flynn called “a temporary band-aid” in a statement.