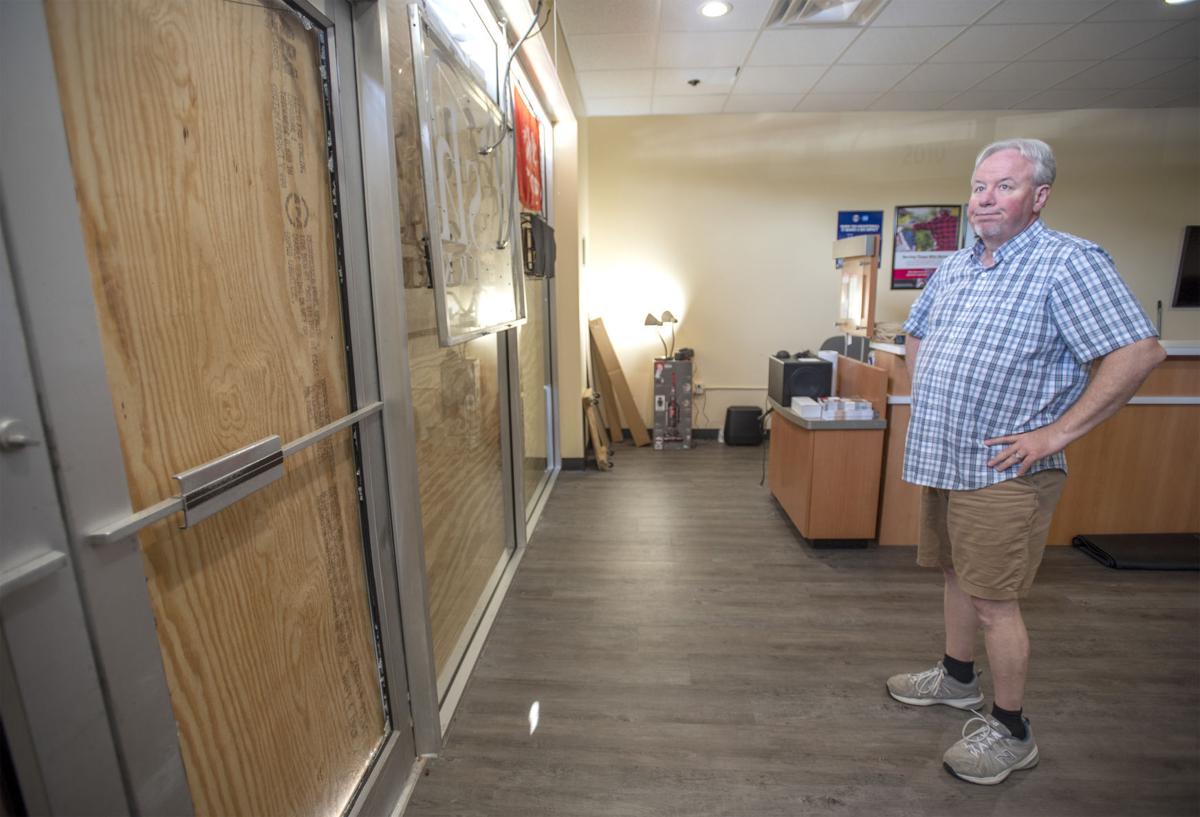 Good Vibes manager Mike Roy talks about damage to the doors Wednesday, June 3, 2020, at the store in west Champaign. 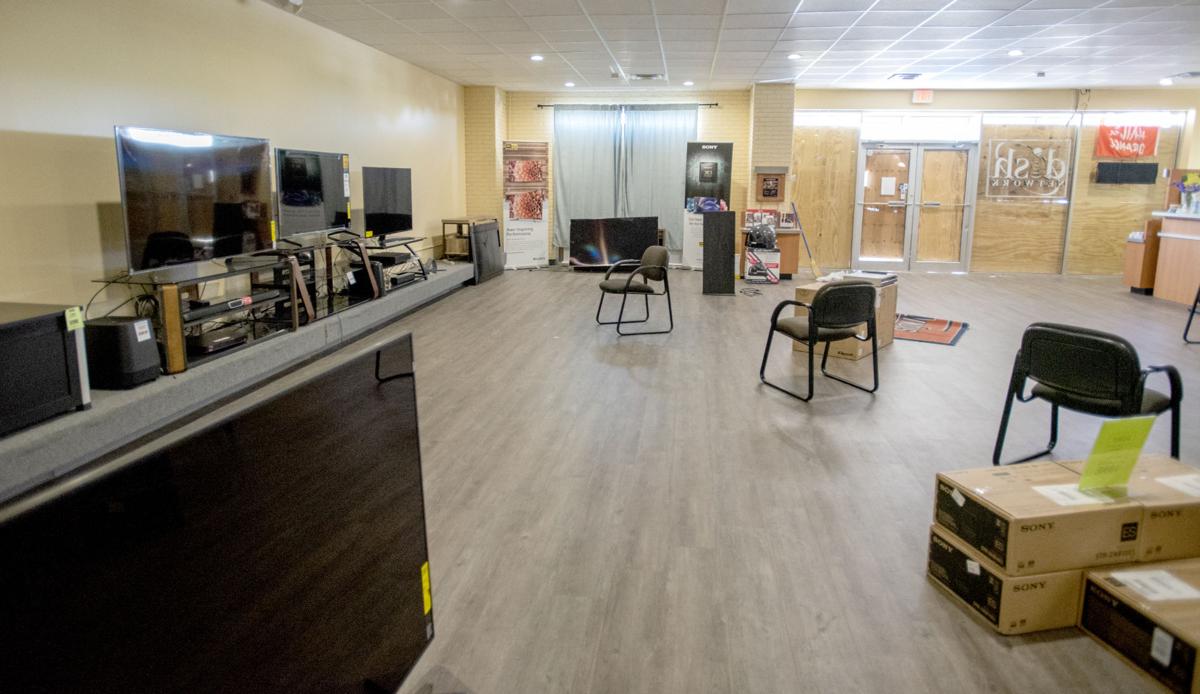 Most of the damage done by looters Sunday night, May 31, 2020, had been cleaned up by Wednesday, June 3, at Good Vibes in Champaign. 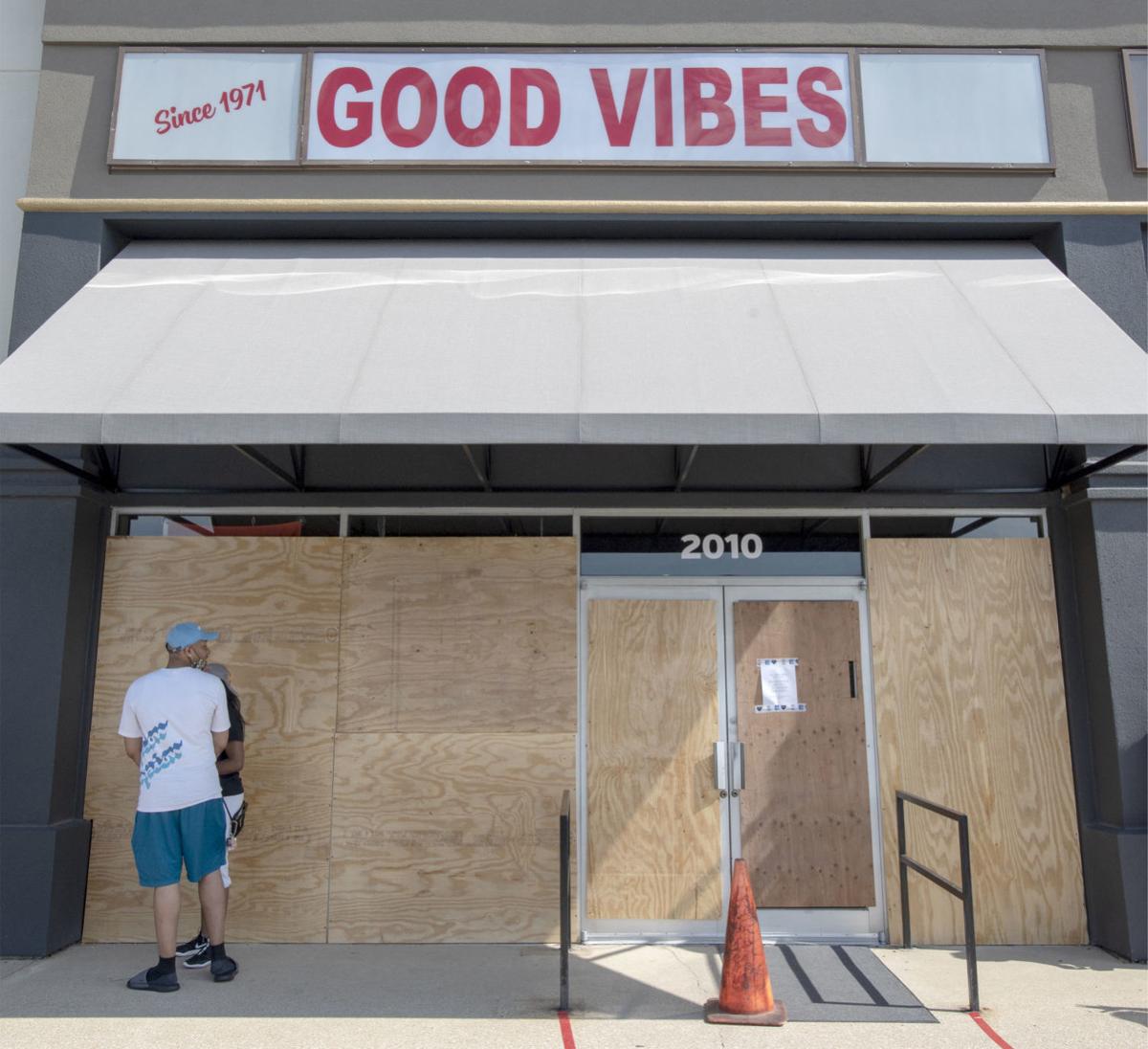 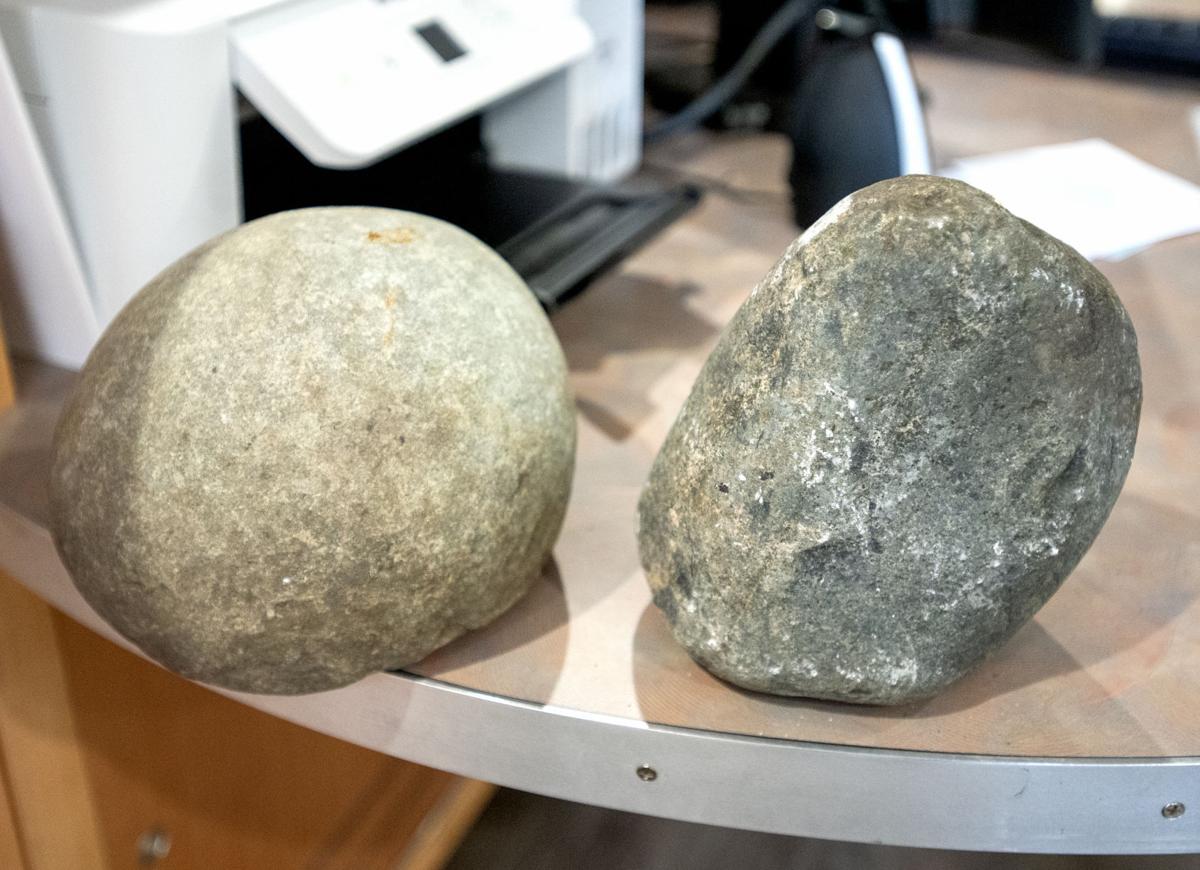 These rocks were used to break the windows on the front of Good Vibes in Champaign.

Good Vibes manager Mike Roy talks about damage to the doors Wednesday, June 3, 2020, at the store in west Champaign.

Most of the damage done by looters Sunday night, May 31, 2020, had been cleaned up by Wednesday, June 3, at Good Vibes in Champaign.

These rocks were used to break the windows on the front of Good Vibes in Champaign.

CHAMPAIGN — After having to close his store for more than two months because of the state lockdown, Steve Suderman was all set to reopen Monday.

“It was to be a joyous reopening, and instead it was pretty gloomy,” he said Wednesday.

Looters came not just once but twice Sunday night to his Champaign store — Good Vibes Sound, at 2010 Round Barn Road — smashing their way in through the door and carting away much of the inventory.

Suderman had just moved about a year ago to his current location from North Prospect Avenue, an area that was also heavily looted and damaged Sunday night.

Earlier in the evening, he was feeling glad he was no longer on North Prospect. But his relief was short-lived.

Suderman first learned of trouble at his store when he was notified the alarms were activated there at 10:24 p.m. Sunday, he said.

He headed right over and was a block away 10 minutes later, arriving ahead of police. But it was too late.

“By then, they’d already cleaned us out,” he said.

Security videos show at least a dozen, maybe 15, looters coming through the door after it was smashed open, with about half of them women, Suderman said.

The first group of looters couldn’t fit everything into their vehicles, so they left three TVs and a large floor-standing speaker in the parking lot and another group returned for those items an hour later, he said.

Suderman was at the store, cleaning up glass with a shovel, when the looters returned and converged on him.

He told them the police were on their way, and while no weapons were shown, “there was a lot of adrenaline and a whole lot of anger,” he said.

What else Suderman did in response to the second group of looters was pull out his cellphone and begin taking pictures of them, he said.

Among the items taken in the first round of looting were Samsung, LG and Sony TVs, some brand new in boxes and some out on display, Suderman said.

Suderman said he’s insured for losses, though he’ll get just wholesale price reimbursement. But that’s not the only problem.

“I can’t even replace this inventory,” he said.

TVs in the popular size and price ranges are hard to get right now due to COVID-19-related plant closings, Suderman said, “and that’s what got taken, the stuff that was pretty popular.”

Days later, Suderman found some things to laugh about.

One was the way the looters smashed open one of the doors but didn’t bother with the other, so they wound up bottlenecked as they tried to rush out with the merchandise, he said.

And when looters returned for items left in the parking lot, he said, they hauled away a large TV “like a mattress right on top of the car. One was probably holding it down.”

Suderman said he returned to his store Monday night with a shotgun and watched it from his vehicle for about an hour.

The store remains boarded up for now, but it’s open. Customers just need to call first so store employees can let them in, Suderman said.

He does still have some things to sell, he said, though he planned to spend some time later Wednesday removing items from the website that are no longer available.

Suderman was waiting on glass to be replaced at his store but said he planned to leave it boarded up until he feels it’s safe to take the barricades down.

He believes this was a highly organized hit on a number of targets, in which police were intentionally spread out as looters set out to cause as much trouble as possible.

“My take on this is there were people from out of town, some people in town, and in-town people set up targets and they brought some talent in from out town to be involved in the hit,” he said. “This was not an entirely local operation, I’d bet.”