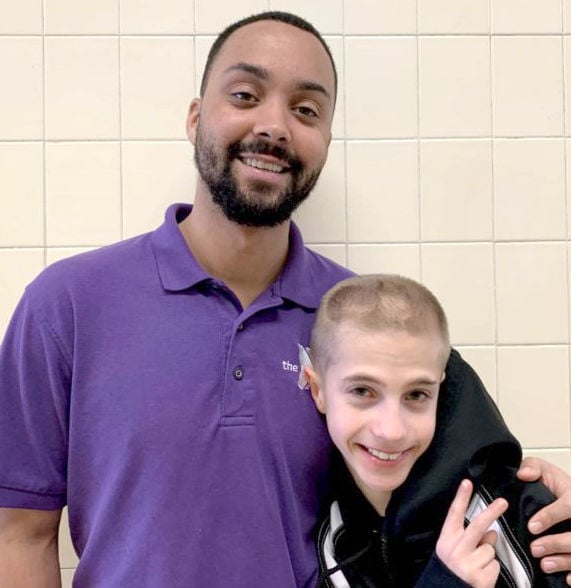 Cody Flowers and mentee Jonathon Gardner-VanDyke, 11, pose for a photo at Robeson Elementary School in Champaign before the statewide shutdown. 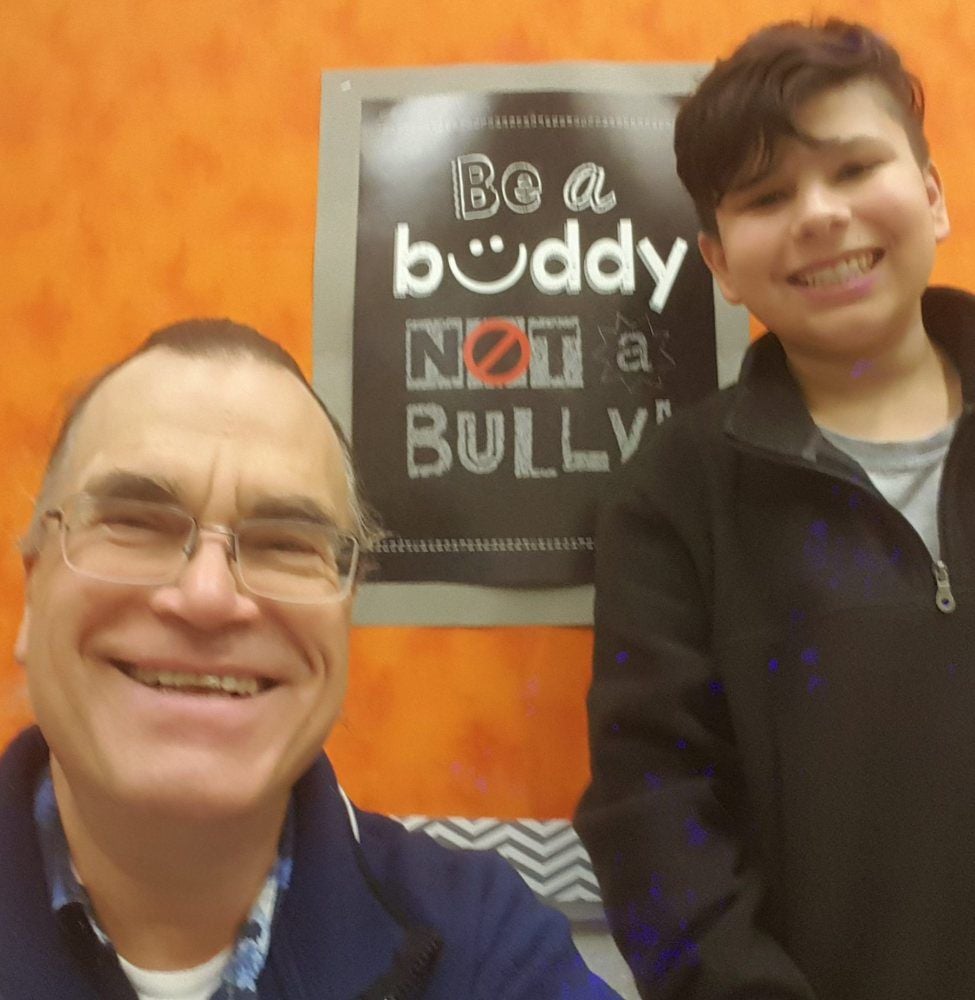 Scott Schwartz and his mentee, D'Marco Hernandez, 15, a freshman at Urbana High School, are shown during a 2018 meeting.

Cody Flowers and mentee Jonathon Gardner-VanDyke, 11, pose for a photo at Robeson Elementary School in Champaign before the statewide shutdown.

Scott Schwartz and his mentee, D'Marco Hernandez, 15, a freshman at Urbana High School, are shown during a 2018 meeting.

Jonathon Gardner-VanDyke recently uttered words one might not expect from an 11-year-old.

“I am going crazy. I want to be back at school,” he said.

Part of the fifth-grader’s reason for pining for Robeson Elementary is that he’s missing Cody Flowers, the mentor assigned to him just weeks before the governor closed schools.

“I would see him every Thursday. We would eat, and if I wanted to, we could go outside and play. He’s really good at sports,” Gardner-VanDyke said of his first-ever mentor.

The two got in about three or four meetings, said Flowers, before the coronavirus pandemic changed everyone’s routines.

From phone calls to texts to virtual meetings to — gasp — pen, paper and U.S. mail, area mentors and the children they are paired with are doing their best to keep up their relationships in quarantine.

There are 670 active matches in the Champaign and Urbana school districts, said Lauren Smith, who runs the mentoring program for Champaign.

Flowers, the youth program director at the Stephens Family YMCA, was just starting to get into an enjoyable rhythm before the shutdown.

Although Flowers did peer mentoring in high school, Jonathon is his first child mentee. Both of them had to answer questions for Lori Rogers, mentor coordinator at Robeson, who paired them up.

“We both enjoy the competitive environment. We both like to play games, compete and want to win. We are both into movies, video games. We like to draw,” said Flowers of the ready-made activities in a free-moving society. “With everything going on, I had no clue as to how I was going to contact my mentee.”

“I jumped on this idea quickly and wrote Jonathon my first letter. His response was absolutely wonderful,” Flowers said. “I could tell he was so excited because he drew a bunch of smiley faces and ‘LOLs’ after every sentence. I knew I had to write him back ASAP.

“The next letter I wrote was filled with questions like, ‘How are you handling not having school? How are you keeping busy?’ I continued with questions and at the end of the letter, I told him writing letters is a little old-fashioned and I came up with an idea to spice it up. At the bottom of the paper, I drew a tick-tack-toe board and made my move. I said, ‘Your move,’ then mailed it off and am waiting for a response.”

“I thought it was awesome. I tried to figure out what I could write,” he said, admitting that he’s now a bit backed up on his correspondence.

His mother, Samantha Smith, loves the idea, and that her son has a mentor.

“What I like about it is he’s got somebody who can show him that to be cool in school, you have to be there and work hard and just not let anybody put you down,” she said.

Although she has yet to meet or speak to Flowers, she likes the letter-writing idea while in quarantine.

“Not only does it help him keep connected, but it helps with his penmanship, spelling and ties in with school work,” Smith said.

Across town, Scott Schwartz and long-time mentee D’Marco Hernandez are staying in touch via virtual meetings.

Together for more than five years, the two are fairly in tune to each other. That’s fitting for Schwartz, whose life centers on music. He is the director and archivist for the Sousa Archives and Center for American Music at the University of Illinois, a job that consumes him.

“From my point of view, I get so much more out of the relationship than he does because it forces me to step out of the work realm I’m constantly in and connect with something else that’s real — a young guy that’s very smart,” Schwartz said. “It’s important to both of us for distinctly different reasons. I’m just somebody he can talk to and be there regularly, one time a week.”

Unable to see each other at Urbana High School, where Hernandez, 15, is a freshman, the pair settled on videoconferencing as a way to stay in touch. Schwartz jokes that Hernandez is far more technically savvy than he is.

“I have this cellphone and he looked at it and said, ‘You really don’t know how to use this,’” said Schwartz, who declined to give his age but has three grown children. “He showed me all kinds of cool things of which I was able to remember about a nanosecond’s worth.”

Hernandez calls Schwartz a “good friend” who “cares a lot about my family.”

“He stays in touch with me, even on non-school days. On the weekends, he texts and asks how we’re doing,” Hernandez said.

The two talk a lot about sports. Hernandez is a baseball player, missing his position in left field at the moment. Schwartz is a woodworker and has exposed Hernandez to that joy. The teen made his mother a clock with his mentor’s guidance.

“He’s a great guy,” Cynthia Lindsey said of Schwartz. “It gives D’Marco the opportunity to see outside our little world.”

Although Hernandez’s father is very involved in his son’s life, he lives in Houston, so Schwartz fills a gap.

— “We tried for one week to meet just with a phone call, but neither of us felt like it worked,” said Janet Roadcap, who mentors a senior at Centennial High School. “We decided to meet in person to do outside walks. I made us each a mask and we take recommended precautions when we are together.

“We also text several times a week to stay in touch. I truly look forward to meeting each week.”— Rocio Arroyave-Jamison, who mentors an Urbana High School student, said texting is the best course now for her and her mentee.

“My mentee lives in the country and cannot get very good service. Whether I receive an answer to my messages or not, I still keep reaching out. I didn’t realize how vital it is for her to know I am still here as her go-to when she needs me. This is turning her whole life upside down.”