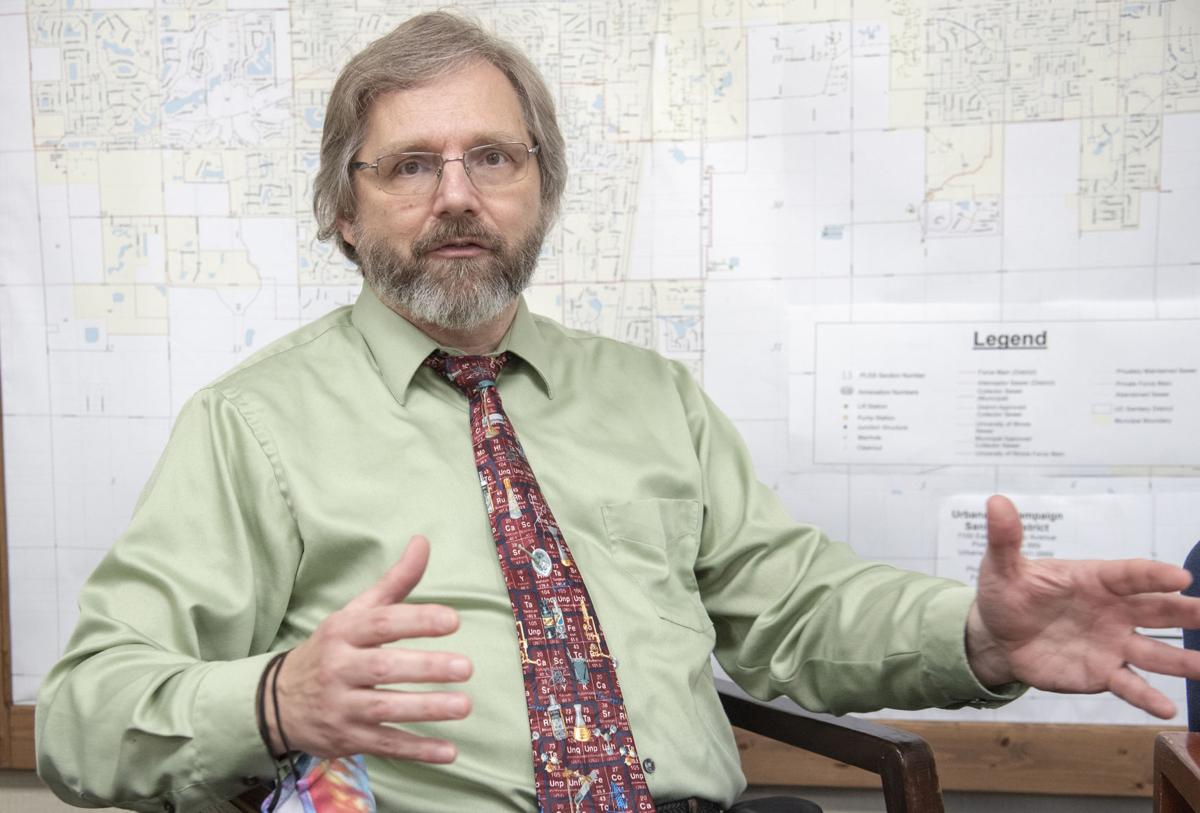 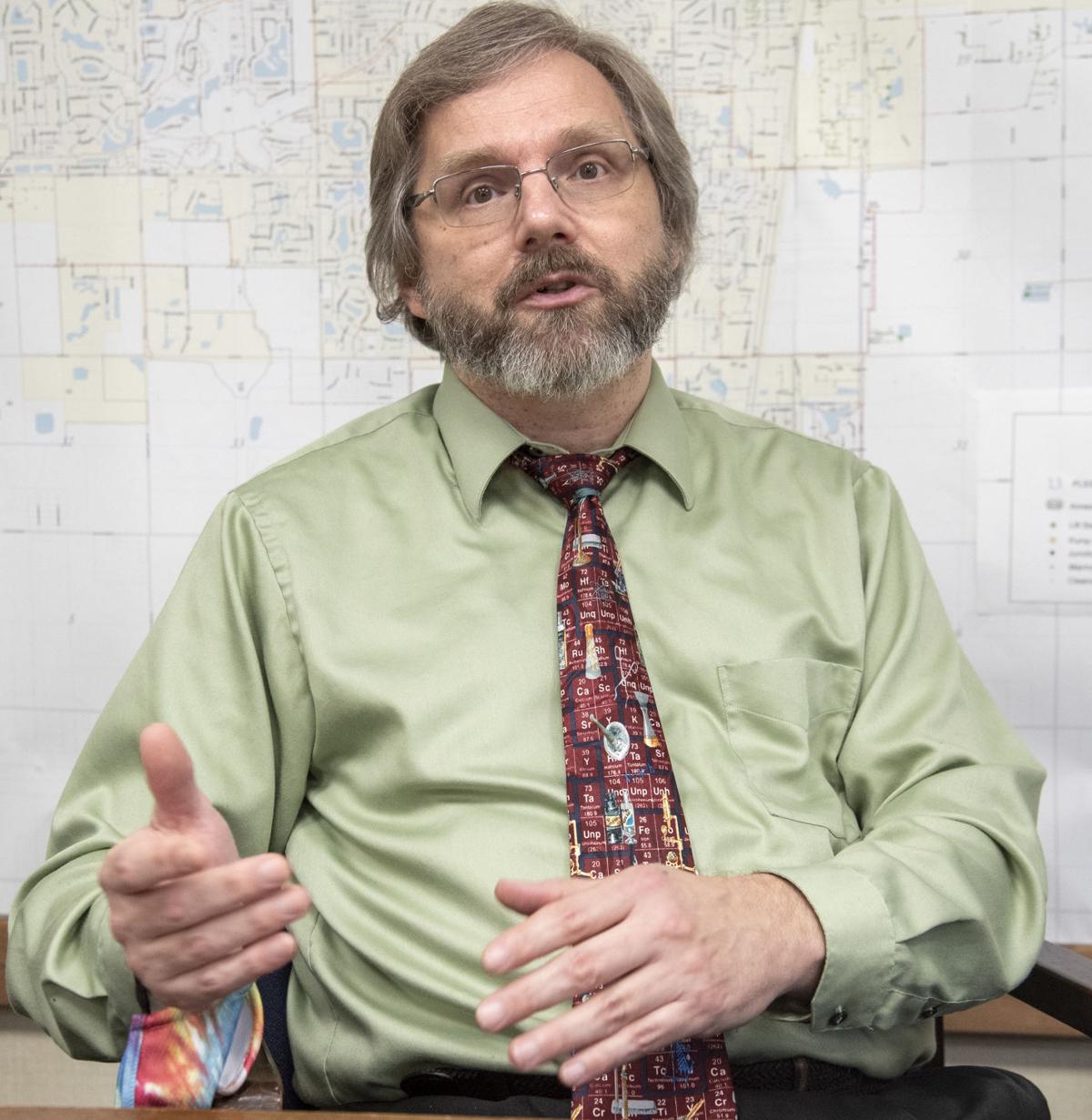 Rick Manner, executive director of the sanitary district, talks about the need for money in the district at the office in Urbana on Tuesday, June 15, 2021.

Rick Manner, executive director of the sanitary district, talks about the need for money in the district at the office in Urbana on Tuesday, June 15, 2021.

URBANA — The century-old Urbana & Champaign Sanitary District is facing a more than $2.5 million budget deficit next year, in part because thousands of customers haven’t paid their bills during the pandemic.

As of late May, the sanitary district had more than 4,000 past-due accounts that owed a total of $600,000, according to Executive Director Rick Manner.

A third of those customers have paid nothing for more than 120 days, he said.

“Before COVID, we actually had a pretty good payment rate, with very few people falling behind or being threatened with disconnection,” Manner said.

The sanitary district hasn’t been threatening any disconnections through the pandemic, and the majority of customers have continued to pay their bills, he said, but “some people have not paid for 16 months.”

If the district were threatening past-due accounts with service cut-offs, 1,300 customers would be facing disconnection — 25 times more than the usual amount, Manner said.

The last rate increase imposed by the sanitary district was 3 percent on May 1, 2020, the same as was imposed in each of the prior three years, Manner said.

The sanitary district provides wastewater treatment for properties in Champaign, Urbana, Bondville, Savoy, the University of Illinois and some surrounding adjacent areas. That includes about 40,000 residential customers and 3,000 larger building, commercial, government and industrial accounts, according to Manner.

It’s not just lagging payments that have contributed to the sanitary district’s current financial plight. Other pieces of the district’s income have also declined due to the pandemic.

Manner said connection fees paid by developers have declined by about $700,000 and reduced use from businesses and the UI have accounted for another $800,000 hit in the past year. Interest income is also down, he said.

The sanitary district is prudently run, so it can absorb a bad year, Manner said. But that will mean tapping into reserves and cutting costs for next year by deferring maintenance, and that can come with a long-term cost if equipment failures arise, he said.

Manner has asked the Champaign County Board to consider using some of the $40 million-plus in federal funds awarded to the county in from the coronavirus relief bill passed in March to help the sanitary district expand billing assistance on past-due accounts.

The district will also be asking for other assistance to help restore preventive maintenance, he said.

“If the district digs out from this record-breaking financial mess using only our own resources, we will eventually get back to being whole,” he told the board in a May 21 letter. “But that will take years, and we will inevitably put a drag on the local economy. We will be spending less and we will be obligating ratepayers to replace the lost income.”